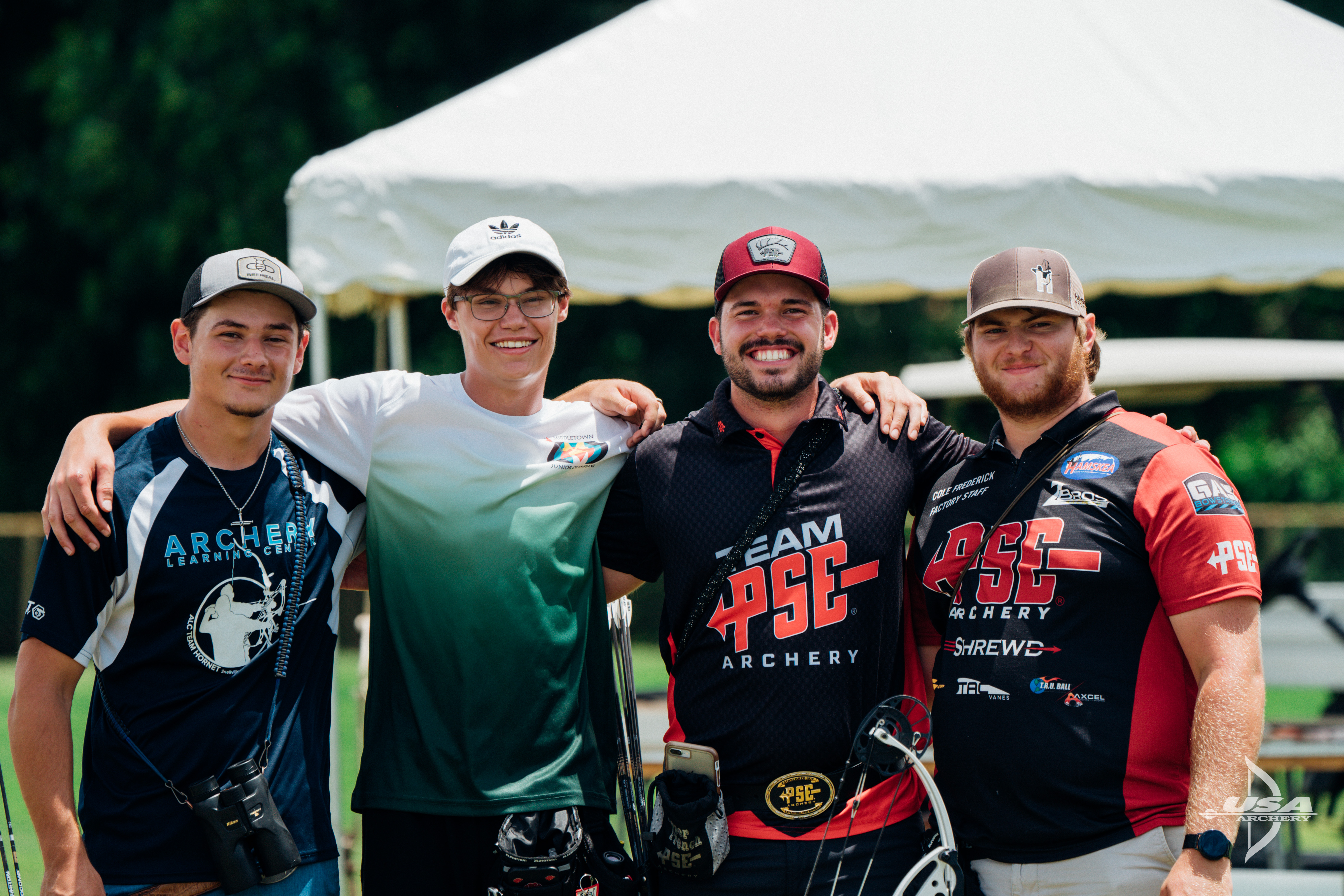 USA Archery was thrilled to see countless examples of good sportsmanship, friends and competitors cheering each other to strong finishes and many laughs and smiles across the field.

This tournament, an annual favorite of Olympian Casey Kaufhold, was her final big competition before she heads to Tokyo to represent Team USA at the Olympic Games. Kaufhold qualified first for the recurve junior women both days and won today’s matches outright.

Through today’s matches Kaufhold and friends were spotted dancing and singing across the field, just really enjoying good archery competition. “It feels really good to just relax and enjoy a tournament,” shared Kaufhold. “I’m not trying to say I don’t enjoy every other tournament, it’s just kind of easier to let loose here and still focus on shooting well. I really enjoy shooting with the juniors, I have for a couple of years now, so it’s good to back, to relax and have fun. I was definitely focused on shooting because it’s prep for Tokyo and I did well with that but also had a really great time.”

Joonsuh Oh dominated the recurve junior men’s competition all weekend, while the cadet men’s division was rocked in today’s matches. The top four were all seeded 16th and lower from qualification, with No. 18 Daniel Mueller taking the gold.

The triumphs and impressive stories from this weekend were abundant, and USA Archery is incredibly thankful to all the archers, parents, coaches, judges and field crew who made this event possible. The Jack Allen Recreation Complex was a fantastic host venue and the Decatur Morgan County Tourism team could not have made a more welcoming atmosphere. Stay tuned tomorrow for results from the U.S. Team Trials for the Junior Pan American Games and World Archery Youth Championships.

View complete results from the competition and official photos.

Congratulations to our 2021 JOAD Target National Champions and Medalists!