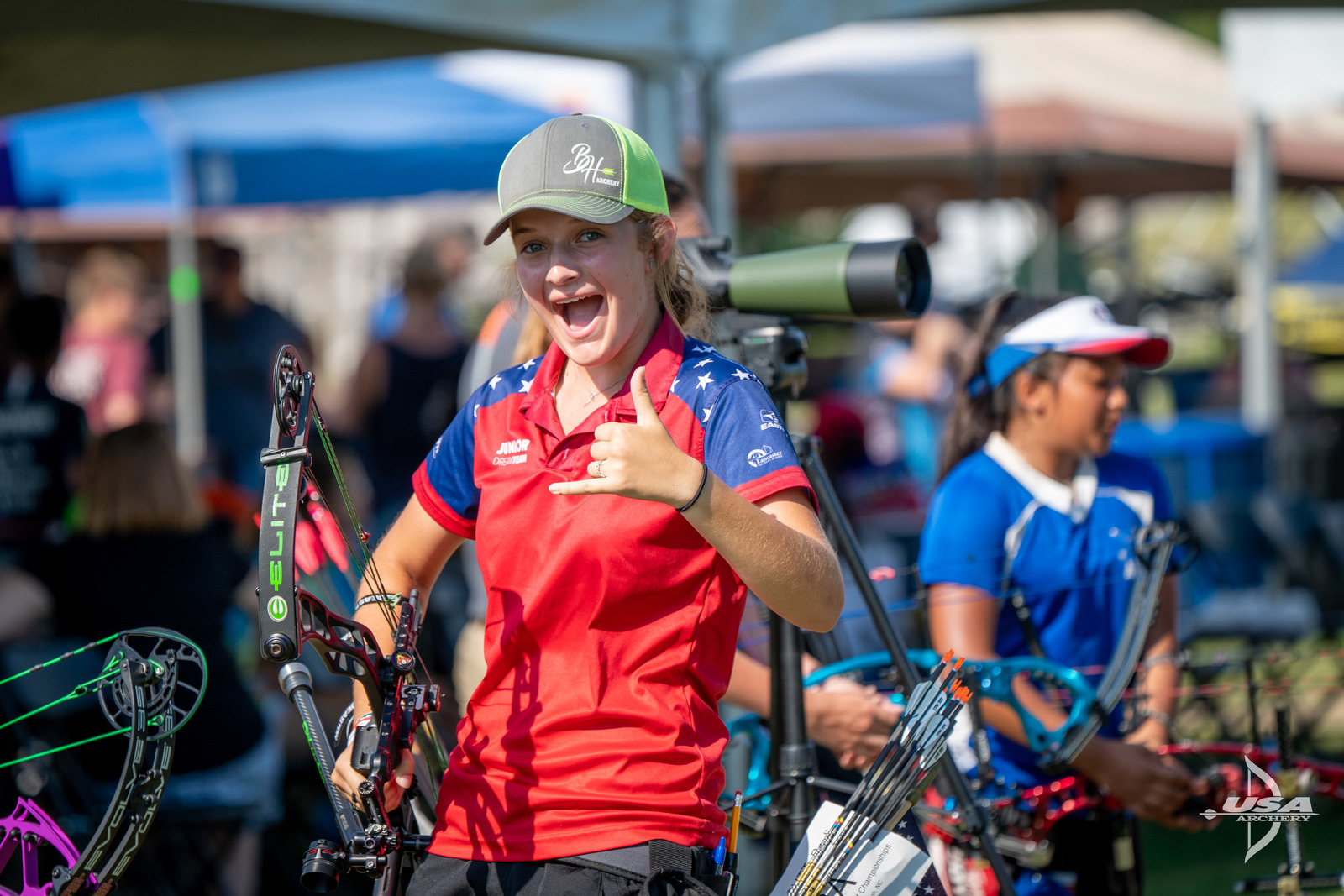 For the Oblanders, archery is a family event. Both brothers compete in the recurve division and after almost a decade in the sport, their hard work has earned them both spots on national podiums this year. Dylan Oblander won the cadet national champion title today over 99 other archers in one of the most competitive brackets on the field, after upsetting top seed Joonsuh Oh, who set a world record in qualification (subject to ratification).

“I have been working so hard at home and it’s finally paid off,” shared Oblander. “I think it’s been like 7 or 8 years I’ve been shooting this event and it’s been a rough year for me but I got through. Devin and I have been training really hard and doing a lot of mental management and it’s been helping a lot. Next up is Texas Shootout and we just have to train even harder.”

The largest bracket on the field, the cadet recurve women, had 114 archers qualify. Emerging victorious was Brianna Laux after a long day of hard fought matches. For Laux too, archery is a family event. Her mom, Jennifer, is a judge at this event and Laux missed having her brother standing behind her as a coach.

“This win is a relief, I have been working so hard recently and it just feels so good to do well in eliminations. I take this as a good step towards the Tokyo 2020 Olympic trials. I am so ready and I think it’s going to be a good season; there are a lot of up and comers heading to the Trials.”

Also looking forward to senior events, Savannah Vanderwier has been a top finisher on the USAT circuit this year and took the compound junior women’s national champion title today. “I won in 2017 in a shoot off too, so it’s pretty cool to come back and do that again,” shared Vanderwier. “It feels pretty awesome. I really didn’t think I was shooting that well today so to finish out on top was pretty cool.”

Next stop for Vanderwier and several other athletes at this event is the World Archery Youth Championships in Madrid: “This event was good prep for that right before nationals and Spain and I was really excited about this. I have a lot more fun with friends here because I know so many people here. It really is different having shot in the senior division and then coming back to junior. It’s a lot more chill.”