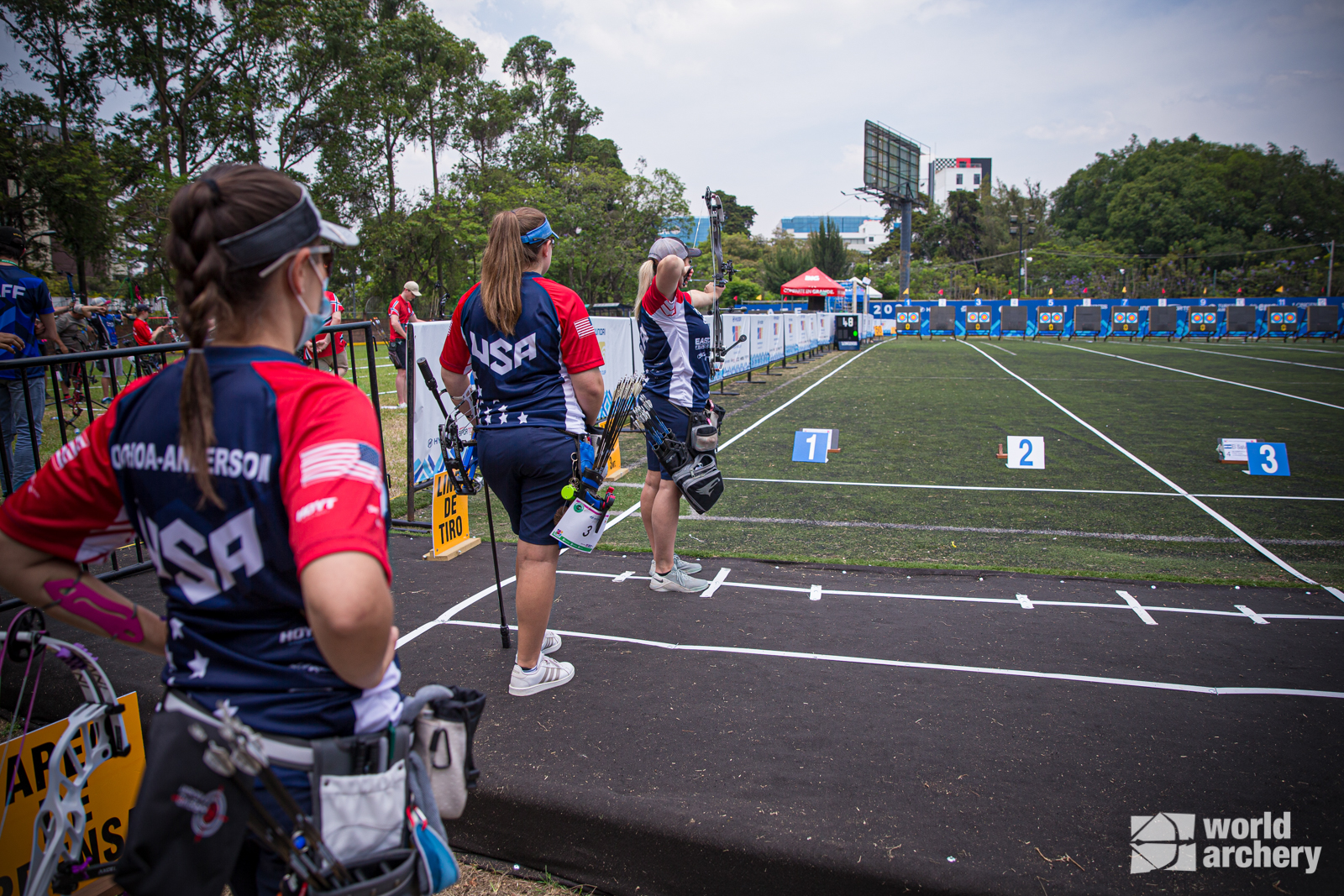 GUATEMALA CITY, Guatemala – A year’s hiatus from the international events has the powerful USA world cup squad back on the scene in peak form. USA Archery, the reigning Nation’s Award winner for success on the Hyundai Archery World Cup (having won 7 times out of 14 years, and named in the top three all 14), came out with a super strong showing in a return to the world stage.

In impressive qualification rankings, Paige Pearce set a new national record of 707, 11 USA archers scored in the top 10 of their divisions, and 5 of 6 teams ranked first. Through two days of early elimination matches, archers continued to post solid scores on their way to medal matches.

The World Cup series features a new format this year where preliminary individual matches are contested through the quarterfinals and then a final four tournament is featured in the weekend’s televised coverage. 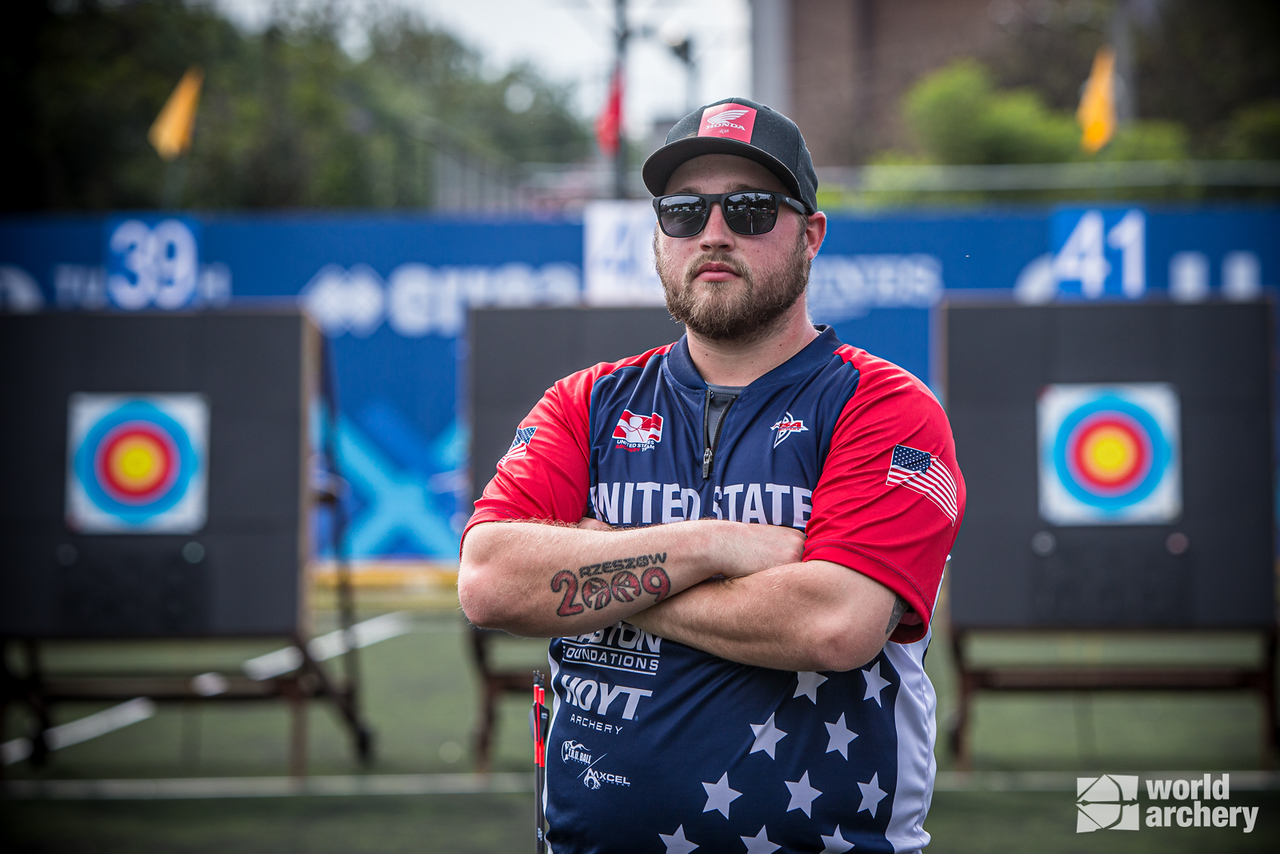 After podium finishes at every stage of her inaugural season, Alexis Ruiz earned a spot in the finals for the compound women along with Savannah Vanderwier In her World Cup debut. U.S. archers account for half the spots in the individual compound finals as 2nd seed Braden Gellenthien and Kris Schaff are through to the men’s finals. All on opposite sides of the bracket, it’s possible we could see two all-U.S. gold matches.

Top U.S. seeds Paige Pearce and Brady Ellison did not make the cut to the finals. In the quarterfinals, Pearce shot against teammate Vanderwier; along with Ruiz, all three posted 146s that round, which was the highest score on the field. A one-arrow shoot off saw matching scores again for Pearce and Vanderwier, but it was Vanderwier’s arrow that was closest to the center to advance.

World No. 1 and World Champion Ellison fell in a surprising first round upset; “it’s not like s hot bad, he just shot good,” Ellison commented to World Archery. “I got beat today. Recurve archery is a sprint now and sometimes you lose it.” 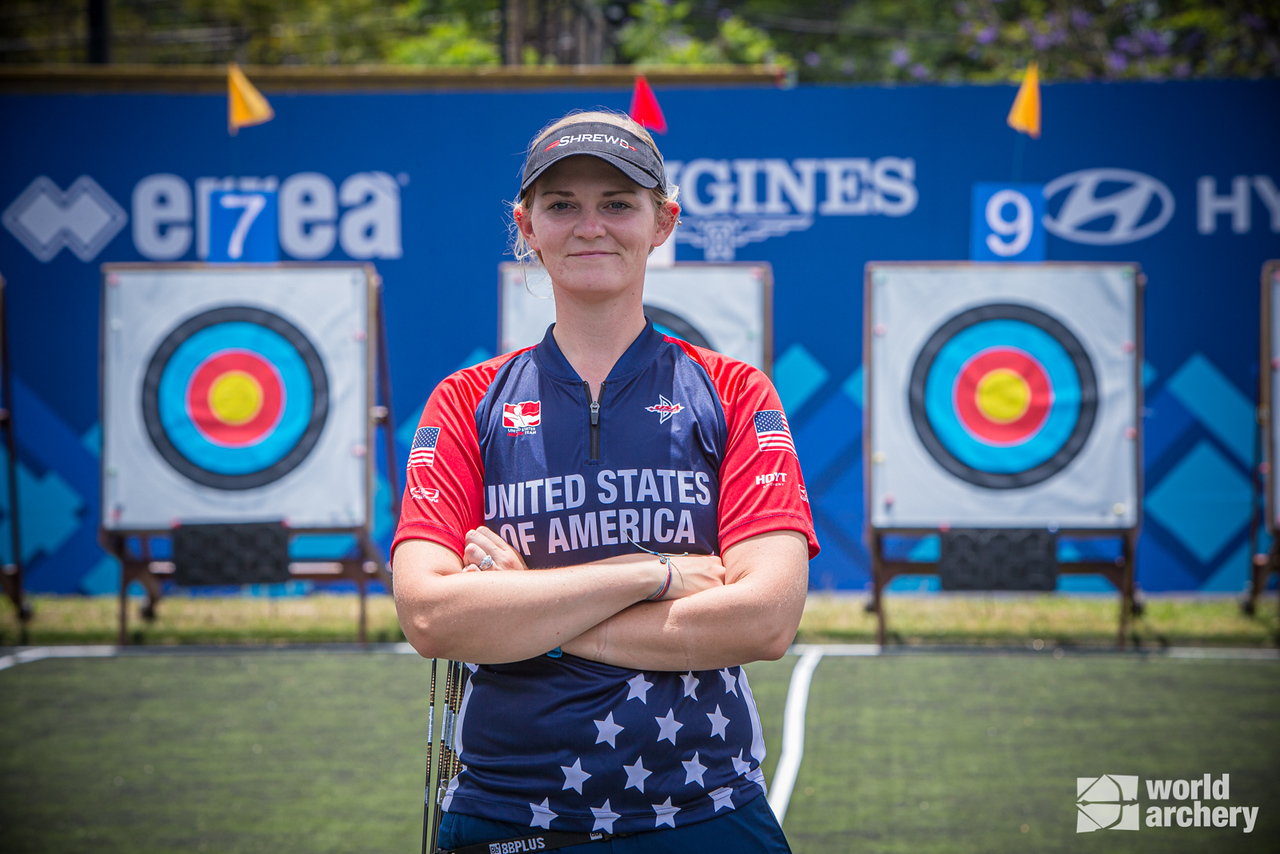 8th seed Mackenzie Brown climbed the brackets to earn a spot in the final four as well, competing for a medal for the recurve women. A win here would be her first individual world cup stage title since 2015.

In the team events, top seeded Ellison and Casey Kaufhold secured a spot in the mixed team bronze final while also No. 1 for compound, team duo Gellenthien and Pearce faced an early upset by the home team from Guatemala.

The USA compound women and recurve men’s teams are through to the gold finals this weekend and the compound men came back from a semifinal upset to win bronze.

“I think it took us a little bit of time to find what we’ve always had as a team," Gellenthien said. "It’s been almost two years since we shot a team round together. Unfortunately, we had a bye the first round, so we didn’t have that tournament pressure, and we didn’t have any experience in the wind. They beat us in the first match, but we came together strong as team, and it’s really nice when we’re all shooting our best.”

The top ranked team is hungry for gold and is staging their comeback for the next edition of the circuit in Lausanne next month.

Complete results from this week’s competition are available here. Competition wraps with finals this weekend; Saturday hosts the compound finals and Sunday, the recurve finals. Matches will be streamed live on World Archery’s YouTube channel and via the Olympic Channel.