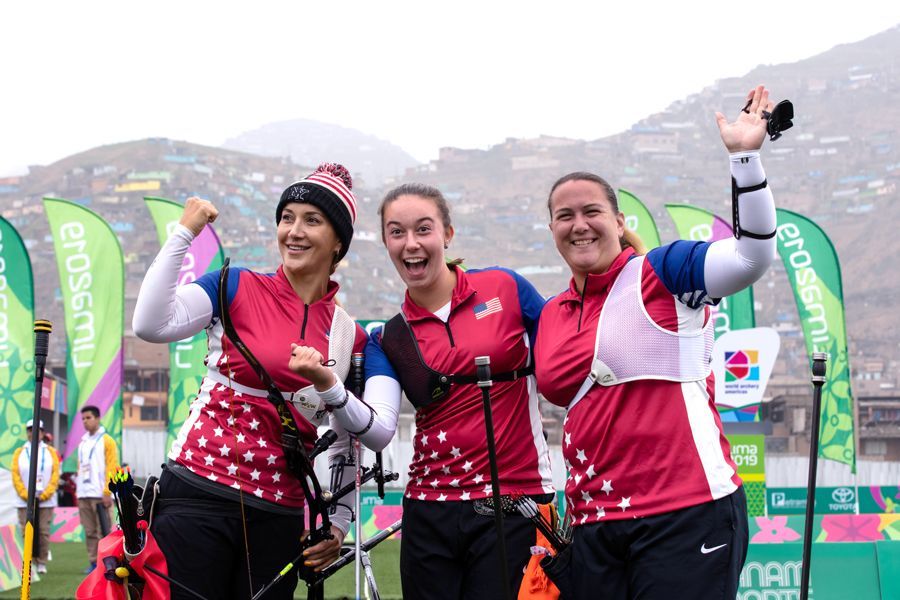 LIMA, Peru – Capping an absolutely stellar week for USA’s archers at the Pan American Games, all Team USA recurve archers topped the podiums in today’s finals and locked up a women’s quota spot for the Tokyo 2020 Olympic Games. Icing on the cake; World Champion and World No. 1 Brady Ellison, who set a new world record in qualification earlier this week was selected as Team USA’s flag bearer for the closing ceremonies later tonight.

“Shooting with Brady is always fun. I always shoot almost always my best when I shoot with him because he gives me confidence like nobody else does,” Kaufhold told World Archery. “It’s just great to be able to shoot next to him and compete with him. He’s just one of the best teammates I could ask for. It’s such an honor to win the medal with him.”

“Winning the mixed team gold, it’s good,” shared Ellison. “Casey shot good, I felt like I shot good. And it’s a huge relief for the women to have one spot because now we can all just go do our jobs… now that we know we have athletes going [to Tokyo].” 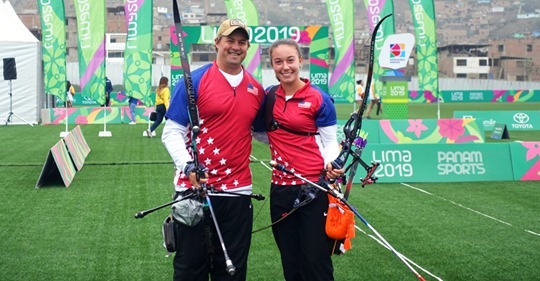 With the win and the quota spot locked down, Kaufhold, five-time Olympian Khatuna Lorig and Erin Mickelberry returned to the stage to fight for the women’s team title against a strong rival team from Mexico. Despite an equipment failure for Kaufhold in the first set causing her to shoot without stabilization for the first two arrows, the team fought through a dramatic four-set match to take the win.

“I could not be happier. I have great teammates and it’s a great team,” Lorig shared, impressed with her young teammate’s cool head in the crazy first set. “In 30 years of experience, this is something I’ve never seen, how she handled that.”

Ellison and teammates Jack Williams and Tom Stanwood also clinched the bronze in the men’s team finals 5-3 over Mexico – splitting each of the last three sets in an incredibly tight race to the finish.

Kaufhold and Lorig took the finals stage once again, head to head in the women’s semifinals. Lorig took a 4-0 lead, but Kaufhold battled the match back to a 4-4 tie. Coming down to the final three arrows, Lorig won out by just a point to advance to the gold final – a chance to defend her title from 2015.

Shooting with Mexico’s Alejandra Valencia. The two experienced Olympians shot a close back and forth match. At the half, the two were tied 3-3, but Valencia held in the gold, taking the last two sets and the win, leaving Lorig with silver.

Kaufhold matched Colombia’s Ana Maria Rendon for bronze, where she smoked a 6-0 shut out with high scores and 9 arrows that never left the gold. Kaufhold leaves her Pan American debut with a full sweep of podium finishes.