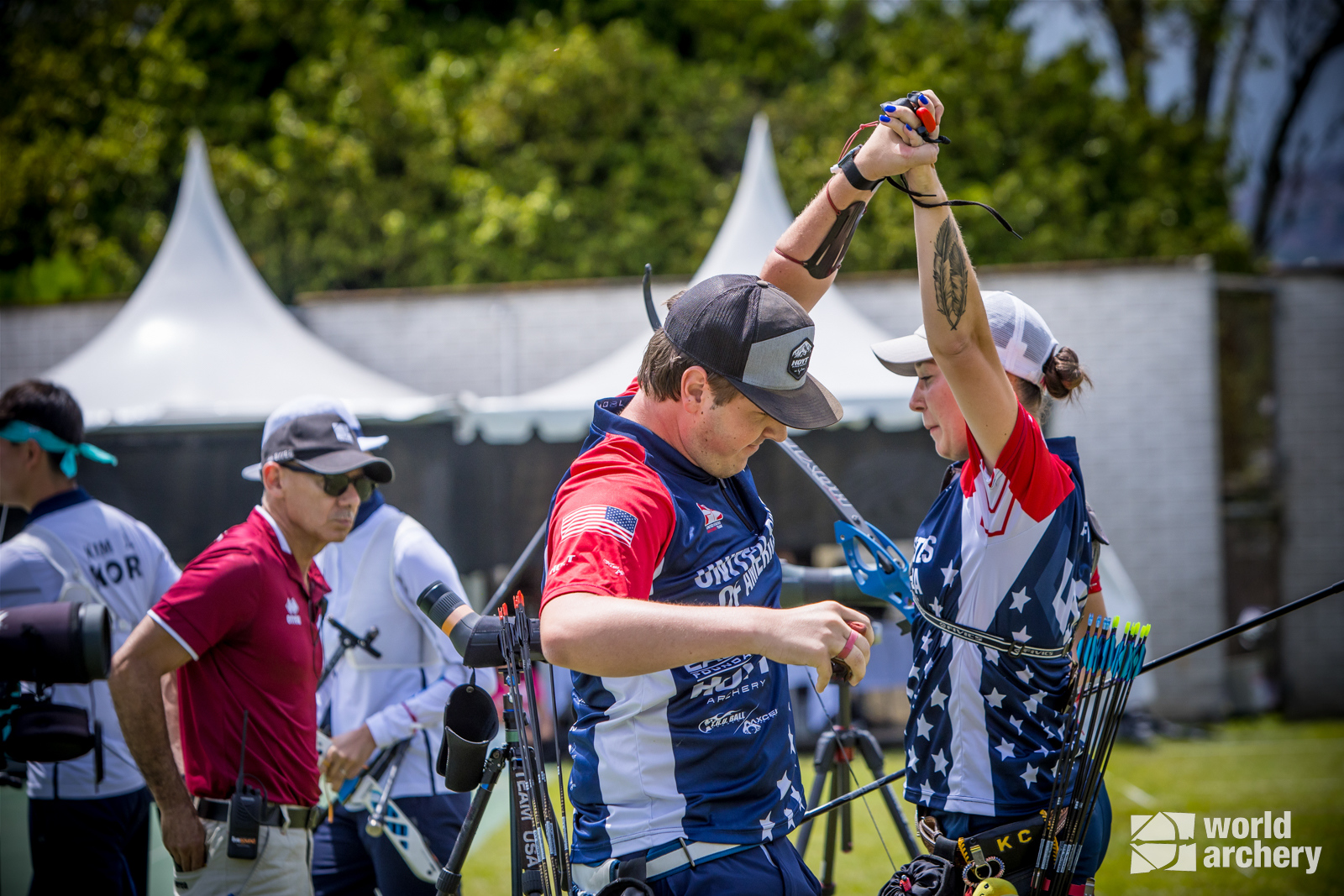 MEDELLIN, Colombia – Team U.S.A. Archery made big moves in the mixed team competition at the fourth stage of the World Cup Medellin. James Lutz and Linda Ochoa-Anderson as well as Casey Kaufhold and Jack Williams will be shooting for mixed teams gold this weekend. Williams also landed himself in the final four shooting on Sunday.

Amid a morning of tense competition, Kaufhold and Williams had a strong start with a 6-0 win over the Czech Republic. In the quarterfinals, the U.S. team was on fire winning 6-2  over Mexico. All the momentum culminated in the semifinals match against the Olympic gold medalists from Korea, An San and Kim Je Deok. The match was split until the end when a two-point lead turned into a 5-3 match win for Kaufhold and Williams. The U.S. team will go head-to-head with Chinese Taipei on Sunday.

Lutz and Ochoa-Anderson dominated their first match of the day against Argentina 158-148. In the quarterfinals against India, it looked like the U.S. team could readily walk away with the win until India tied it up in the last set leading to a shoot-off they ultimately lost.

The semifinals match against Mexico proved to be the most highly contested match of the day. Lutz and Ochoa-Anderson were trailing closely behind until turning on the pressure in the final set to go into their second tiebreak of the day. Lutz and Ochoa-Anderson’s 10, 8 posted higher than Mexico’s 9, 9 to lead the U.S. team to Saturday’s gold medal match against Denmark. 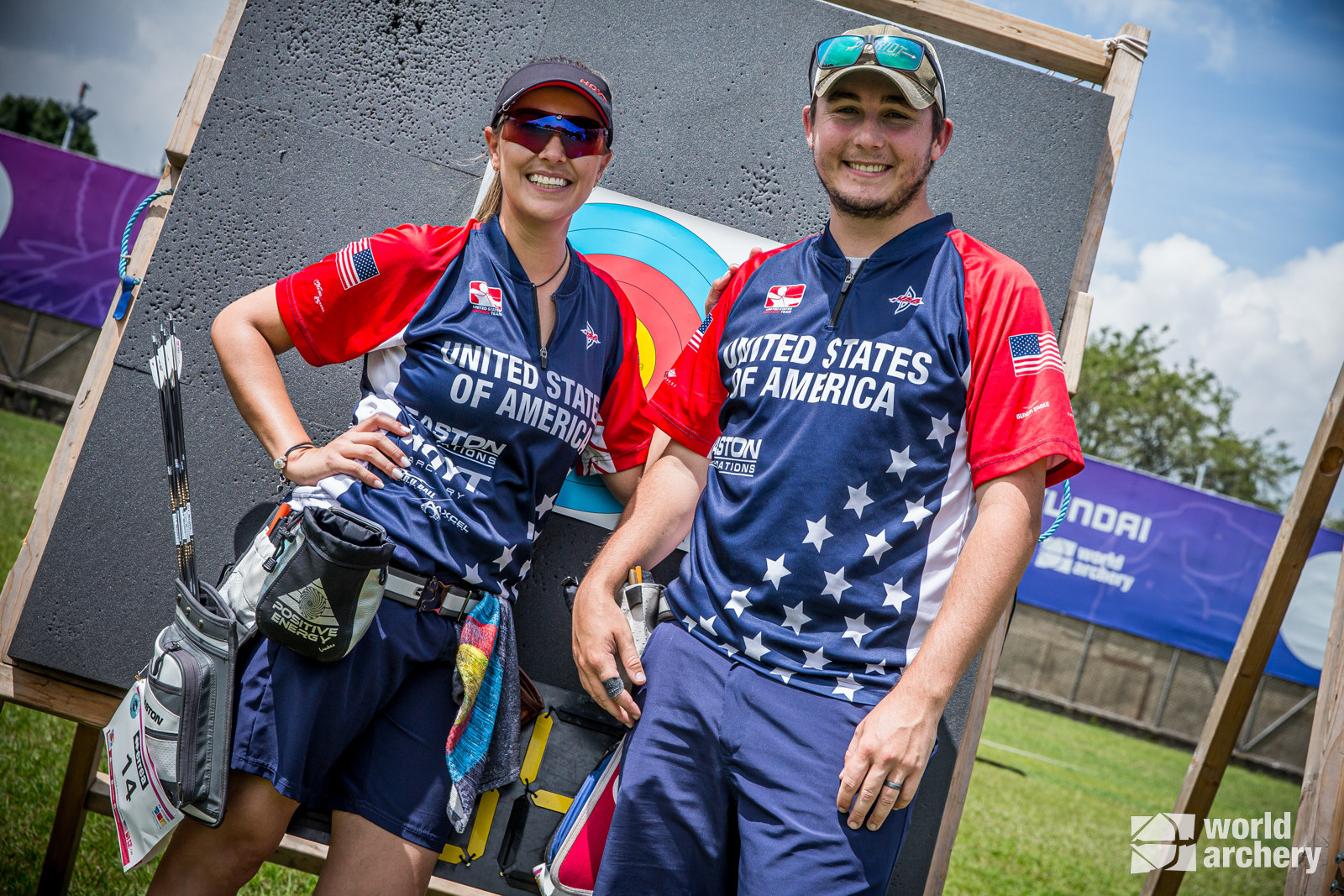 The afternoon featured the recurve eliminations where Williams breezed through his matches against India, Turkey and Belgium. He lined up with Nicholas D’Amour from the U.S. Virgin Islands in the quarterfinals and won the match 6-2 to advance to the semifinals taking place Sunday.

The beginning of this year was rocky, but every tournament has seen improvement. There’s no better way to finish off the World Cup season than by getting a chance to shine,” said Williams.

Kaufhold won against Alexandra Mirca from Maldova 6-4 and France’s Lisa Barbelin 7-3. She lost her momentum when facing Choi Misun from Korea finishing her run 7-1.

Results are available at archery.sport. The finals will stream live this weekend on the Olympic Channel.