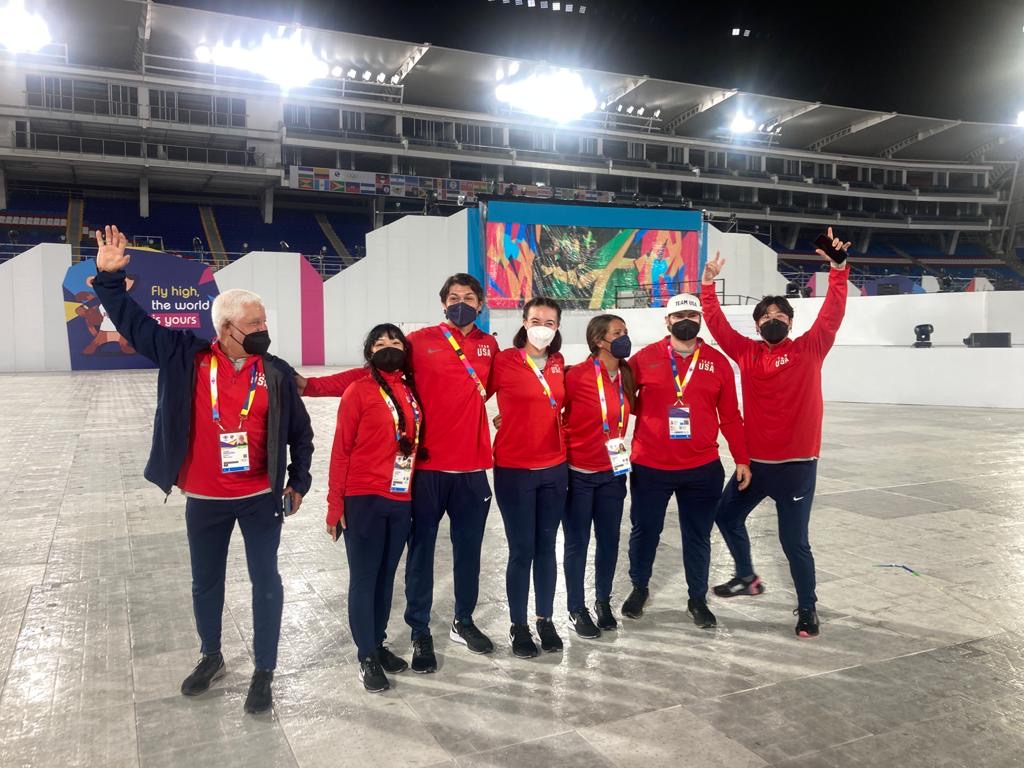 CALI VALLE, Colombia – Team USA Archery’s young archery talents spent Thanksgiving weekend competing at the inaugural edition of the Junior Pan American Games in Colombia. It was a banner weekend with all six USA team members in the finals.

In qualification, top recurve women’s qualifier Casey Kaufhold and third place recurve men’s qualifier Trenton Cowles broke the continental mixed team record with a 1316 out of 1440. They continued strong performances in matchplay, taking the gold 5-3 over Mexico after dropping only one set in preliminary matches.

Kaufhold, fresh off a silver finish at the World Archery Championships, opened with an incredible 339 first half and finished ranking with a 648. For the unique two-person team event, Kaufhold and 3rd seed Gabrielle Sasai ranked first.

In the individual events, Cowles and Oh went head to head in the quarterfinals and Cowles took the win 6-2 before squeezing out a semifinal shoot off win with an X and another shoot off win for gold.

While Sasai was upset in a quarterfinal shoot off, Kaufhold faced a 6-0 semifinal loss to Mexico’s Vazquez. Kaufhold came back with a 6-2 bronze win.

In the compound competition, Cole Frederick qualified 4th and upset Colombia’s top seed Gomez Zuluaga 146-143 in the semifinals and finished with silver 147-145 behind Mexico’s Garcia. 3rd seed Madison Cox, who shoots for the University of the Cumberlands’ Varsity Archery Team  came up just short 143-144 to Colombia’s Suarez in the semifinals and finished 4th to El Salvador’s Corado. Cox and Frederick ranked 3rd as a mixed team and also finished 4th 153-151 to El Salvador.

Complete results from the competition are available here.