Even with the proposed inclusion of indoor target compound archery in the Olympics, the World Games holds rank as the premier event for compound target archery.

The compound qualification round kicked things off as the heat index breached 110. The women qualified high with Linda Ochoa-Anderson and Paige Pearce both shooting an impressive 704 to qualify 4th and 5th respectively. Pearce’s second half of 355 was the highest score on the field, tied with Denmark’s top seed Tanja Gellenthien.

“It’s been great representing the U.S. on home soil. It’s been very hot, so the competition was hard because of that, but we still shot well,” said Ochoa-Anderson. Ochoa-Anderson is the 2017 World Games silver medalist when she represented Mexico.

As Pearce and Ochoa-Anderson advanced through the round of 16, winning their respective matches, the day ended in a head to head showdown between the U.S. teammates. The women didn’t hold back after the long hours in the sun, heat and passing storms. While both posted strong scores, Pearce came out on top, shooting 145 to best Ochoa-Anderson’s 142. 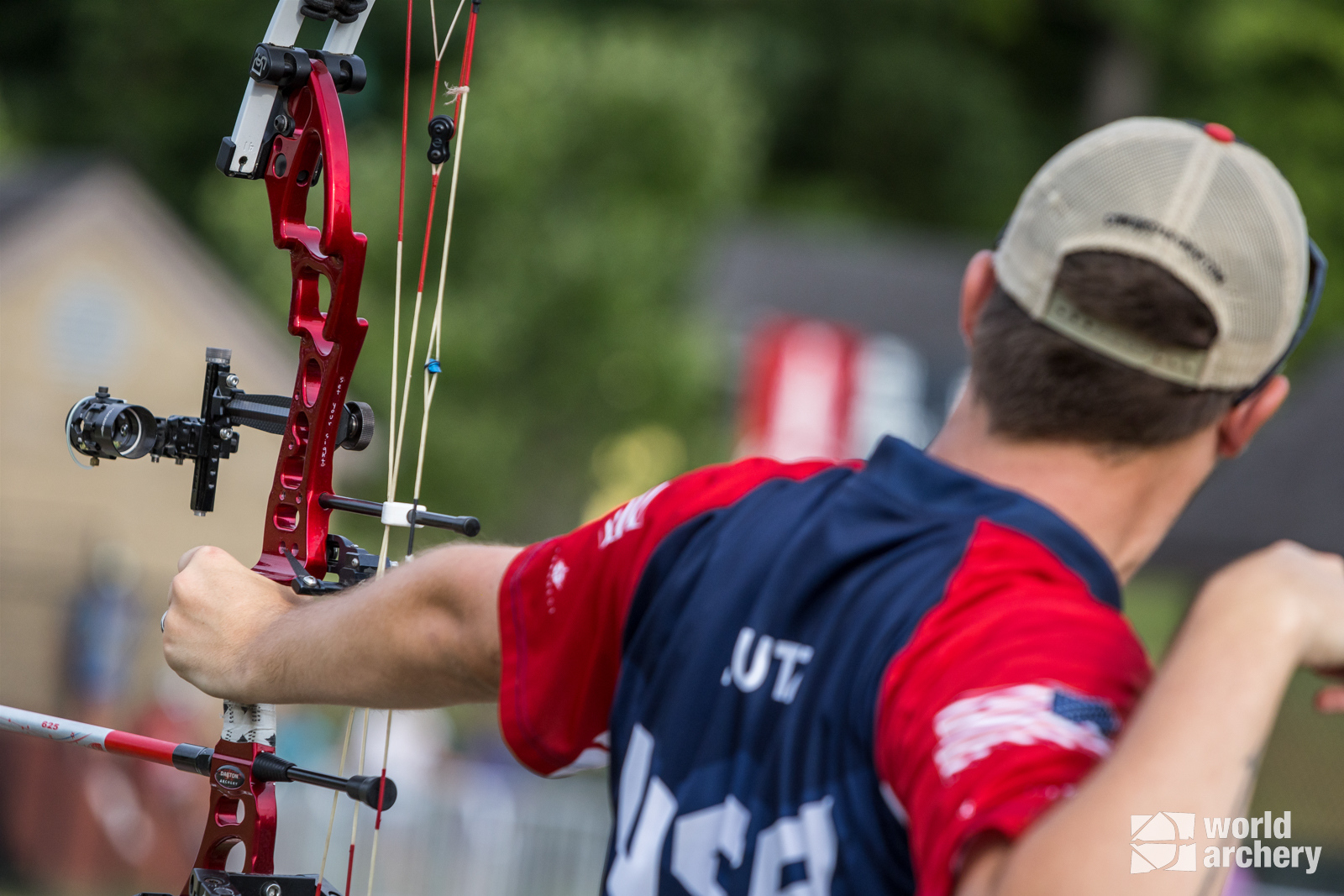 Braden Gellenthien and James Lutz both finished 9th in the afternoon’s elimination matches, going out in the round of 16. Gellenthien qualified the highest of Team USA’s men’s compound archers to seed 11th. He won his first match against New Zealand’s Riku Van Tonder, but his run was cut short in a close shoot off against Mexico’s Miguel Becerra. Lutz took a first-round shoot-off win before posting a 146 to a 148 from Canada’s Christopher Perkins. 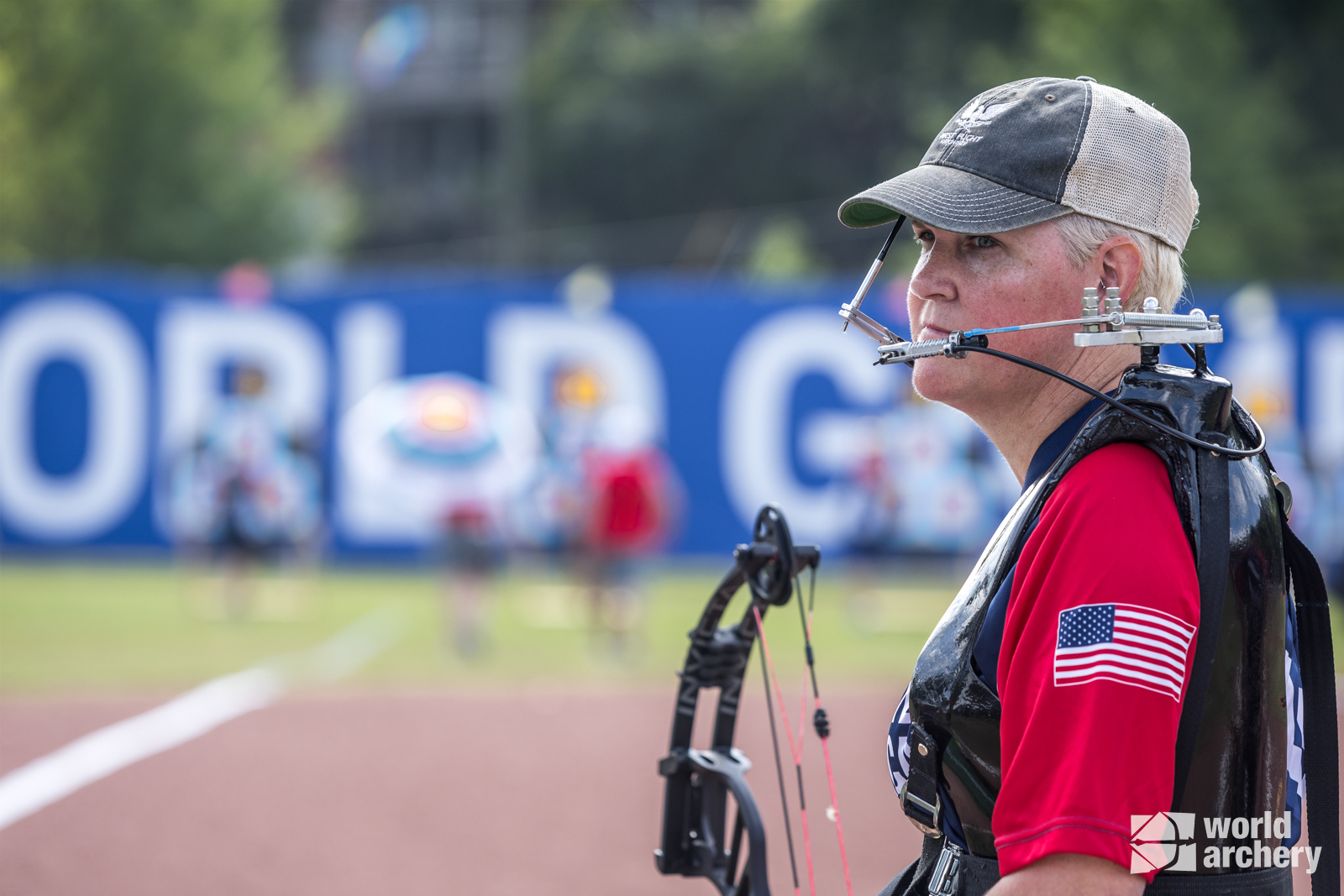 For USA’s para archers, this event marks their first experience with the new trimmed timing system. Wendy Gardner dropped out of the event in the early afternoon eliminations in a match against Great Britain's Ella Gibson. “It’s amazing to be out here with the best able-bodied archers in the world,” said Gardner. “But it has been difficult adjusting to the heat and new, shorter time limit. It’s very fast-paced and demanding on the body.” 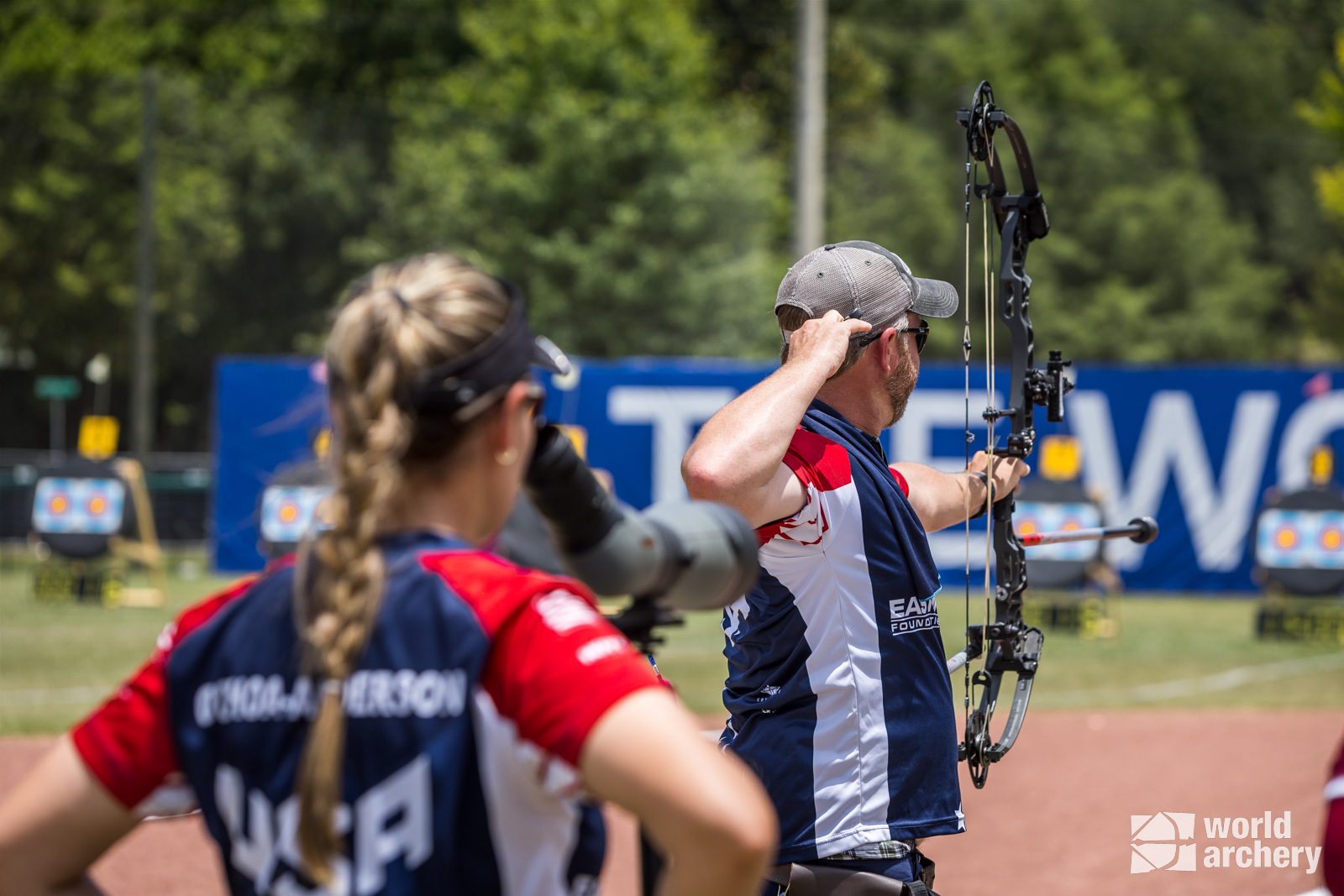 Seeded third, Gellenthien and Ochoa-Anderson shot in the mixed team event against Mike Schloesser and Jody Beckers from the Netherlands. The U.S. team’s first two sets scored near-perfect 39s, but they were unable to regain their footing they finished 154-158.

“It’s neat seeing different sports and athletes from whom you’d normally see at an archery event,” said Lutz on competing at the multi-sport competition. “Hopefully, we can get some stars and stripes on the podium tomorrow.”

Paige Pearce will face Ella Gibson in the semifinals tomorrow morning with the compound event concluding in the early afternoon. The recurve field competition starts Sunday followed by the barebow event, which starts Wednesday. Results will run live throughout the event via The World Games and the finals will stream live on the Olympic Channel.