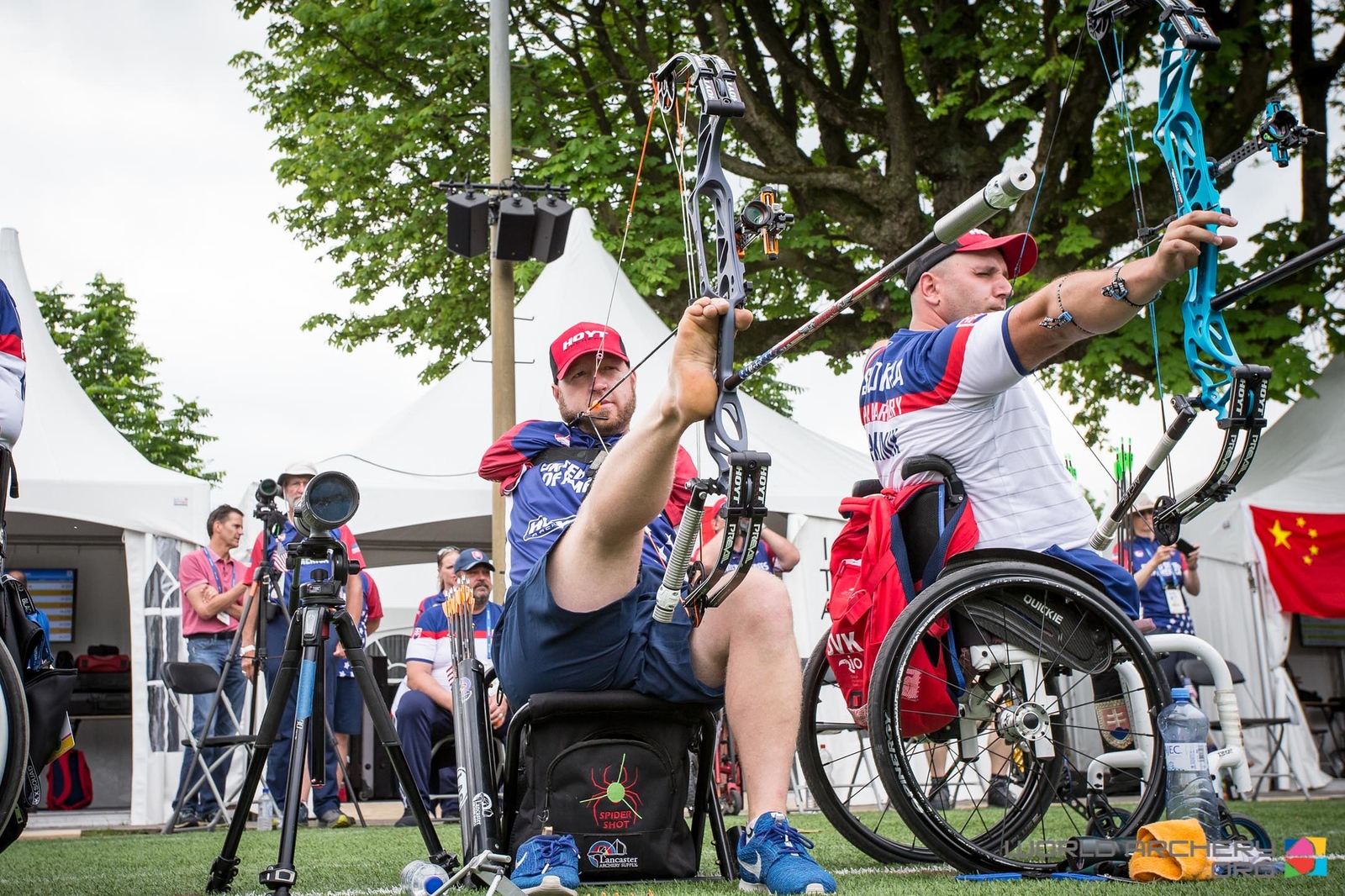 ‘S-HERTOGENBOSCH, Netherlands – Armless Archer Matt Stutzman opened the first qualification session at the 2019 World Archery Para Championships with an outstanding 704 to take the compound open men’s pole. Teammate Ben Thompson tied his personal best with a 695 to qualify 5th and reigning Paralympic Champion and world silver medalist Andre Shelby was 7th with a 692.

After the trio won the U.S. Team Trials, Stutzman commented: “Ironically, beforehand we had talked about the team we would like to go to the World Championships because we’re chasing the team world record and we felt like the best team to accomplish that would be the three of us. The fact that actually came true-- I’m excited about it. It’s not just going over there, but we’re working to earn the spots for Tokyo and we’re trying to break the world record, so there’s multiple agendas for us.”

The three shattered the USA’s own record by 28 points; scoring a 2091 out of a possible 2160 to lock up the top seed. Headed into Paralympic quota qualification this week – that is one impressive start.

“It’s a pretty good way to start,” shared Thompson. “I’ve come out of an injury, so to shoot that well felt really good. And then, these two guys, the three of us, we’ve been shooting together since 2015 and it feels really good making our strike.” 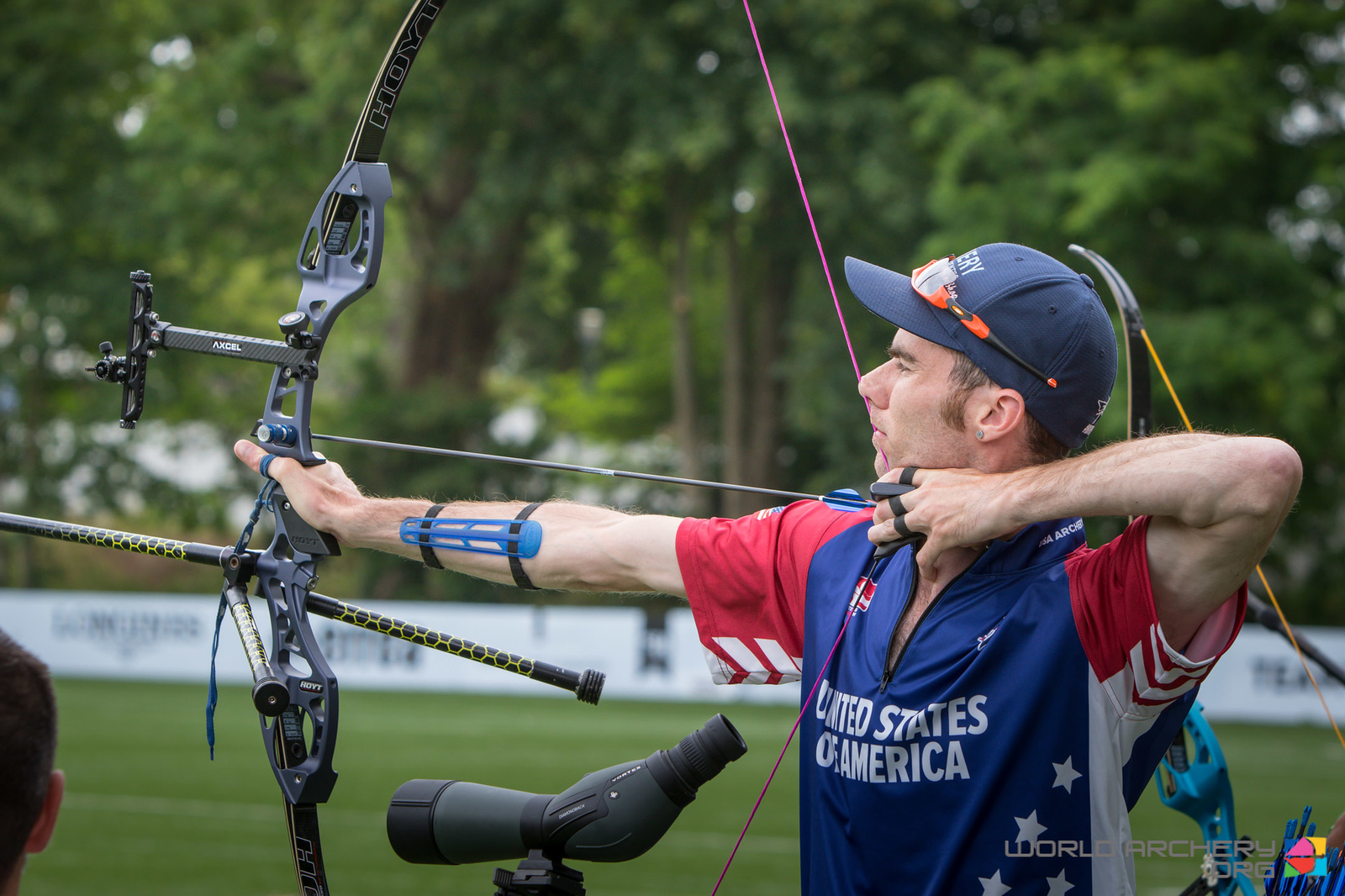 The USA recurve open men also had a good start, ranking 4th as a team. Paralympian and reigning world team silver medalist Michael Lukowled the pack, qualifying 11th with a 629. 2015 World Champion and multi-time Paralympian Eric Bennett and Timothy Palumbo are both competing at their 4th consecutive World Archery Para Championships and finished the day in 22nd and 28th respectively.

Emma Rose Ravish made her international debut, after just being classified several weeks ago. The Arizona Cup and Team Trials were her first time shooting 70 meters, and she met her goal of a new personal best with a 427 to qualify 33rd.

Martha Chavez led the USA compound open women with a 604 to qualify 46th just ahead of teammates Erev Richards and Teresa Wallace.

Competition resumes tomorrow with W1 qualification followed by Complete results from the competition are available at www.worldarchery.org. The finals this weekend will be live at www.olympicchannel.com/live. For more, follow USA Archery on Facebook, Twitter, and Instagram.