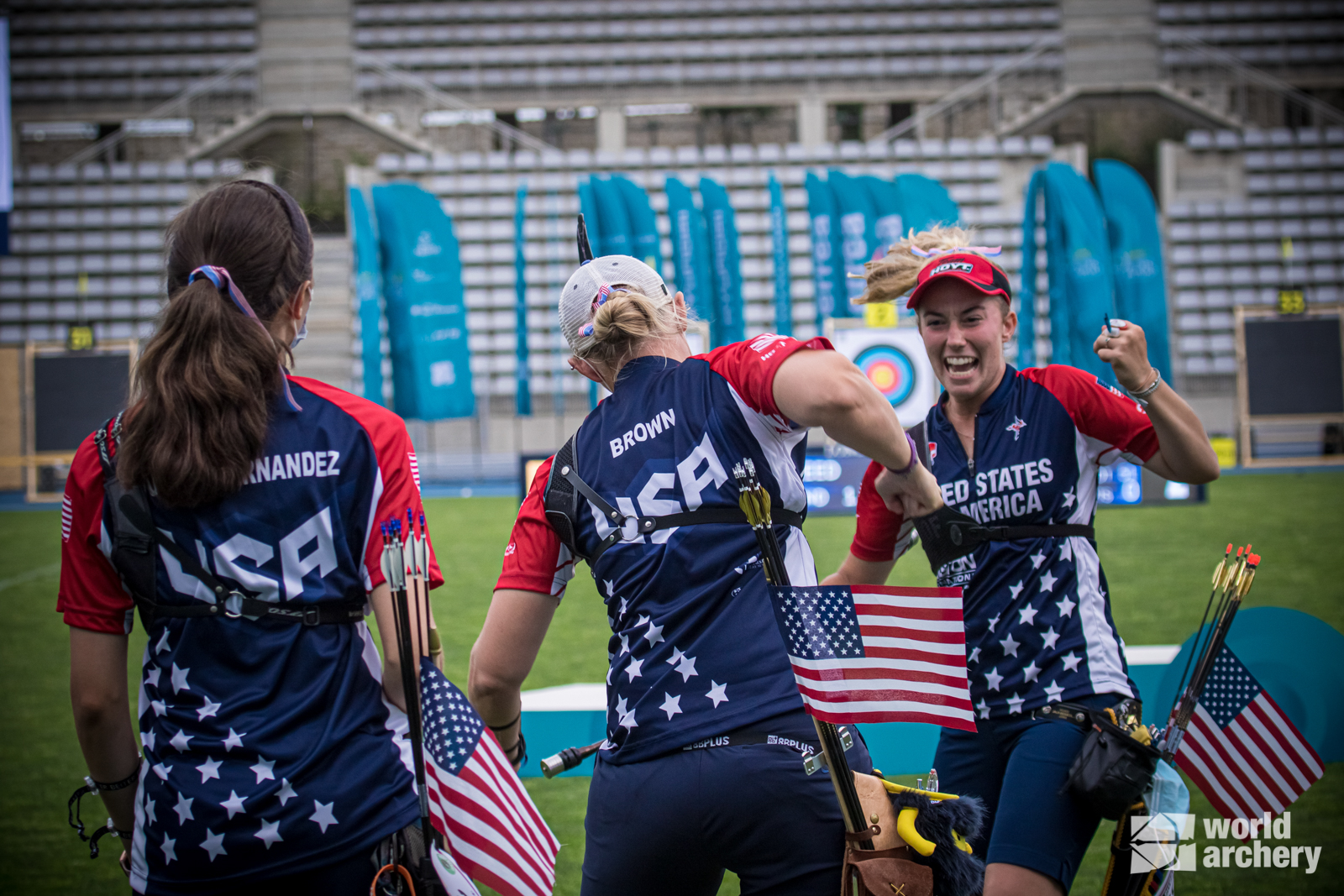 Rio 2016 Olympian Brown was the sole woman to represent the U.S. in archery at the last Games and she came home determined to return with a full team. Over the past quad, 17-year-old Kaufhold stepped onto the international scene and made quite a name for herself, bagging podium finishes, smashing world records, and coming head to head with Brown for gold at most USA Archery events. Kaufhold led the Olympic Trials over the two-year-long qualification process and locked up the USA’s quota spot with a mixed team win at Lima 2019 with Brady Ellison.

Brown was never far behind and the question quickly became: who would be their “third”? Would another equally strong competitor help them make it to the Games?

Several archers emerged as contenders. Then, with an historic postponement of the Games, the Trials took a 20-month hiatus. With so much extra time to prepare, it was dark horse Jennifer Mucino-Fernandez who jumped ahead in the final two stages of the Trials when we returned to the Trials just weeks ago. 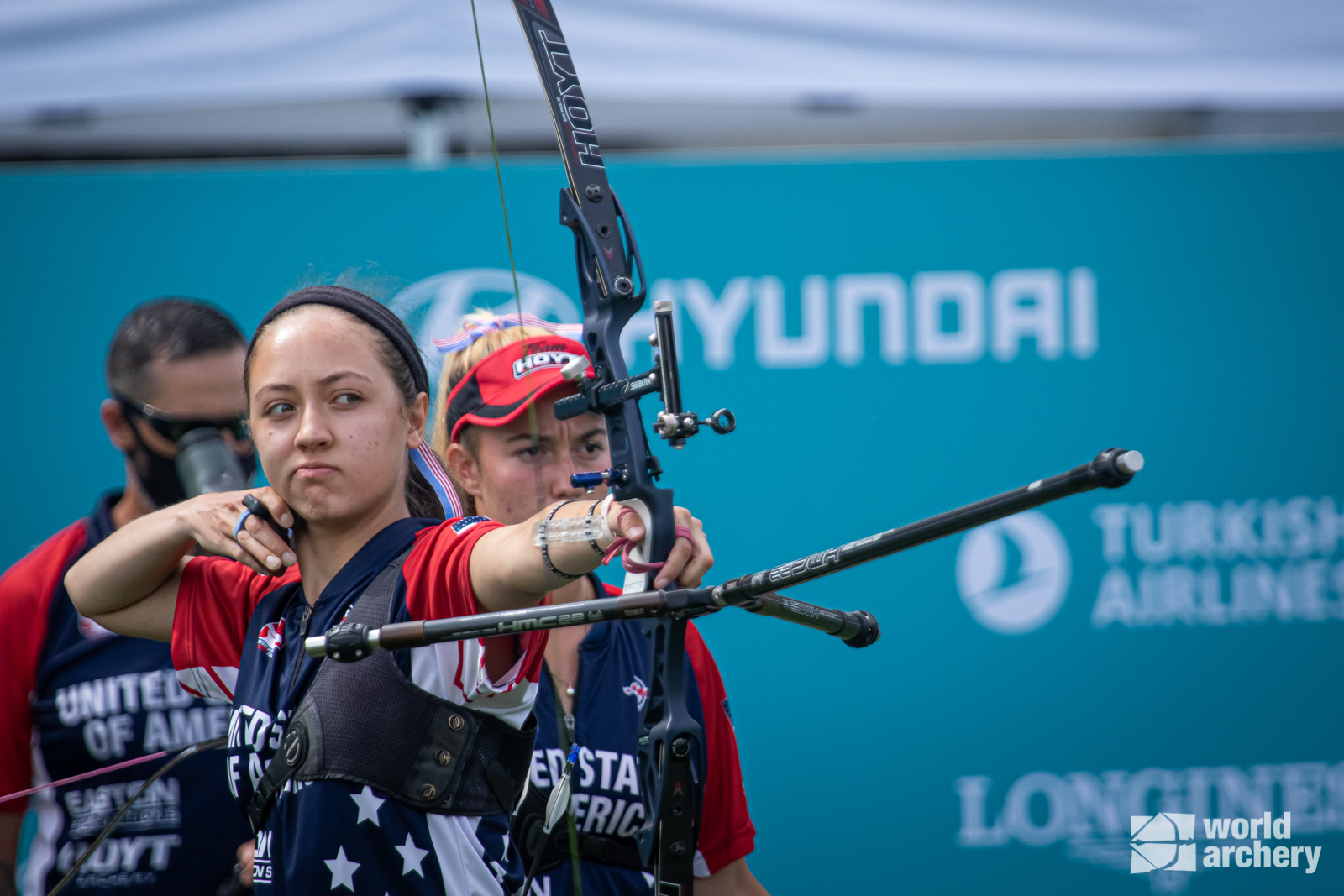 18-year-old Mucino-Fernandez’s only international experience thus far was a top-10 finish at the 2019 World Archery Youth Championships, where she and Kaufhold were teammates on the cadet squad. Mucino-Fernandez, born in Massachusetts and raised in Mexico City, came back to the U.S. to train for her Olympic dreams, coached by her mother. A self-made rising talent, her determination, dedication and demeanor was a perfect fit for the U.S. team with Kaufhold and Brown.

“I think what’s awesome is me and Casey have worked together for a while, we’ve known each other for a long time, but Jenny is new,” commented Brown. “I think she did so awesome today, she’s done well at the camp, and she did a really good job falling in line with us. She’s slowly opened up and she makes us laugh every end and I think it’s great we made such a great team today and were able to secure our spots.”

With a week of training together in France leading to today’s competition, it became clear the talent, dynamic and energy between this trio made for a winning combination. Their communication was strong, and with the way they support each other and lean on each other, they’re noticeably one of the best team lineups we’ve seen in a long time.

On returning for a second Olympic Games with a full team, Brown added: “It’s honestly so great; I couldn’t have done it with any other team today. It’s just an honor to be on a team with two great girls and it’s an honor to go back to the Olympic Games representing the USA. I think getting to go with a full team instead of just one person is great and I feel great about that for Casey because I know how lonely it can be on your own and how much more fun it will be to shoot team rounds together.” 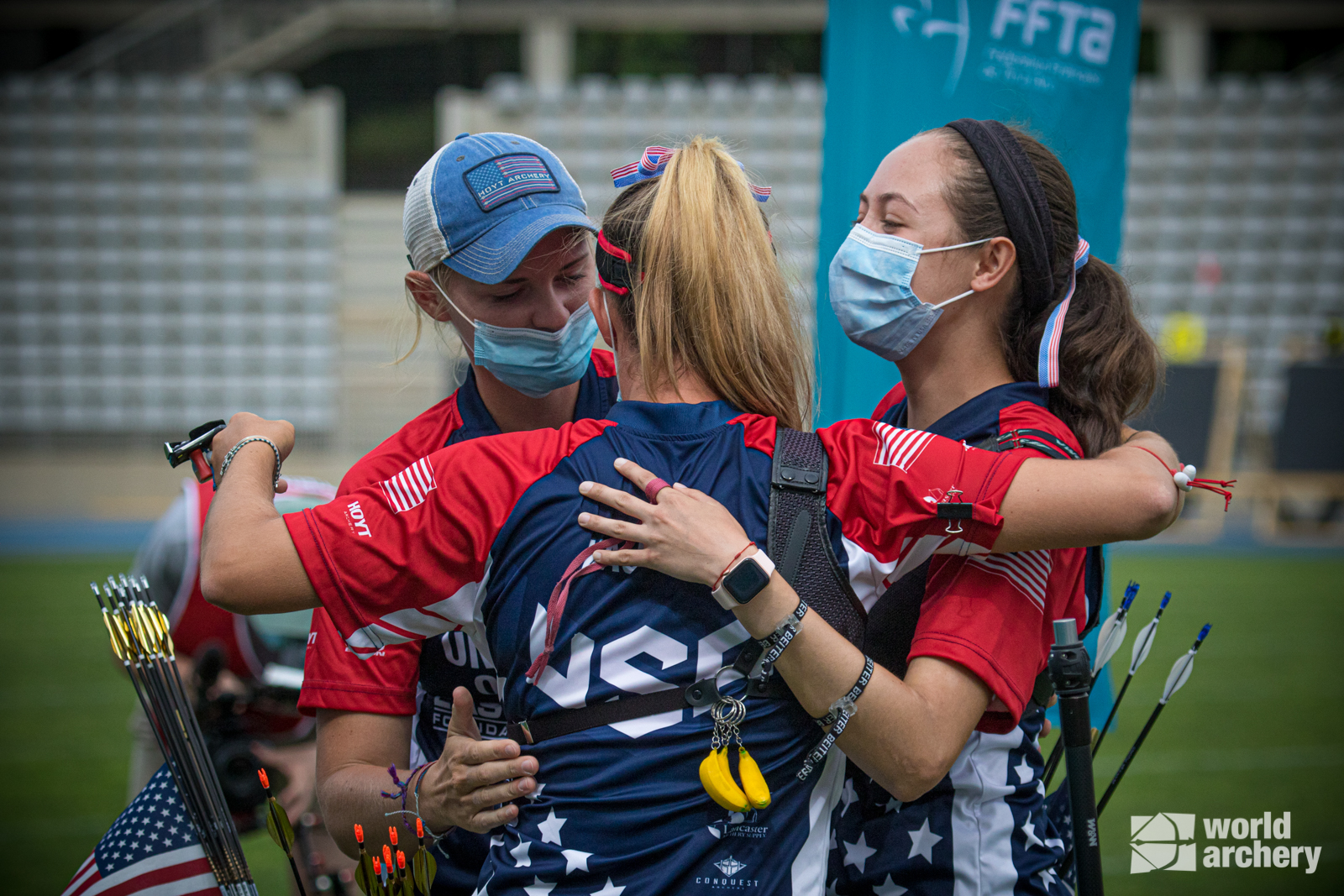 In the quarterfinals, it came down to a shoot off against Turkey. With everything on the line, the tension was immensely palpable and when each team scored only a 25, it came down to a 2.9-millimeter caliper measure on which team’s 9 was closest to the center. Waiting with bated breath, the U.S. women looked strong, poised and hopeful, and when their target was announced the winner, their confidence soared.

Then even stronger together as a team, they took the field in the semifinals against Spain, opening with some extramiddle 10s and following with unbeatable scores. By the final set, smiles were big, young Mucino-Fernanez was bouncing with excited anticipation and fist bumps had some extra oomph. A 6-0 shut out gave it to them and the USA’s spots for Tokyo were locked!

Then with the pressure quelled, USA faced Mexico for a friendly gold final. A close 3-5 decision in Mexico’s favor left the USA women with silver.

“I feel really strong about our performance today,” shared Kaufhold. “I really can’t imagine us doing much better; we shot strong shots, communicated really well and we had fun. That was the best part, we went up there and we had fun; we weren’t stressed or worried about getting the spots because we so confident in how our practices have been going that we just went and had a good time.”

“We’re working together great as a team,” Kaufhold added. “I really can’t picture a better team than what we have right here. I’m super proud of everybody, we were all really confident. We just shot our shot and it went really well.” 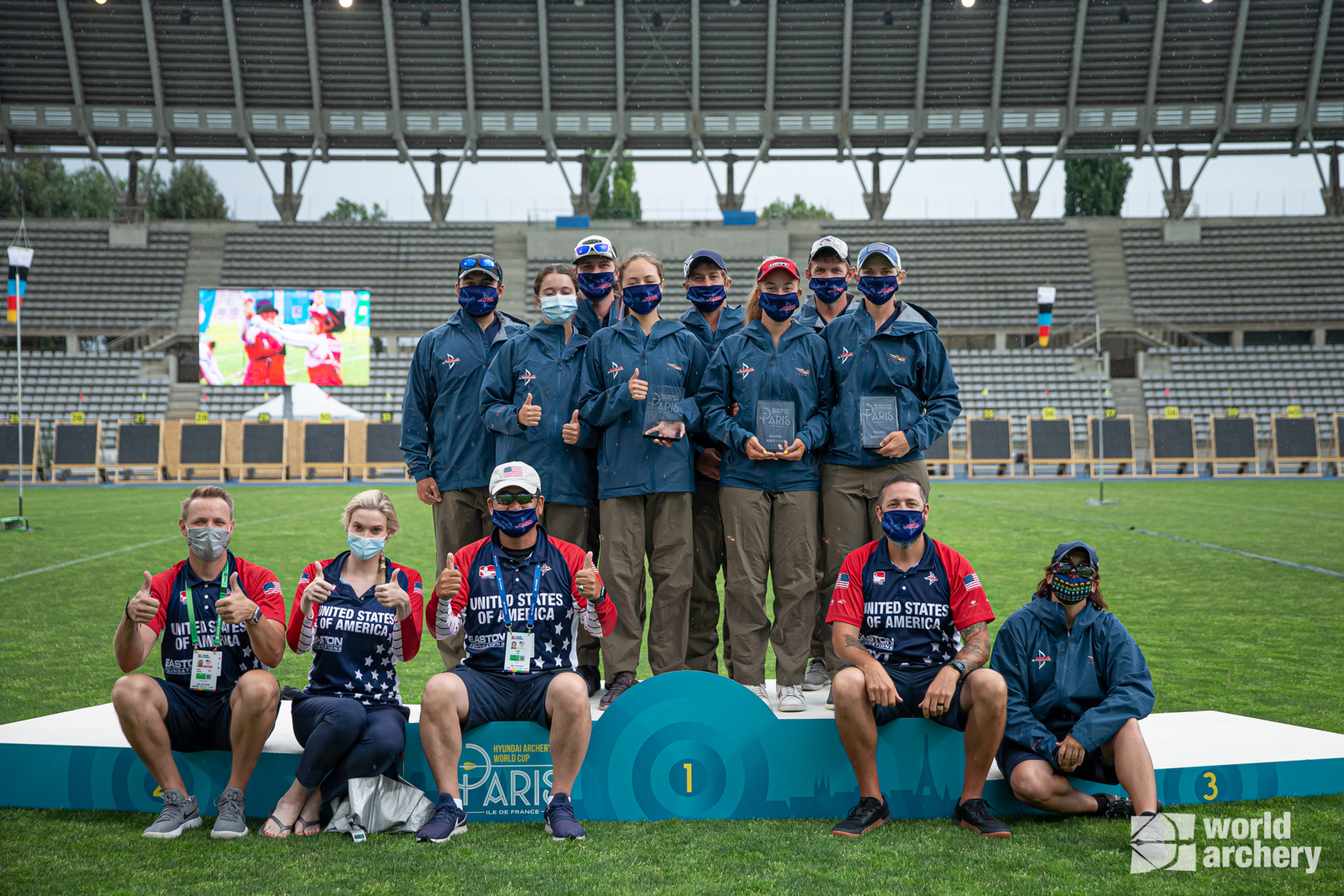 Complete results from the competition are available at www.worldarchery.org.