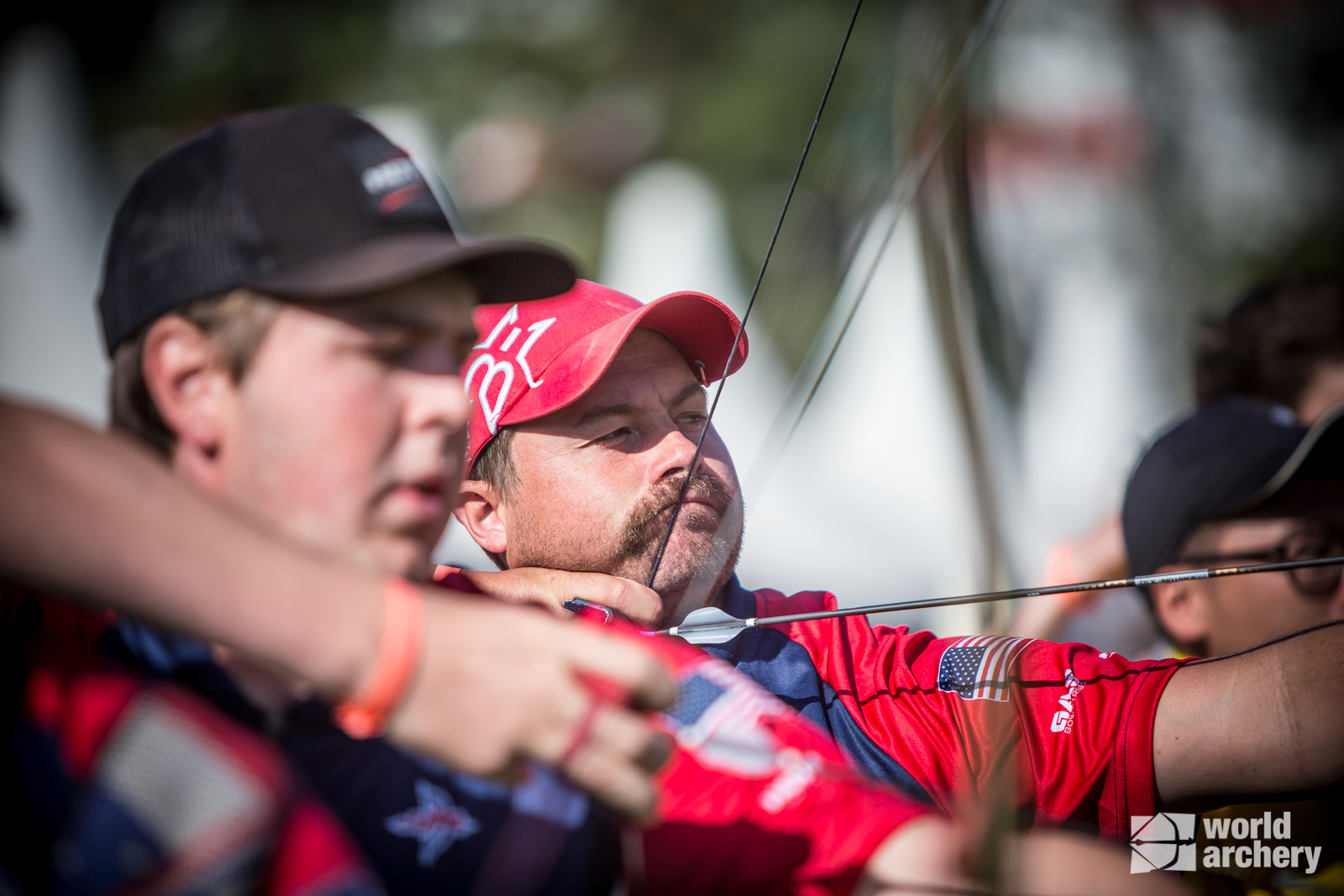 ANTALYA, Turkey – Competition continued at the Archery World Cup season opener in Antalya today with recurve team eliminations and compound individual matches through the quarterfinals. At the start of a new year and the first full World Cup circuit since 2019, new faces and new talents are breaking through; many USA shooters are debuting their skills on the world cup stage this week and building experience towards a bright future in the sport.

After a rough morning where the USA recurve women’s team was stopped in their first match and the men’s team was eliminated in the quarterfinals by Chinese Taipei, the entirely rookie squad of compound archers took the field.

18-year-old Sawyer Sullivan had the headlining performance of the day, never shooting below a 146 to breeze through to the quarterfinals. Seeded 10th, he made a strong run at his first appearance on the adult world stage. Sullivan and No. 2 Jean Pizarro of Puerto Rico were neck and neck through the quarterfinals, matching point totals through the first four of five ends. While Sullivan was crushing Xs on his way to a 117-117 draw, a line call on his final arrow declared Pizarro the winner 147-146, just shutting Sullivan out of the final four.

"Everyone that comes to the World Cup wants to make the stage,” commented Sullivan. "That was my goal, but to make it as far as I did and to shoot against the best in the world was a dream of mine. I have had the opportunity to shoot with many of these guys at the youth worlds and it was so awesome to be back with them. The USA team is such a great group of shooters and we have had a really great time. Thanks so much to all of my family and friends and USA Archery for giving me this chance.”

Shawnn Vincent also had an incredible run, finishing 9th after a close 144-145 match with Pizarro in the round of 16. At 37, Vincent has been working towards achieving his dream of competing on this stage for years. Prior to today’s competition, he shared on social media: “No matter what happens I am content knowing I represented my family, friends, sponsors and most importantly Team USA the best I could.”

Steve Marsh, Brielle Ochnich, Sydney Sullenberger and Raegan Bender each finished ranked 33rd in the first round. Marsh went out on a tough shoot off upset, where both shot 10s, but Germany’s Leon Hollas’ was closer to the center.

Competition continues tomorrow with mixed team matches through the semifinals in the morning and individual recurve eliminations through the quarterfinals in the afternoon. Results are available on worldarchery.sport. Photos courtesy of World Archery.