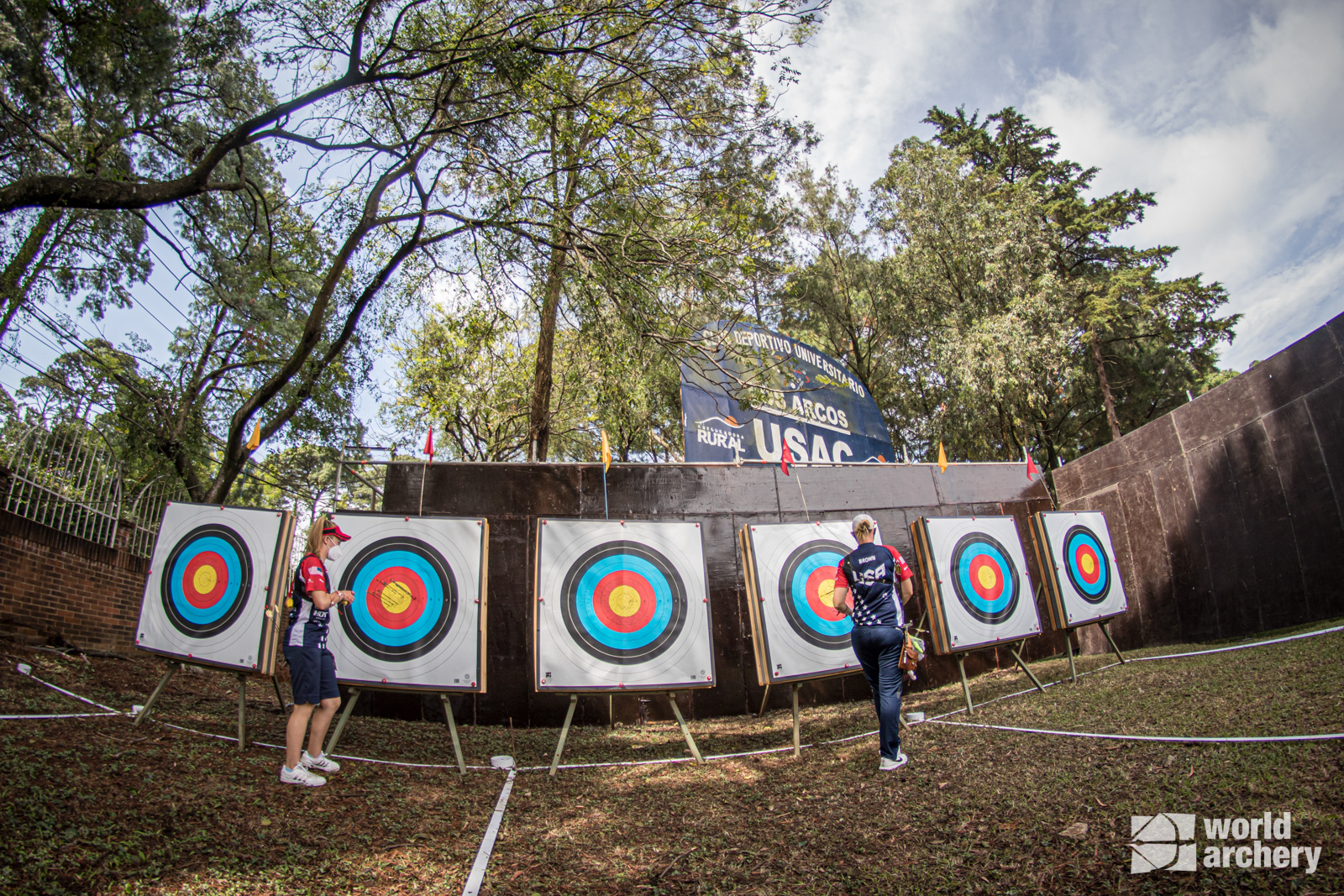 GUATEMALA CITY, Guatemala – After a year’s hiatus from the international events circuit, the Hyundai Archery World Cup series is back, kicking off the 2021 season in Guatemala City this week. As the world continues to deal with the global health pandemic while we push forward towards a busy season featuring the Tokyo Olympic Games, the USA starting lineup features some of our strongest talents, as others are noticeably absent. In addition to emerging talents making their international debut, top archers who battled their way onto the team at the end of 2019 make their long-awaited entrance to the world stage.

With a year of modified opportunities to train and compete for archers around the world, it is difficult to predict who will come out on top this weekend. The U.S. isn’t the only nation with big changes, and others, like Korea, are not competing at all. World Archery also announced several other changes to the circuit this season, including an increase in prize money and a final four tournament layout for the finals days. 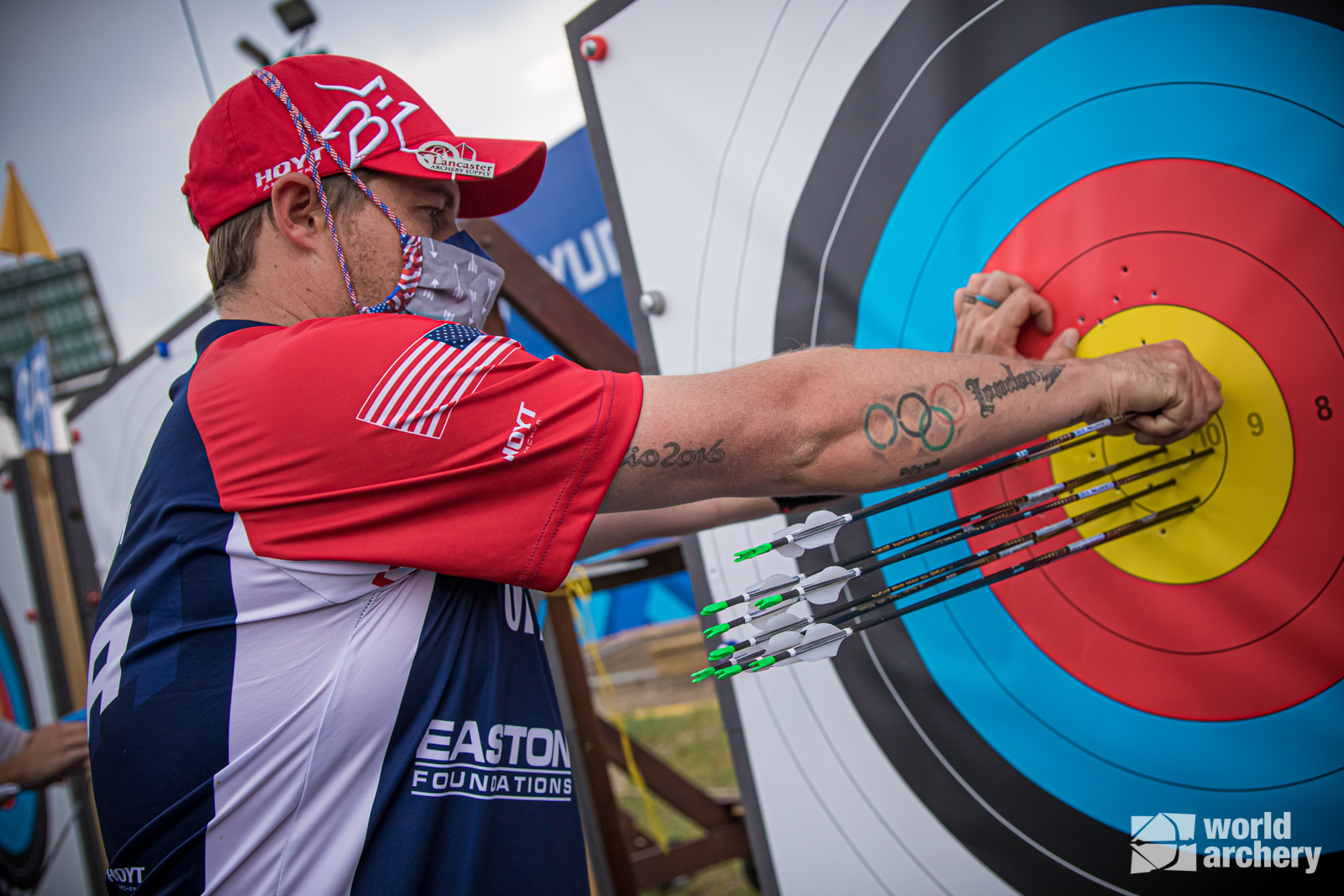 The recurve men’s squad features World Champion and World No. 1 Brady Ellison, who has been a staple on the team for a decade and a half. Ellison is tied with Colombia’s Sara Lopez for the most World Cup Final titles in history at 5 championship wins and both are in the hunt for number 6 this season.

Jack Williams, who ended the 2020 season ranked No. 1 in the U.S. and in the top 10 World Archery rankings, abstained from participation as he prepares for the upcoming return to Olympic team trials. Instead, Ellison is backed by reigning U.S. Open champion Matthew Requa and in their World Cup debuts: 2018 Youth Olympic Champion Trenton Cowles and 2020 SoCal Showdown winner Josef Scarboro. Scarboro, Requa and Ellison are all high in contention for coveted spots on the 2020 U.S. Olympic Team and along with Cowles, all are looking strong for big wins this weekend. 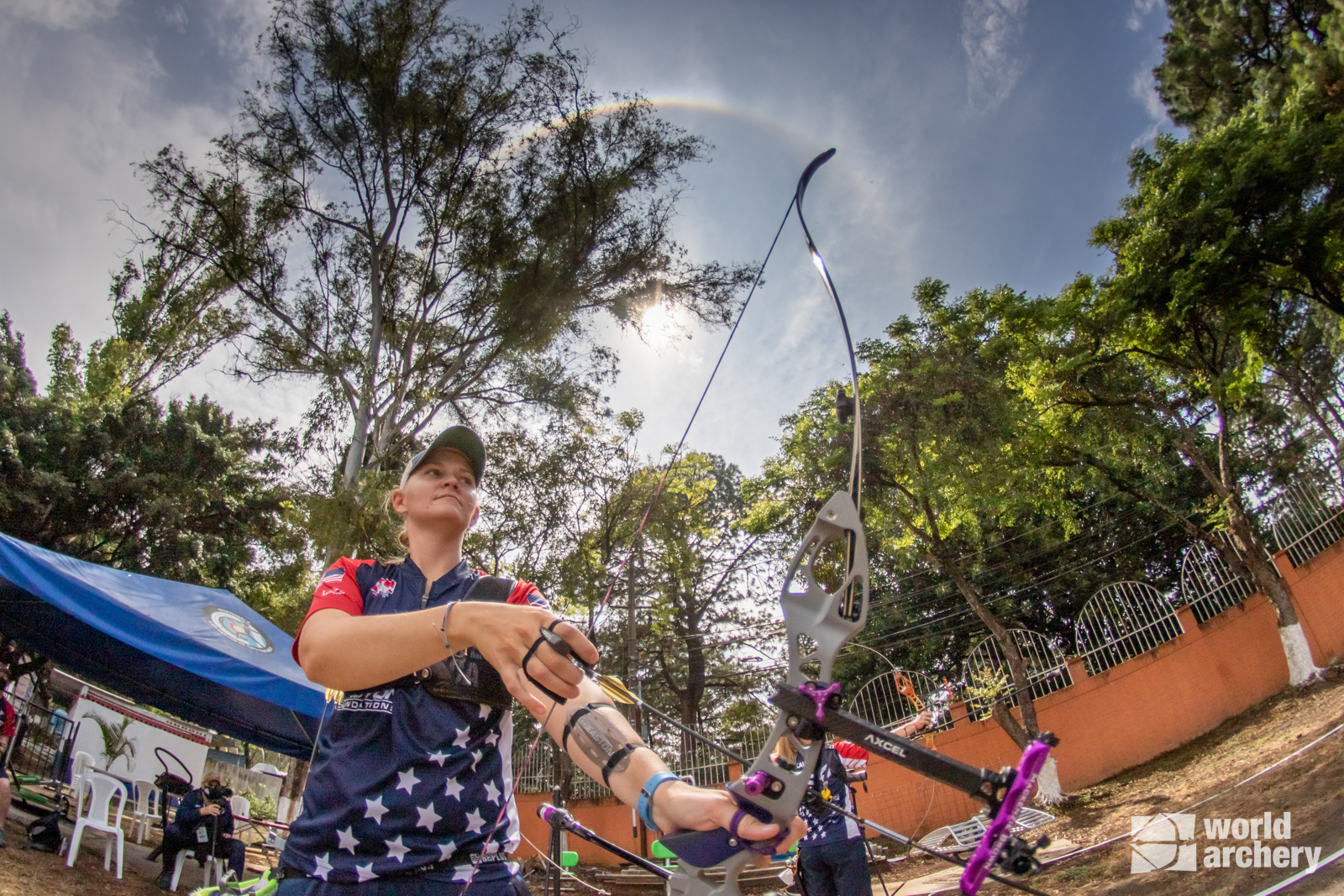 Top national scorers and Olympic Trials leaders Casey Kaufhold and Mackenzie Brown headline the recurve women’s squad in Guatemala. Teen phenom Kaufhold made her world cup debut in the 2019 season alongside Rio 2016 Olympian Brown, and while the two consistently top U.S. podiums, neither has yet to claim an individual podium finish on the world cup stage. While they have competed in many of the same events, Kaufhold and Brown also have not yet shared the world cup team stage and will look to bring home hardware, stronger together.

Olympic hopeful Kelsey Lard makes her international debut and Katherine Wu, who has competed in several indoor world cups and as a junior at the last two World Archery Indoor Championships, also steps into the U.S. uniform for her first world cup event. Newcomers on the scene, we’re excited to see how they perform. 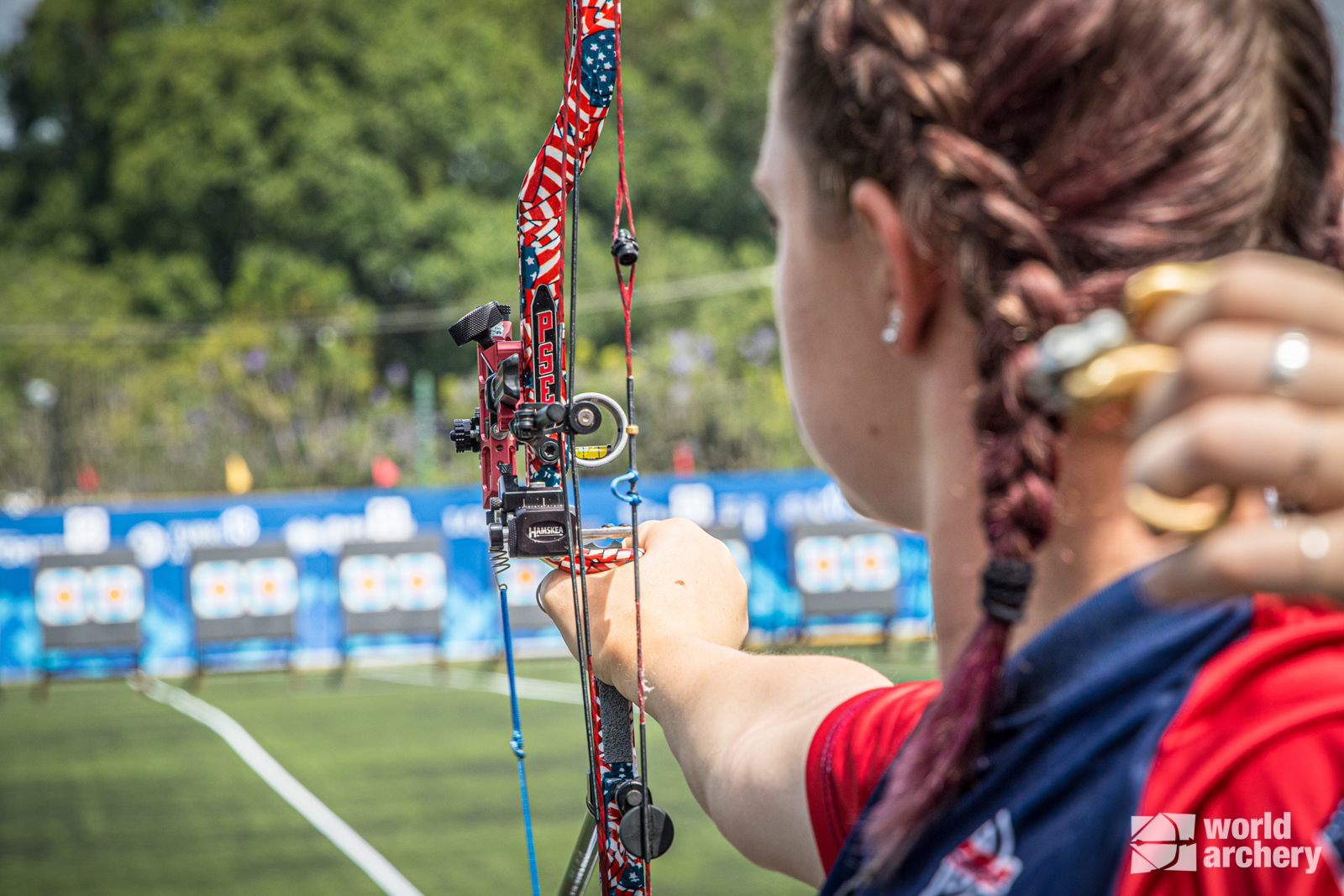 World No. 1 Alexis Ruiz and reigning world silver medalist Paige Pearce have impressive history on the world cup circuit. 2019 was Ruiz’s debut season, and she finished on the podium at every stage, including a gold win at the fourth event in Berlin. She was also critical in securing team and mixed team podium finishes all year. Pearce has appeared on the U.S. women’s world cup squad since 2014 and seems to be in her prime; she opened the 2020 season with a Vegas Shoot win before the international shutdown, and has since been on top of the national circuit amidst a competitive field.

Linda Ochoa Anderson makes her hotly anticipated U.S. debut on the world stage this weekend. Ochoa Anderson, married to USA’s Steve Anderson, has had nearly two decades of strong international performances for Team Mexico, but finally made the decision to compete for the U.S. She skipped the 2019 season to fulfill the mandatory 12-month break to change teams, and her break was extended in the 2020 shutdown, so Guatemala will mark her first international appearance in two years. Before taking time off, Ochoa Anderson has been ranked No. 2 in the world and has racked up an impressive slew of podium finishes including silver at the Archery World Cup Final in 2018. “It’s weird but, I’m not going to lie, it’s very exciting to wear this uniform,” Ochoa Anderson told World Archery about donning the red, white and blue uniform on the field for the first time; “I think I wore it a few times at home to get used to it and I like it!” (Read more of her story.)

Savannah Vanderwier is also new to the world cup stage. The 21-year-old has competed at the last two installments of the World Archery Youth and Field Championships in youth categories but is stepping into the senior spotlight after several years of success domestically. 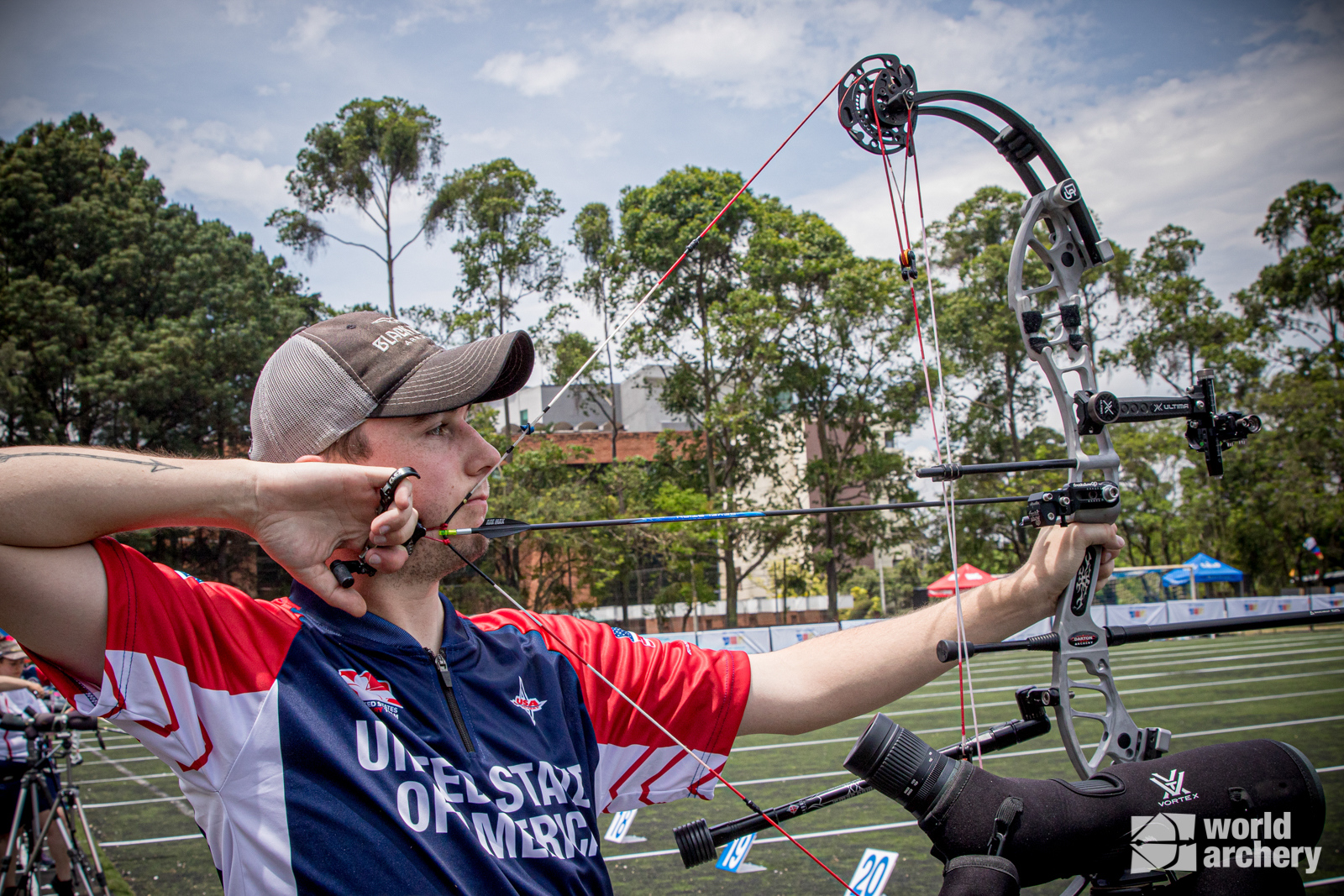 With the incredible depth of talent in the pool of U.S. compound men, there are no surprises in the 2021 lineup. World No. 1 and the most decorated archer in the history of the circuit, Braden Gellenthien, joins reigning World Champion James Lutz, who, until the 2019 World Cup Final, was undefeated on the world stage. In Kris Schaff’s debut season, he took the 2018 World Cup Final title and followed it up with a strong showing in 2019 with multiple individual and team medal finishes.

Reo Wilde is the only archer who holds a candle to Gellenthien’s medal count, having been a staple on the circuit since the world cup’s inception in 2006. While it’s been since 2016 that Wilde took an individual medal finish on the circuit, he and any of his teammates are in peak form to climb the podium this weekend.

The Guatemala World Cup begins with qualification tomorrow, followed by two days of early elimination matches. Friday features team matches through the bronze finals; Saturday hosts the compound finals and Sunday, the recurve finals. Weekend finals will be streamed on World Archery’s YouTube channel and via the Olympic Channel.