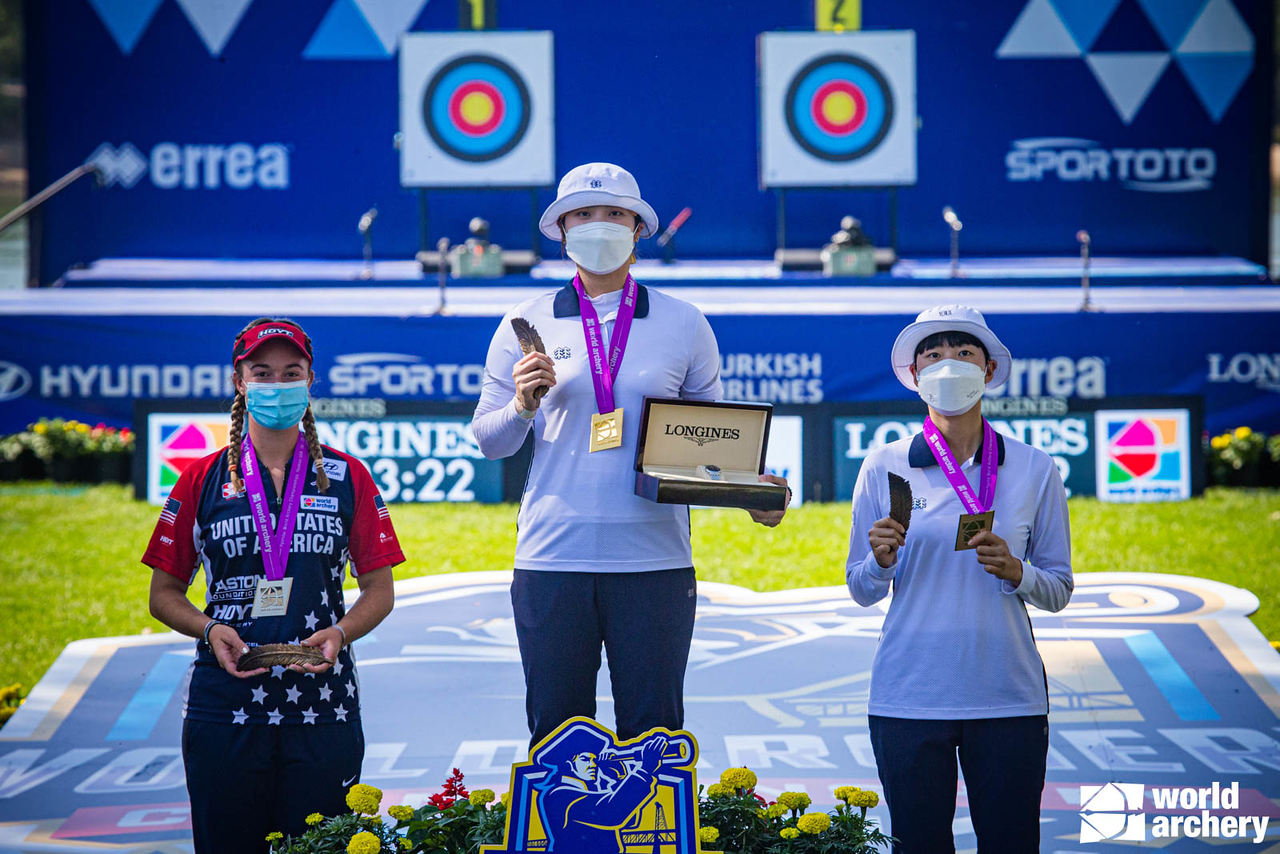 YANKTON, South Dakota – “She doesn’t know what’s coming for her,” uttered a confident Casey Kaufhold, minutes before taking the stage against Olympic Champion An San of Korea for the semifinals at the World Archery Championships.

17-year-old Kaufhold, fresh off her first Olympic appearance and a 4th place finish at the World Archery Youth Championships, continued to push her incredible drive to win to bound up the rankings in qualification at the home-court World Championship event, seeding 5th. After earning a spot in the elite-eight for the recurve women, she took the stage looking poised and determined. She swiftly upset India’s Bhakat in four sets, bookending the match with perfect 30s. 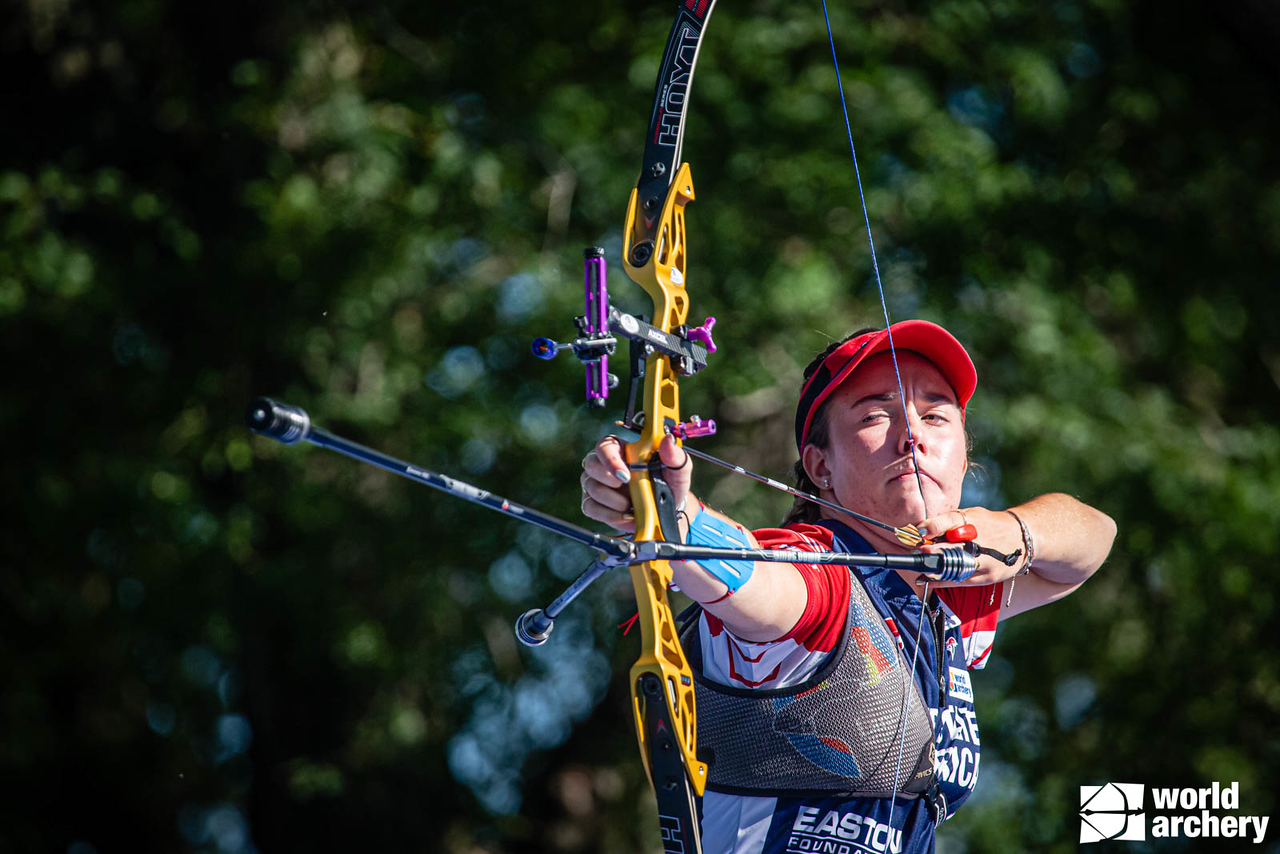 Through to the semifinals, Kaufhold showed no mercy, opening with two 29s to San’s 28s to take an early lead 4-0. San came back with a 28 to Kaufhold’s 27, but then dropped a 24 leaving the door wide open for Kaufhold. The U.S.’s young phenom closed with two solid 10s for a 28 and the 6-2 win.

“I literally thought of it as I have nothing to lose,” shared Kaufhold, “I’m 17 and I’ve only been shooting international tournaments for like three years so why hold back. I put everything out there, didn’t hold back pretty much and that was my main goal, to leave it all out there on the stage.”

She then went on to shoot against Korea’s Olympic team gold medalist Jang Minhee and came up just short in three quick sets to finish with the silver.

“It feels really great,” commented Kaufhold. “I didn’t have as good of a year previous as I would have liked but to end the senior international season with a silver at the world championships is just great. I’m super happy with how I shot, I kept myself composed throughout and I really just couldn’t be happier.” 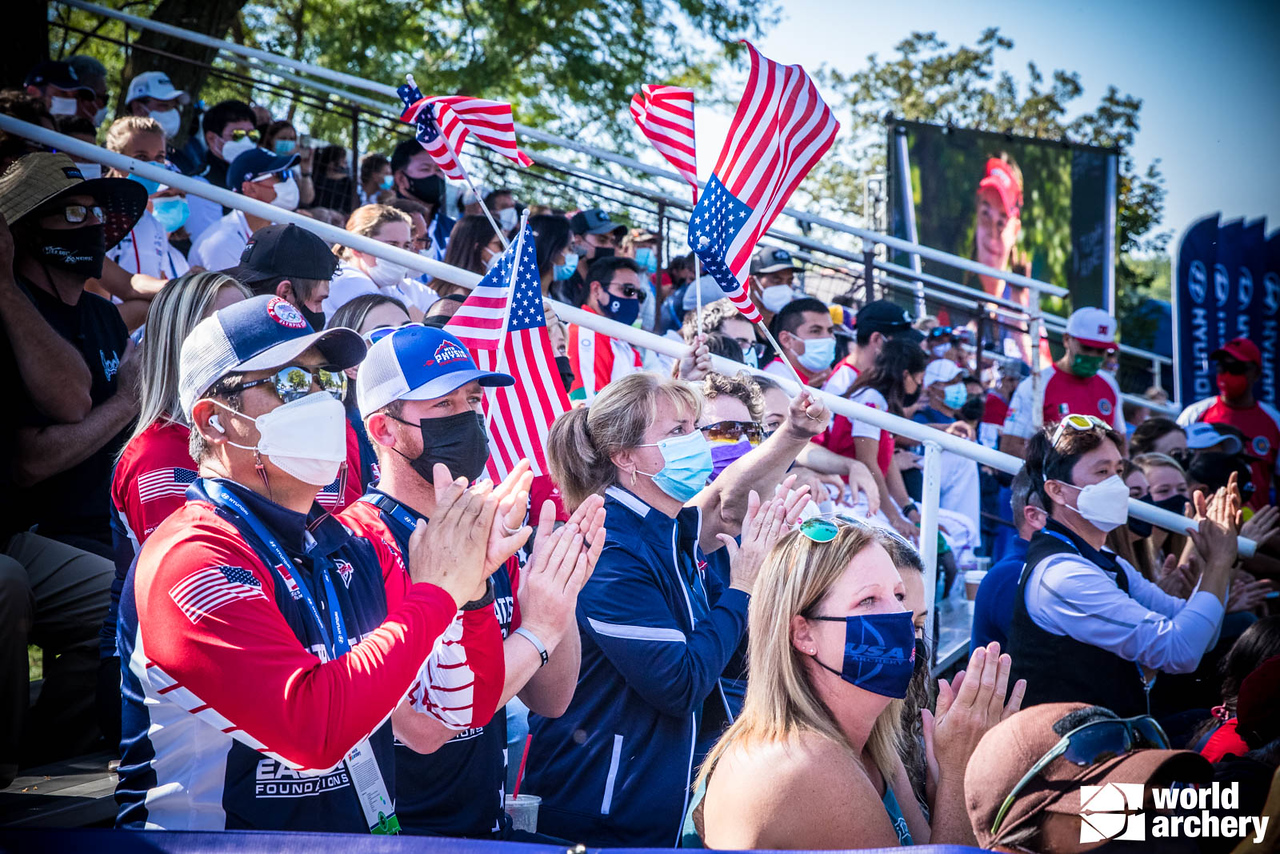 On taking the win for the host nation, Kaufhold added: “It feels really good to win on U.S. soil, I was able to have my mom here and my coach Heather [Pfiel] here just having that support and all my teammates and fans cheering as well, the atmosphere was just great.”

Competition wraps this afternoon as Brady Ellison shoots to defend his world title from 2019. Complete results are available at www.worldarchery.org and the finals are available on www.archery.tv.