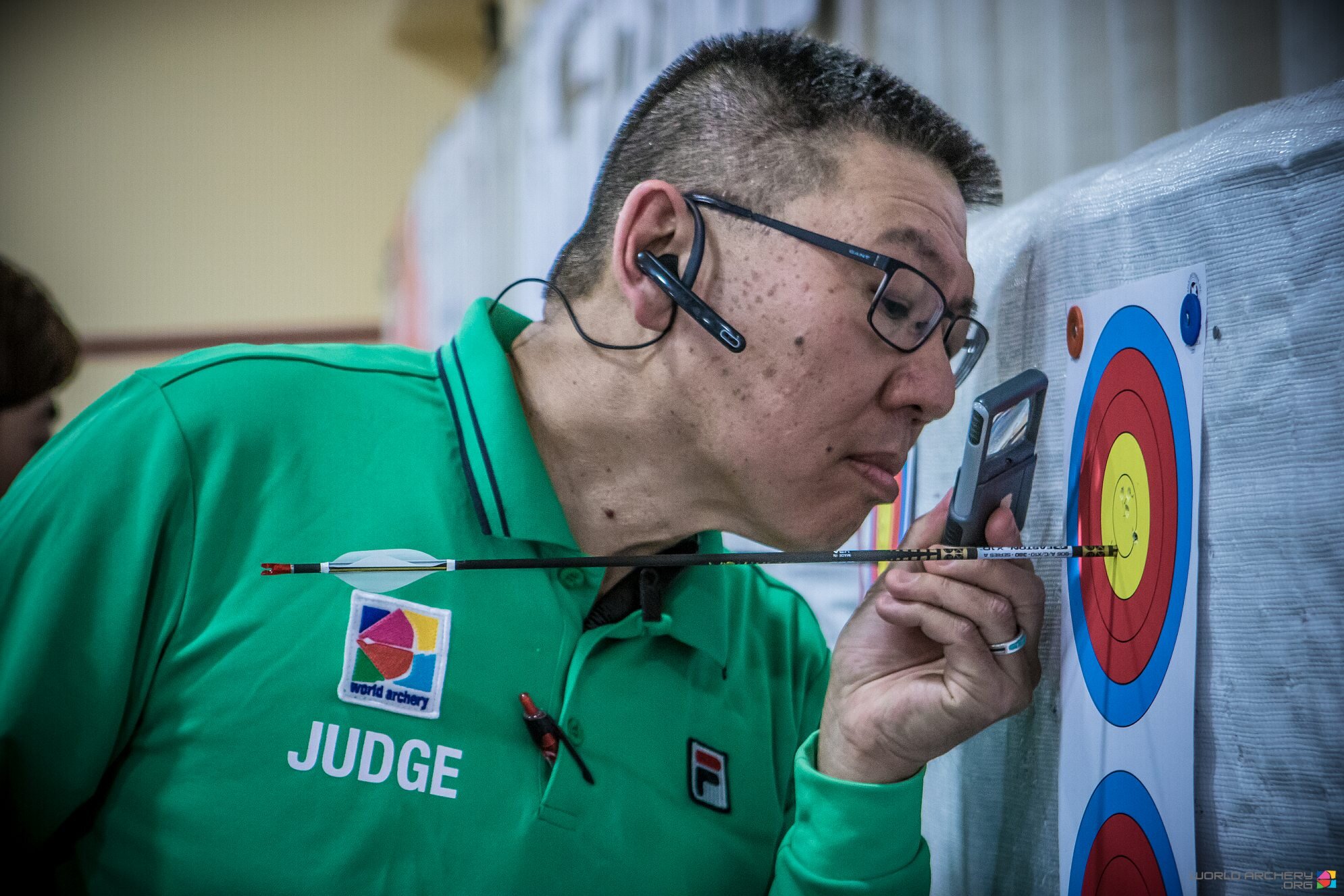 Pian came to archery with his daughter, Lindsay, who had an interest in the sport following a Girl Scout camp. In 2001, she found a JOAD program and got serious about training and competition. Bob shared: “I came into the equation as being the parent that was hovering around like parents do but didn’t want to be a helicopter parent. It was typical for tourneys to be in need of judges and since I was going to be at events anyway, judging was a good way stay busy.”

Pian became a Judge for USA Archery in 2002 and traveling with his daughter to international events piqued his interest further: “The judging leadership noted that I had the time and right demeanor to be a modern judge and encouraged my judging experiences and growth,” he added.

Pian soon became a national judge, and with experience planning and running local events, he also rose to the role of tournament director for the Arizona Cup, the USAT Qualifier Series Event hosted by Pian’s home state. In 2007 Pian was urged to become a Continental Judge and soon found himself in Venezuela for his first international event as a judge. “I was hooked!” exclaimed Pian. “Seeing the importance of international competition and being able to help was super rewarding.”

In 2009 he became an International Judge Candidate following a seminar and testing in Germany, and in 2011 he was promoted to International Judge. Pian credits his experience as a tournament organizer and director for increased insight and understanding that positively impacted his judging. Pian has now judged approximately 100 events including service as the Director of Shooting for the London 2012 Paralympic Games and as a judge for Rio 2016 and Chair of Judges for Tokyo 2020. Pian has served as Chair of Judges for two Universiades, a Technical Delegate for the Toronto Para Pan Am Games and he has judged seven World Cup and World Championship events domestically and abroad.

In the U.S. Pian has also served various roles at 20 editions of the Arizona Cup, over a dozen National Target Championships, JOAD Nationals, USAT events and U.S. Team Trials and numerous state and local events.

Pian shared: “I think it’s great for parents to find a role in the sport as they support their children, and judges are so necessary for clubs to be able to hold events and grow the sport at all levels…Over time helping becomes more than a family affair. I had no idea that I would go to the places I have and do the things I have when I started. I am so glad I was encouraged to give judging a try.”

“We are also incredibly grateful Bob decided to become a judge,” commented USA Archery CEO Rod Menzer. “His decades of service to the sport and to USA Archery in his roles as a judge, state coordinator, event organizer, and on various advisory councils and committees have been invaluable. Bob is not only an outstanding judge, but a fantastic judge educator and mentor. We thank him for his tireless efforts and share in congratulating him on this award and recognition from World Archery.”

USA Archery National Event Manager Sheri Rhodes said: “Bob has been an integral part of archery from his daughter’s JOAD club to international judge assignments at World, Olympic and Paralympic Games. We are thankful that Bob is always willing to share the benefits of his experiences and knowledge with our judge membership. Well-deserved award!”

Pian plans to continue involvement in the sport of archery; he sits on USA Archery’s JOAD Advisory Council and Nominating and Governance Committee and plans to remain in service as a judge and judge educator at the national and continental level. He also remains on the World Archery Target Committee and is a member of the National Archery Association Foundation.