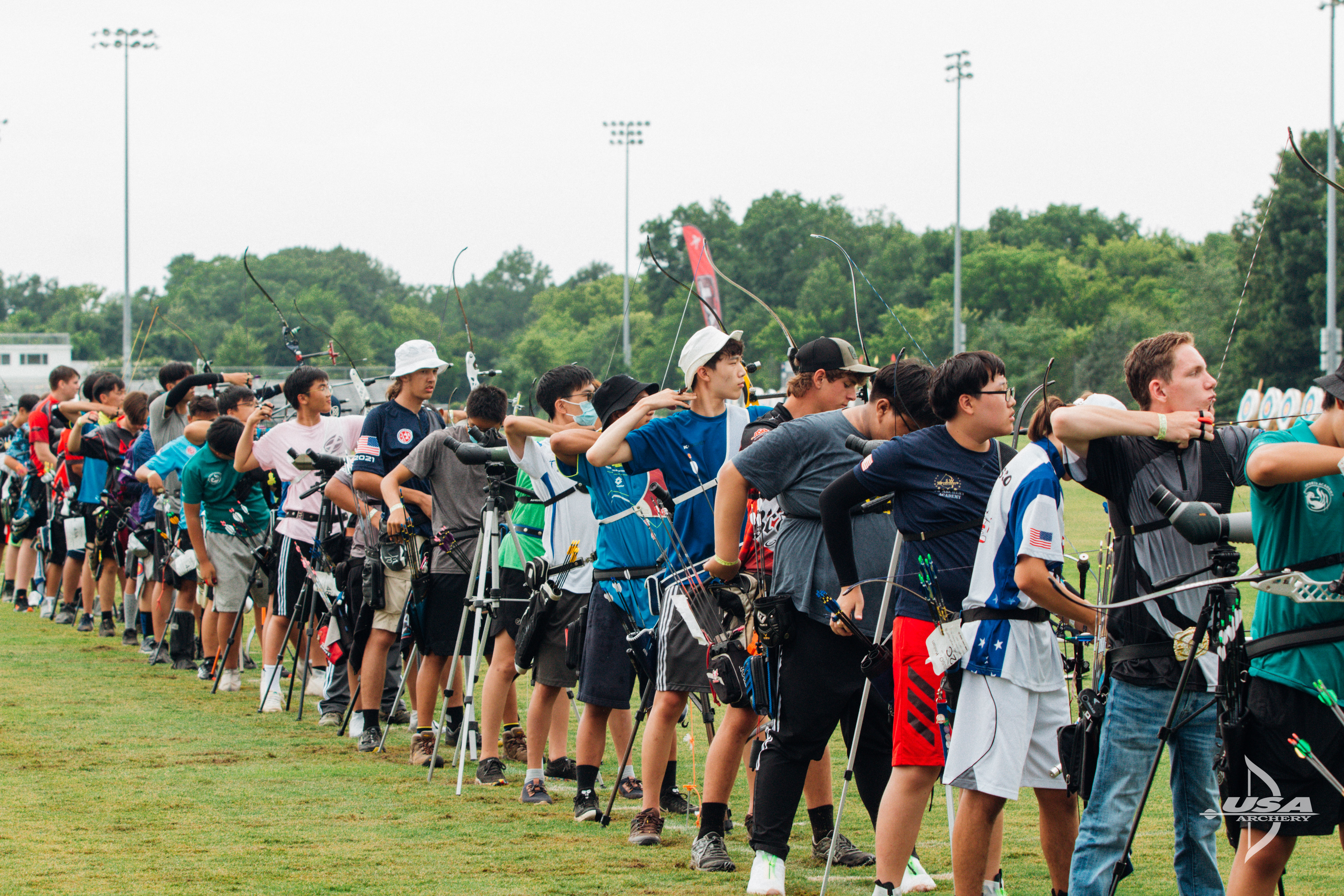 DECATUR, Alabama – JOAD Target Nationals threw every curveball in the book at the nation’s top young archers today, and through all the challenges, archers persevered, kept spirits high and finished strong with impressive scores. 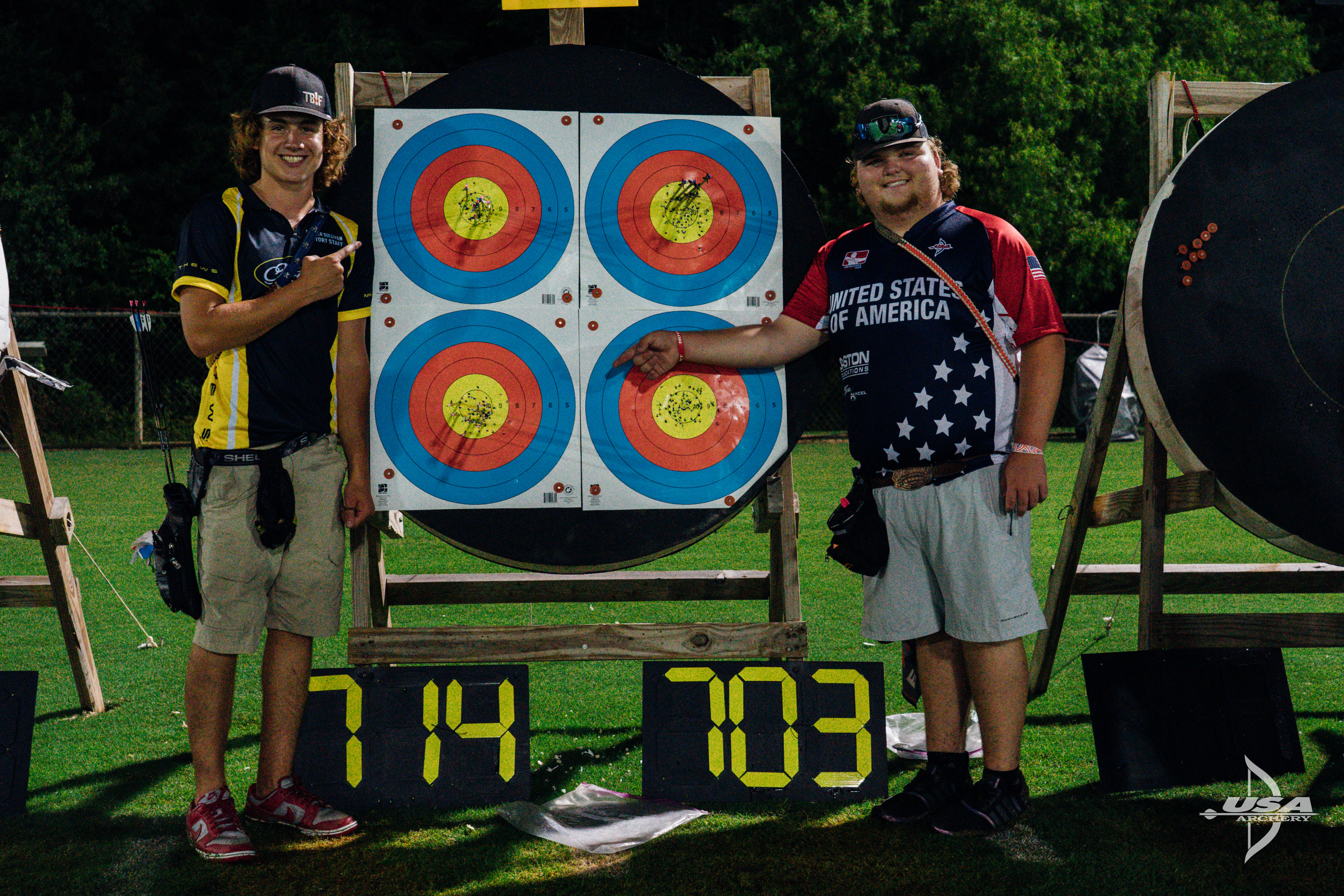 “I was shaking really bad in that last end. My mom was calling my arrows and it was really scary, but it was really fun; this is what I live for. Shooting is my favorite thing to do, so that was, it was like living in the moment,” commented an emotional Sullivan. “I don’t even know how to put it into words, it was super exciting. My dad just called me, and I’ve never heard him cry—he was crying. It was really heartfelt.”

Emma Kim also has a pending recurve cadet women’s world record with an incredible 1327 2x60m round, an 8-point increase over the previous best score. Kim and Sullivan have qualified first at every USAT event this season and are just at the peak of their games.

Aarya Arun was among national record breakers with a 1382 in the recurve bowmen men’s division. Matthew Russell knocked a 710 out of the park for the compound junior men’s record. Liko Arreola broke her second national record of the weekend with a 1435 at 30m for the compound cub women. Isabella Aguilar crushed a 619 today and 1231 total for two barebow bowman women's records. 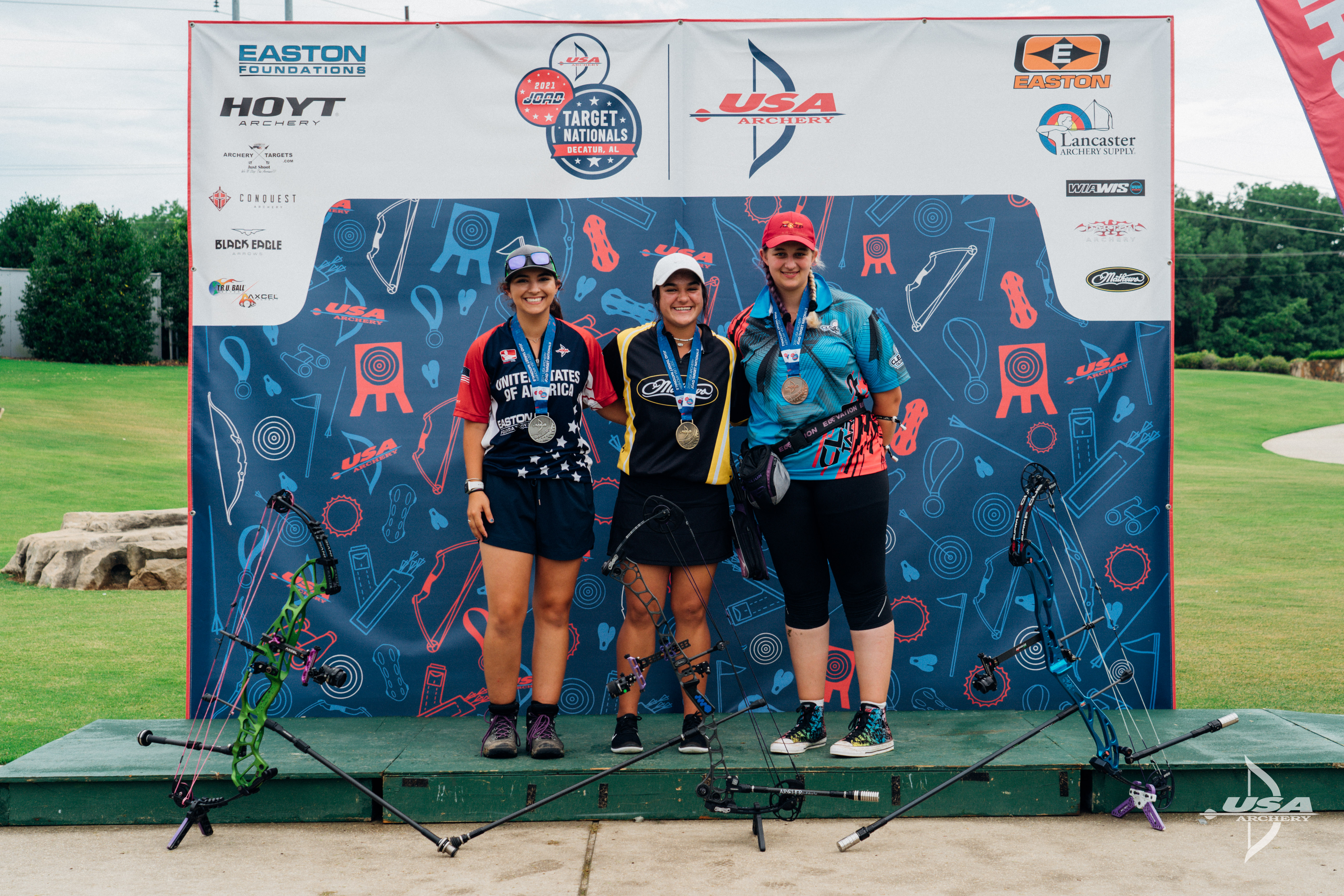 Across the field, scores were beyond impressive. We also celebrated archers singing, dancing in the rain, cheering each other on to successes and making memories to last a lifetime. Top compound cadet women’s qualifier Sydney Sullenberger commented: “Today was really good, despite all the craziness and delays, I just had to stay strong in my process, be aggressive with my shot and not let any of the mental factors outweigh my performance. I had a lot of fun with my bale. Just being back to normal tournament was really what I was looking forward to the most.”

The U.S. Team Trials for the Junior Pan American Games and World Archery Youth Championships are also running alongside the JOAD Target Nationals. Matchplay began late this evening and will continue throughout the weekend.