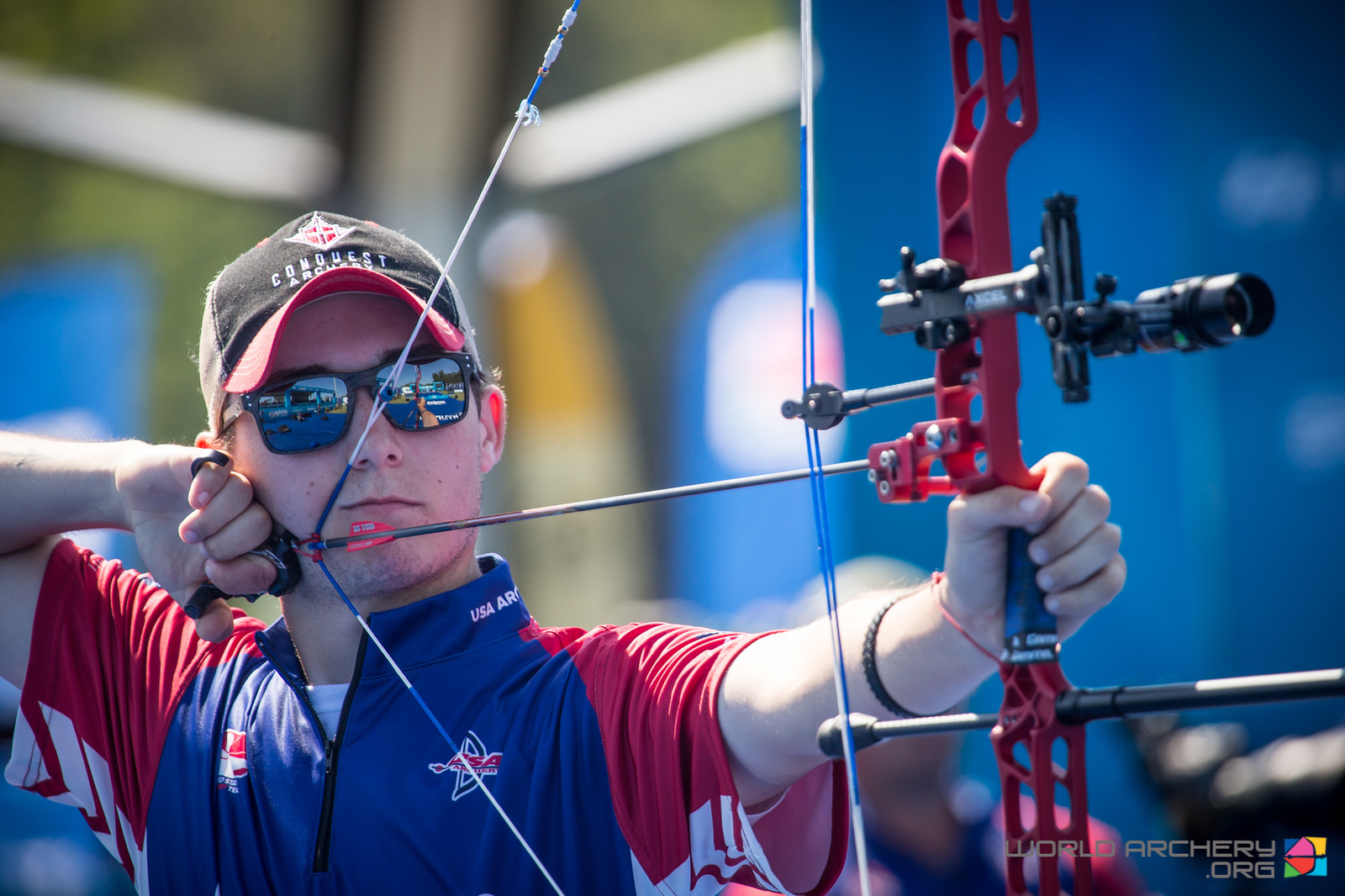 ANTALYA, Turkey – Compound Saturday at World Cup Antalya again saw USA topping podiums with outstanding shooting. At the third stage in the past five weeks, competition has been intense and the finals venue today was no different.

With the World Archery Championships just weeks away, Ruiz saw a new team lineup as Paige Pearce and Cassidy Cox replaced Jamie Van Natta and Sophia Strachan. The strong trio earned a shot at back to back titles in the gold final against Russia.

The match went back and forth as a few arrows got away from several archers on each team. Tied at the half, Russia swung the lead with 30 over the next three arrows, but the dropped a 25 to finish the end as USA took the lead 171-169. A perfect 30 from the U.S.’s final three arrows sealed the gold victory 230-226.

Pearce anchored the team, dropping only two points over the entire match. “It was a good finals match overall,” shared Pearce. “We worked well together as a team and we picked each other up when we needed it most. This was a great warm up leading into the World Championships in a few weeks. I think we will perform strong and work well together moving forward.” 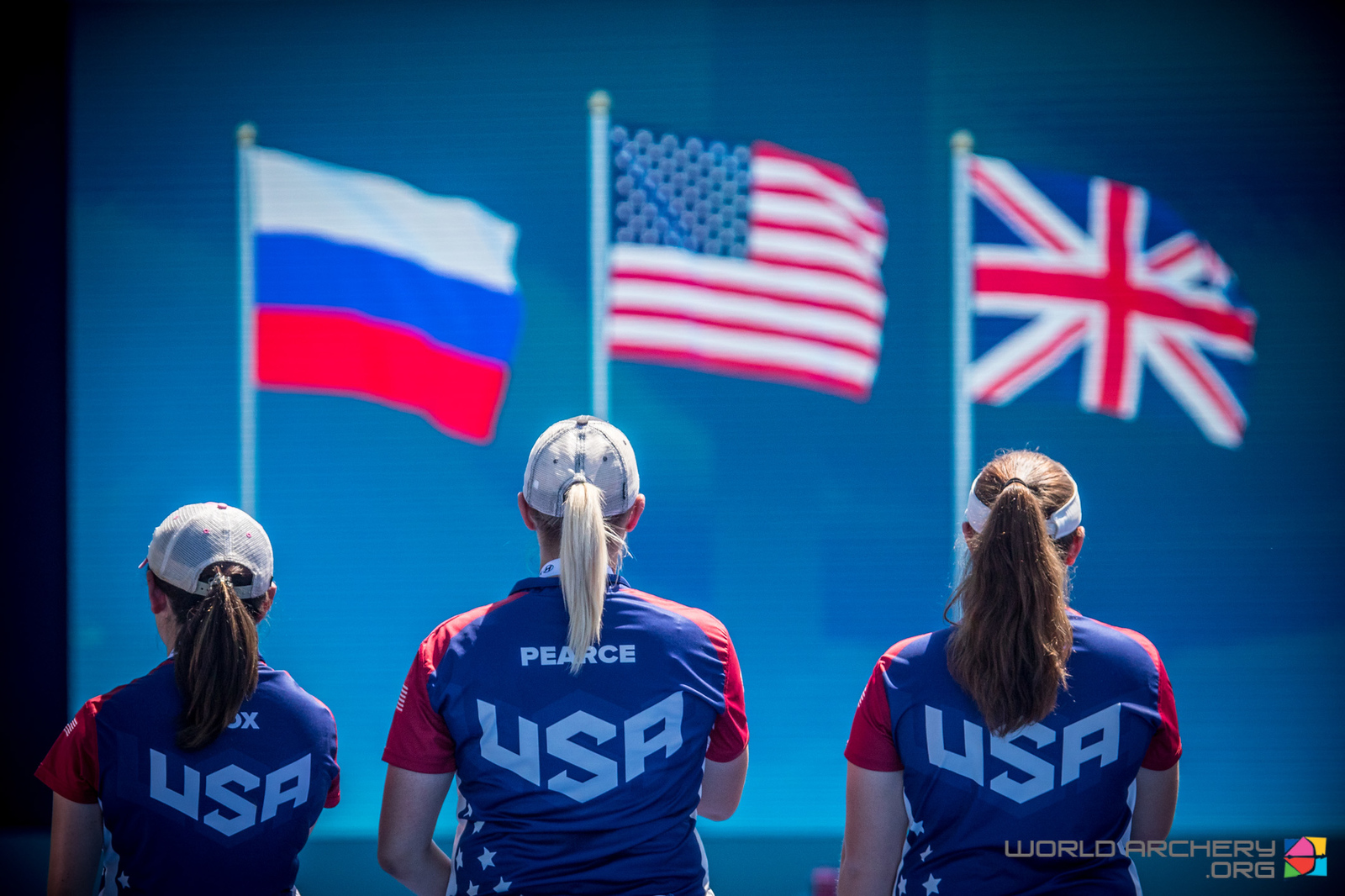 Ruiz returned to the stage in the individual medal matches for her first shot at gold. Although she is unbeatable in ranking points, it was clear the young archer was hungry for the title and the automatic World Cup Final ticket. Shooting against South Africa’s Danelle Wentzel in both archers’ first world cup individual gold match, both got off to a rocky start. Wentzel capitalized and took a lead in the second end that she was able to hold onto as Ruiz found her groove and posted one of the tightest-grouped 30s.

A 144-141 finish gave Ruiz the silver after bronze at the first two stages. Ruiz still leads on World Cup Ranking points with an insane margin that cannot be caught as the only female archer on the circuit to make all three of three individual podiums. 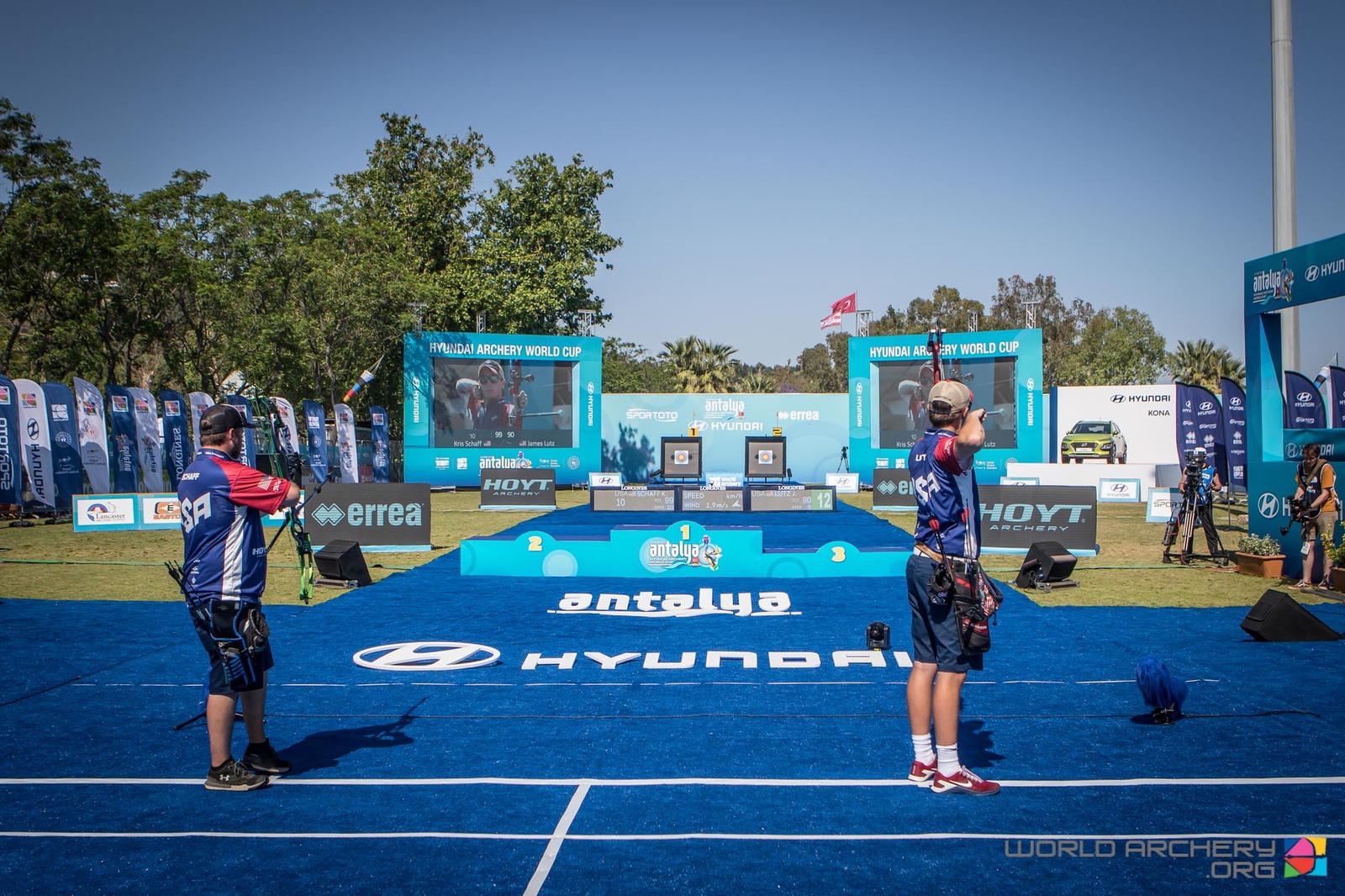 In the compound men’s gold final, James Lutz, in his World Cup debut, and reigning indoor and outdoor circuit champion Kris Schaff made for an all-USA final. With only two archers per country allowed in the Final and Braden Gellenthein already qualified, winning this match was critical for both.

The match quality was exceptional. Schaff dropped just one point in the first end, but Lutz was clean, smoking a perfect 150 to seal the win.

“I was so focused on each individual arrow that I didn’t even realize I was on for a 150 until the last shot,” shared Lutz. “Kris shot an amazing round and pushed me to my very best. That last arrow was surreal - I felt the nerves but my pin settled into the center of the target and the shot fired before I could even react. I couldn’t possibly be more excited or motivated to get home and continue training for the World Championships, and, hopefully the World Cup Final!”