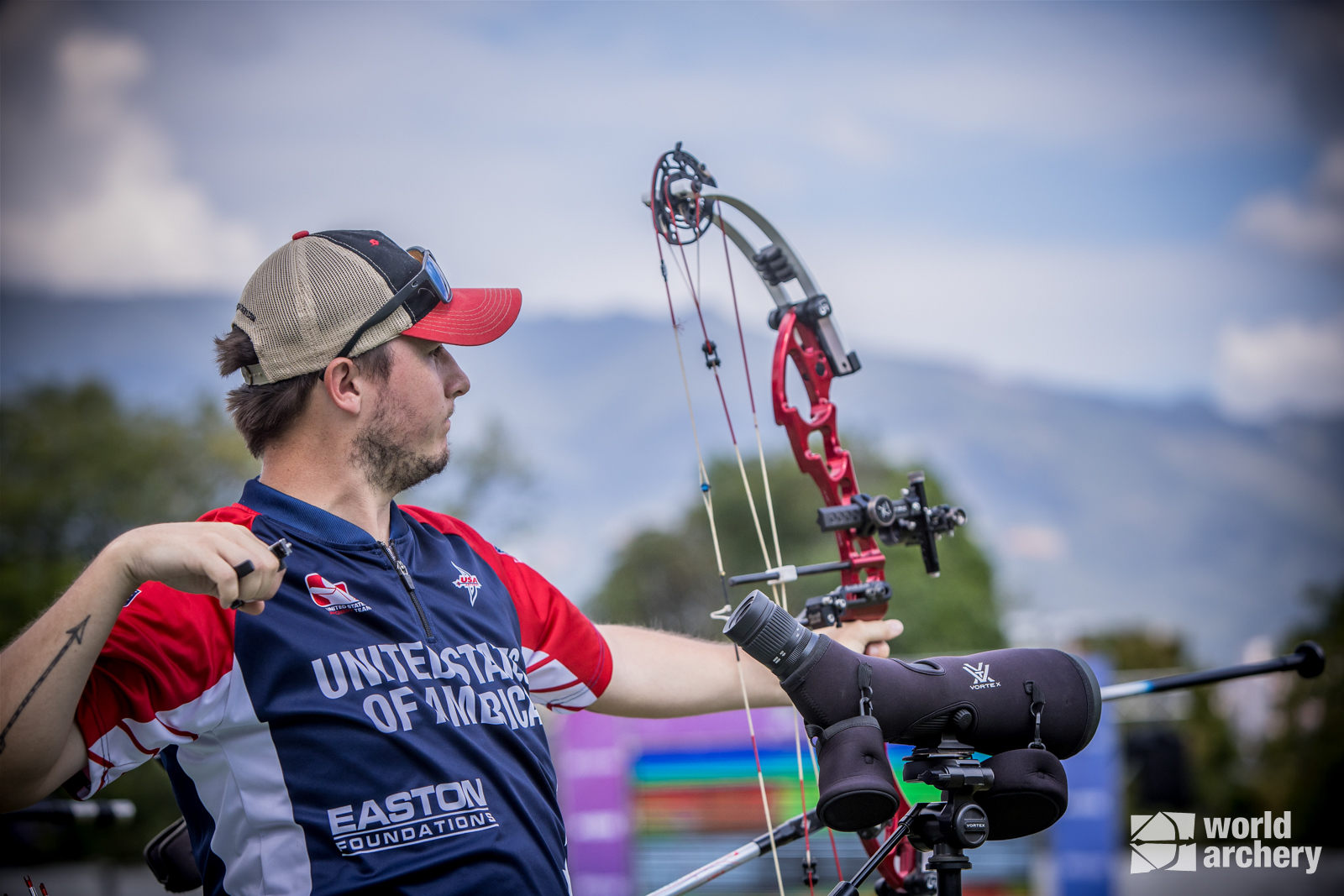 MEDELLIN, Colombia – James Lutz is advancing to Saturday’s semifinals in the men’s compound division at the final stage of the 2022 World Cup season. The recurve men’s and women’s teams were knocked out of the competition in the

The morning team matches had Brady Ellison, Jack Williams and Matthew Requa start strong against Belgium. After missing out on the first set by two points, the men’s team never gave up the lead to win 6-2. When it came to the quarterfinals, Spain proved to be formidable. The two teams never shot more than a couple of points apart, but ultimately Spain won the match 5-3.

The recurve women’s team of Casey Kaufhold, Catalina GNoriega and Jennifer Mucino-Fernandez finished fifth overall in the team event. When they faced Mexico in the quarterfinals, Mexico’s consistency paid off as they won the match 6-2.

In the afternoon compound competition, James Lutz is moving into the semifinals after a 148-147 victory over Guatemala’s Julio Barillas. Lutz was able to maintain a single-point lead on the unrelenting Barillas to win the grueling match. The U.S. archer will face France’s Jean Philippe Boulch on compound Saturday.

Linda Ochoa-Anderson and Makenna Proctor were eliminated before the quarterfinals. Ochoa-Anderson faced Colombia’s Alejandra Usquiano and led the first half of the match only to fall short by two points in the fifth set scoring 143-145. Similarly, Proctor also lost her match against Mexico’s Andrea Becerra 143-145.

Results are available at archery.sport. Shooting resumes tomorrow with the mixed team matches through bronze and the individual matches for the recurve archers in the afternoon. The finals will stream live this weekend on the Olympic Channel. Photos are courtesy of World Archery.