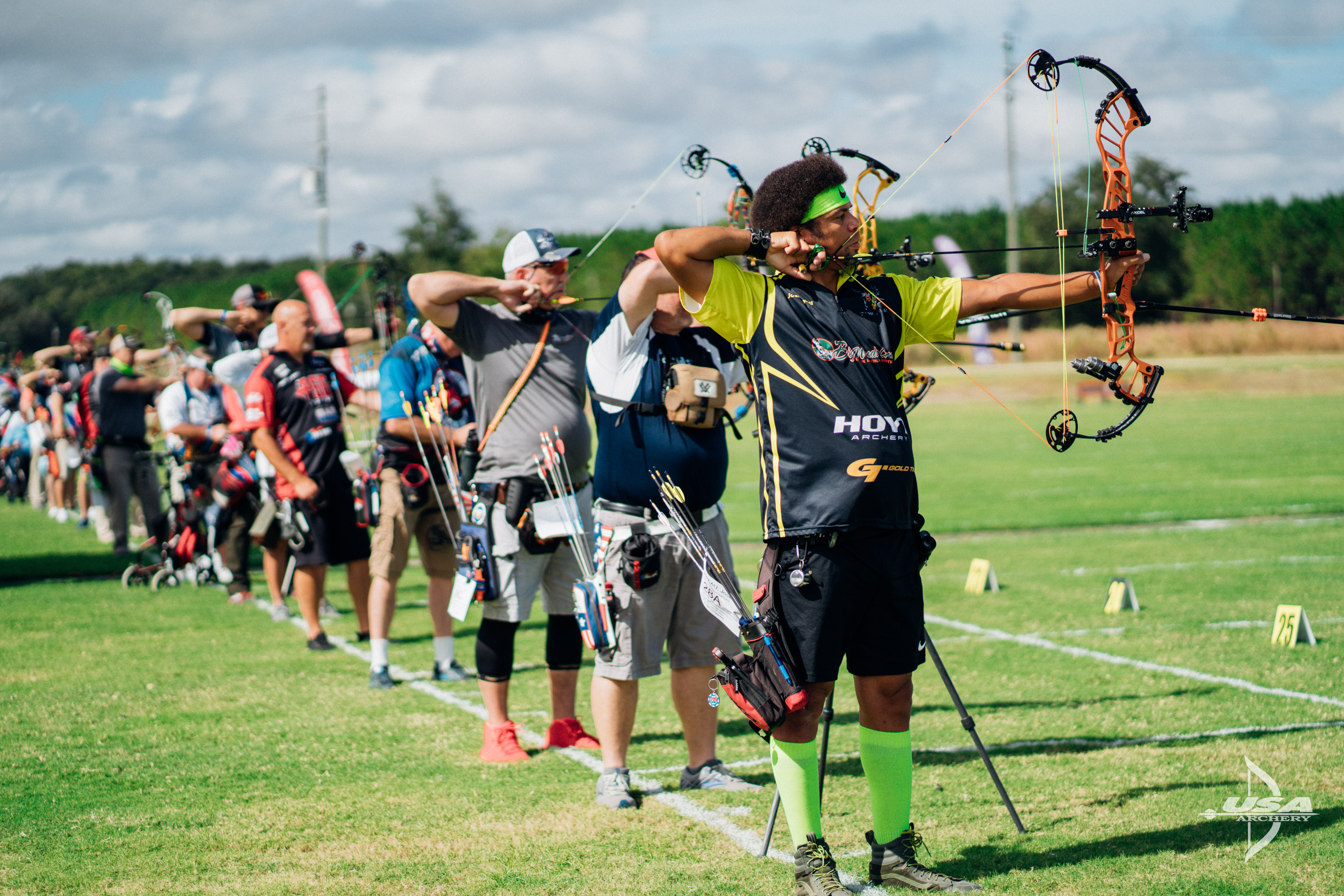 The competition opened with a 72-arrow qualification round for the senior and masters archers. While archers faced great challenges in the 2020 archery season, some of today's competition leaders talked about finishing the year on a high note at Gator Cup. 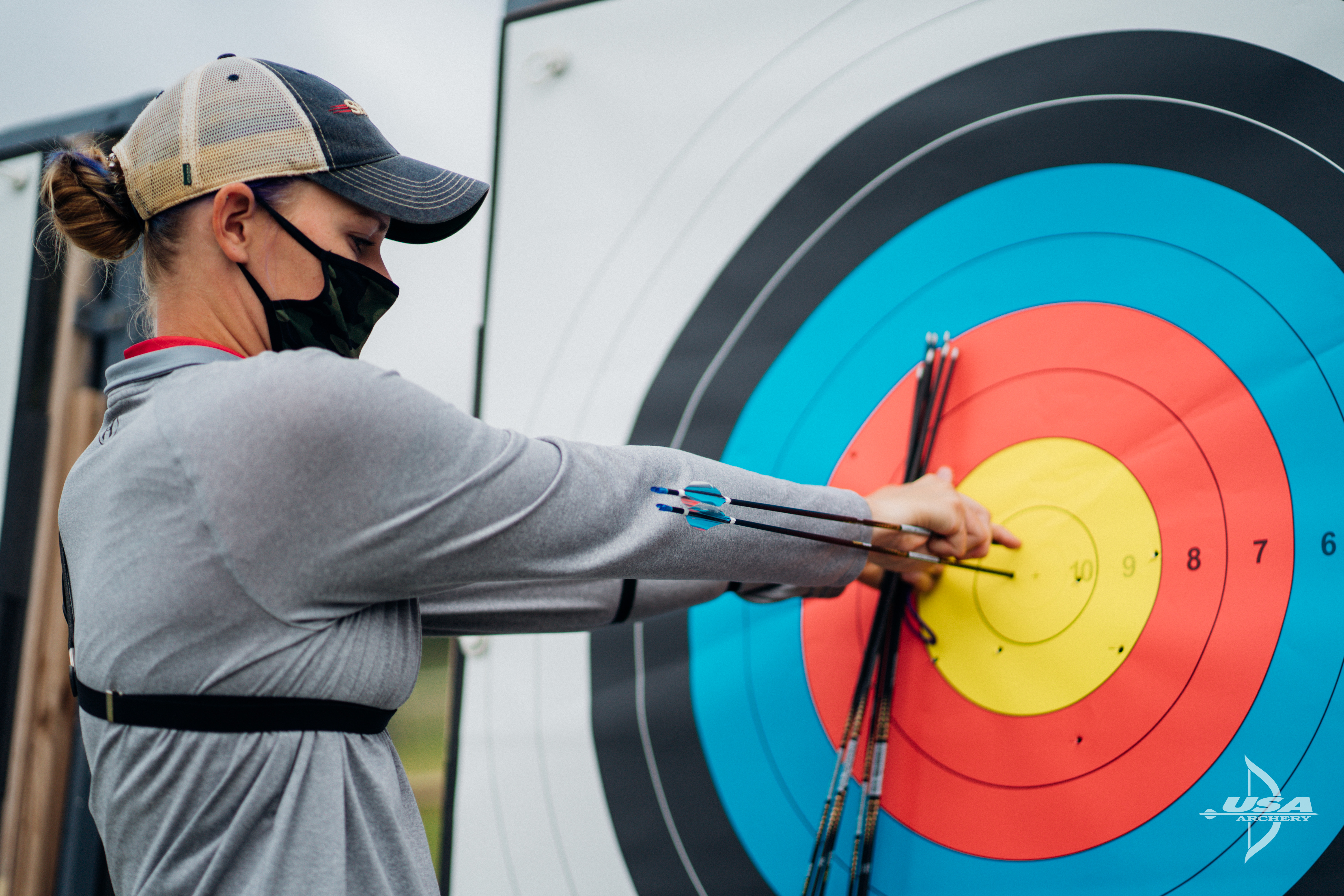 Mackenzie Brown, who topped the recurve senior women’s division shared: “This year has had its challenges for lots of different reasons, COVID-19 being a big one, but also dealing with the postponement of the [Tokyo Olympic] Games. I really struggled with that at first, but I think that it has actually been a blessing in disguise because I’ve worked a lot on my confidence and building up to compete well next year at the Games.”

On today’s competition, Brown said the wind posed its own challenges, but that, “the practice and the mental headspace I’ve been in has been helpful in getting me to where I finished today.” 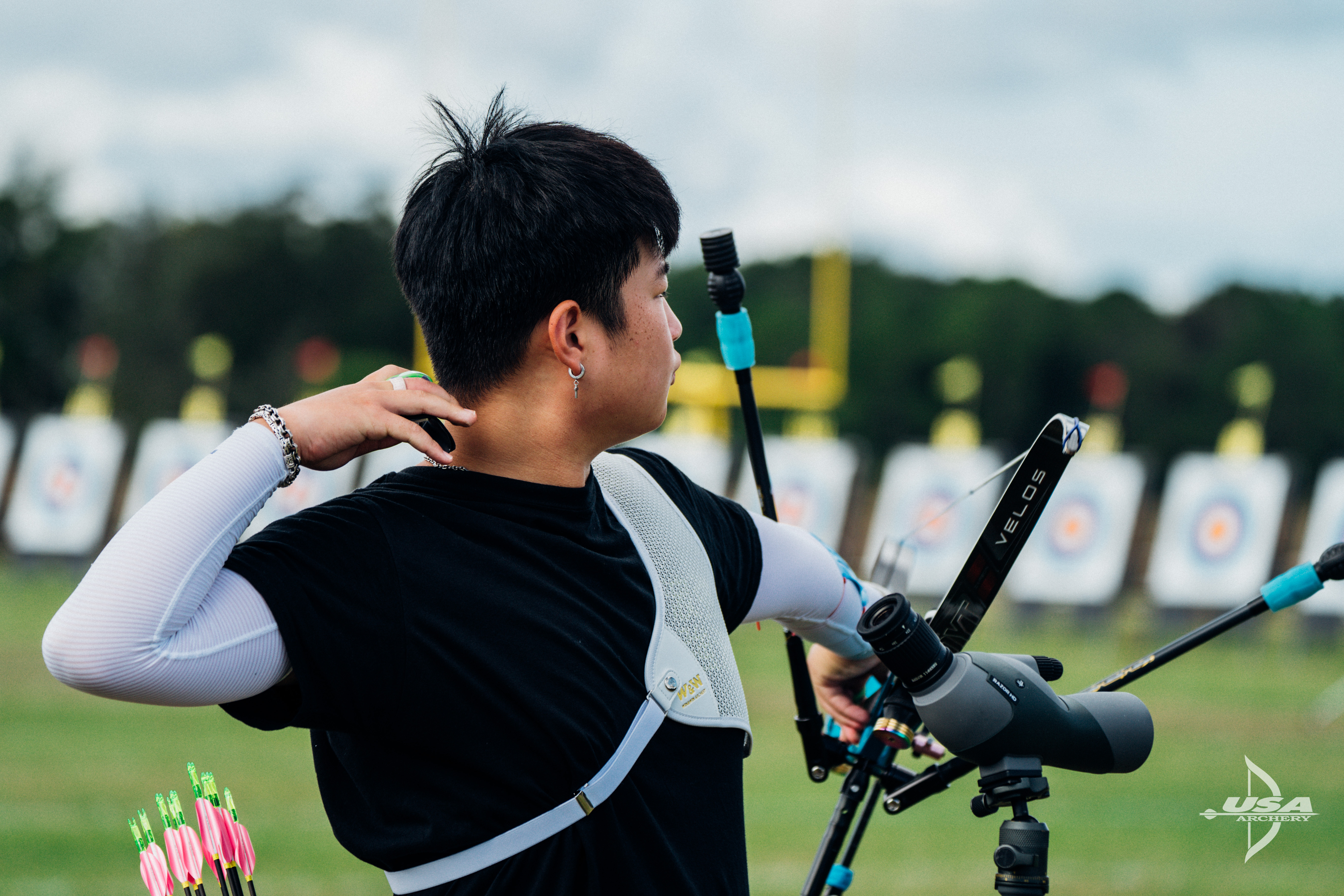 On the recurve men’s field, Olympic hopeful Joonsuh Oh has also benefitted from the extra year of preparation for the Games. Coming off a silver finish at the U.S. Open and a month of training with the Resident Athlete Program, Oh took a commanding lead in qualification, finishing with a 670—12 points clear the rest of the field. “It was an exciting day. I did better than I expected at Nationals and so I was hoping to do well here too. After day one, I think my hard work the past few months has really paid off.”

Oh shared that in addition to increased arrow count, his training has included studying his competition: “Now that I’m shooting against the big guys like Brady [Ellison], Jack [Williams], Matt Requa, I start looking back and reviewing what they’ve done and try to put that into my own training.” 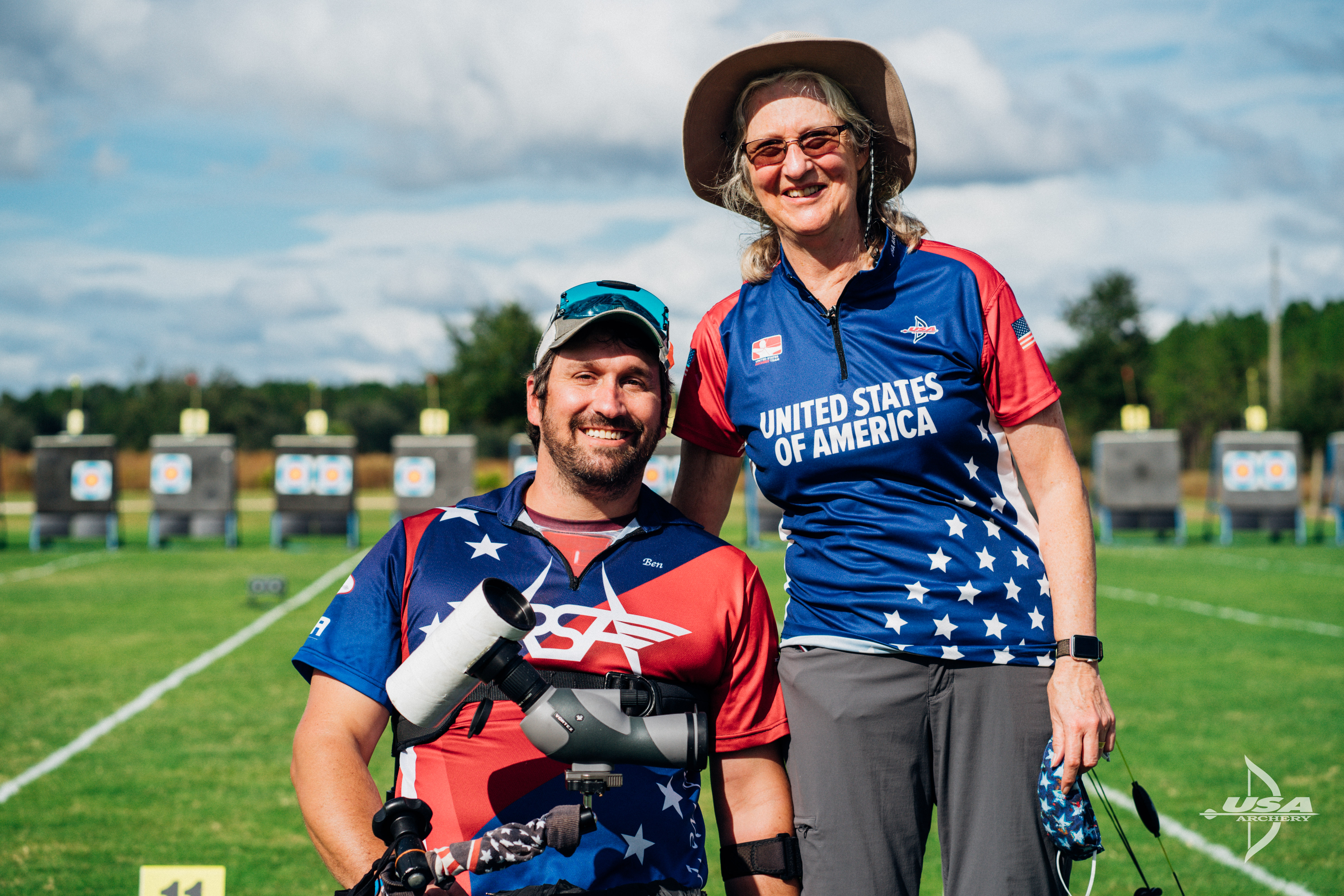 Para World Champion Ben Thompson also had much to celebrate today: the 10th anniversary of his motorcycle accident, and the compound open men’s top qualification score of 681. Thompson also has Tokyo in his sights for next summer and has embraced this year’s challenges: “2020 has been a crazy year for everyone, I think, but this is a nice way to end the year. To actually shoot on the anniversary of my accident is nice; it’s a day with some meaning and it’s nice to be out here shooting with archery friends.” 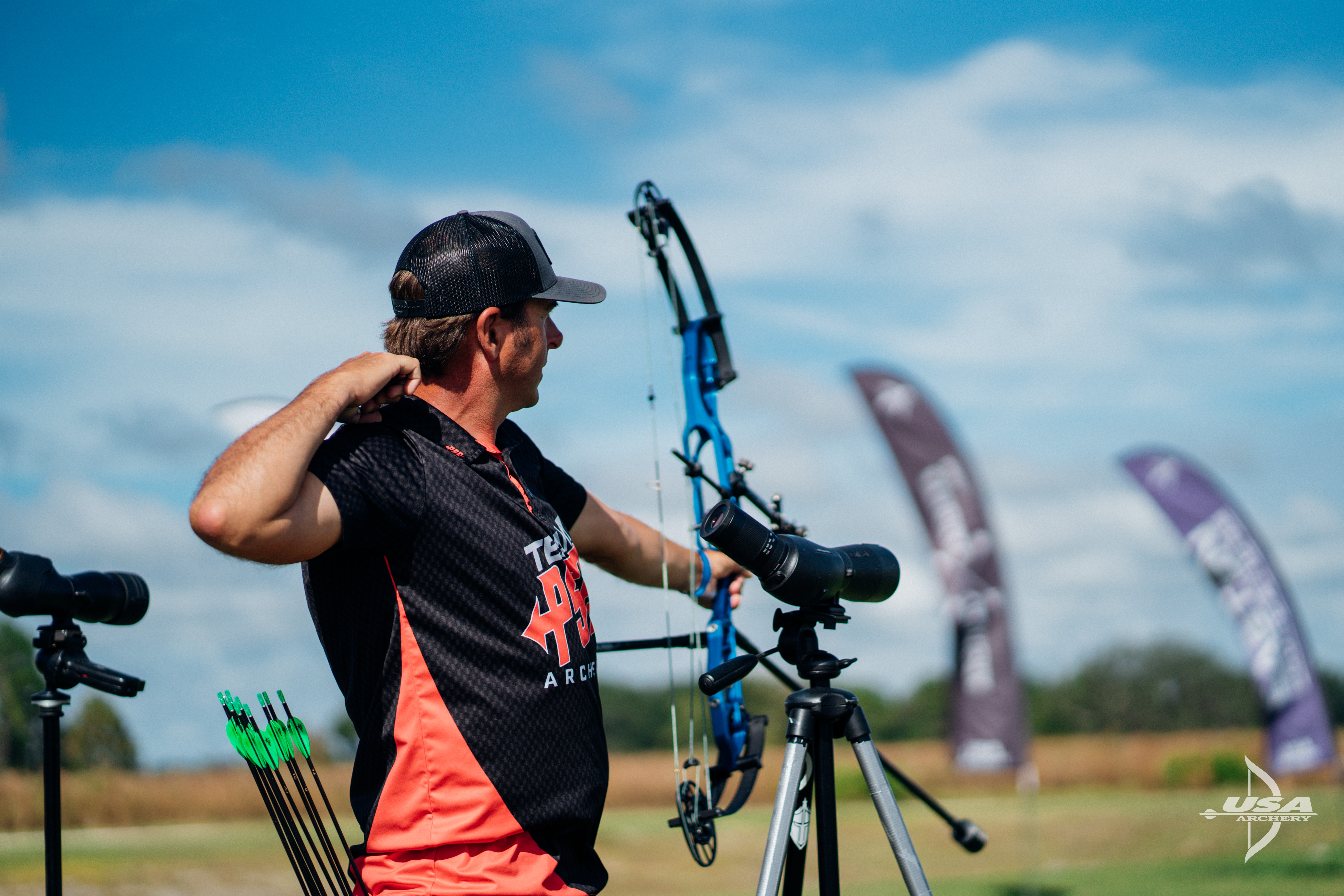 In the compound senior competition, Dave Cousins and Denmark’s Tanja Jensen topped qualification with 699 and 692 respectively. The compound men’s competition saw several top nationally ranked archers lower in the brackets and some dark horse competitors rose as Jared Laux finished second with a 696, Indoor Final Champion Kyle Douglas was third with a 695 and Cole Frederick qualified 5th behind World No. 1 Braden Gellenthien.

In the masters events, Timothy Gillingham had another solid performance for the compound men with a division topping 688 while Melaine White made an appearance at the top of the bracket for the women with a 658. Ken Kronberg and Tatyana Muntyan also both had impressive performances, coming in as the top seeds in the recurve divisions with 632 and 605 respectively.

Competition resumes tomorrow with youth qualification and senior and masters elimination matches. The senior gold medal finals will be streamed LIVE on USA Archery’s Facebook and YouTube at 8am ET on Sunday morning. Complete results from today’s events and live scores throughout the weekend are available on Between Ends. Check out our online photo gallery and join the conversation with #GatorCup.