NEWBERRY, Florida – The 2020 United States Archery Team Qualifier Series drew to a close today with the conclusion of Gator Cup, the final stop on the tour. Winds were brutal through elimination matches, causing some surprising upsets and interesting matches as some new faces made podium debuts and season strongholds earned critical ranking points to seal their spots on 2021 national teams. The recurve senior women saw a lot of changeups in the brackets through difficult matches, and 8th seed Catalina GNoriega climbed to face 3rd place qualifier Eliana Claps for gold. Claps took the gold and Casey Kaufhold claimed bronze over Erin Mickelberry. The four women are among the top archers competing for spots on the U.S. team for the Tokyo Games next summer.

In this afternoon’s youth competition, the recurve junior men’s bracket filled out much as would have been expected from qualification, Gabe Anderson edged out Adam Heidt for gold and Carter Merchant won bronze over Mason Moxley. The women’s finals featured extremely close matches; Gabrielle Sasai claimed gold over Richelle Shim and Abigail Rutledge won a shoot off for bronze over top seed Isabella Frederick.

With tough winds creating bigger gaps in the compound matches, there were great shakeups in the brackets; 3rdseed Austin Hall claimed the compound junior men’s gold over No. 5 Colton Gibbs, while Seth Trahan outscored top seed Matthew Russell by 12 points for bronze. Kate Iodice clinched the women’s gold in a shoot off over 8thseed Courtney Langley and 5th seed Emily Armstrong, in her USAT series debut, won bronze.

The cadets again were the largest groups on the field, particularly in the uber competitive recurve brackets. The recurve cadet men saw a lot of top qualifiers exit early and it was 8th seed Andrew Yoo who claimed gold over No. 3 Hanwul Lee in a shoot off, while 10th seed Jonathan Jen edged out No. 12 Erick Macasaet for bronze. Eunice Choi, typically a strong competitor in the division, came back from a 6th place seed to win gold over 8thseed Cham Chung and No. 7 Ailene Pak narrowly defeated 13th seed Samantha Ensign for bronze. 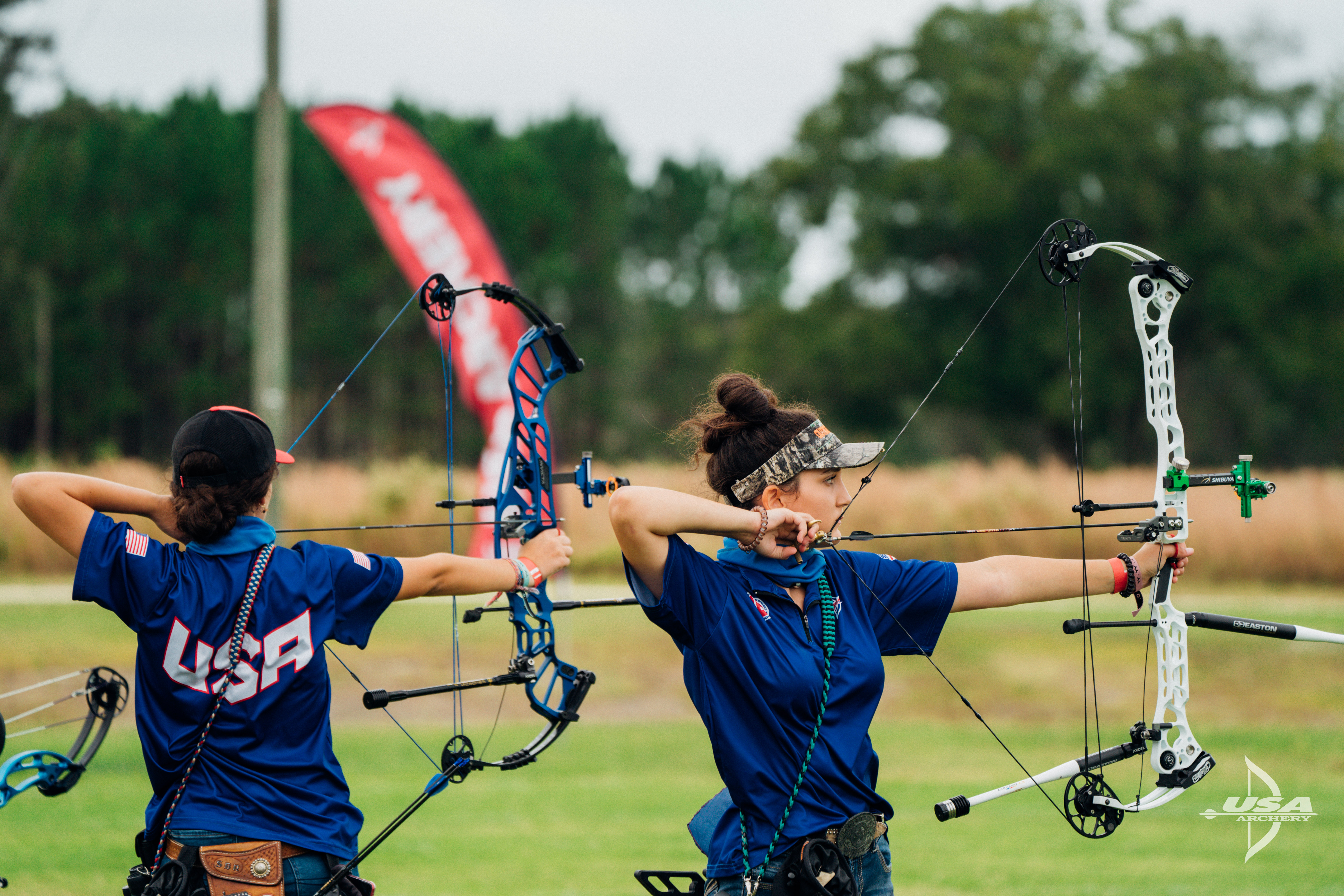 The Roberts twins climbed the podium for the compound cadet women, Allison Roberts went from 6th in qualification to a shoot off win for gold over Carson Krahe and sister, Samantha Roberts clinched bronze.

Complete results from today’s events are available on Between Ends. Catch replays of the senior gold medal finals on USA Archery’s YouTube, check out our online photo gallery and join the conversation with #GatorCup.