DUBLIN, Ohio -- The 2022 Buckeye Classic wrapped up today after the senior and 50+ medal rounds. The podium featured some new faces after a series of upsets and underdogs.

Ashley Kim won recurve women’s gold, taking her first-ever senior podium finish. Kim faced Molly Nugent in the finals, both climbing the ranks through elimination matches. Nugent took out top-seeded Casey Kaufhold in the semi-finals 6-2, while Kim beat Savannah Vanderweir 6-2. The finals saw Kim earn the gold 7-3 over Nugent. “Qualifications were rough, but I made up for it during eliminations and performed how I wanted to,” said Kim. “My execution was exactly how I wanted it to be. I trusted my shot and was able to follow through with it.” 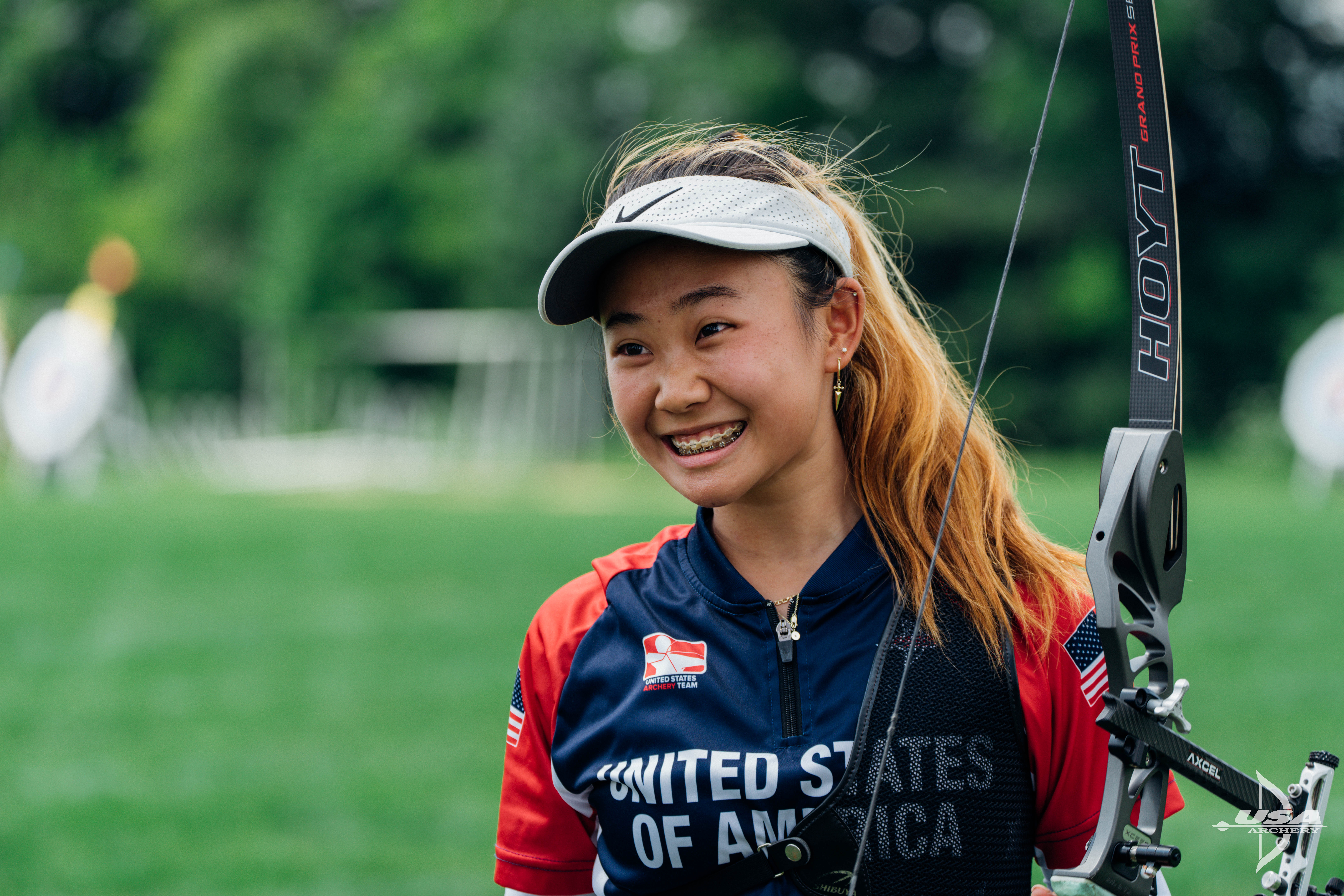 The recurve men also featured a new gold medal winner, Jackson Mirich from Arizona. Mirich shot against Nicholas D’Amour in the finals to win 6-2. “Most of my matches went pretty well until I started losing my energy and focus right around the semifinals when I went up against Devaang from Canada, but I was able to get it back in time for the finals,” said Mirich. “When I stepped onto the field for finals, I actually wasn’t that nervous. I thought that was a little weird - I figured my nerves would be worse out there.”

Kaufhold and Jack Williams won the recurve bronze medals. Kaufhold in a 6-0 match against Vanderweir and Williams in a close match 6-4 match against Devaang Gupta. 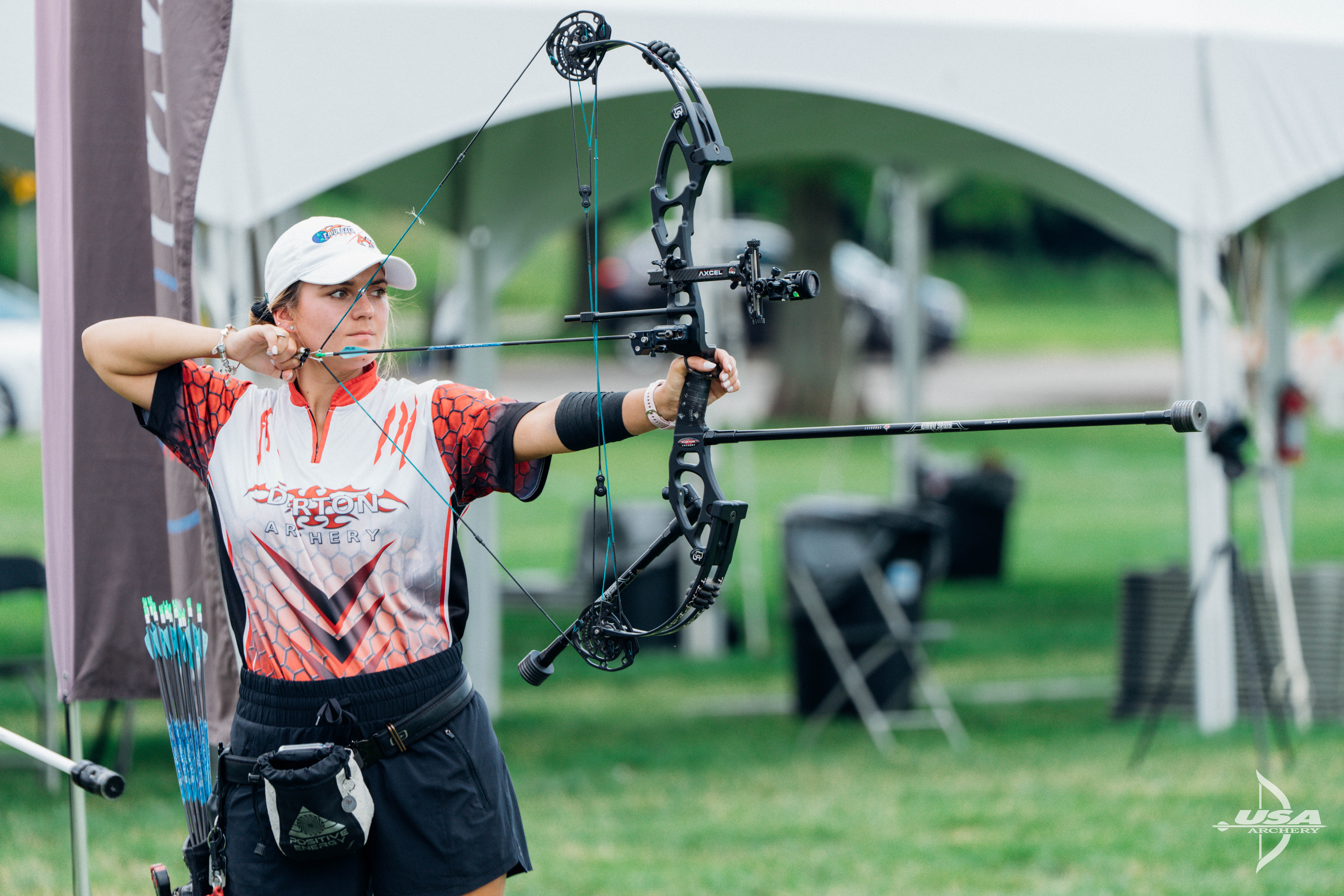 Danelle Lutz won compound women’s gold taking a huge step toward improving her national ranking and securing a spot on the World Cup Teams. Lutz met second-seed Linda Ochoa-Anderson in the finals after outshooting Makenna Proctor in the semis 148-145. Consistency paid off for Lutz against Ochoa-Anderson, as she won the match by a slim 144-142. “Winning this event makes me think, ‘Finally,’” said Lutz. “I’ve been working hard this year and I just needed my form and the weather to come together. In this event, everything finally clicked. I’m just so happy that it worked out for the last USAT of the year.”

The compound men’s finals featured the usual suspects and top qualifiers James Lutz, Braden Gellenthien and Kris Schaff. The finals had Lutz clamoring for points, but even two perfect ends couldn’t get the advantage he needed and Gellenthien secured the gold 148-147. In the bronze medal match, Schaff shot a perfect 150 to place third over Louis Price.

Ken Brunko claimed the compound 50+ men’s gold 142-140 over George Ryals IV with Kevin Kime picking up the bronze. “The competition is fierce,” explained Brunko. “When you face guys like George and Nieves [Gonzalez], you know you’re shooting against high-quality archers.”

Ron Gosnell and Larry Anderson duked it out in the recurve 50+ men’s finals. Anderson took a strong lead, but Gosnell was able to turn things around to win 6-4. “I had a tough time, in the beginning, getting it together. Every single match was a bit of a struggle,” admitted Gosnell. “In the end, everything came to me at the right time to take it home.” Thomas Hardin joined them on the podium after dominating the bronze medal match 6-0. 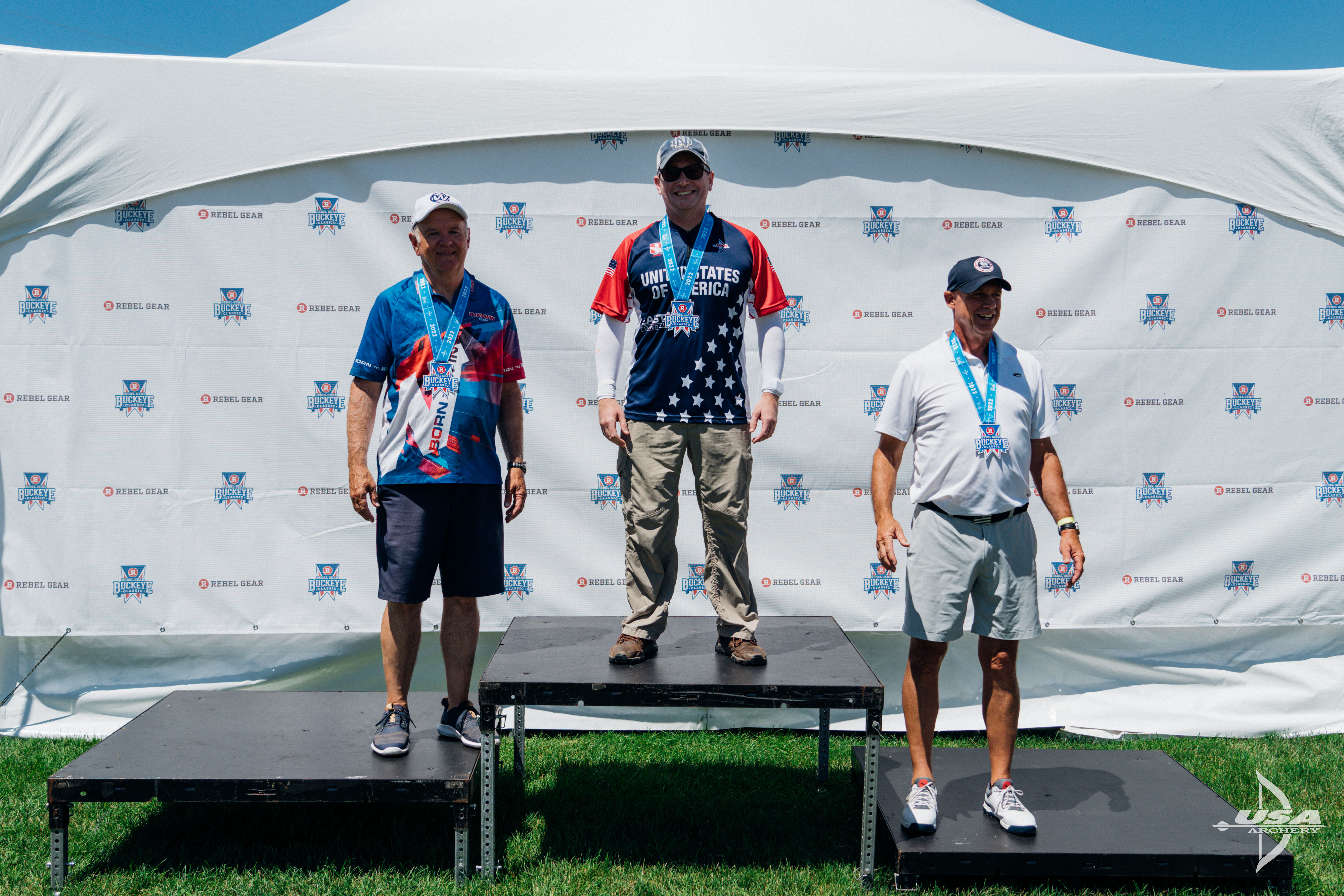 Top-ranked Richard Stonebreaker had a close 6-5 semifinals match against Chris Accardo before heading to the barebow men’s gold. In his final match against Nolan Encarnacion, Stonebreaker shot his highest scores of the day. “As the day ramped up, I got it together. Some matches I barely squeaked by, and I had to earn the rest of them. My three best ends were in the finals,” said Stonebreaker. “What a beautiful day, beautiful venue. We couldn’t have asked for a better weekend of shooting.”

< Back to All News
Previous