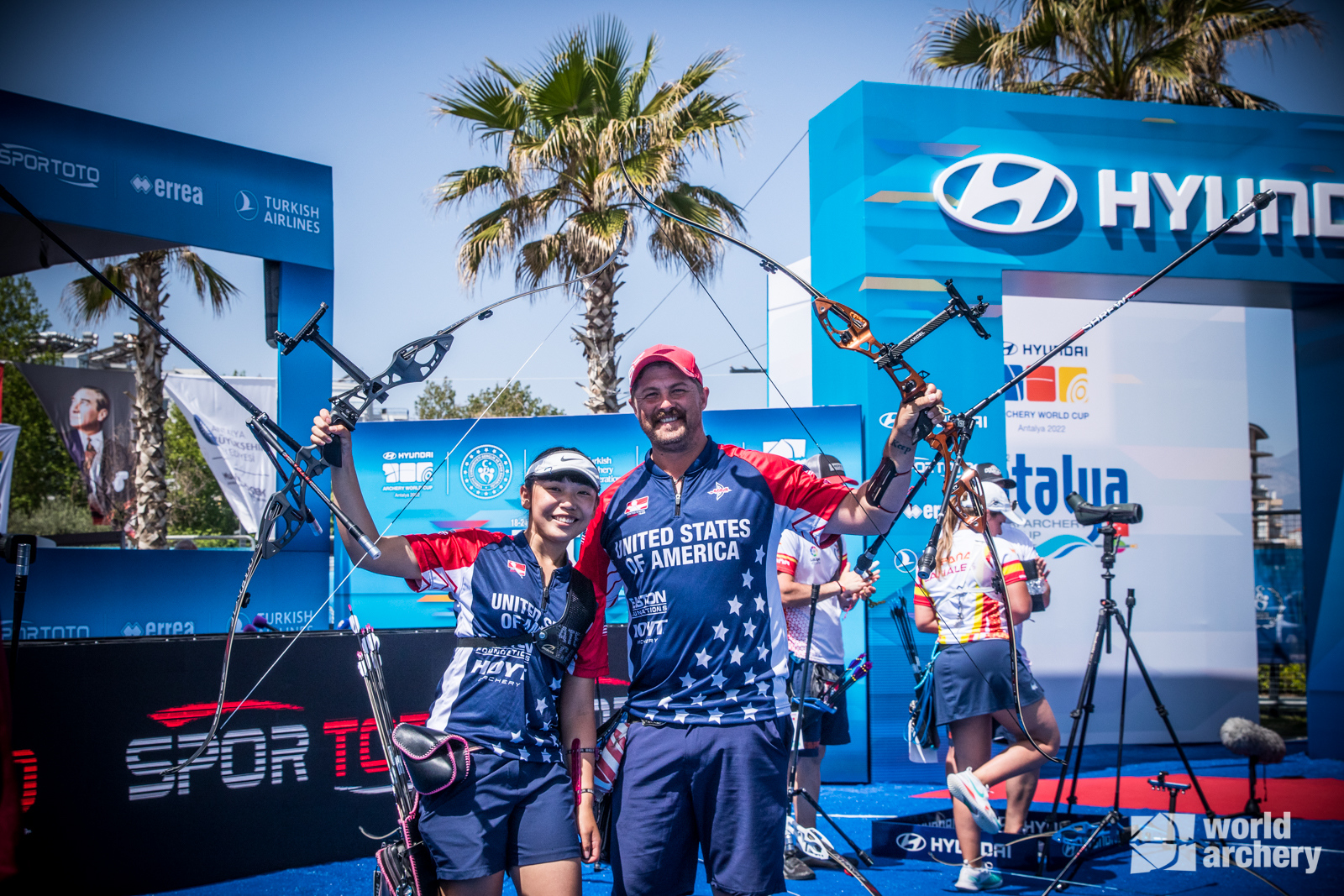 ANTALYA, Turkey – The five-time archery World Cup Final Champion, Brady Ellison, opened the 2022 season with points on the board and his sixth individual podium in Antalya since the circuit’s inception. While he may not yet be in the peak form for the season he is planning to achieve, experience won out and Ellison is bringing home both the individual and mixed team bronze with Gabrielle Sasai.

In this morning’s mixed team final, Ellison joined 15-year-old Sasai in her world cup finals stage debut. Ellison and Sasai opened strong against Mexico with a 39, then dropped the second set for a 2-2 draw. They brought it back to 4-2 and in the final two arrows of the last set, when Sasai fired an 8, Ellison needed a 10 to split the set with Mexico and take the win for USA, and he delivered with a roar. 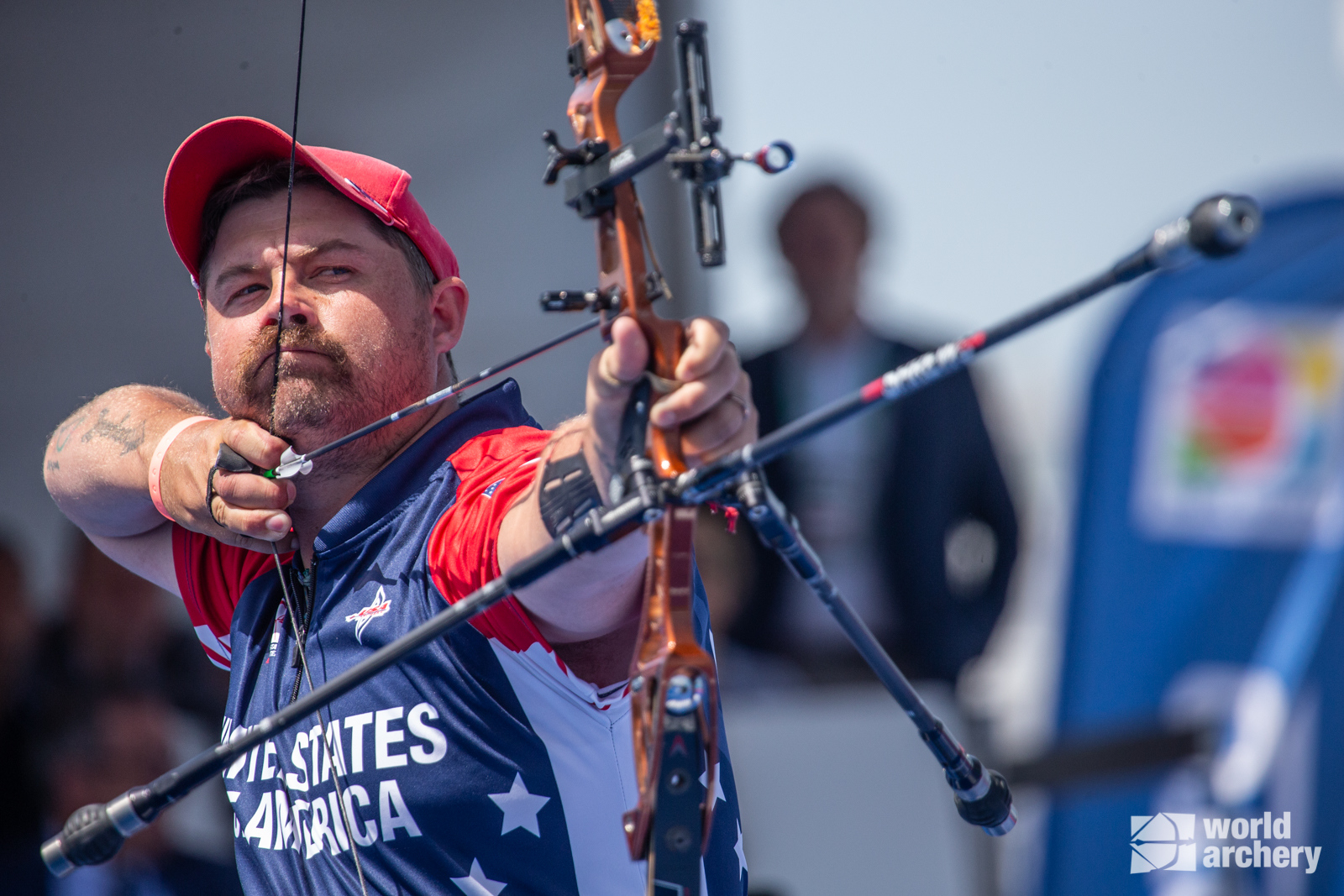 Ellison and Spain’s Miguel Alvarino Garcia then returned to the stage for the individual semifinals. It appeared Ellison was battling himself in the match, not quite taking every opening that was afforded to him and the back and forth match drew level at 5-5 for a shoot off. Alvarino Garcia opened with a 10 and Ellison responded with a 9 to advance to the bronze final.

Shooting against home favorite Mete Gazoz, who ousted Ellison in last summer’s Olympic Games before Ellison got his big comeback win taking bronze over Gazoz at the 2021 World Archery Championships. Despite an early lead for Gazoz, Ellison held steady, drawing the match level at 3-3, taking the three final sets for a 7-3 win.

With much of the season to go, this is a bright start for Ellison and Team USA Archery, which saw a largely developmental team bring home several top 10 finishes, including Sawyer Sullivan, Shawnn Vincent and Gabrielle Sasai. Results from the competition are available on worldarchery.sport. Photos courtesy of World Archery.