ANTALYA, Turkey – The recurve archers took the field at the Archery World Cup season opener in Antalya this afternoon. Five-time World Cup Final Champion Brady Ellison, the winningest recurve archer on the circuit, won gold at the last two stages of the 2021 season, but lost his chance at a 6th Final crown, taking silver behind teammate Jack Williams.

Ellison is already looking primed for another successful season, coming off a big win at the Arizona Cup earlier this month where he said he’s made a few adjustments that he believes will have him dangerous on the field this year. Ellison held steady in today’s round, qualifying 3rd with a 673, just one point off the top score.

Matthew Requa was 45th with a 652, Williams was 67th with a 643 and Matthew Nofel, in his second world cup appearance, qualified 69th with a 640. The men’s division was large enough to warrant a 1/64th elimination round. Nofel and Requa breezed through quick wins, while Williams went out in a 6-2 decision.

Gabrielle Sasai, in her world cup debut, qualified 16th for the women with a 640, an impressive feat for the young teen in a field stacked with talent. Catalina GNoriega will also continue in the competition after qualifying 57th with a 617. Also making their first world cup appearances, Eunice H. Choi and Isabella Frederick did not make the cut to the top 64, a new institution to this year’s World Cup rules, but Choi will join GNoriega and Sasai in the women’s team event where they are seeded 13th.

Ellison, Requa and Williams are 10th for the men and Ellison and Sasai ranked 7th for the mixed team event.

In this morning’s compound team events, USA’s lineup of World Cup rookies took the field. Seeded 4th for the men, Sawyer Sullivan, Shawnn Vincent and Steve Marsh had a bye into the round of 16 where they met Austria in a tough match. The U.S. trio slowly built a lead, up 173-171 headed into the final end, but Austria’s perfect 60 outscored the USA’s 57 for a final 231-230 score that left the U.S. out of the running. 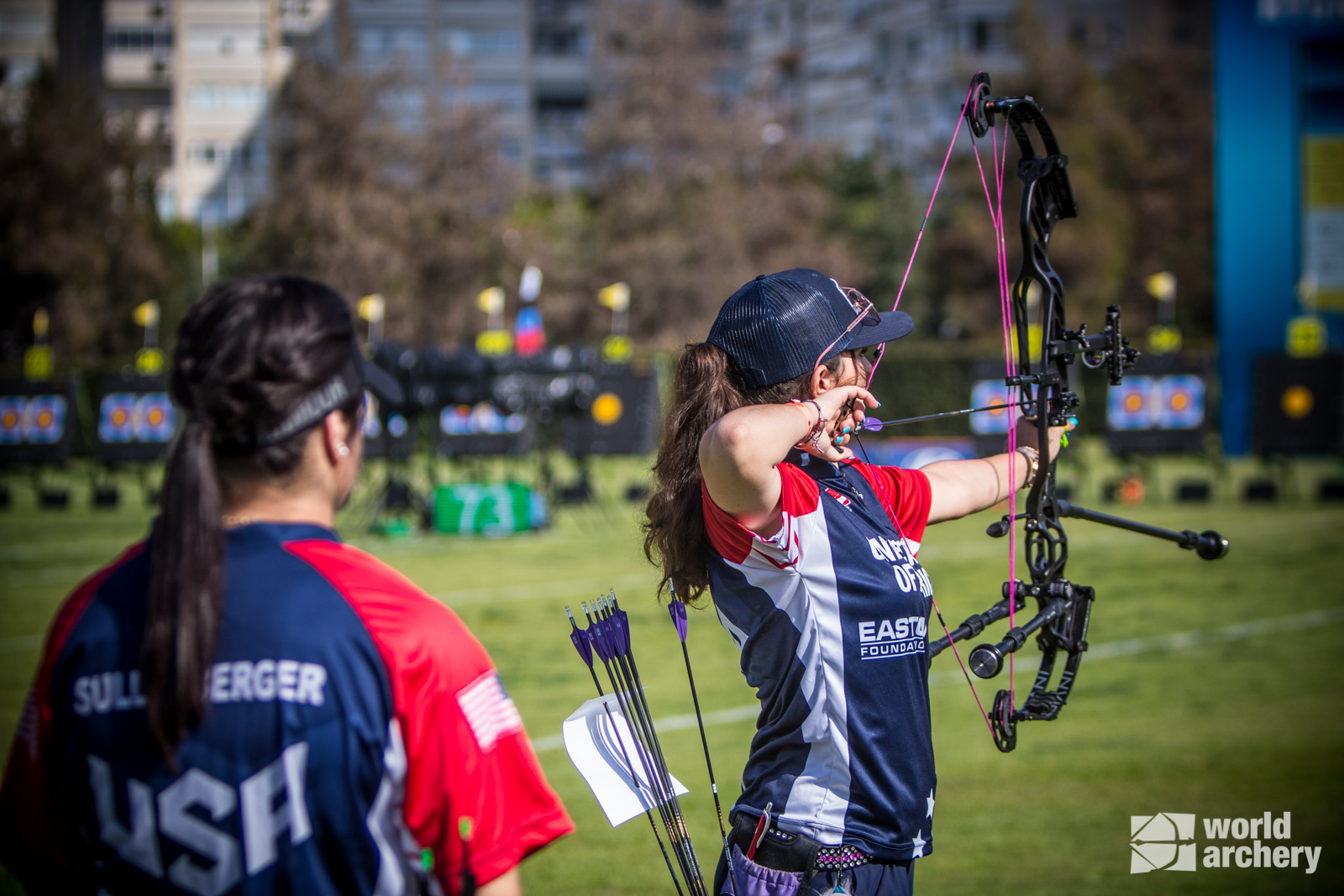 The young women’s team of Sydney Sullenberger, Raegan Bender and Brielle Ochnich was also stopped in the round of 16 in a 233-225 loss to the Netherlands.

Competition continues tomorrow with recurve team matches through the bronze finals in the morning and individual compound eliminations through the quarterfinals in the afternoon. Results are available on worldarchery.sport. Photos courtesy of World Archery.