The compound senior men’s bracket saw some great upsets as 9th seed Angus Moss climbed the rankings, upsetting World No. 1 and top seed Braden Gellenthien in the quarterfinals 146-144. Shooting strong through to the gold final, Moss, who is in his first year on the senior USAT, earned his first USAT podium finish. After a 7 in the first end against world field champion Steve Anderson, a win seemed out of reach, but Moss brought it back to a 140-140 tie and a shoot off, taking the victory. 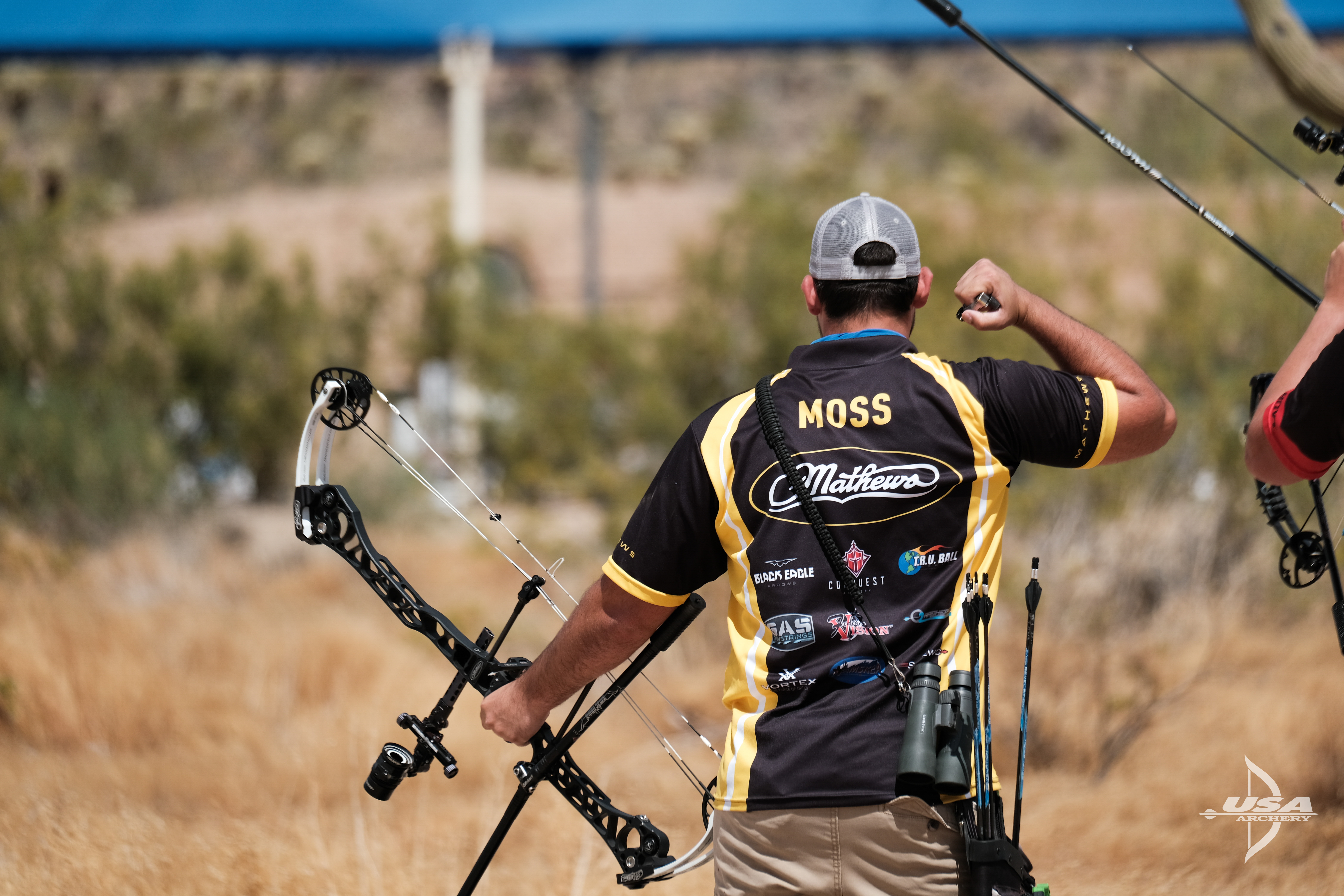 “I’m really thankful, a lot of work was put into this and I give all the glory to God,” shared Moss.

“Honestly, I didn’t think It was feasible after a 7, but it was rough enough on both of us and I was able to pull it out in the end. I want to thank my parents and my wife for all their support.” 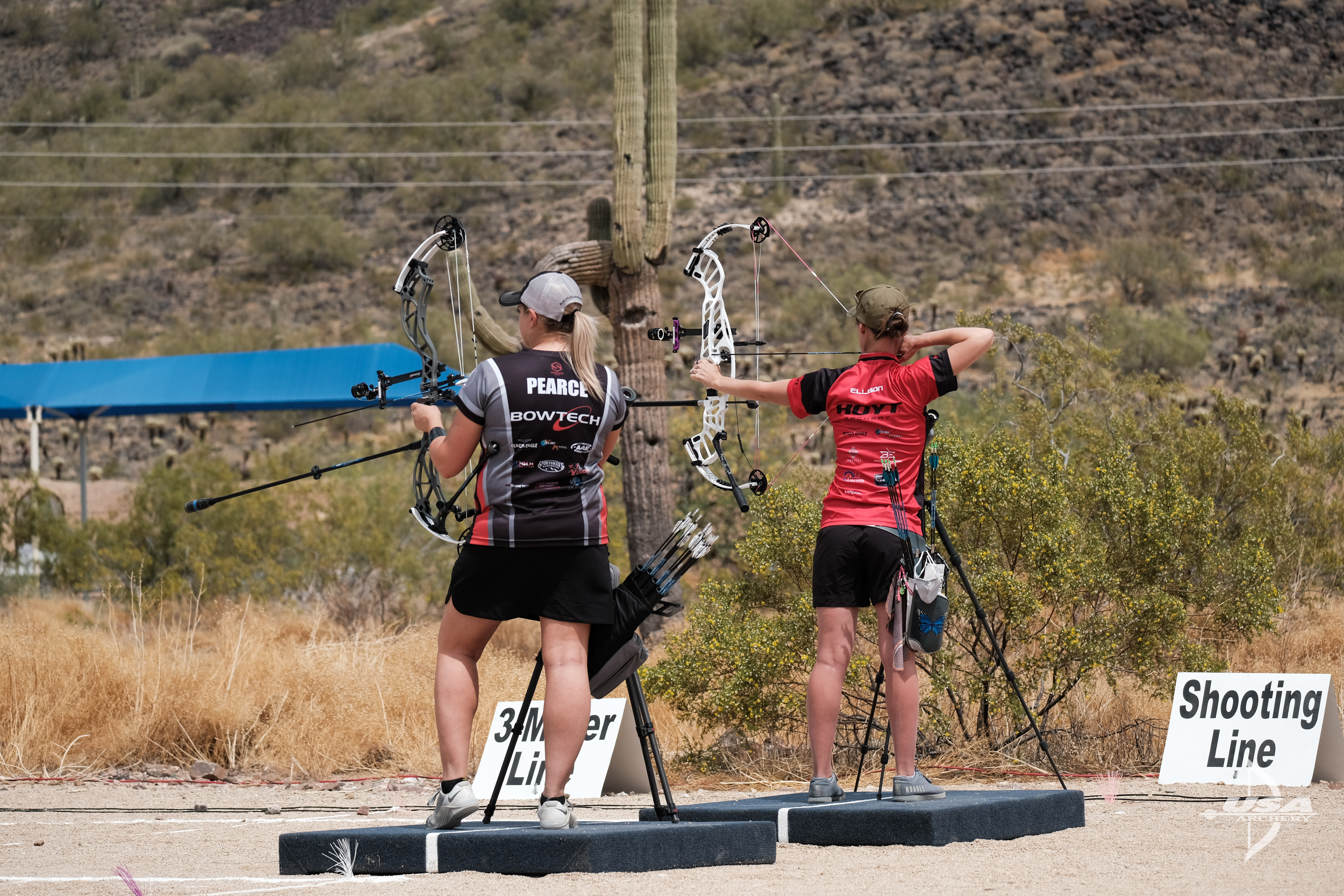 The compound women’s bracket saw fewer upsets as top seeded Paige Pearce and Toja Ellison shot their way into the gold final. The two have gone back and forth on podium finishes often in the past year, and while Pearce took an early one-point lead, Ellison climbed back, for another shoot off for gold.

Pearce sealed the win and shared: “This win was a big one for me not just because it was the first USAT of the season, but it puts me in a good standing for the world championships team and next year’s world cup team!” Yesterday’s qualification round was also the beginning of USA Archery’s team trials for the World Archery Championships this fall. “Each of these events has so much more on the line than people realize, and I’m incredibly thankful that this tournament went my way!”

South Africa’s Danelle Wentzel made her first USAT podium, winning bronze over Linda Ochoa Anderson, also in a shoot off win after another close match. 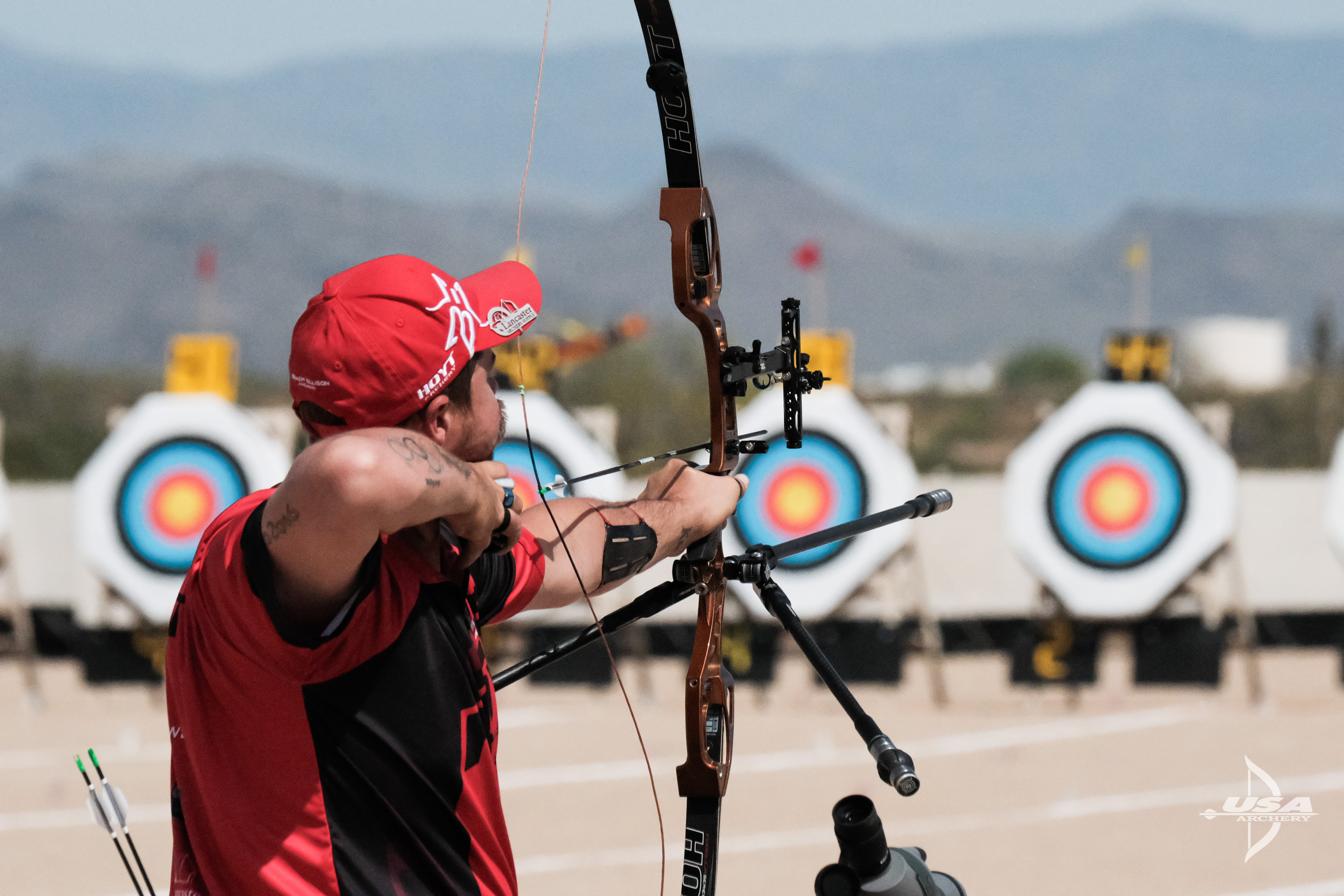 After a challenging year dealing with a no-fault doping violation, World No. 1 Brady Ellison made a return to the top of the USAT podium, cleaning gold in his third consecutive 6-0 shut out of the day. With Olympic Trials right around the corner, the recurve divisions were incredibly competitive and the top three in the Trials standingsalso swept the podium today. Matthew Nofel finished with silver and Jack Williams with bronze over Matthew Requa.

Top ranked women in the Trials and top seeded in the Arizona Cup ranking rounds, Casey Kaufhold and Mackenzie Brown also went head to head for the title today. Kaufhold took an early 4-0 lead after Brown suffered a miss, but with the benefit of the set system, Brown brought it back and the two also went to a one-arrow shoot off for the win. Kaufhold claimed the gold over Brown and young, up and coming talent Gabrielle Sasai, who just turned 15, made her USAT podium debut in an impressive bronze finish over Jennifer Mucino. 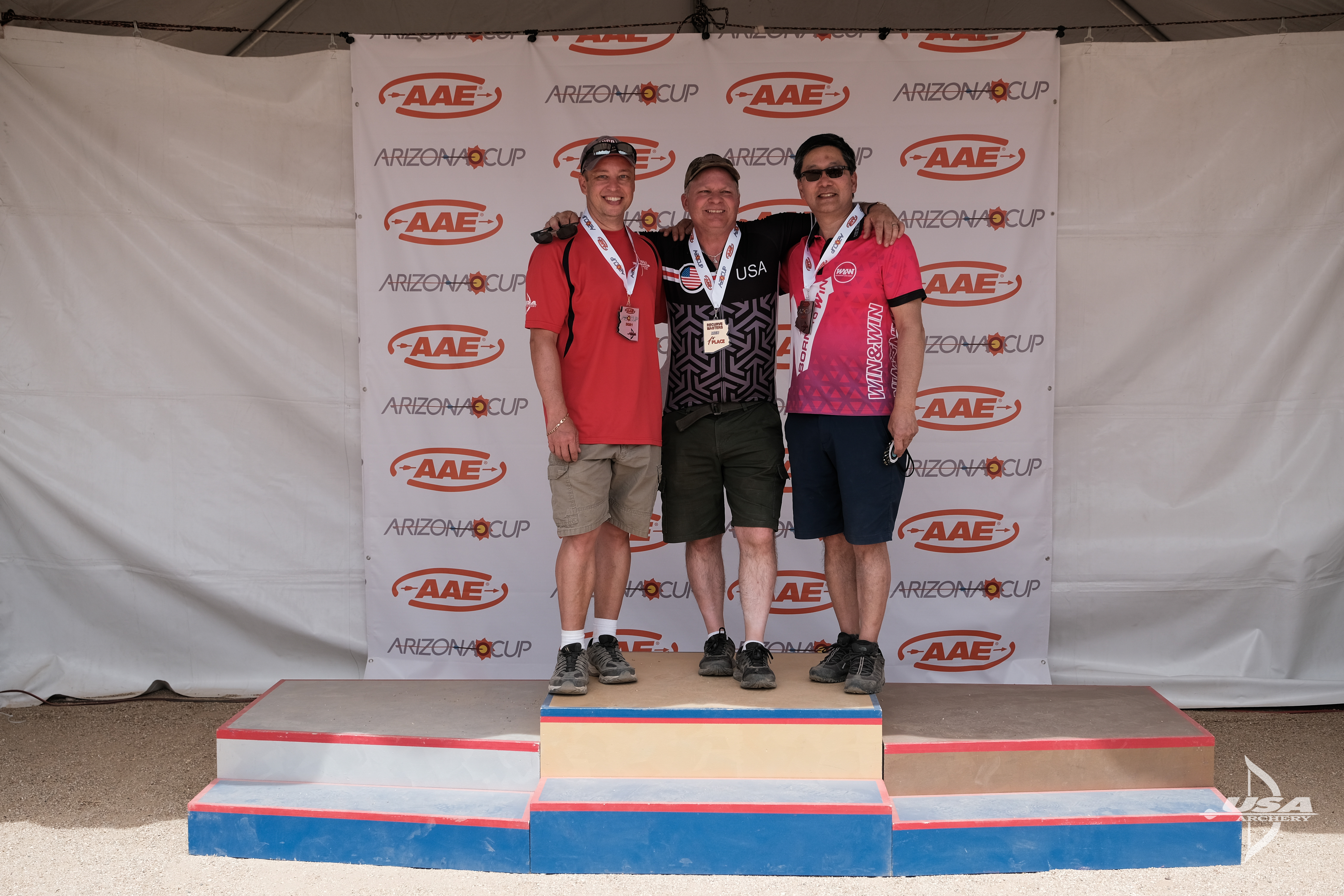 The recurve master men’s division also was not short on exciting matches with the top two seeds upset in the quarterfinals. The medal matches both went five sets with 8th seed Guy Gerig winning gold 6-4 over 10th seed Steve Vickers and a one arrow shoot off decided the bronze win for Gary Yamaguchi over Tom Stevenson.

Tatyana Muntyan never lost a set all day on her way to recurve master women’s gold. The top qualifier has maintained dominance over the division for some time and is looking strong to repeat her stellar record this season. Melissa McAvoy and Kathleen Roberts Stevenson rounded out the podium, finishing with silver and bronze respectively.

Timothy Gillingham has also had a dominant streak in the compound master men’s division, and today was no different. He opened with a 150 and never looked back, shooting impressive scores on his path to gold, which he won 148-140 over Steve Hilger. Steven Rosburg took bronze over Ken Brunko.

Deanna Cronin and Alanna Dunaway went first and second in qualification, but today Dunaway came away with the gold, winning 139-135 in the final against Cronin. Tamara Fontenot took bronze.