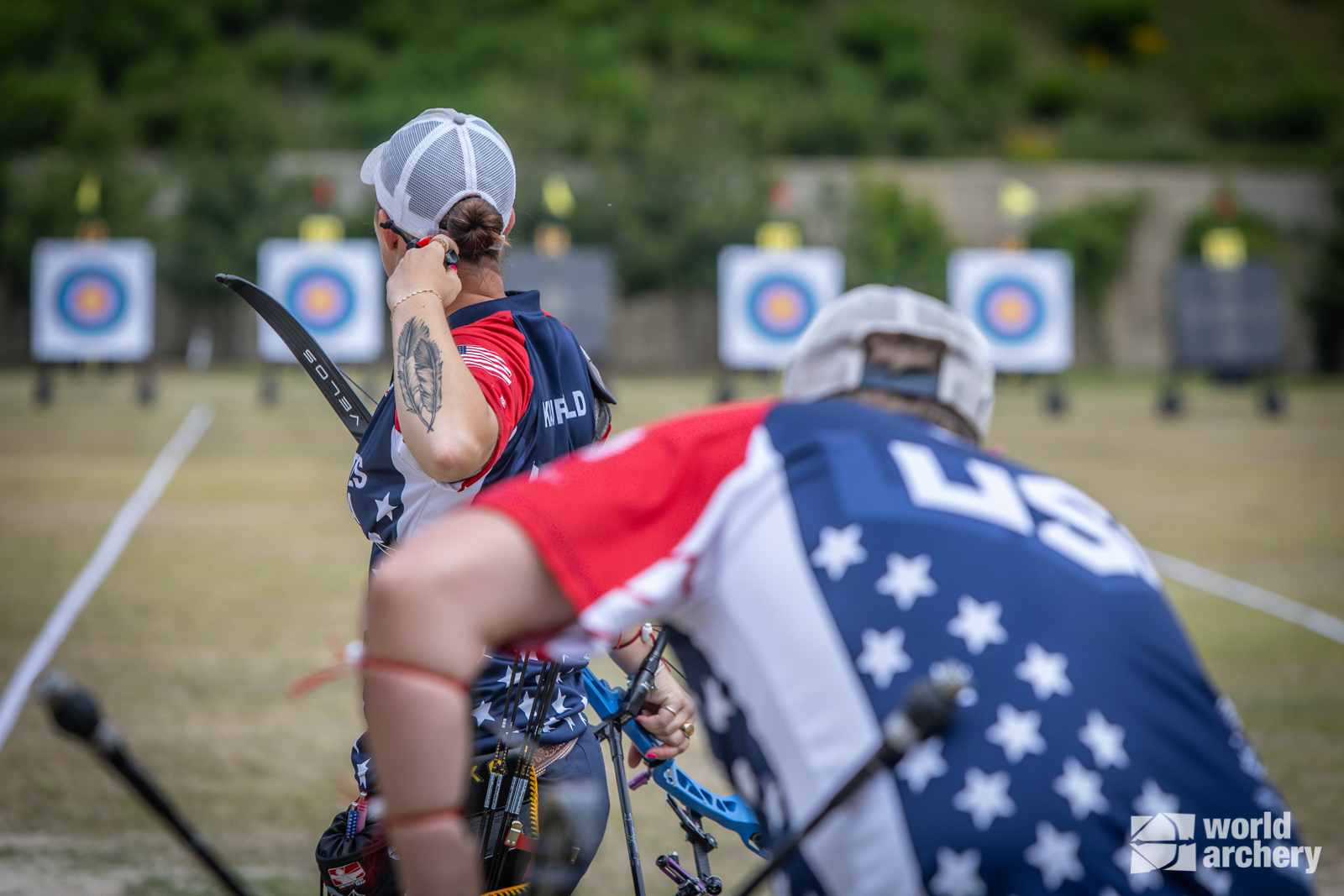 Four-time Olympian and the winningest recurve archer in circuit history Brady Ellison and Olympian and reigning world silver medalist Casey Kaufhold are a formidable duo in the mixed team event, having captured gold at the 2019 Pan American Games together among other notable finishes.

Seeded 4th for today’s matches, Ellison and Kaufhold breezed through a first round win over Brazil 6-2, followed by a 5-1 win over Mexico in the quarterfinals and a quick 6-0 over the Netherlands in the semifinals. 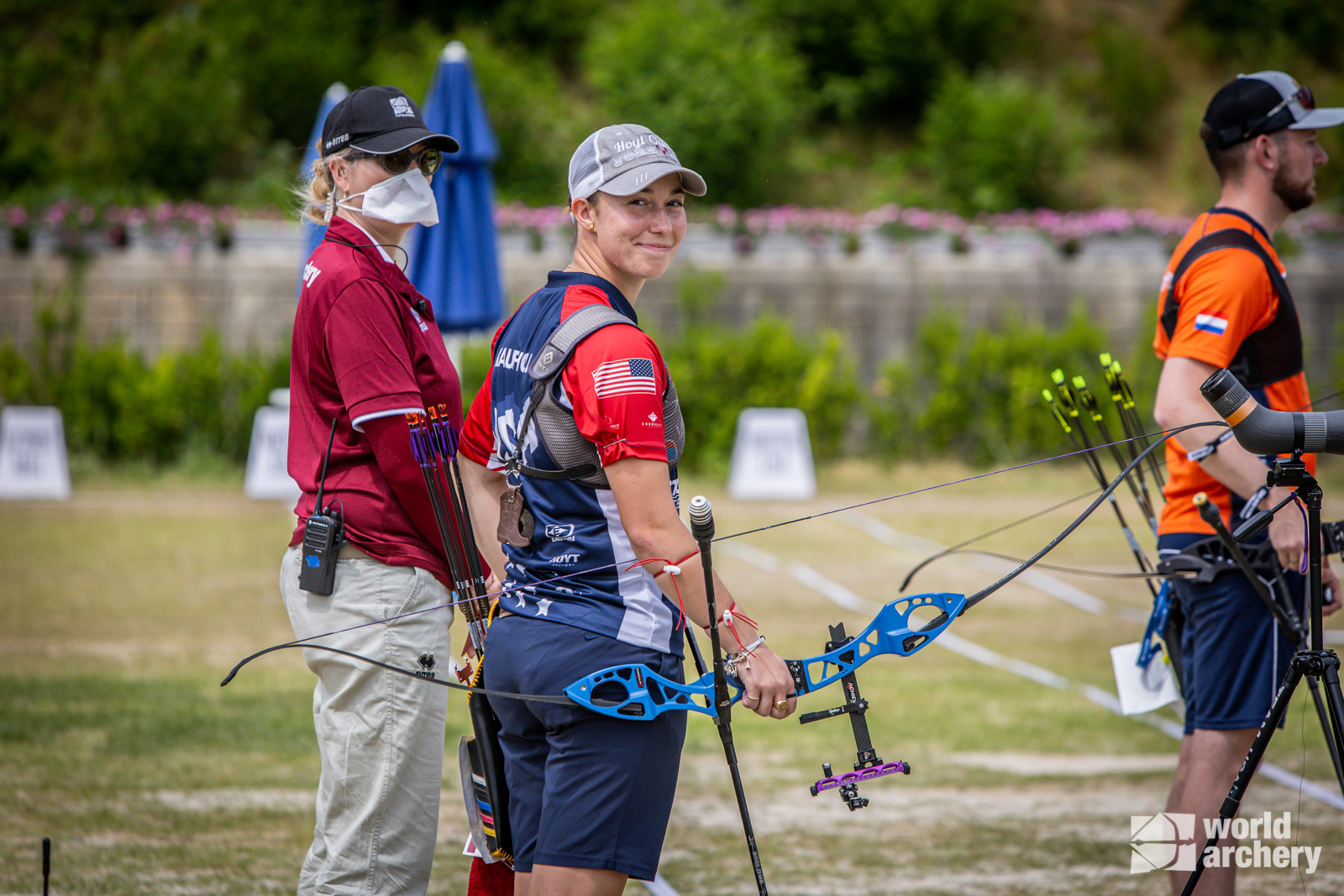 “It was a really good day,” commented Kaufhold. “We started out a little bit slow because the wind was a bit confusing; looking at the flags it didn’t look like it would push a lot so we were having to aim off more than expected, so it took a couple ends to figure that out, but once we were there we were consistent and I felt confident in my shots and I think Brady felt the same and we were shooting really well.”

Ellison agreed: “I think the nice thing about today is I felt like we were both on. It wasn’t like one person was shooting awesome and one person was struggling, we were both shooting 10s and 9s and there was never one point in time where we were trying to pick the other person up like ‘it’s okay, you missed,’ there was none of that today. I was telling Casey I was never nervous about anything today. It felt like everything was alright and we were just going to roll through things.”

In individual matches in the afternoon session, Ellison finished 9th after a 6-0 upset of 2012 Olympic Champion Oh Jin Hyek on home soil in the round of 32, when he fell 7-1 to top seed Kim Je Deok, coming up just one point short in each of the last three sets.

6th seed Kaufhold also earned a 9th place finish in a 7-3 upset by team Olympic Champion Kang Chae Young in the round of 16. Olympian Jennifer Mucino-Fernandez was the only other U.S. recurve archer to pass the first round of competition, upsetting Great Britain’s Penny Healey 6-4 before falling 6-2 to the Netherlands’ Gaby Schloesser in the round of 32.

In the compound mixed team event, USA’s Braden Gellenthien and Linda Ochoa-Anderson finished 5th. Coming off a strong win in the round of 16, they took an early lead in the quarterfinals against Turkey, but drew level at 118-each headed into the final end and finished down 157-154.

Competition continues tomorrow for USA’s Steve Marsh in the compound finals, which will stream live on the Olympic Channel. Recurve finals run Sunday. Results are available at archery.sport. Photos courtesy of World Archery.