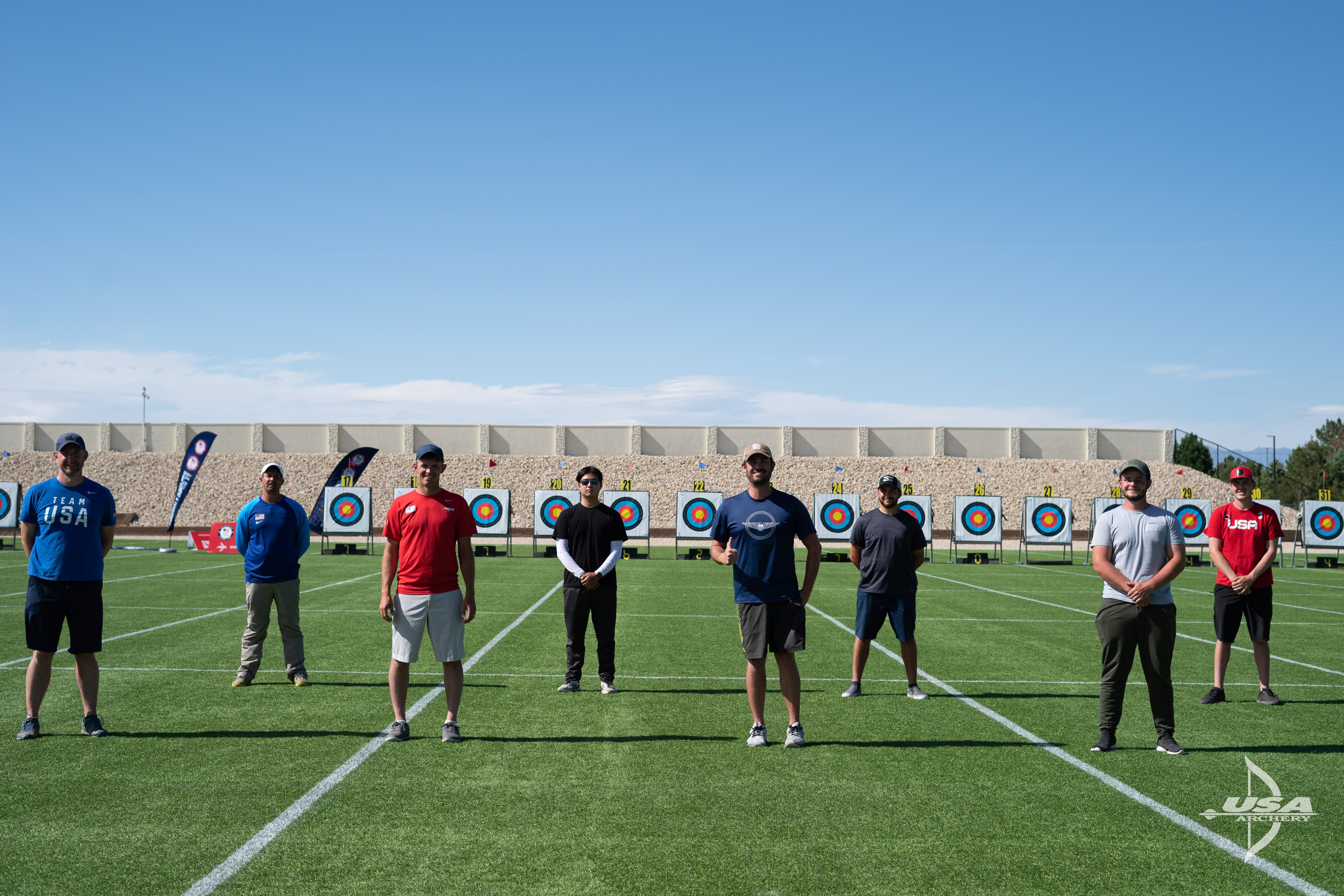 SALT LAKE CITY, Utah – The next big cut was made at the 2020 U.S. Olympic Trials – Archery, Stage 3 today, narrowing the competition field from the top sixteen men and women to just eight who will continue on the Road to Tokyo.

The U.S. has qualified only one men’s and one women’s spot for Tokyo so far, with one more chance to qualify full teams of three at the final qualification tournament in Paris next month. The archers who finish on top of the Trials next week will fight for those spots, so the extensive selection process continues to search out the strongest candidates.

As the race for Trials points heats up, and more and more points are on the board, we’re seeing scores get closer together with mere fractions separating archers, and even some ties near the top. 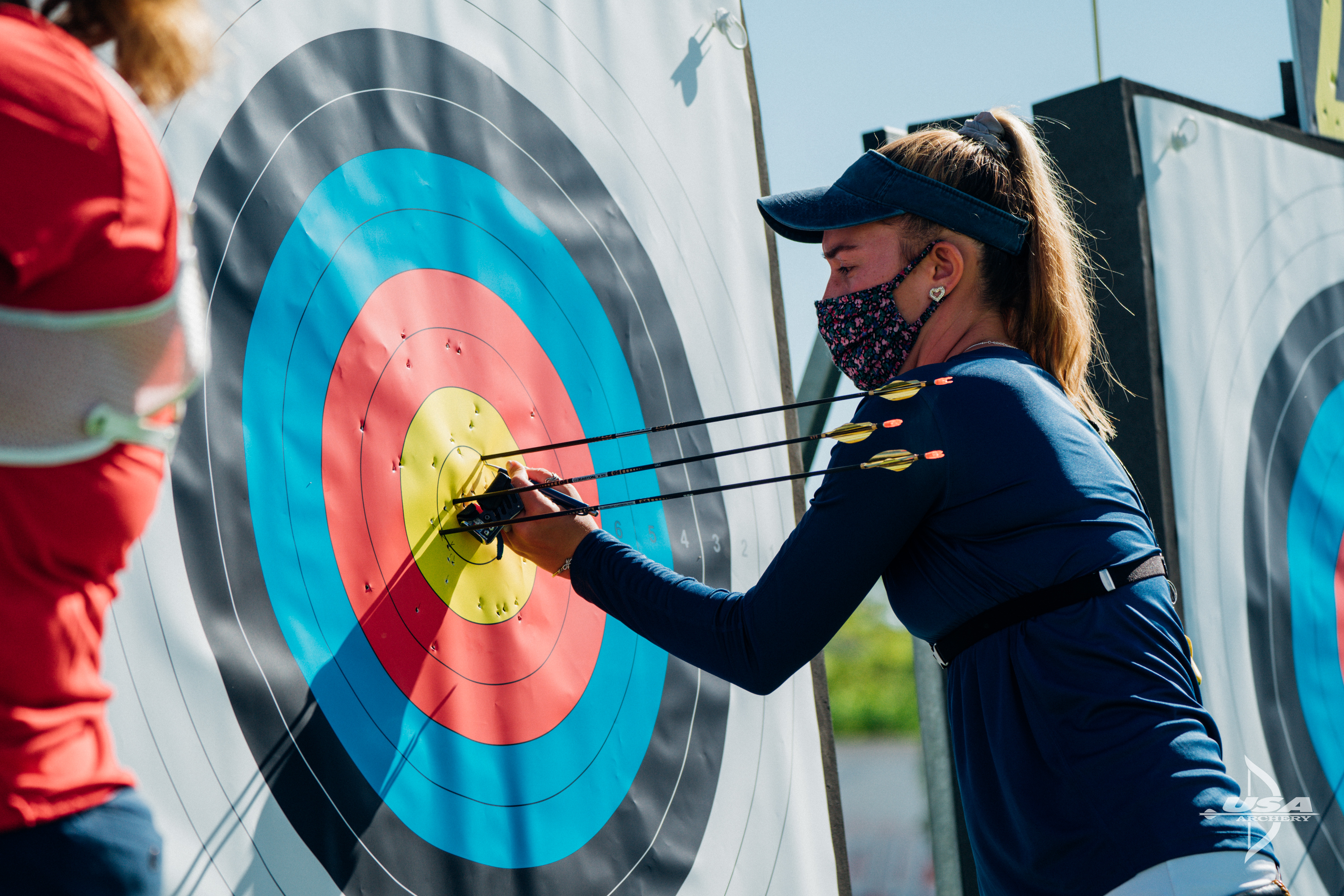 Since the very beginning, Brady Ellison and Casey Kaufhold have held strong on the top of their respective fields, with Jack Williams and Mackenzie Brown not far behind, but contention for the third spot is intense.

On the men’s field, Matthew Nofel sits in 3rd with 43.75 points, just ahead of tied Jacob Wukie and Joonsuh Oh, who have 43 points apiece. Wukie, who captured team silver at the London 2012 Olympic Games, has made an impressive leap in the past two days of competition, jumping from 9th place to his current standing. 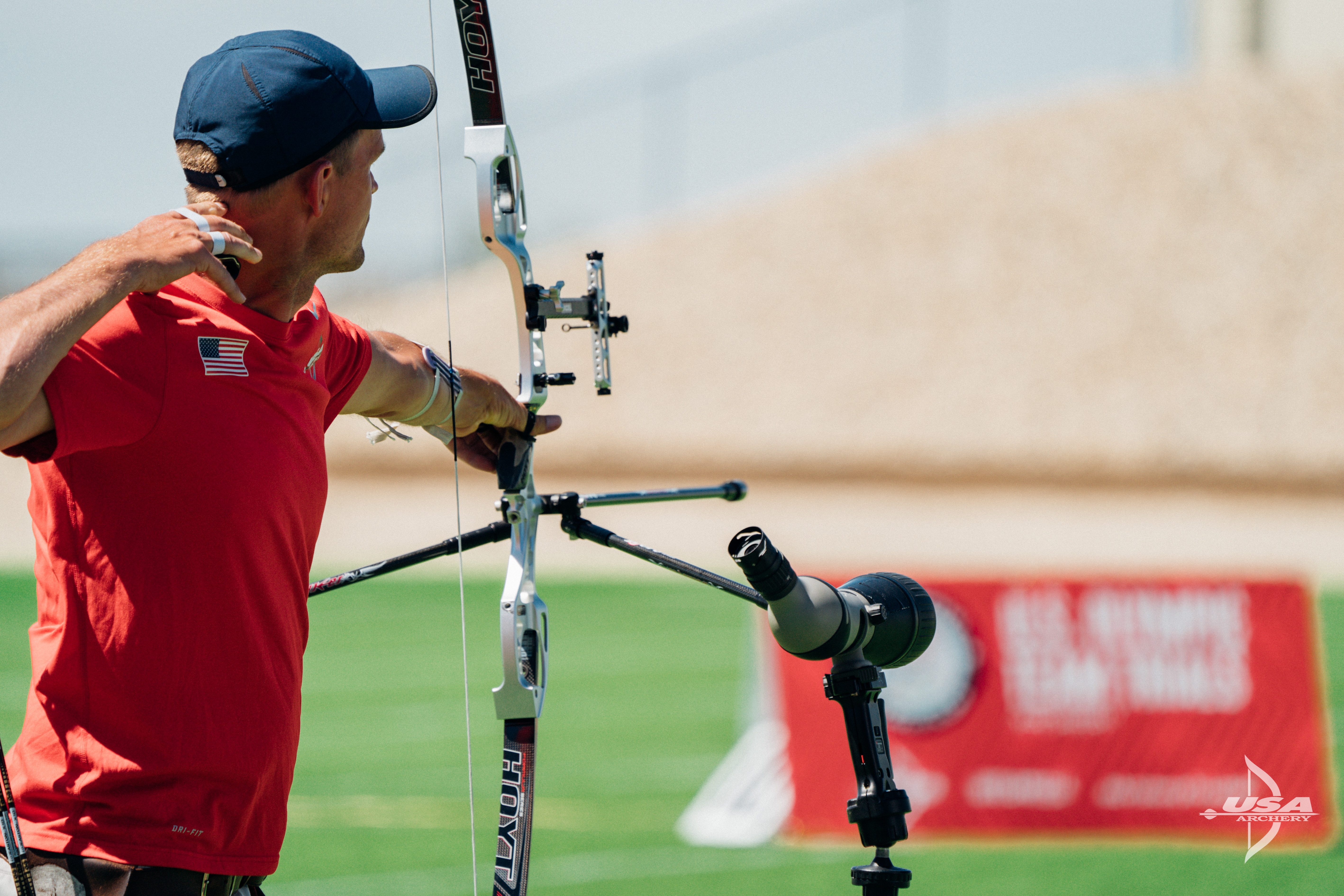 “I’m definitely happy with how yesterday went, today was decent. I’ve been working on tightening things for quite a while,” shared Wukie. “some of those are working well, some were a bit of a struggle overall, but I can’t complain. Everyone is shooting really well, it’ll be interesting to see how the rest of the competition goes.”

Wukie holds much more international event experience than most still in the running, but it has been a while since he’s stepped onto the world stage for Team USA Archery. He added: “I would like to get back on shooting consistently, but also playing it by ear. The things that I have been working on, I do hope will get me to the peak of my career and have a few years of shooting like that but I have some work to do, so I’ll play it by ear and see what level I can get it to.”

Behind Wukie and Oh, Josef Scarboro and Thomas Stanwood are tied at 39.25 points each and Matthew Requa is right there as well with 38.5 points. 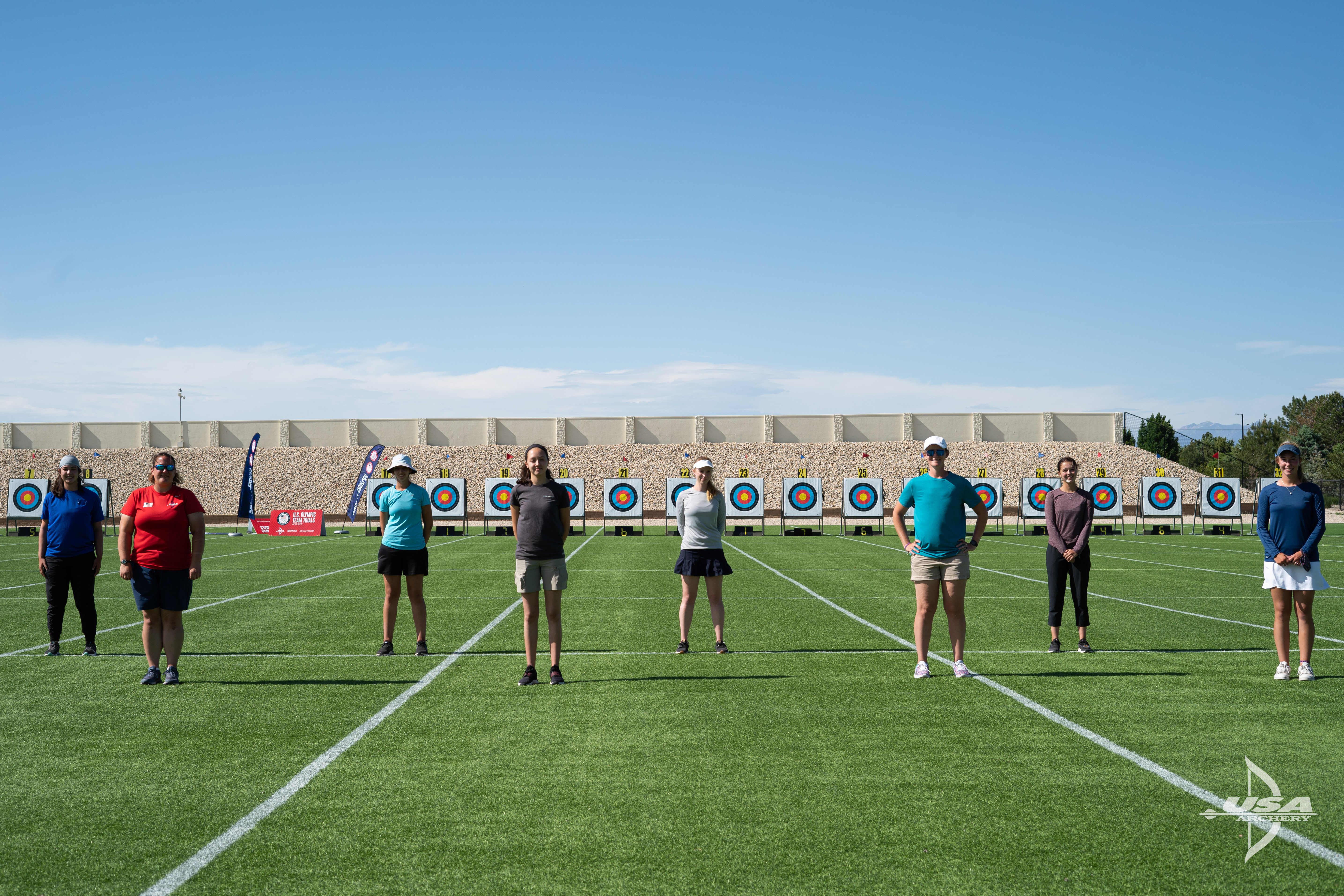 Also making big moves on the women’s field, 18-year-old Jennifer Mucino-Fernandez moved into third. There are decent gaps between the USA’s top ranked Casey Kauhold and Mackenzie Brown, and after Mucino-Fernandez, there’s another drop off before Erin Mickelberry, who sits in fourth. Then, only a few points stratify Eliana Claps, Catalina GNoriega, Alexandria Zuleta-Visser and Nicole Turina. 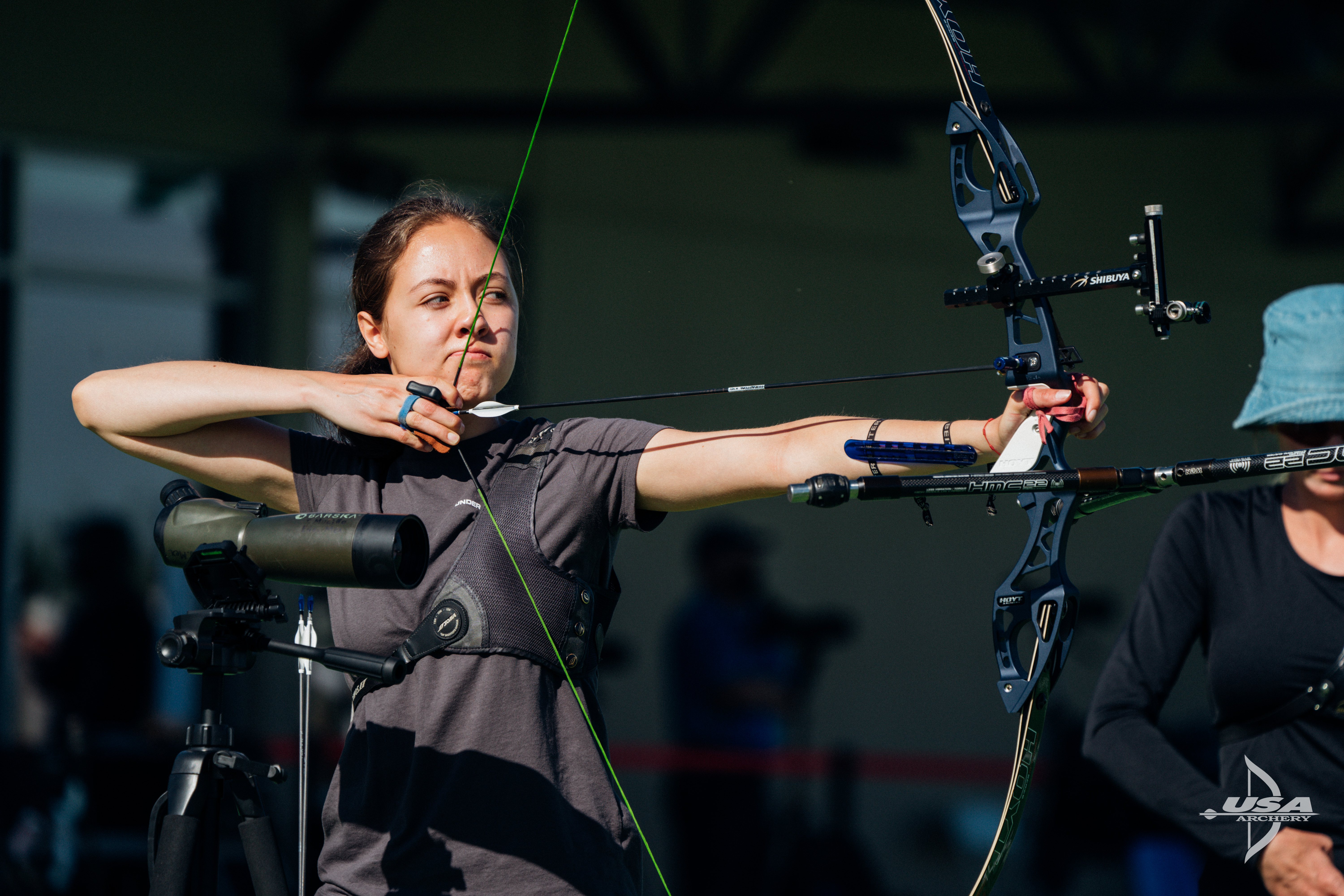 On her impressive performance in the Trials, Mucino-Fernandez shared: “I wasn’t expecting to perform that well in the round robins. I was shooting normally in the beginning, but everything worked out well. Making the Olympic team would feel really, really good. It’s something I’ve been working on for nine years of shooting, so it’s really satisfying to me to be here.”