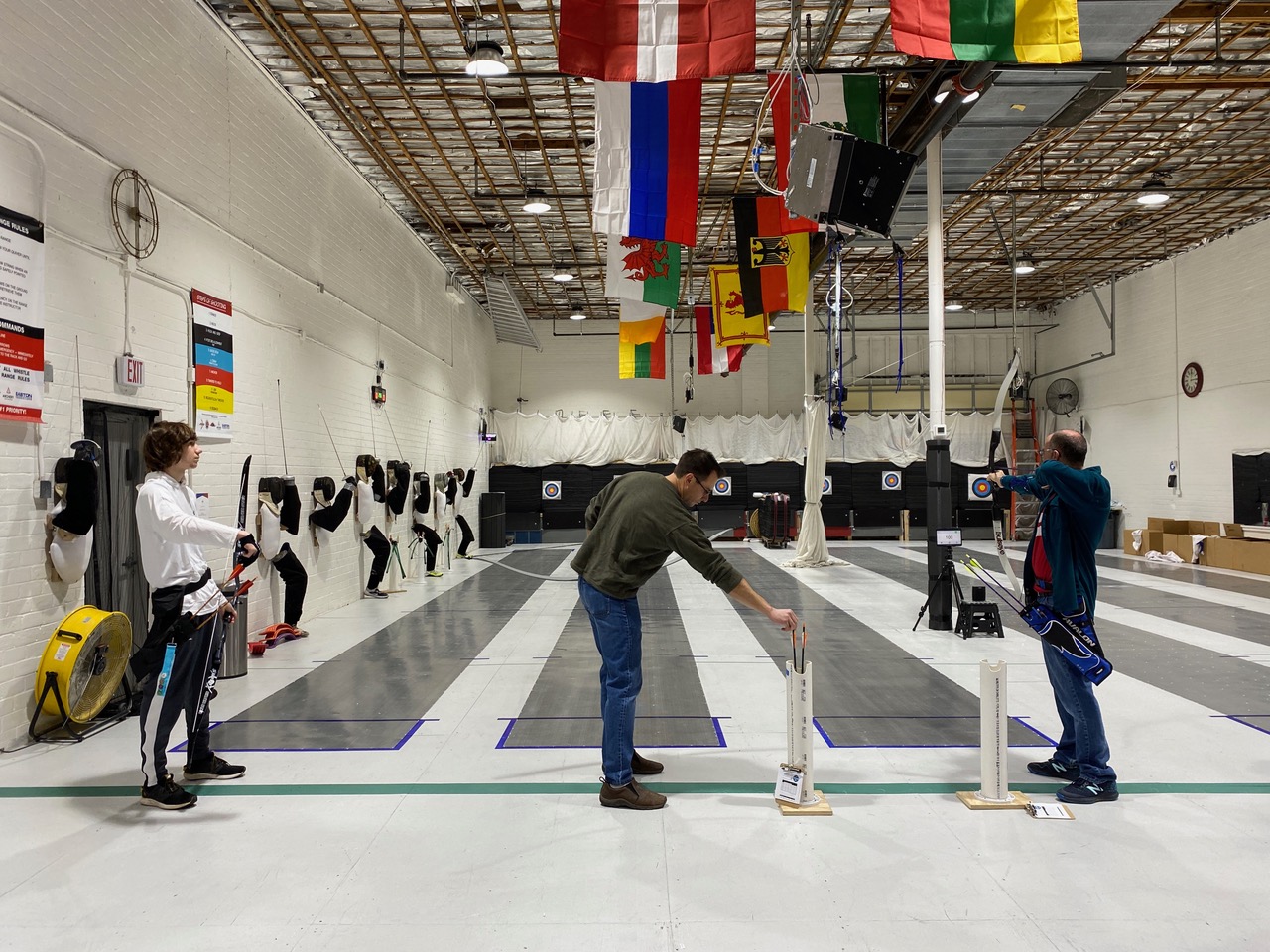 The Nova Archery and Fencing Club in Fairfax, Virginia is also a registered USA Archery Junior Archery Development (JOAD) Club and offers Explore Archery, youth and adult archery lessons in addition to fencing lessons in one facility. Created in 2015, the club has quickly become one of USA Archery’s largest clubs with more than 200 active members!

Coach Greg Kaidanov has been involved in the sport of fencing for almost his entire life, both as an athlete and as a coach. Nova Fencing Club, a USA Fencing member club was started by Kaidanov in a temporary space at the Falls Church Episcopal. In just one year, they grew large enough to move into a permanent space, and in 2020, the club signed a lease for a new larger facility, which doubled their square footage to 10,000 square feet, with range space designated for archery.

In 2019, one of their club fencing coaches, who had previously coached archery with the Girl Scouts helped the club make the decision to add archery to their offerings.  The club began small, by adding archery to their summer camp offerings and started to offer Explore Archery classes on the weekend with USA Archery Level 2 instructor Paul Dainauskas. During 2020, archery played a pivotal role in the sustainment of the club as the demand for archery classes and lessons increased. They pivoted to Explore Archery half-day camps after fencing camps were cancelled.

“Archery and fencing take nearly the same amount of space, and archery doesn't run much of a risk of damaging the fencing scoring equipment, so the two activities can utilize the same facility pretty easily,” commented Donna Felsenheld, General Manager of the Nova Archery and Fencing Club. “We decided to have an archery club to create a dual income stream. Often new athletes are interested in both fencing and archery, but typically only stick with one, because of the time commitment or cost”. Felsenheld added, “Archery has helped to grow our overall club membership. Additionally, archery has been useful as a dual sport option for some of our fencing athletes because it doesn't require a huge investment to participate at the recreational level, and they enjoy the benefits of archery.”

With their new 10,000 square foot building, Nova has included a permanent archery target wall and created a seven-lane range with adequate social distancing between lanes. The club has also worked to advance their archery coaching by partnering with USA Archery Level 4-NTS Coach Dean Villanueva, and Coach Dainauskas advanced to a USA Archery Level 3-NTS certification.

“Our larger coaching staff and facility allows us to have Virtual Indoor archery tournaments and we are looking forward to hosting in-person sanctioned events in the upcoming Indoor Archery season,” commented Felsenheld. “We have used USA Archery’s Achievement Awards to mark our archers’ progress and help sustain interest.”

Felsenheld added that “One of the many benefits of adding an additional National Governing Body affiliated sport club, such as USA Archery, are that all coaches are U.S. Center for SafeSport trained, have a current approved Background Screening and an understanding of how to properly develop athletes recreationally or competitively.”