LOS ANGELES, California – Last night at the Team USA Best of the Year Awards Show, USA Archery’s World Archery Para Champion Ben Thompson was honored as the Best Male Paralympic Athlete of the Year just hours after receiving word that his sister in law had lost her battle with breast cancer.

A motorcycle accident in early November 2009 injured Thompson’s spinal cord and broke his left femur. He started going to the Roper St. Francis Center for Spinal Cord Injury for specialized care. Thompson had tried archery before his injury and through his recovery, he was convinced to try it again.

He progressed quickly, making the United States Para Archery Team and representing Team USA on the podium at multiple Para Pan American Games and Championships and World Archery Para Championships. This month marks exactly 10 years since Thompson’s injury and he now stands not only as the World Champion, but Team USA’s Best Male Paralympic Athlete of the Year across all Paralympic sports. While competing at the 2017 and 2019 World Archery Para Championships, Thompson fought not only for himself, but for his sister in law, Megan, who was battling breast cancer. “My arrow wraps had Megan’s name on it,” shared Thompson. “I did it in support – just to show her that if she fought, the family was fighting with her.”

Megan’s cancer battle ended early the morning of November 19, 2019 as Thompson was en route to the Team USA Awards Show. “We were hoping to change our flights and make it back in time,” commented Thompson. 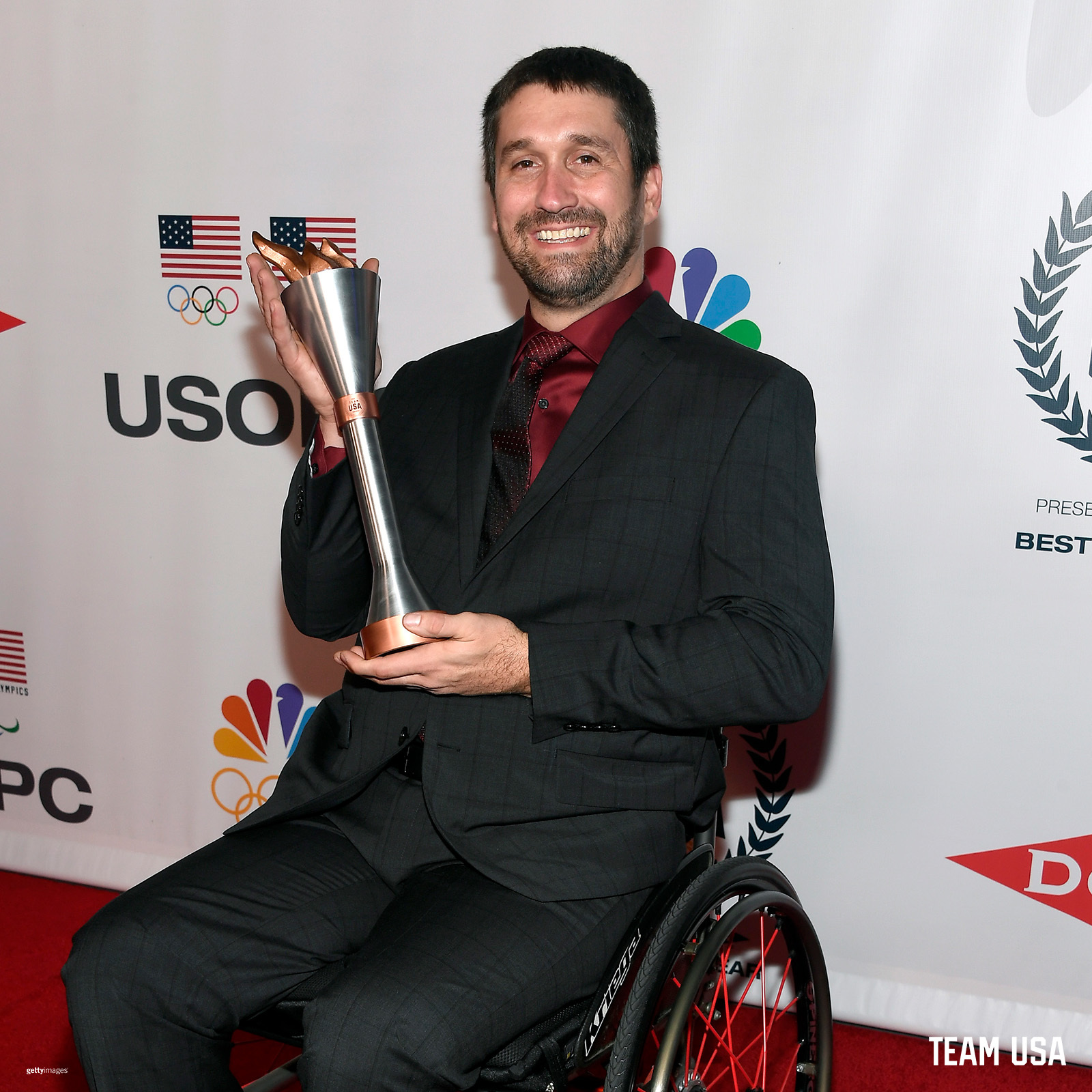 “It’s overwhelming,” he added on winning this award. “It’s nice to be recognized for the hard work; this is a long road, a lot of hard work, and it helps to bring awareness to the Para athletes that are just as amazing as the able bodied, so it’s nice to carry this torch for myself and all the athletes. It also gives my family a positive outlook in a not so fun time.”

The Team USA Awards were presented at a special red-carpet ceremony at Universal Studios in Los Angeles. The awards show will be televised from 3-4 p.m. ET Sunday, Dec. 22 on NBC. For more information on the Team USA Awards, including the full list of 2019 finalists, visit TeamUSA.org.