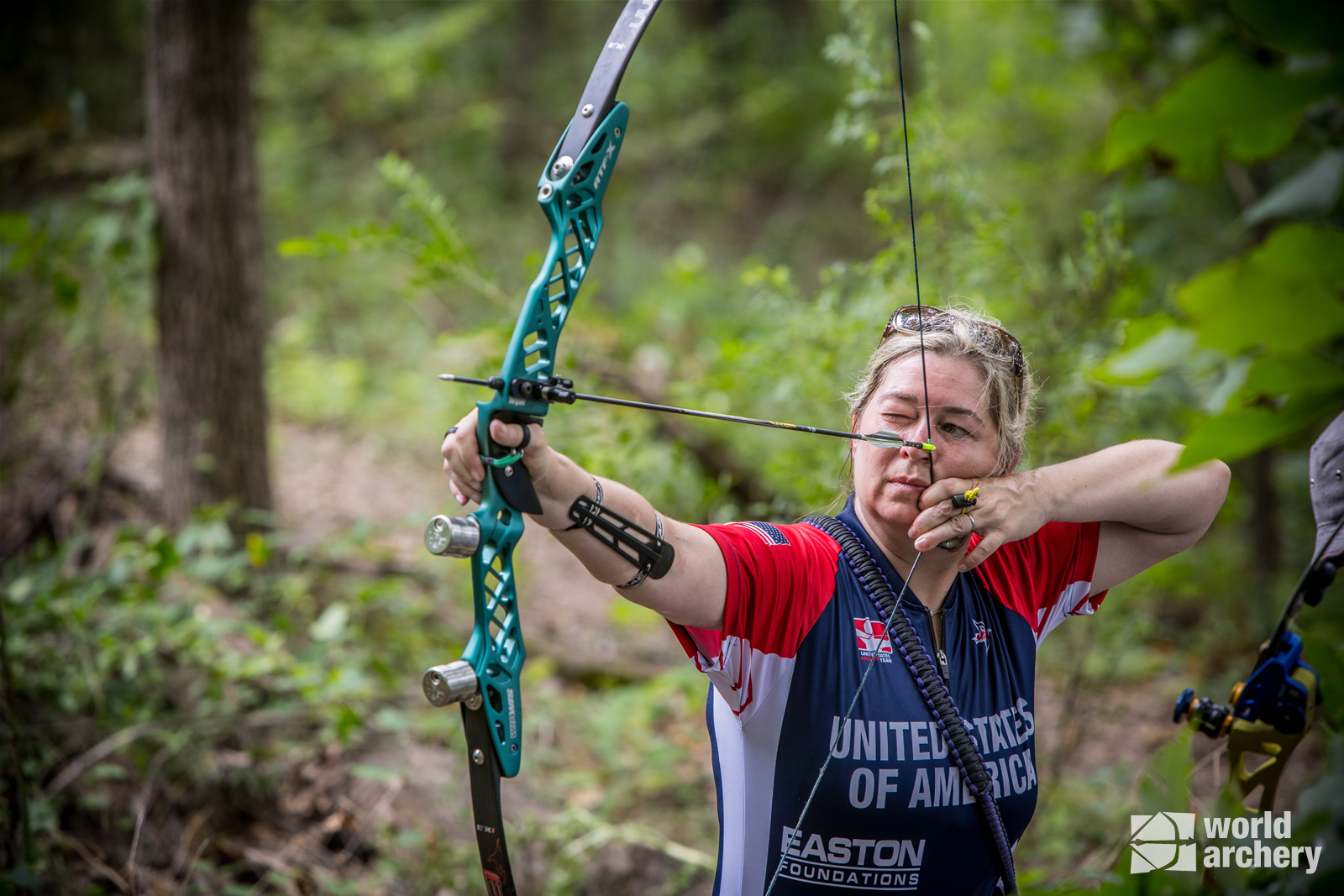 BIRMINGHAM, Ala. – The barebow field archery division kicked off with its qualifying round at The World Games.

Lyons first got into archery three years ago while also introducing her daughter to the sport. “I wanted to help her along so I did a little open shooting. The next day I woke up and thought, ‘I really like this!’ Then I bought a bow and started shooting every day,” said Lyons. “It’s humbling to be able to shoot with all these people from around the world.”

Lyons seeded fourth shooting 131 on the unmarked round and 153 on the marked course. 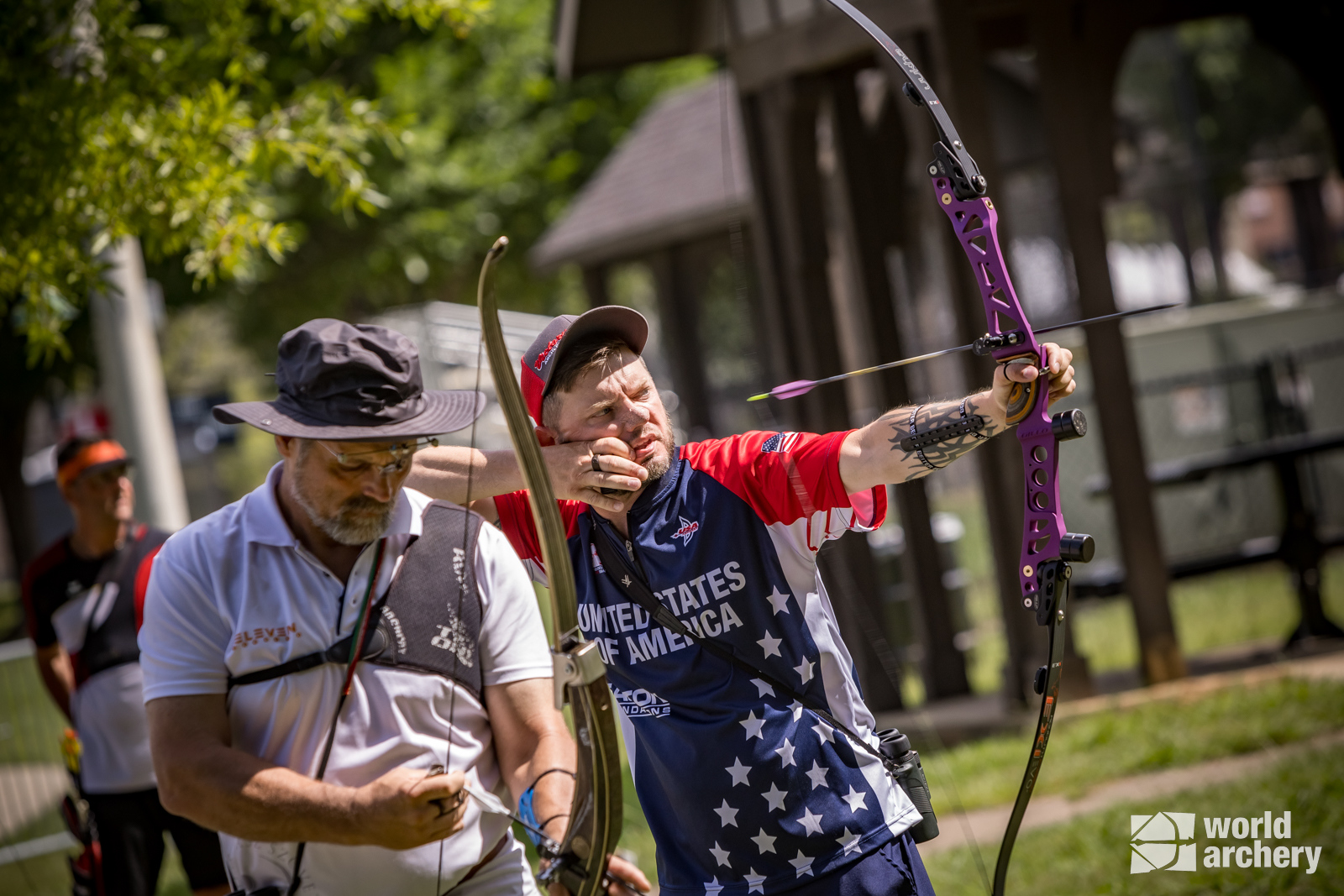 In his third year of competitive shooting, Davis is a fixed pins turned barebow archer. “I wanted a new challenge, so I started playing with a recurve and shot some local tournaments. Then I decided to try barebow and here we are,” said Davis. “It doesn’t get any better than this! These are the guys I’ve read about and watched videos on, and never did I think I would be shooting among them as a competitor.”

Davis qualified tenth with 160 on the unmarked and 145 on the marked targets.

Both Davis and Lyons will also represent the U.S. at the World Archery Field Championships in Yankton, SD October 3-9, 2022.

Complete results are available via The World Games. The finals are projected to stream live on the Olympic Channel on Friday.