This match was the first final in history where two archers without arms competed against each other (after Stutzman fulfilled a dream of competing against another armless archer, Belgium’s Piotr Van Montagu, for the first time in preliminary matches earlier this week). In a classy display of sportsmanship, Stutzman’s immediate reaction after being announced the winner was to congratulate Gombozhapov, for whom he has been an inspiration, and gifted him a hat he signed on the spot. 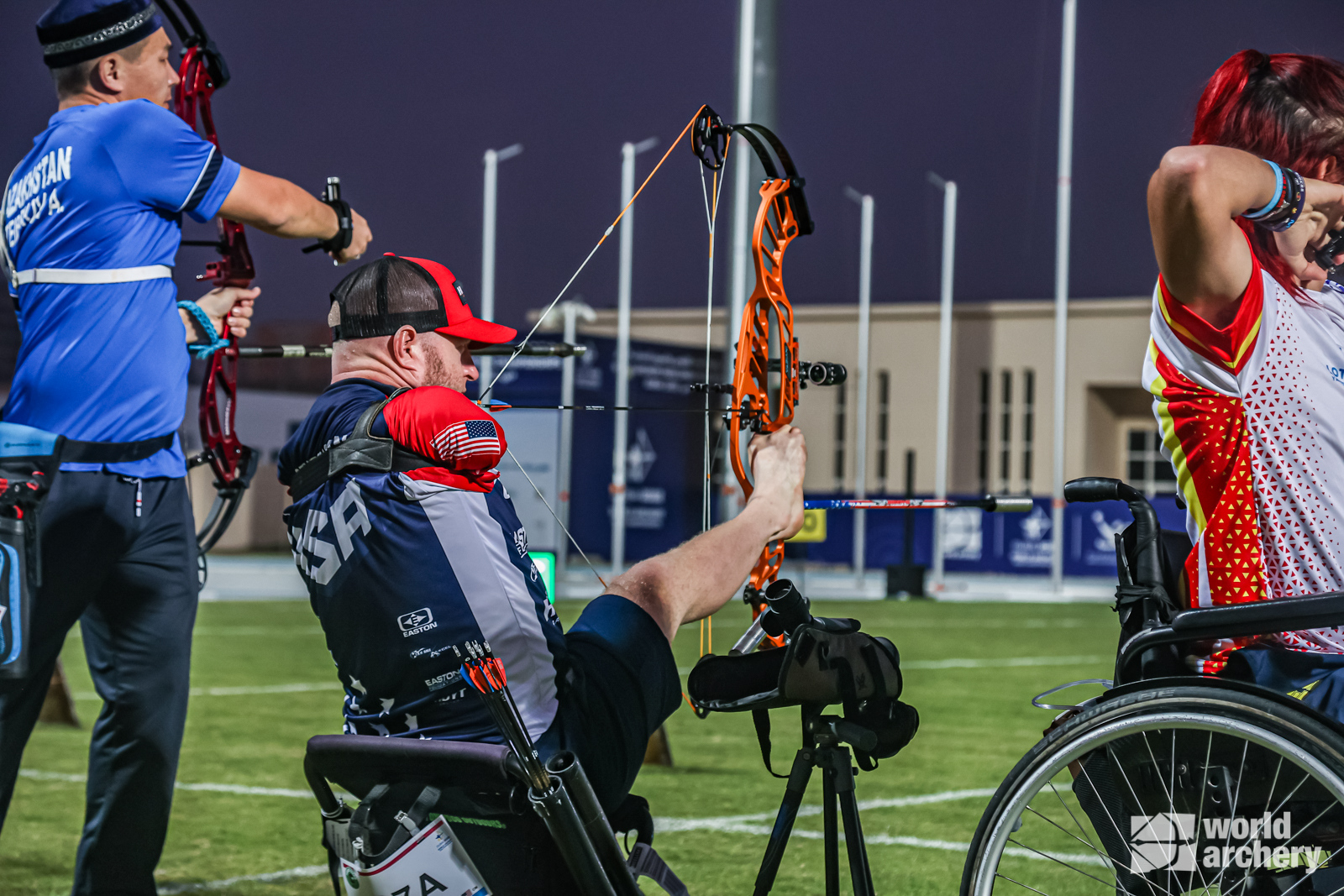 Stutzman worked his way up the ranks, ending his first day in Dubai ranked 54th after experiencing equipment failure with his release in the middle of qualification. On the finals field, with the pressure high for the 2019 bronze medalist, so hungry for gold, Stutzman opened with a three-point lead 28-25 and quickly expanded the gap between himself and Gombozhapov. Stutzman never opened the door for his opponent and sealed the win with a perfect 30 in the final end.

Stutzman commented: “Before I went into the match, I already felt like a winner because of the history that I was going to be a part of. I am happy that I was able come out on top. That being said, I hope the world was amazed!”

Competition continues tomorrow for W1 and VI athletes. Medal matches will be broadcast live via World Archery TV, and live results are available on the World Archery website.