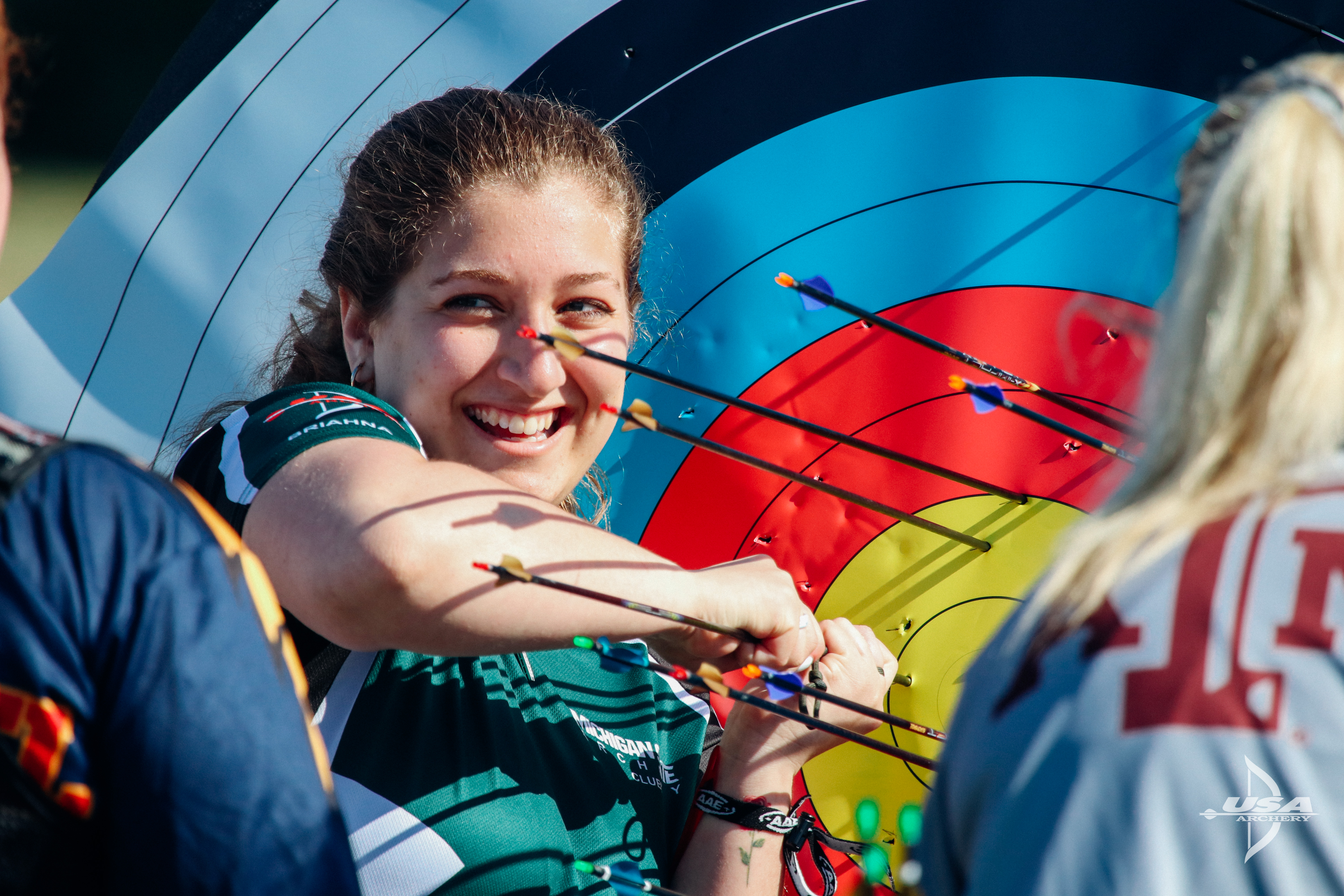 RICHMOND, Virginia – James Madison University Archery Club and Shenandoah Valley Target Archers are hosting the 2021 Collegiate Target Nationals at the beautiful Dorey Park fields. Back after a one-year hiatus, USA Archery is thrilled to be able to resume this prestigious event for the Collegiate Archery Program.

While many teams across the country have faced the challenges of event cancellations, struggles to be able to practice together, or even be on campus, this weekend’s competition is a welcome reunion and we are excited to celebrate personal bests, new friendships, school rivalries, and all the big wins in between. 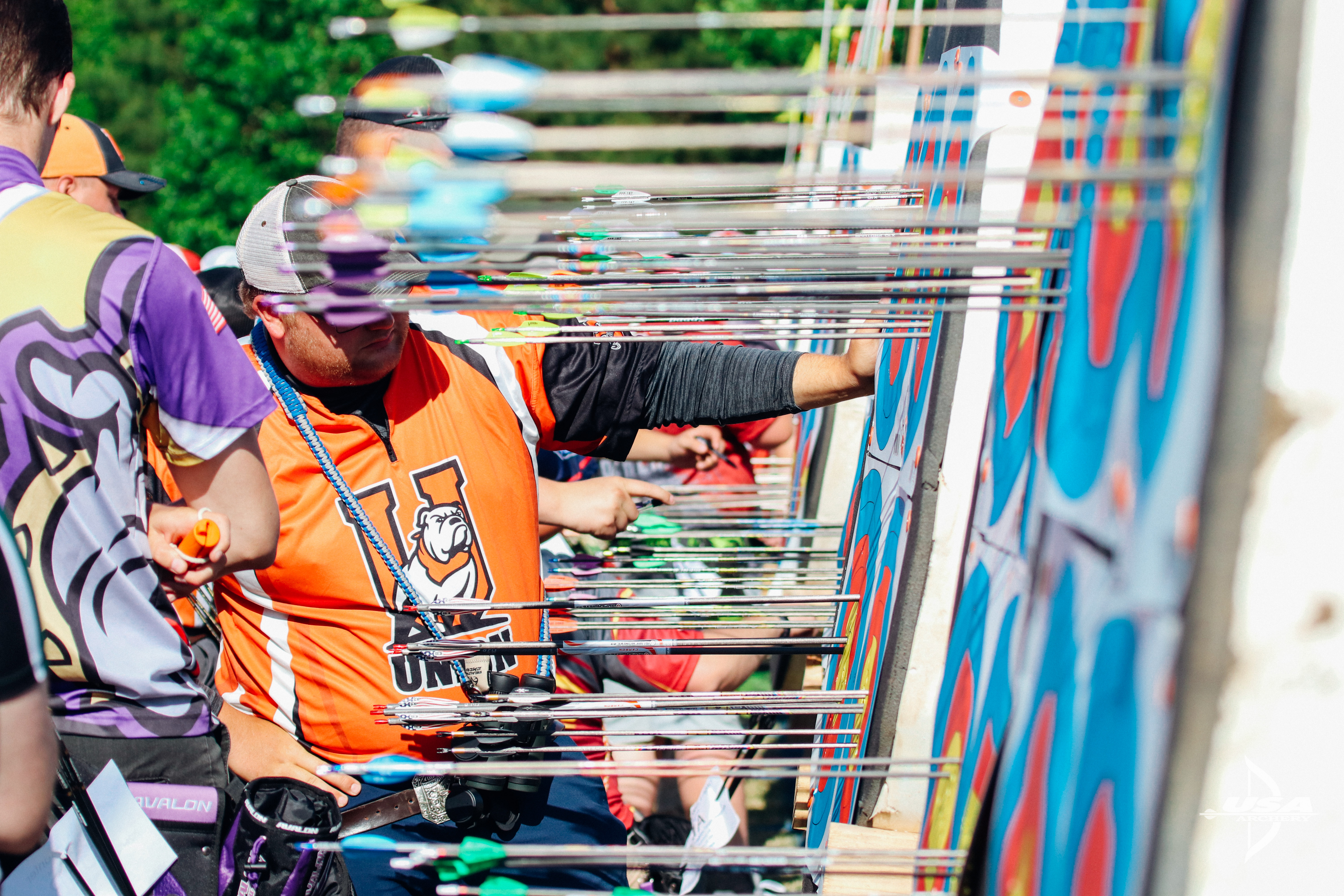 Nearly 300 archers from 27 schools took the field this morning for qualification, followed by early individual elimination matches in the afternoon. Archers are competing for individual, team and mixed team medals, as well as All-American Honors and the coveted Overall National Team Championship award.

Top contenders are emerging early; Texas A&M, University of the Cumberlands and Union College look strong for team events. Many teams have an influx of new archers and we have already seen archers celebrating their first competition and personal best scores. Perhaps some new faces will climb this year’s podiums. 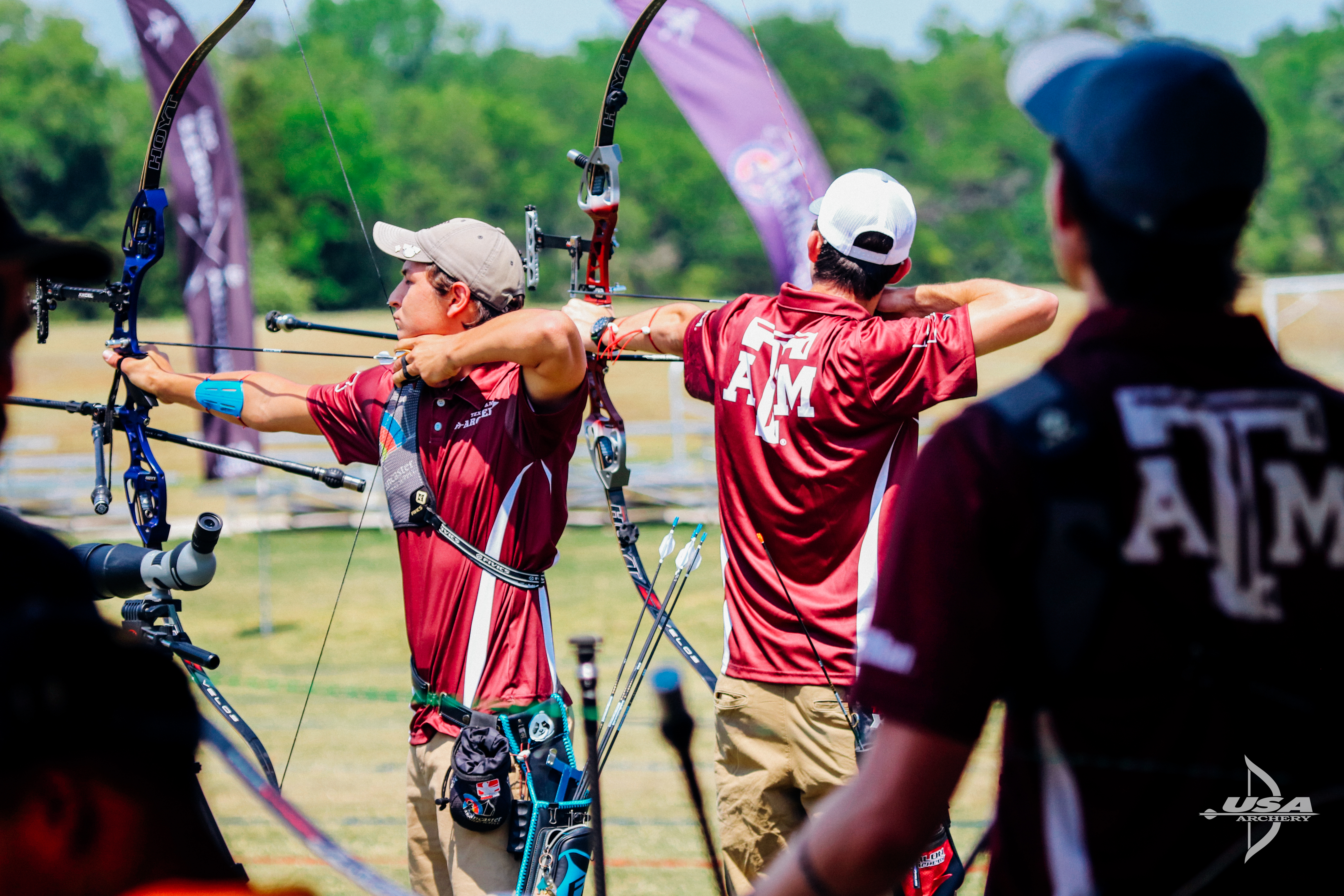 Youth Olympic Champion Trenton Cowles, coming off his Archery World Cup debut last month, makes his first Collegiate Target Nationals appearance this weekend, representing Texas A&M University. “Competing in my first nationals is a lot of fun, it was really fun to be able to be with the team and cheer everyone on,” shared Cowles. “We got to watch the scores and see how everyone else was doing and see how we were doing as a team. Everyone was supporting each other to do well as a team. Especially in our division, we had so many top archers who were close; we were watching everyone flip for the team rounds and it was really exciting to see everyone shooting their best.”

Cowles topped the recurve men’s division by over 20 points clear the rest of the field and will headline the A&M lineup for the recurve team competitions. He added, “I’m really looking forward to shooting the team and mixed team rounds that you don’t get at other USAT events. I’m most excited about being able to shoot for Texas A&M with everyone cheering behind, I think that’s going to be a lot of fun.”

Competition continues with individual elimination matches through the bronze finals tomorrow morning and team rounds through the finals in the afternoon. Sunday features the mixed team competition in the morning and finals in the afternoon. Archers will also be treated to a BBQ cook out Saturday evening. Follow scores throughout the weekend here and visit our photo site for scenes of the action, captured by JMU’s Logan Weller.