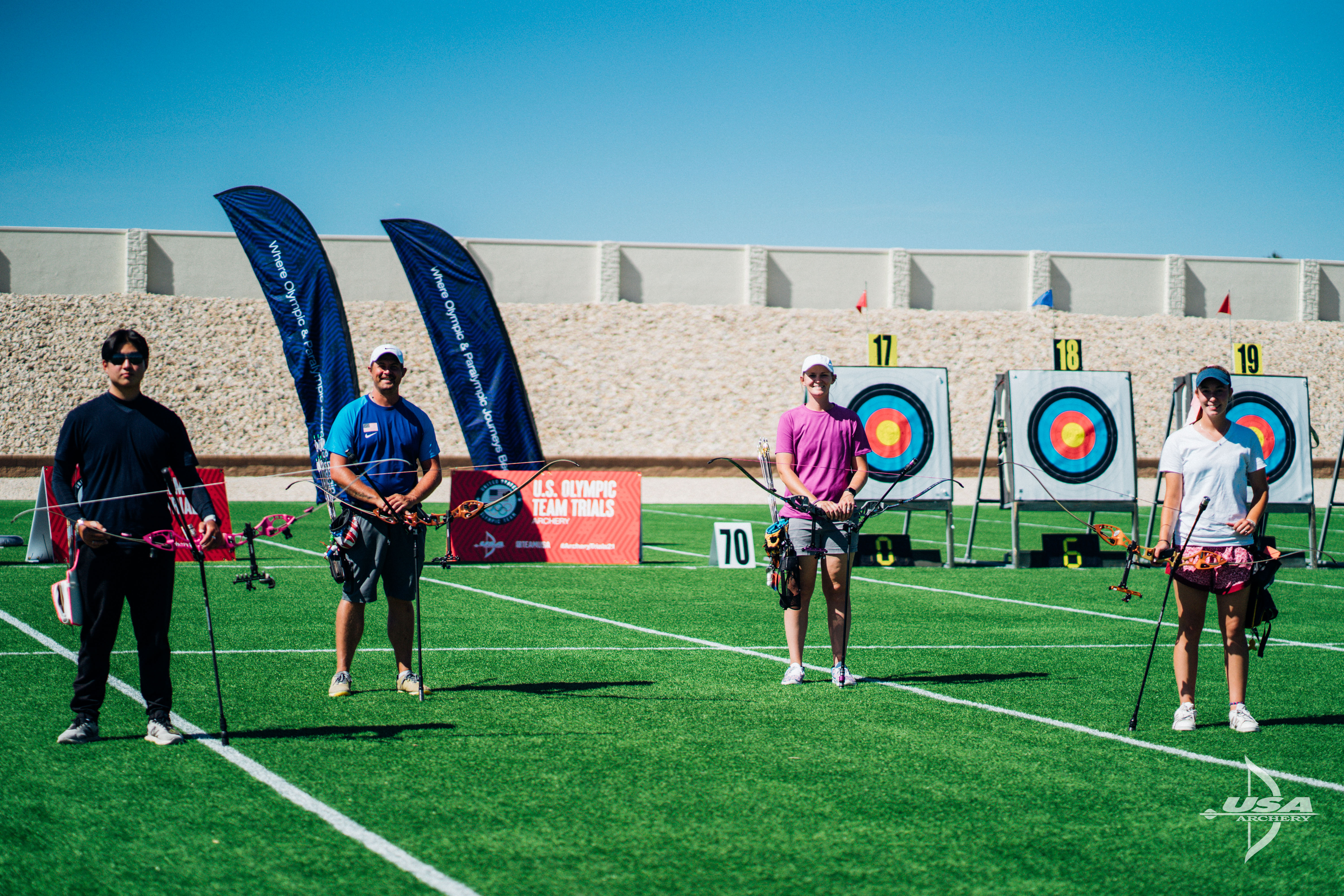 SALT LAKE CITY, Utah – After a 20-month hiatus in the face of an historic postponement of the Tokyo Olympic Games, the 2020 U.S. Olympic Trials are back. Stage 3 began today with beautiful conditions that led four top archers to world record scores (pending official verification from World Archery).

Following such a long break, today’s results were hotly anticipated; who got stronger over the past year? Who would emerge as a leader on the road to Tokyo? Stage 3, which was originally a much longer event, now crammed two ranking rounds and four round robin matches into one day, putting many more points on the board. Tomorrow’s competition features 11 more round robin matches before the field is cut to the top 8 archers. 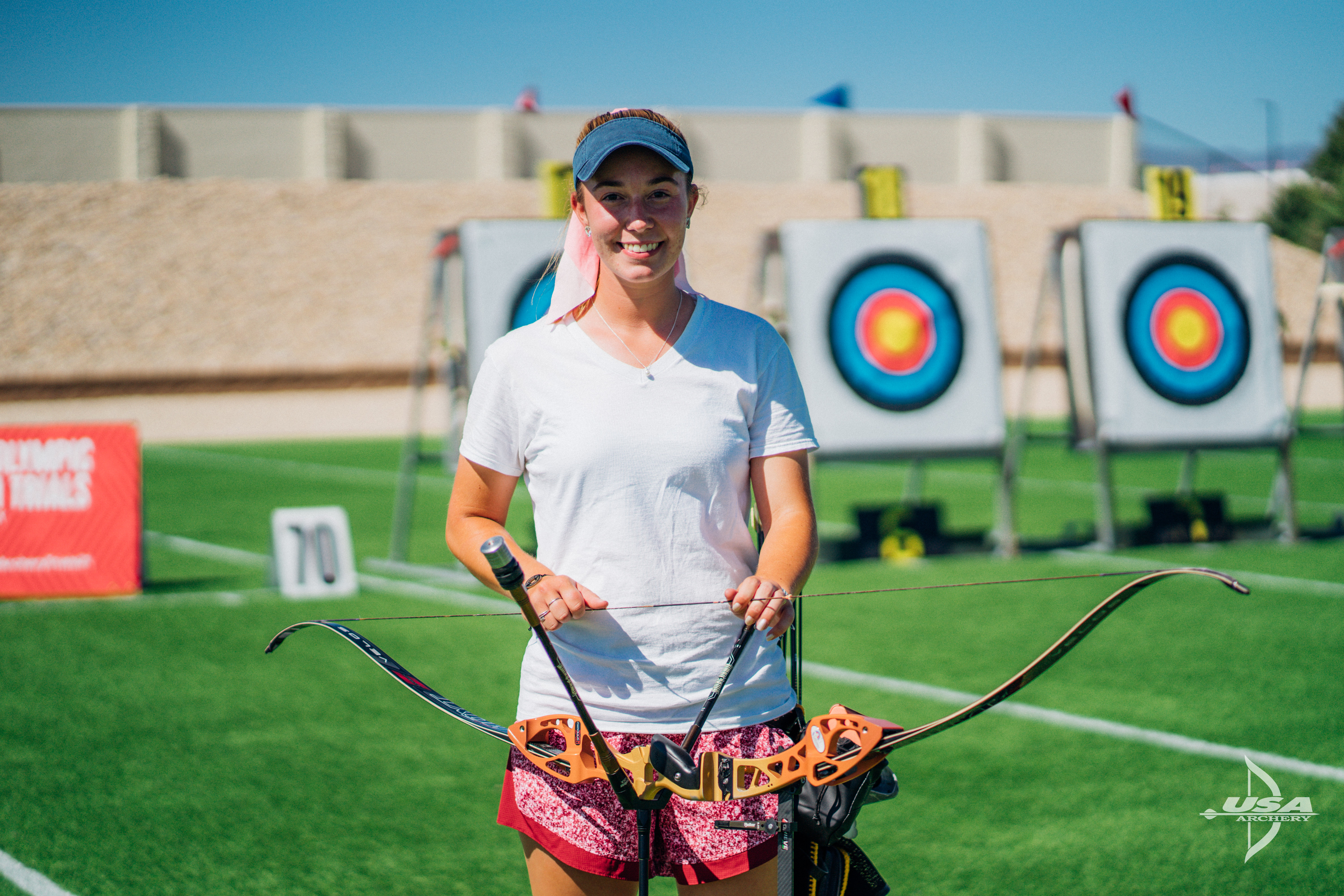 On the recurve women’s field, Casey Kaufhold and Mackenzie Brown continue to hold tightly onto the top two spots, but Jennifer Mucino-Fernandez has jumped into the third spot over Erin Mickelberry, although scores remain tight and it’s still anyone’s game.

Mackenzie Brown broke the senior world record in two consecutive 72-arrow rounds at 70 meters with a field topping 1346. Brown commented: “it’s been a long time coming for these trials, and I think it almost seems like a completely different tournament from when we started almost two years ago. I felt really good, it felt like I was carrying the momentum from Guatemala and Gator Cup, and even Arizona Cup before that. I brought a lot of the things I was focusing on into the Trials.”

On the new record, Brown added: “That’s really cool, I think it’s my first world record, so I was really excited about that. I feel like I shot good, and there were some ends where I could have shot better but I’m really happy overall.”

Casey Kaufhold also set a new junior world record with a stout 1342, earning herself 5 bonus points for the high score. Kaufhold, Brown and Mucino-Fernandez all went on to also win all four matches after a long morning of qualification.

The men’s field did not see a ton of movement in the standings, except notably, London 2012 team silver medalist Jacob Wukie jumped from 9th to 4th. 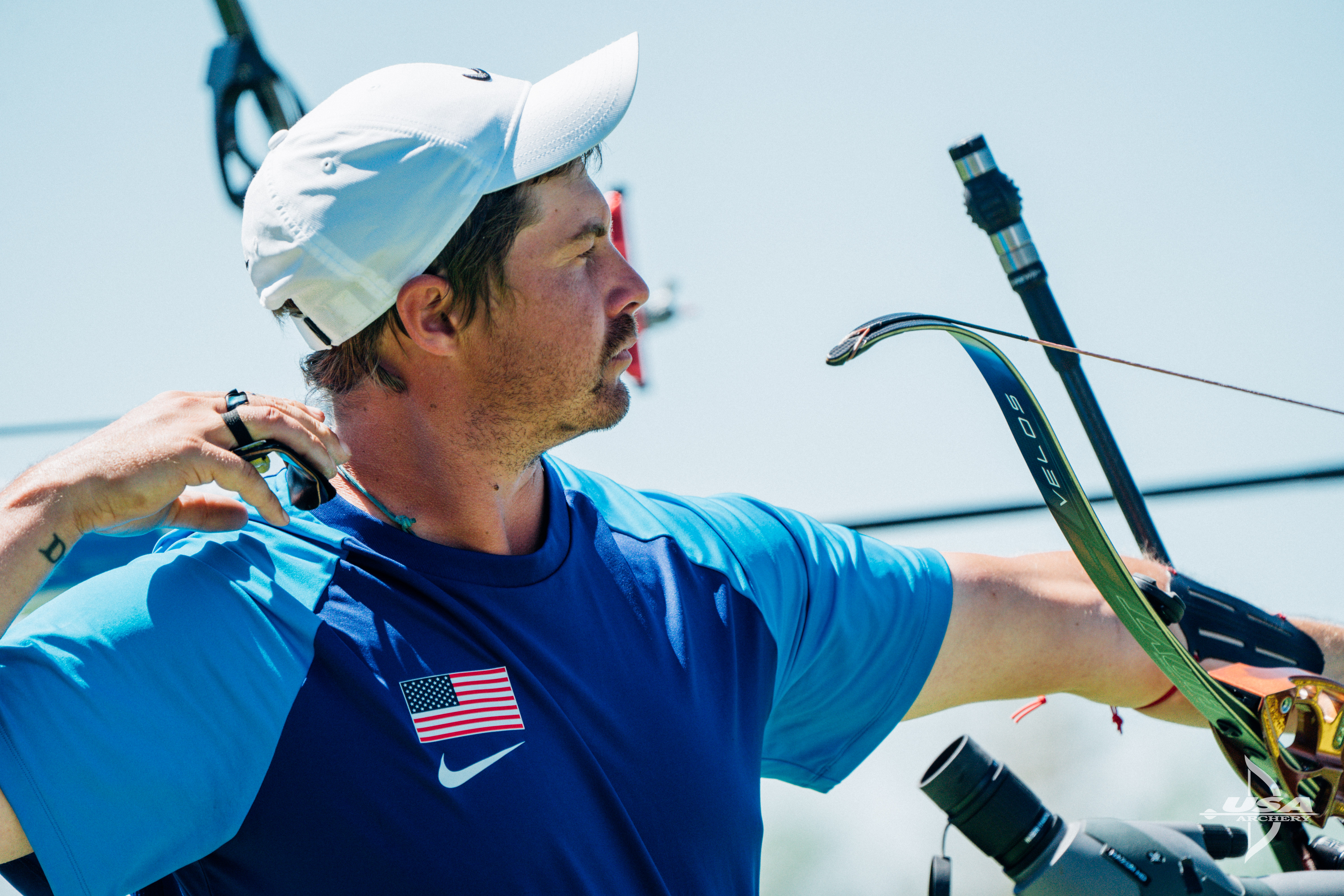 Brady Ellison outscored his own world record by 5 points with a 1363 to increase his dominant lead so far. There aren’t many opportunities to shoot the 2x70 round in competition, and when Ellison broke the record at the last USA Archery Target Nationals, he credited it largely to simply having the opportunity to shoot the round in good weather.

“I’ve been on the road since Arizona Cup and haven’t been able to practice as much as I would have wanted since then,” shared Ellison. “I came out and I broke the world record today because we had the great weather, but I feel like I left a ton of points on the field from how I have been shooting all year. I’ve been shooting at least 690 almost everywhere so I left that on the table today. Yesterday I felt quite good and today I couldn’t figure it out; I’d make three good shots and shoot three tens, and then I’d have three unknowns, so hopefully it gets better and better each day going through Trials.” 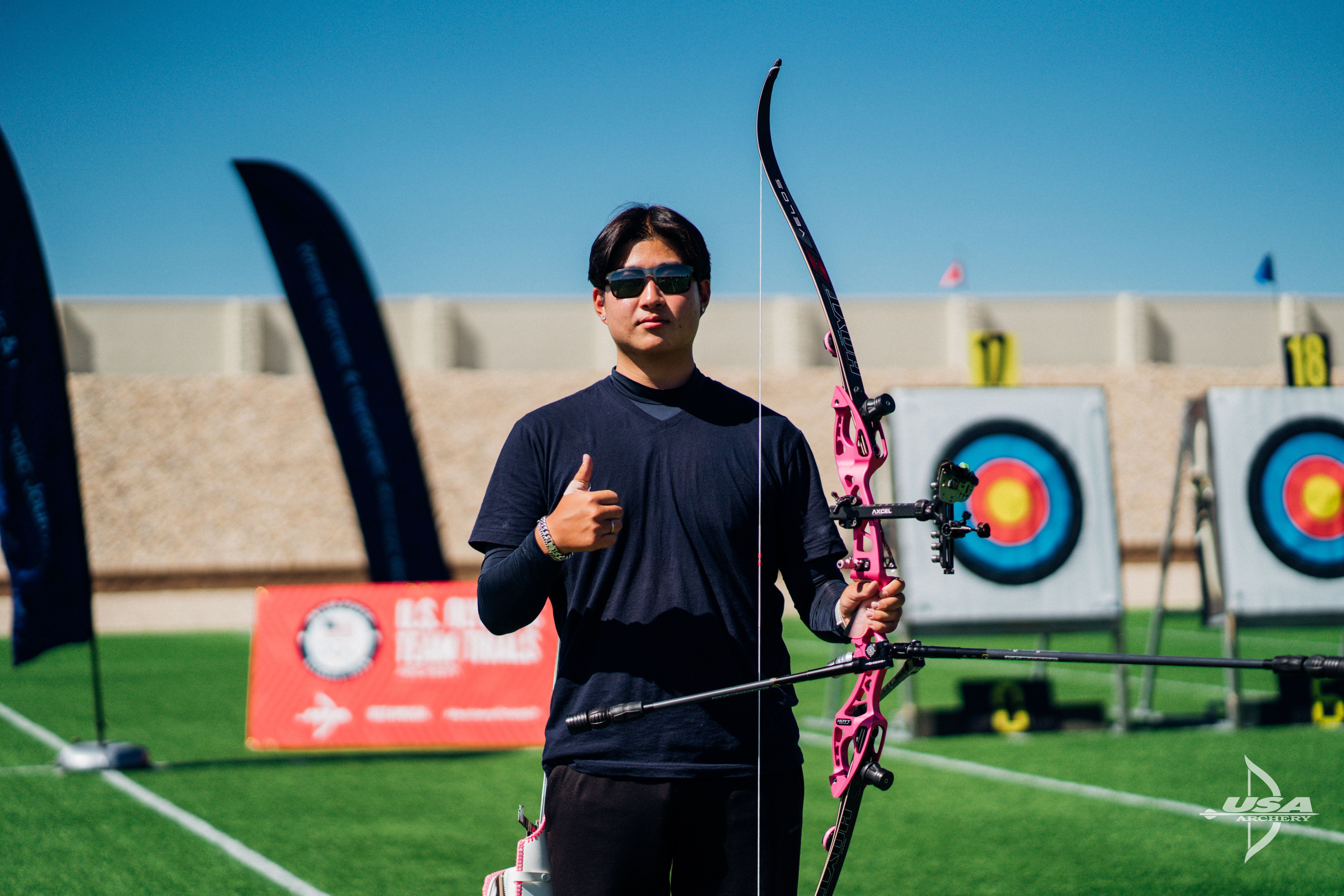 Joonsuh Oh, who broke the cadet world record for this round at the 2019 USA Archery JOAD Nationals, now also holds the junior record after scoring 1348 today. Oh just edged out Jack Williams by a single point, and it was Williams who held the record prior.

“It feels kind of unreal. I never thought I’d have even one world record, but having two, it gives me more motivation to train more and it’s going to help me with my mental game for Trials.”