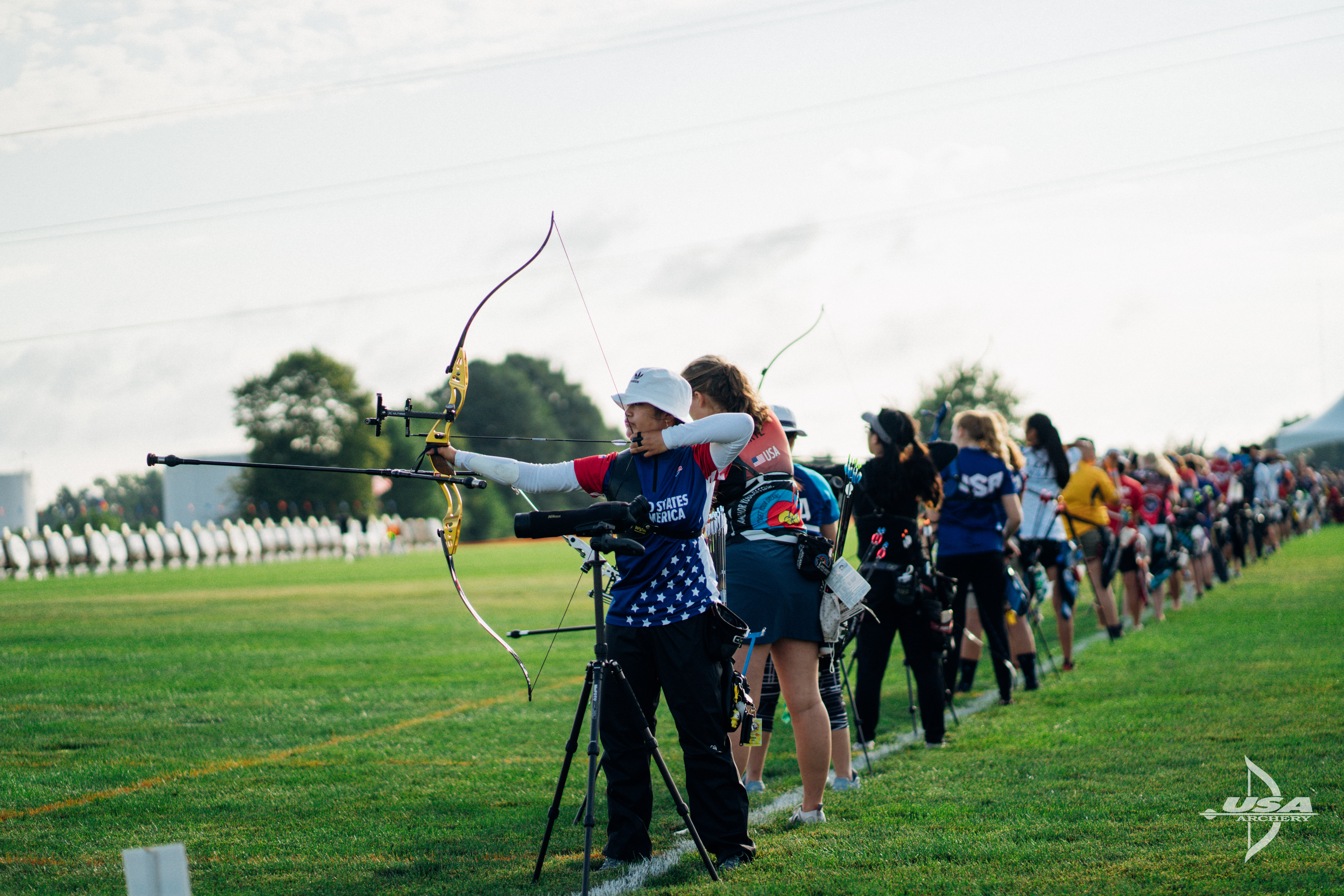 DUBLIN, Ohio – The junior and cadet archers took the field at Buckeye Classic today for qualification in some challenging winds. While the sun shined for most of the morning, archers had fun in the first youth target event of the season.

Jordan Fong ran away with the recurve junior men’s field, scoring a 596, almost 60 points clear the rest of the field in an outstanding display. The recurve junior women’s field had closer competition, with Olympic Hopeful Valerie Wang leading for much of the day before Isabella Frederick pulled ahead in the final end, finishing first with a 591. Frederick made a big splash in the senior division at Outdoor Nationals earlier this month, qualifying 7th and finishing 4th after some major upsets in eliminations.

“It was fun,” commented Frederick. “I just focused on my shot and did what I wanted to do. I had a finger injury and had to take a month off of shooting recently and I think that was a good reset. Heading into matches I’m just going to keep doing the best I can.”

William Lee topped the competitive recurve cadet men’s division with a 632 and a 15-point lead over Dohyeon Kim while Emma Kim prevailed to lead the women with a 627, finishing just ahead of Brianna Laux and Eunice Choi.

Seth Trahan dominated the compound junior men’s competition, smoking a 64-point lead with a 675. Courtney Langly’s 615 has her in the top seed for the junior women. 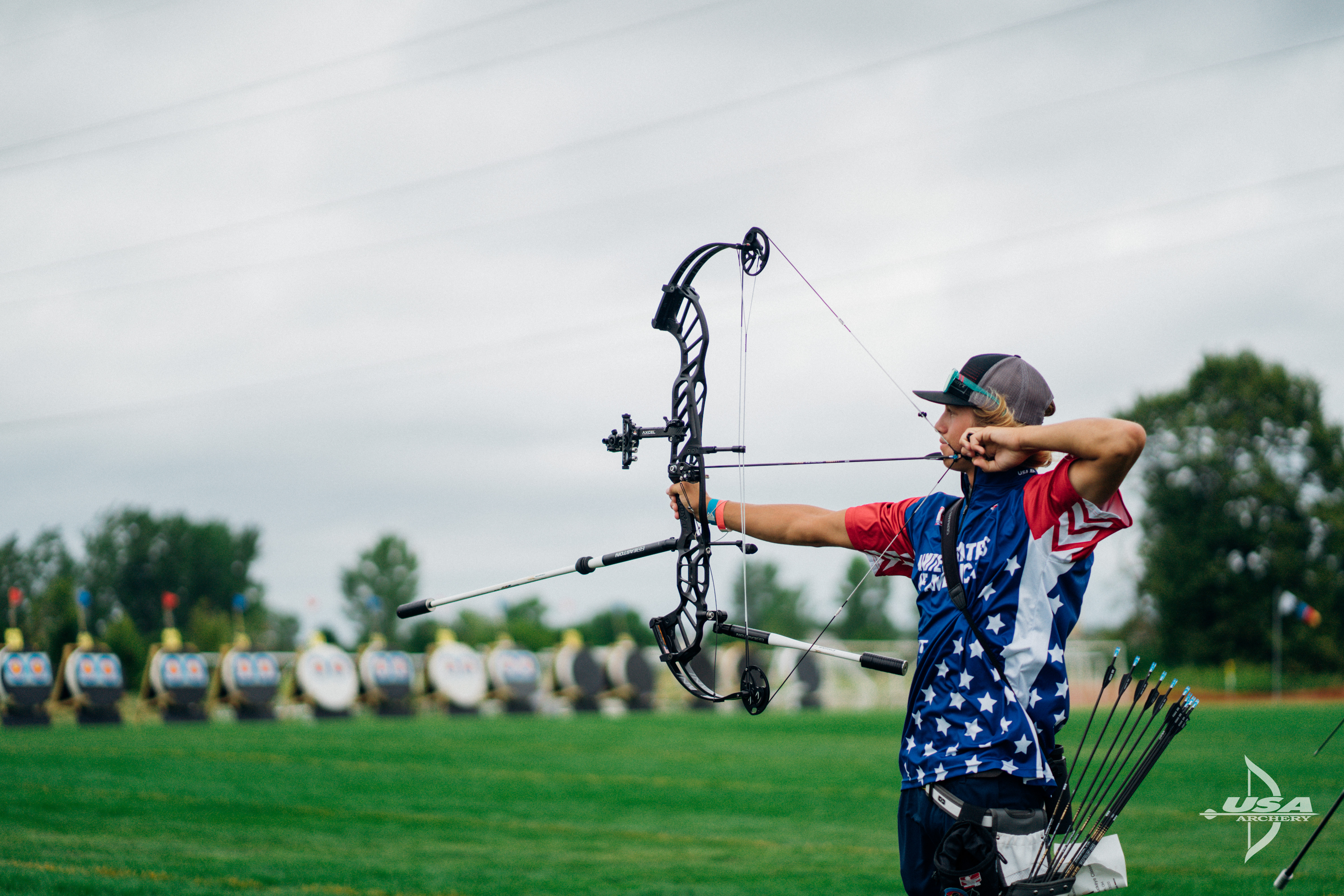 The compound cadet men’s division, typically one of the tightest on the field with incredibly close scores, saw big stratification today as Cole Zeug ran away with a strong lead from the front half. Finishing with a 654, ahead of Harrison Milne and Isaac Sullivan, Zeug commented: “The wind was really tough, it was coming across the field and a lot of times it would pick up and then drop down, but you really just had to push and pull, and aim the best you could.” On what helped him keep his head in the tough conditions, Zeug added: “I just really mentally got on myself and told myself you’ve gotta get on it and push it.’”

Competition continues this afternoon with senior and masters elimination matches. Complete results from today’s events and live scores throughout the weekend are available on Between Ends. Check out our online photo gallery and join the conversation this weekend with #BuckeyeClassic.