JOAD Nationals and U.S. Team Trials Kick Off with Over 700 Archers in Alabama 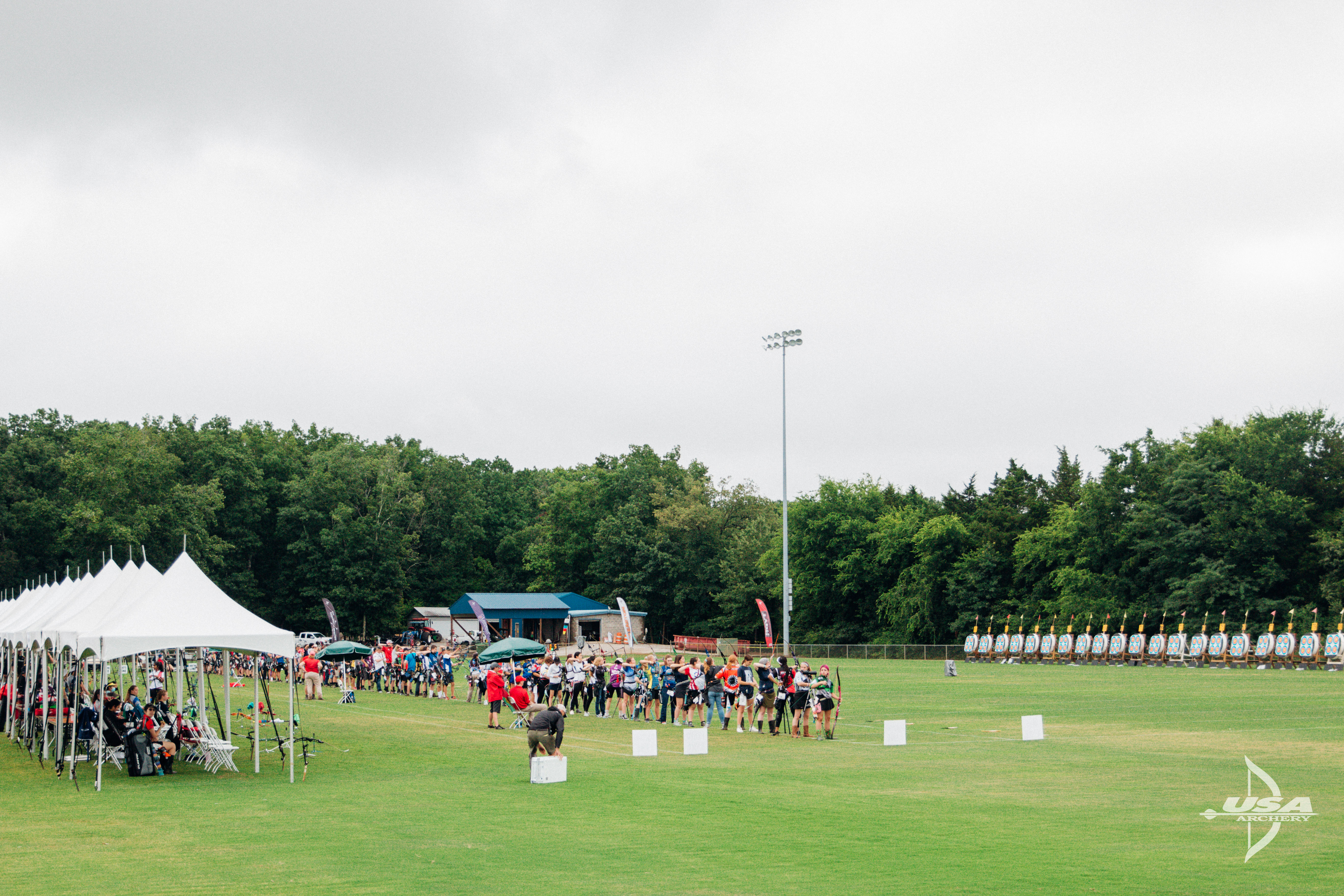 DECATUR, Alabama – The 2021 USA Archery JOAD Target Nationals and U.S. Team Trials for the World Archery Championships and Junior Pan American Games began the first of two days of qualification today. What started as a lightly rainy morning, soon turned to a beautiful, calm day with good shooting conditions. Over 720 archers from around the nation, spanning Hawaii to Florida, and everywhere in between, have brought their A-game to competition this week. The field was filled with big smiles, laughs and high scores as archers celebrated everything from personal achievements to records. 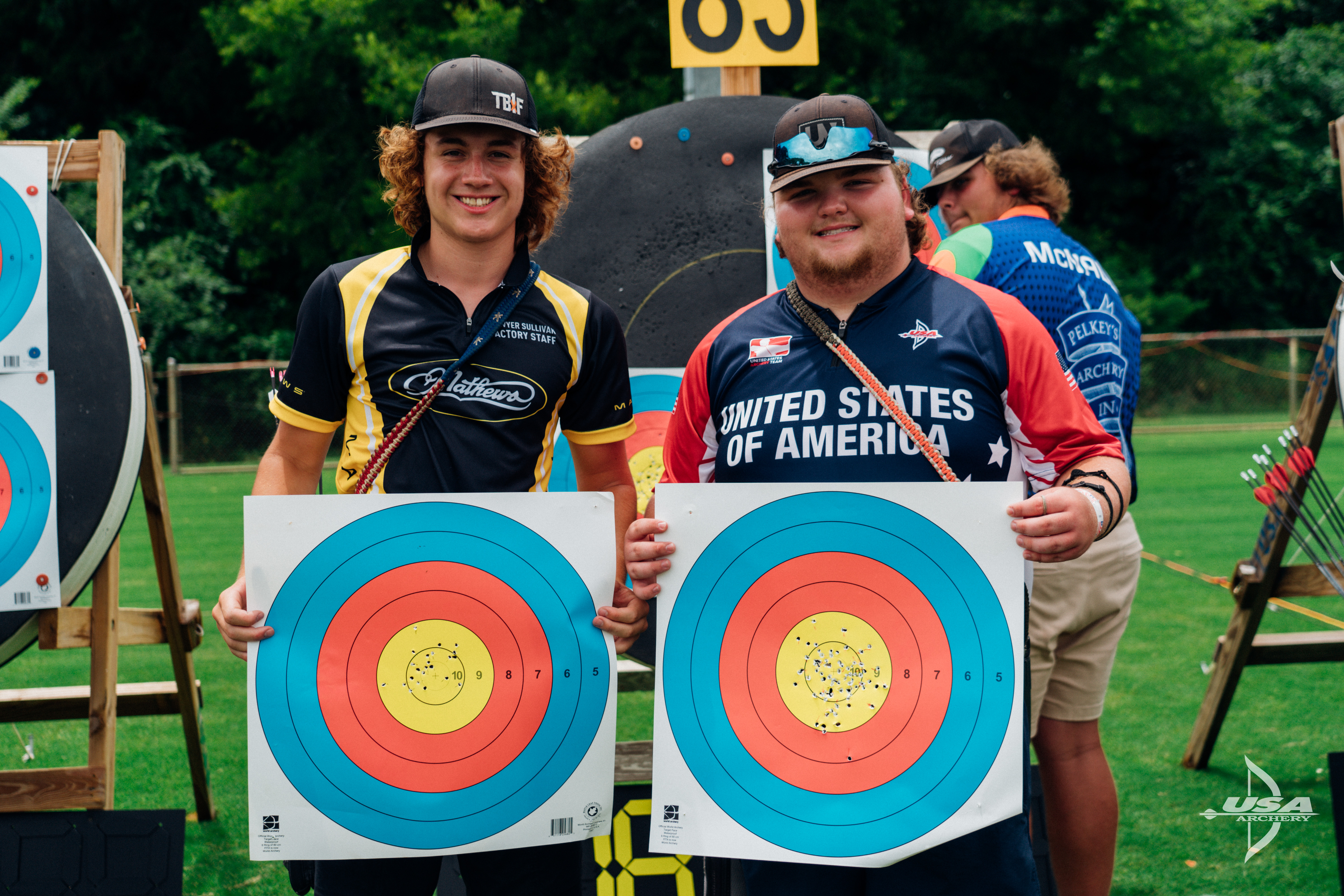 Sawyer Sullivan finally broke the cadet 50m world record he has been chasing all season (pending official verification) with a 708. Having won every USAT event this year, he’s been solidly on top of a highly competitive division.

“I am happy that USA archery is hosting JOAD nationals again. It’s so good to be back on the field with all my friends and teammates,” commented Sullivan. “I was pretty nervous going into the day today. There are so many great shooters here. I just tried to stay focused on each arrow. I have been trying for that record for a little bit! It was a fun day.” 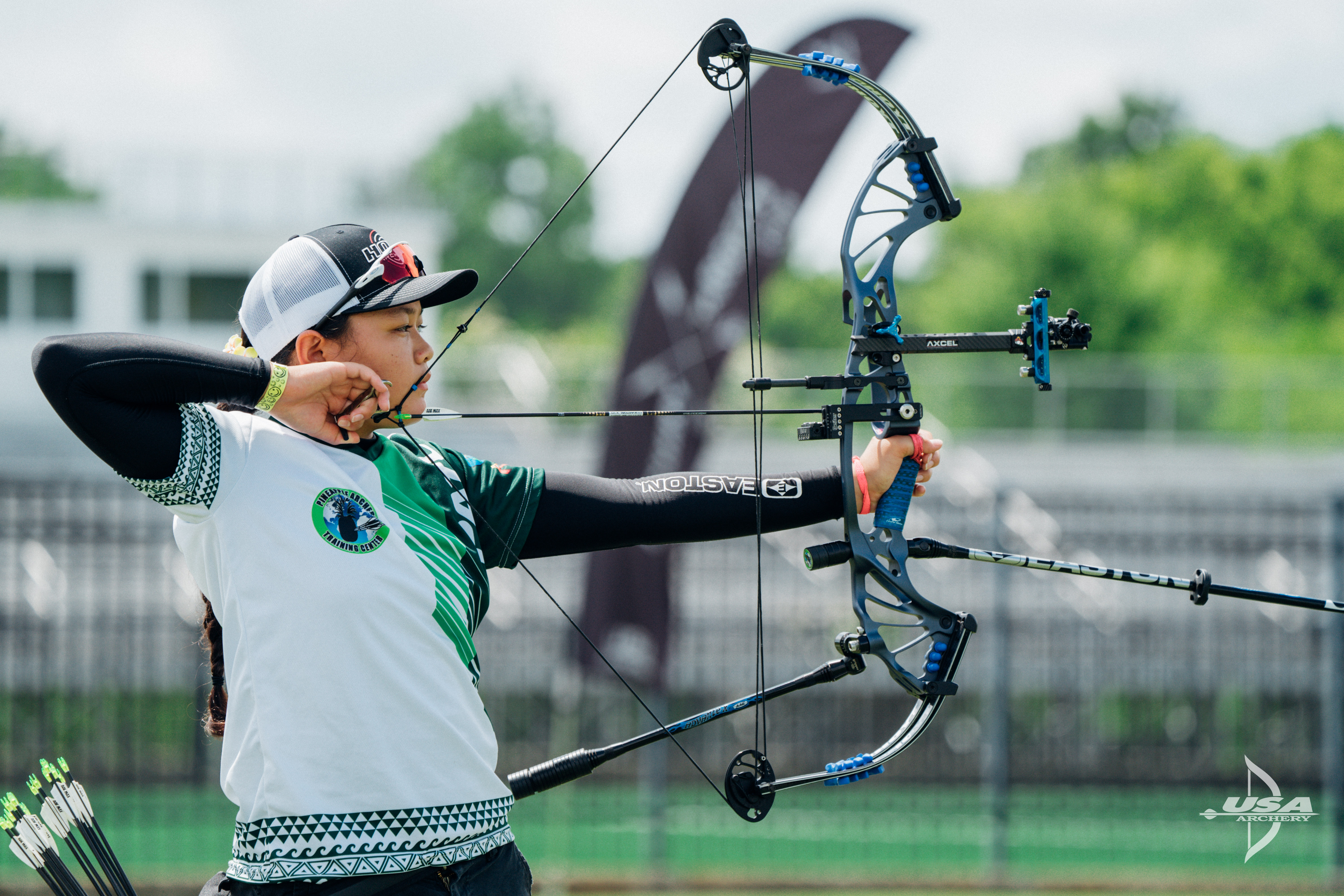 Two-time national champion Liko Arreola, at her third JOAD Nationals, sits solidly in first for the compound cubs after breaking the national record today with an insane 718. Arreola, who has made a splash shooting among the adult pros this season, came here looking to break the record at what will be her last event as a cub before she chooses to shoot up in division. “I’ve been practicing a lot, mostly with my dad,” shared Arreola. While she hopes to break the double round record with tomorrow’s competition, her main goal is just to compete to “be with people, it’s really fun.” 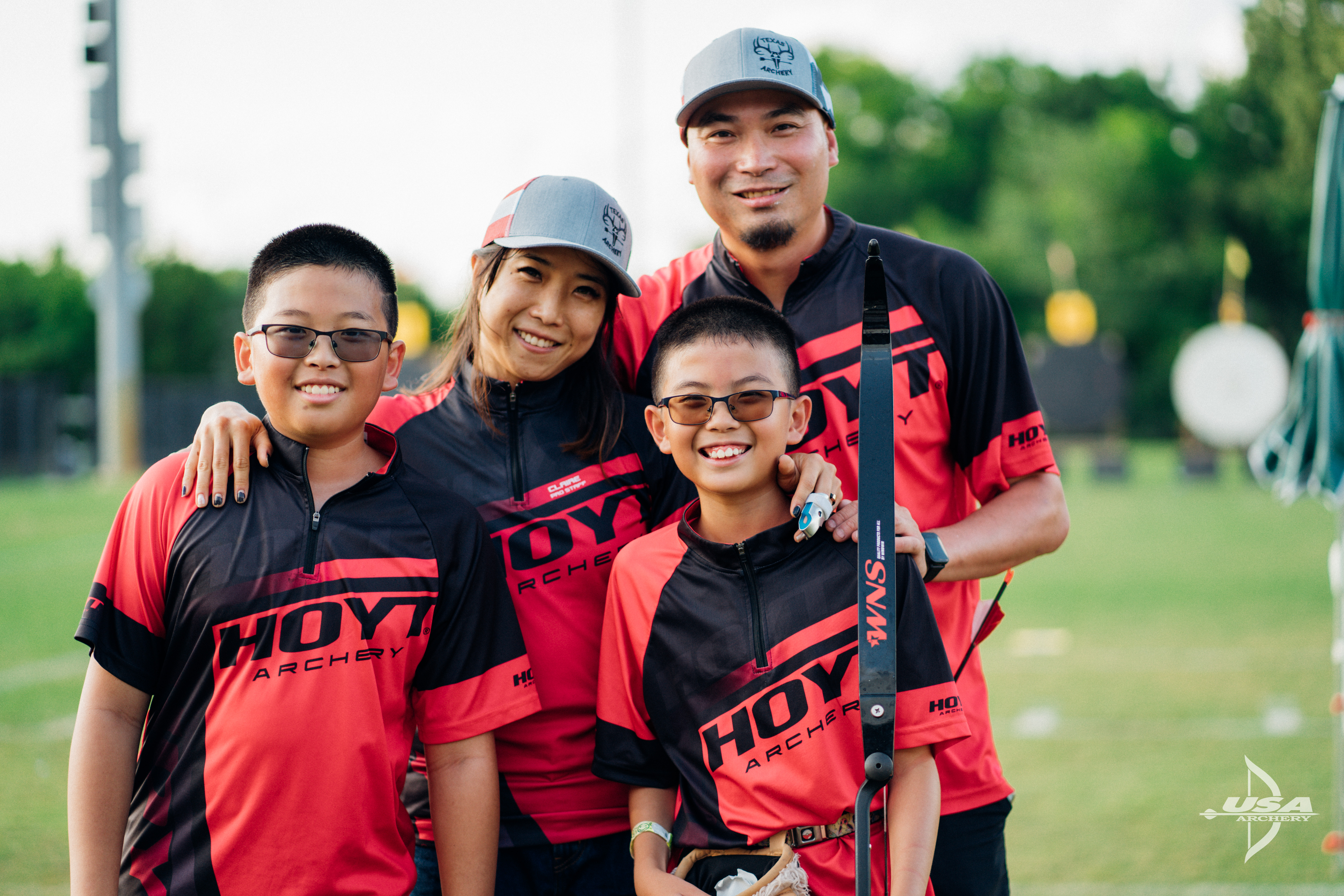 Another national record fell in the barebow bowman men’s division as Micah Xie scored a 595, more than 160 points clear the rest of the field! Xie’s mother, Claire Xie, is a national champion in the senior division, and Micah’s brother Andrew also qualified first today for the compound bowmen men with a 703. With the Xie boys following closely in her footsteps, Claire laughed: “I guess my superpower is making awesome babies!”

Micah shared: “It was nerve-wracking, but I just breathed between every arrow.” His plan is to take home the gold and the national title.

Competition resumes tomorrow with the second round of qualification and matches for the compound women and recurve men in the Junior Pan American Games – U.S. Team Trials. View complete results from the competition and official photos.