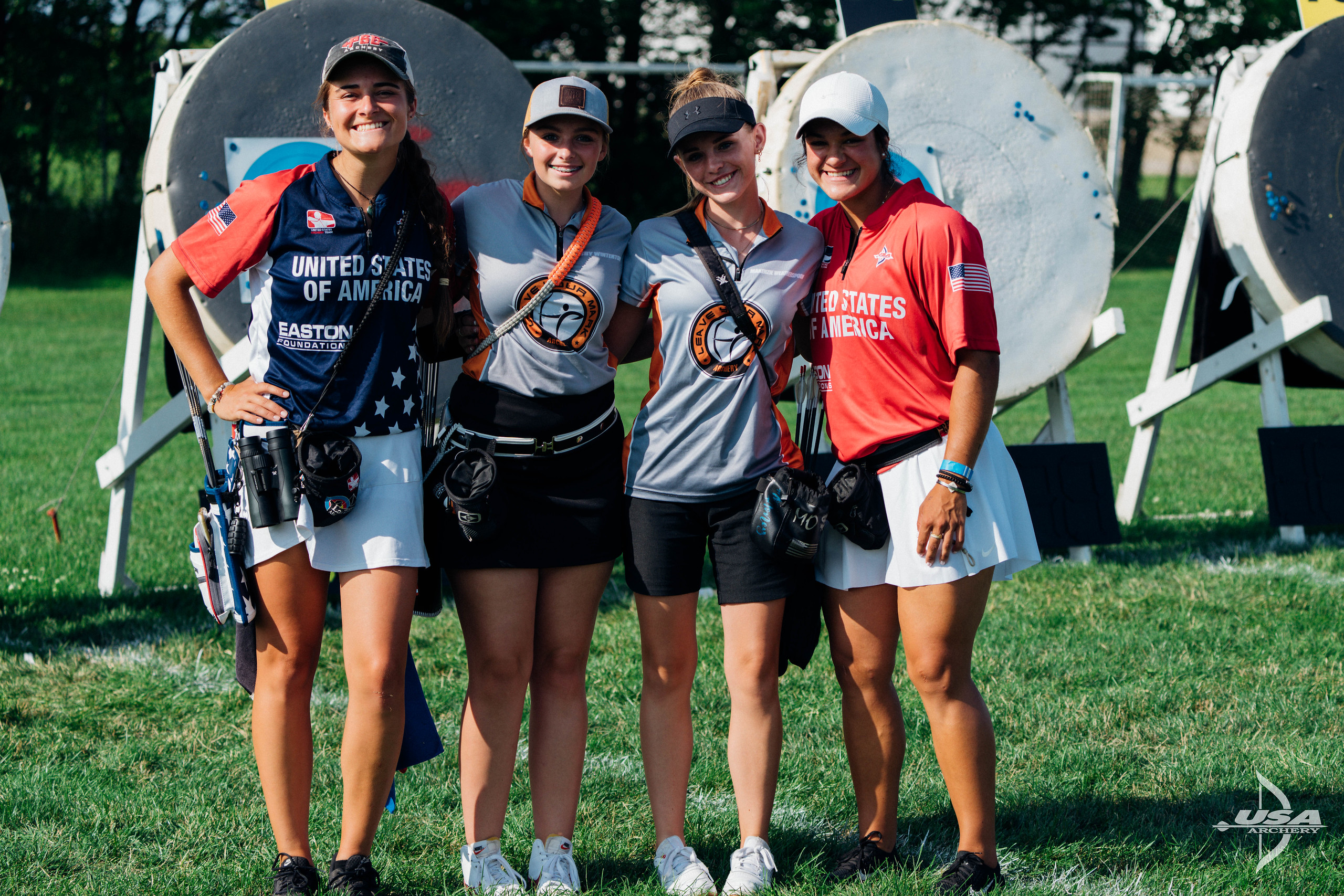 DUBLIN, Ohio -- The Buckeye Classic awarded medals to the youth archers that wrapped up elimination matches this afternoon. These are the final points available for national ranking this season.

Sydney Sullenberger returned to the podium for her fourth top finish of the 2022 Season in the compound U21 women’s division. Sullenberger had a series of close matches leading up to the finals against second seed Bella Otter to finish the day 143-138. Abigail Winterton took the bronze. Sullenberger commented, “This was my fourth gold of the season, so it feels really good to accomplish this in my first year as a U18. I knew I just had to stick to my process and let that shine for the win.”

The compound U21 men saw a close battle between the top four qualifiers. Matthew Russell took gold by a single-point win over second place Isaac Sullivan. Cooper Davies joined them on the podium with a bronze medal. Liko Arreola claimed top honors at her third USAT event of the season over Olivia Dean and Leann Drake in the compound U18 women. It was a comeback for Arreola after Dean took first at JOAD Nationals last week in Alabama. Both top archers have had a record-setting season.

Brayden Luke proved to be one of the biggest underdogs of the day in the compound U18 men’s division. After qualifying 11th, Luke faced top-seeded Grady Kane in the finals to win 147-144. Landen Witmer faced Aiden Stephenson to win the bronze.

Davis Beauvais took the recurve U21 gold over Venugopal Kunnavakkam and Benjamin Hur. “This was really motivating because the rest of my season wasn’t that great. This is my first season shooting at 70-meters and this really gave me the confidence boost I needed,” said Beauvais. 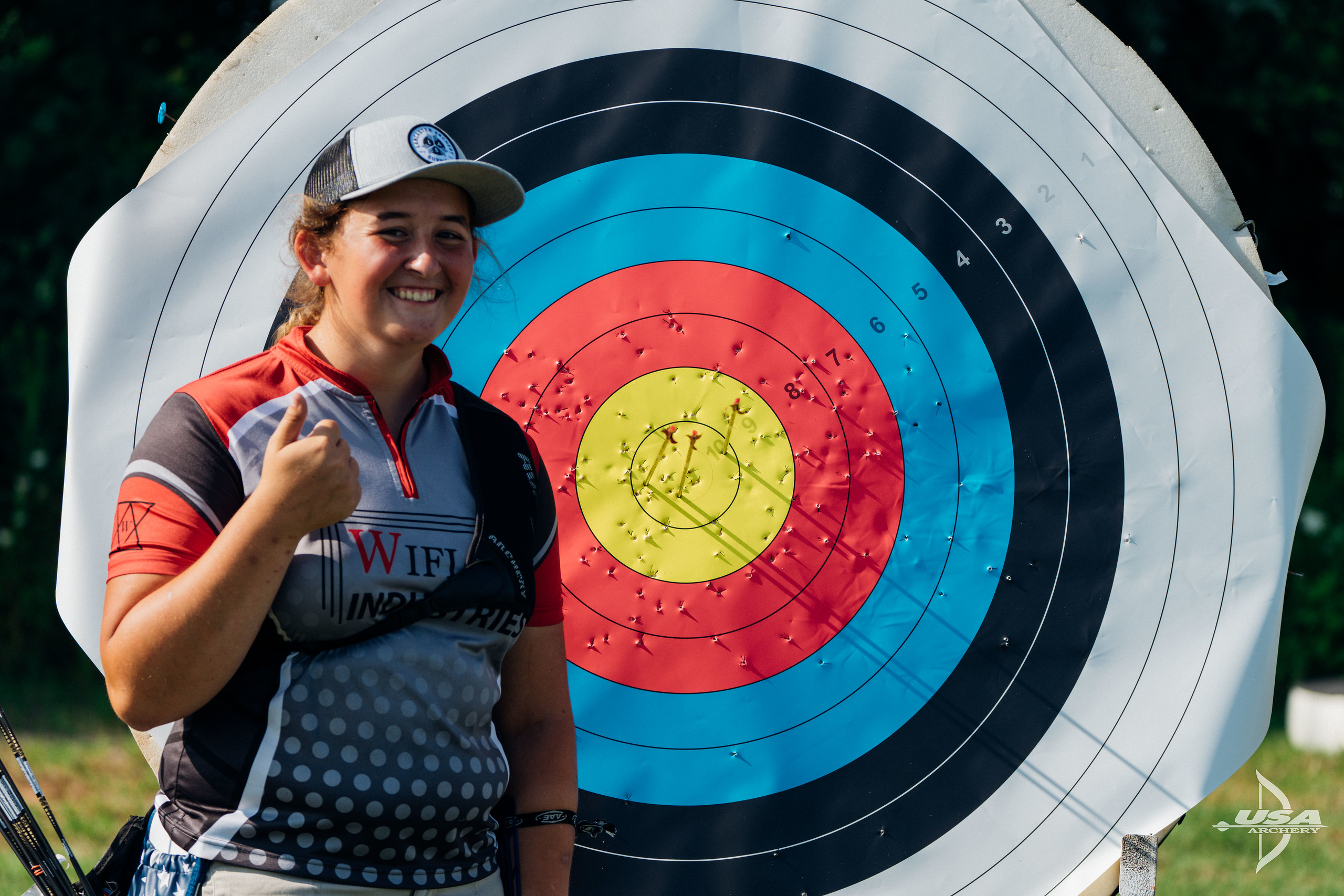 Top seed Brianna Laux had a big day taking the win in the recurve U21 women’s division besting Grace Lum and Jordan Marie Meiners. The excitement was contagious as their families cheered on the medalists.

Chap Post took the finals by storm finishing 6-0 over Zachary Maracine for the recurve U18 men. Christian Stoddard took bronze.

Shooting recurve U18 women’s Akshara Vijay headed back to the podium for the second time in a week after a second-place finish at JOAD Nationals. Today, however, she claimed the top spot over Maya Miller and Cham Chung. “I had challenging matches but I was able to push through,” said Vijay. “My form was in a flow, and I peaked in the finals.”

For the barebow U18 men’s gold, John Stephens took the gold in a 6-2 match against Andrew Van Why followed by Elijah Hillensbeck. Abigail Sparpaglione took on Isabell Lehsten for U18 women’s gold wrapping up 6-2 with Erin Heyob taking the bronze. 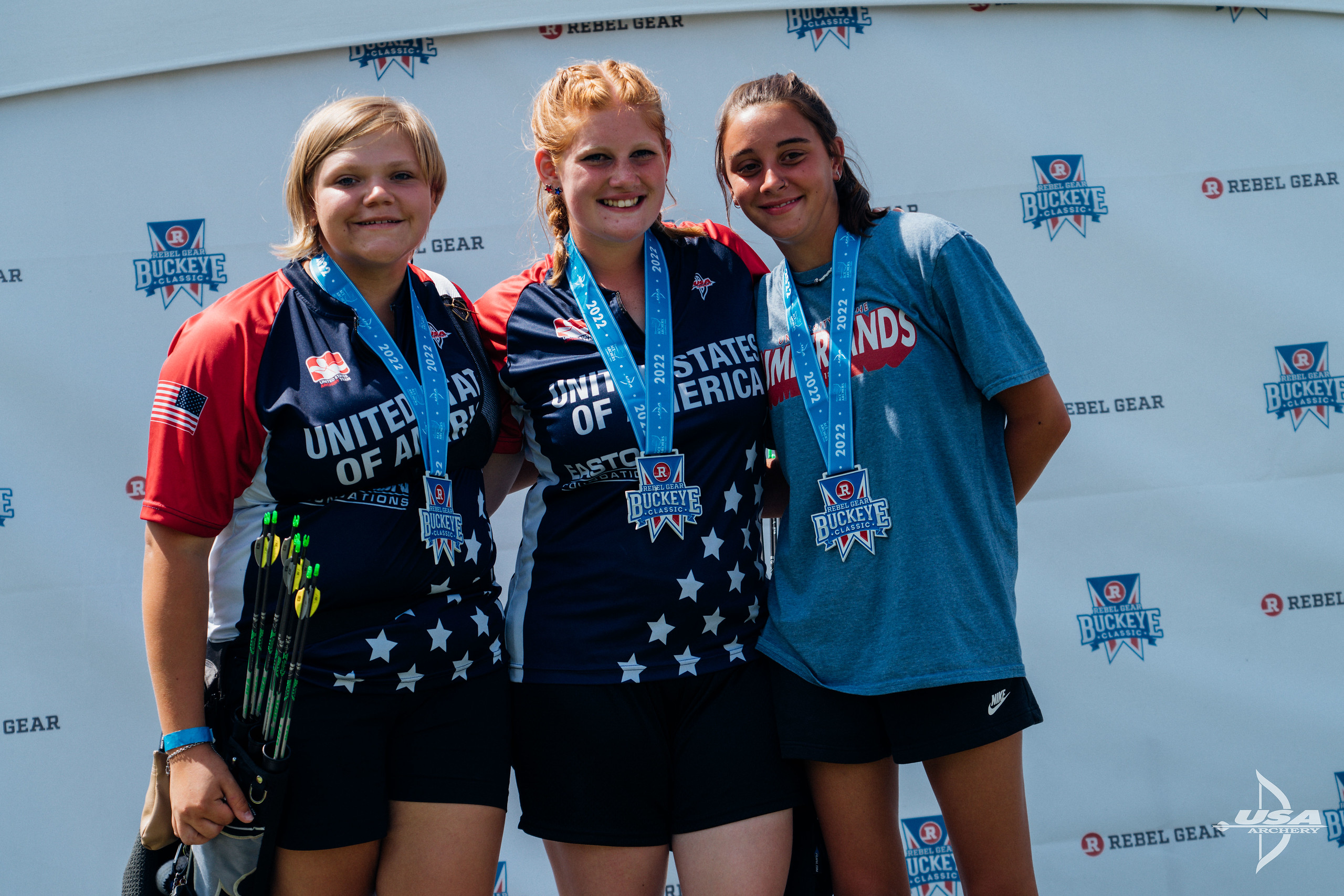 The barebow U21 women’s gold went to Maggie Brensinger after a 6-0 match over Anastacia Godman with Kennedy Sumpter taking bronze. Spencer Kamman won the U21 men’s gold stepping up to the podium with Kyle Coffey and Jack Calo. “It was fun watching Kennedy and Anastacia shoot for the finals and bronze. Everyone shot really solid today and I’m really happy for them,” said Brensinger. “On the field today, the conditions were just perfect. Couldn’t have asked for a better day of shooting.”

Competition wraps tomorrow with elimination matches for the seniors and masters. The senior gold medal matches will be streamed live on USA Archery’s Facebook and YouTube. Photos from the event are available on USA Archery’s Smugmug and live scores run on Between Ends.