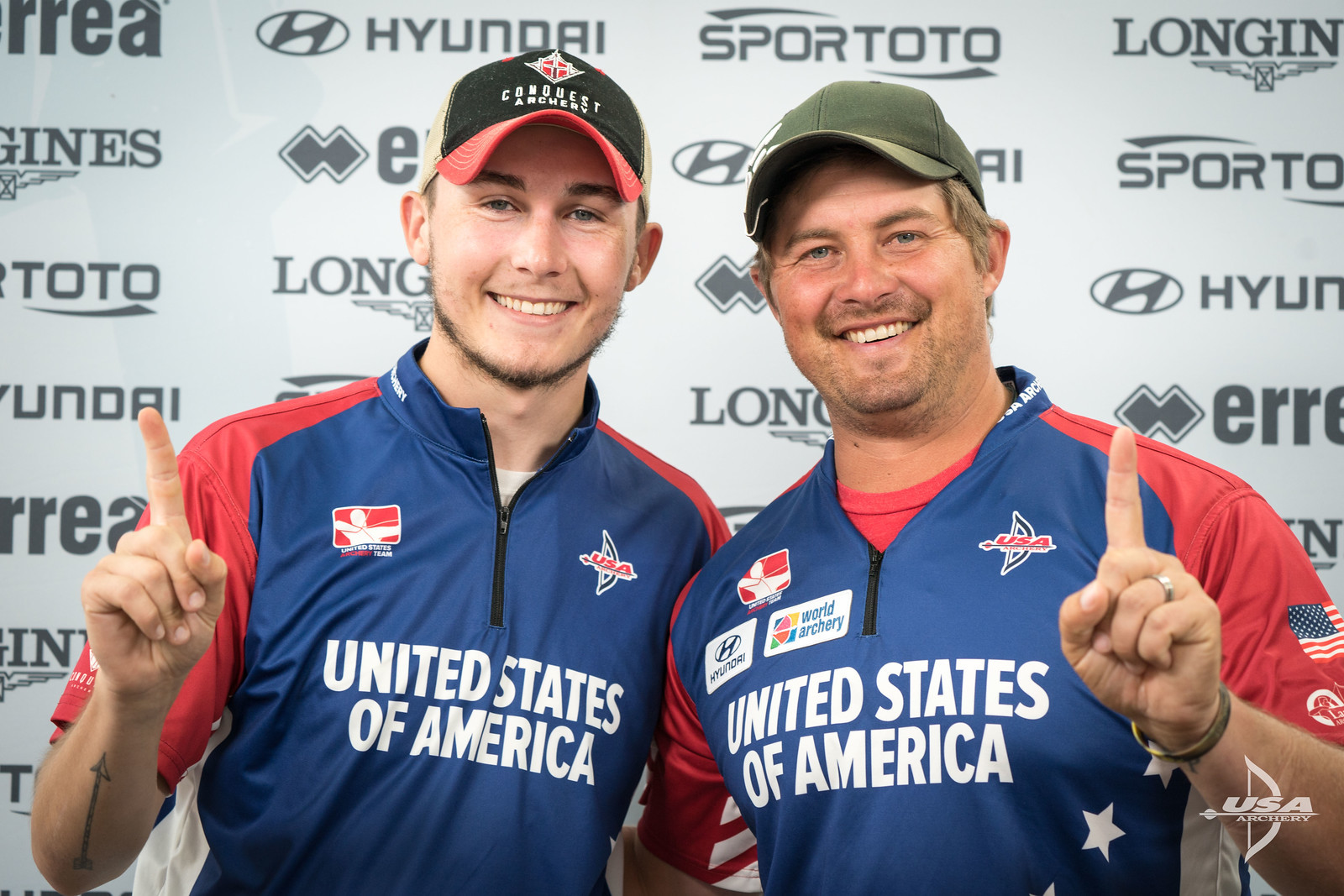 MOSCOW, Russia – Capping one of Team USA Archery’s best years on the world stage to date, the prestigious World Cup Final hosts eight archers in each of the men’s and women’s recurve and compound divisions at this elite invitational event in its 14thedition.

Archers qualified for the event by winning stages in Medellin, Colombia; Shanghai, China; Antalya, Turkey and Berlin, Germany or collecting enough ranking points across the year. 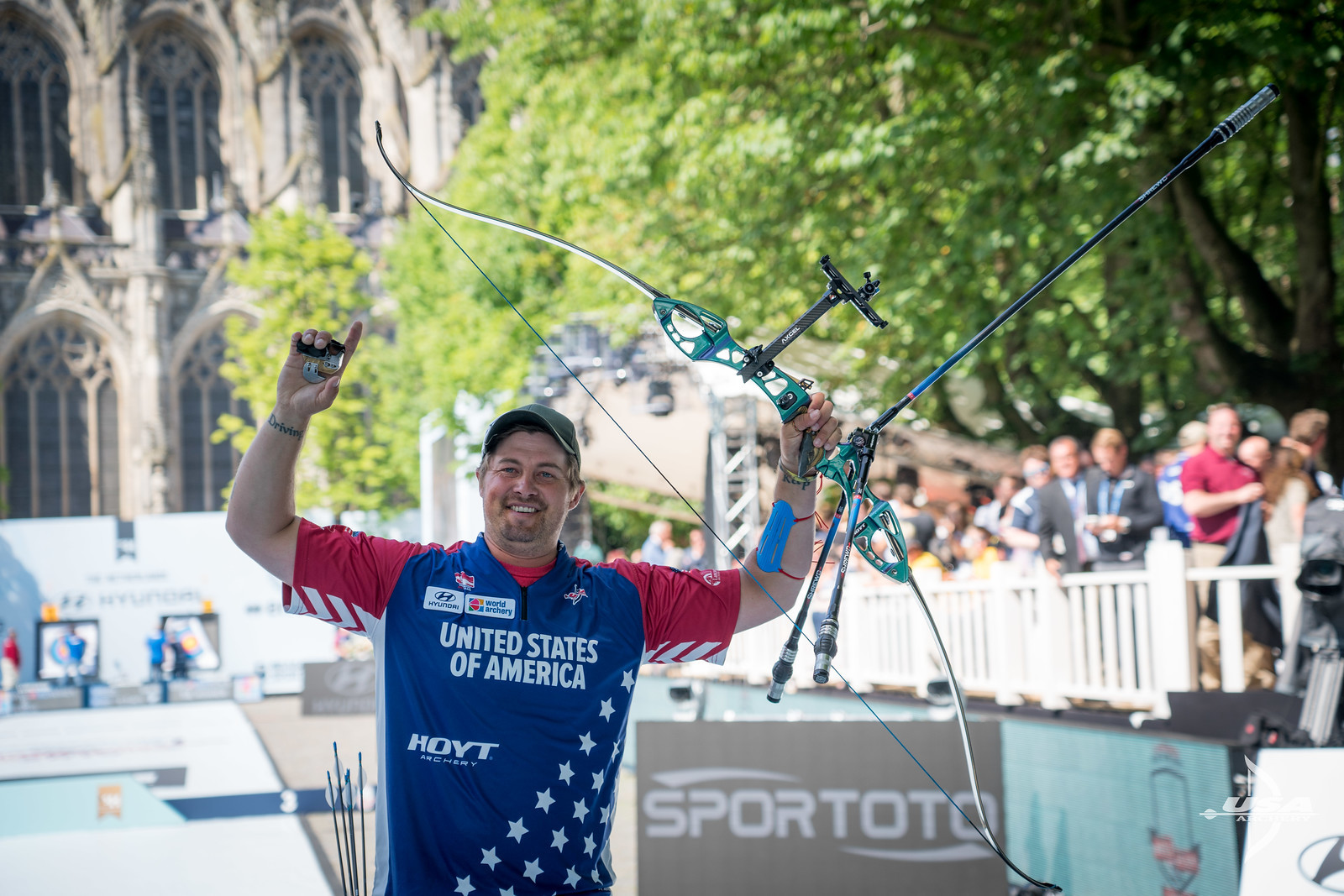 World No. 1 and World Champion Brady Ellison, who shattered two world records this summer is absolutely on fire. The three-time Olympic medalist makes his 10th consecutive appearance at the World Cup Final and is in hot contention to win his 5th title – and the first in history to win the crown five times.

Ellison’s toughest competition will come from Turkey’s Mete Gazoz, the Netherlands’ Sjef Van Den Berg and Korea’s two-time defending Final Champion Kim Woojin. These four have comprised most of the stage finals matches this season, but with Ellison taking two of the four golds (Antalya and Medellin), he is coming in solidly at No. 1. 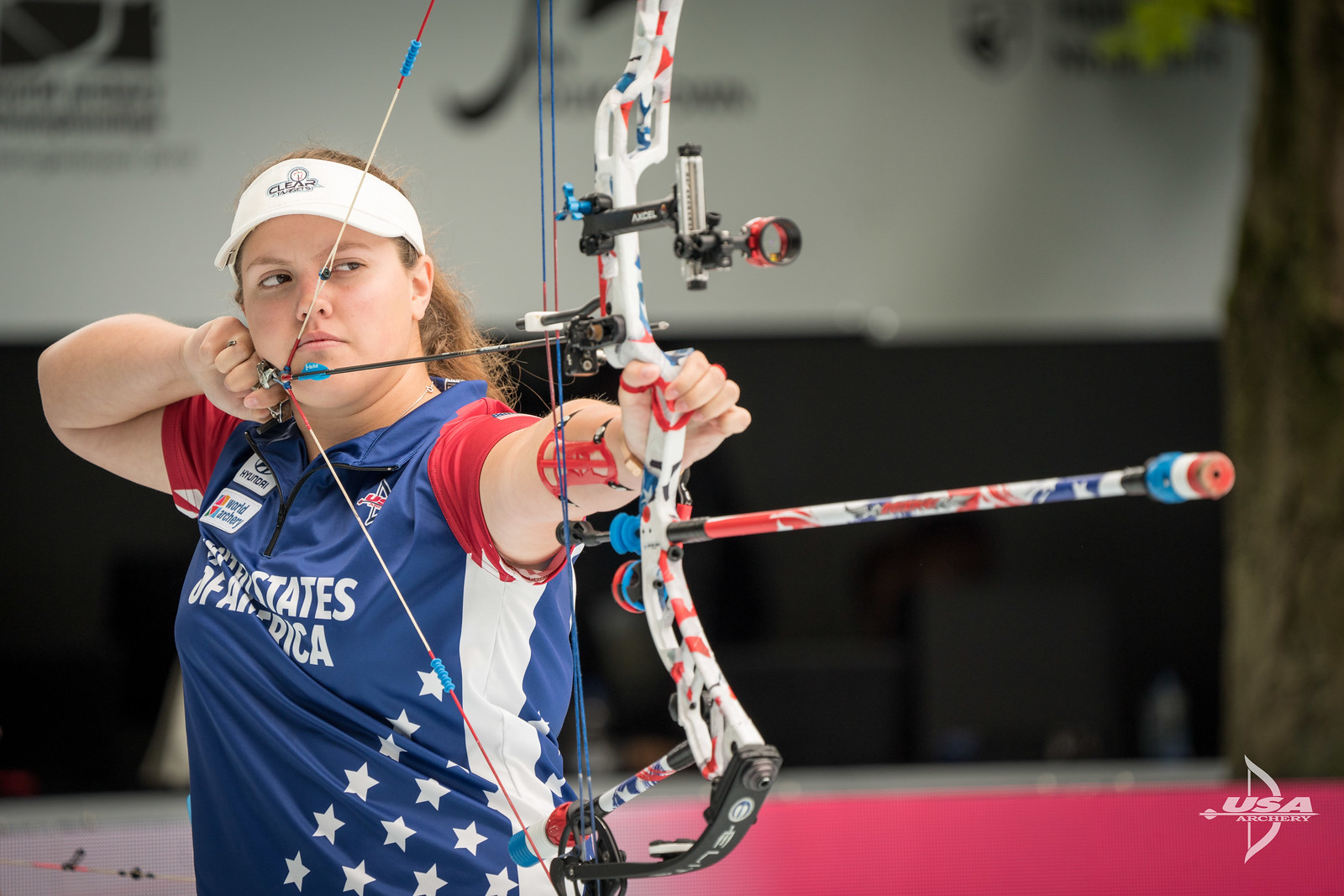 Alexis Ruiz is 20 years old and made her World Cup debut just this season. Absolutely incredible, the young archer medaled individually at each stage, climbing from bronze at the first two, to silver and finally gold. She also added six team and mixed team finishes to her resume in her breakout season as she soared to the World No. 1 spot. Ruiz also finished with team silver at the World Archery Championships this June, and team gold and a 4thplace finish at the World Archery Youth Championships just weeks ago.

Ruiz’s strongest competitors are Colombia’s Sara Lopez, defending champion, and world champion Natalia Avdeeva of Russia – the home crowd favorite. Ruiz is not to be underestimated as she has pulled some of the highest match scores this season. 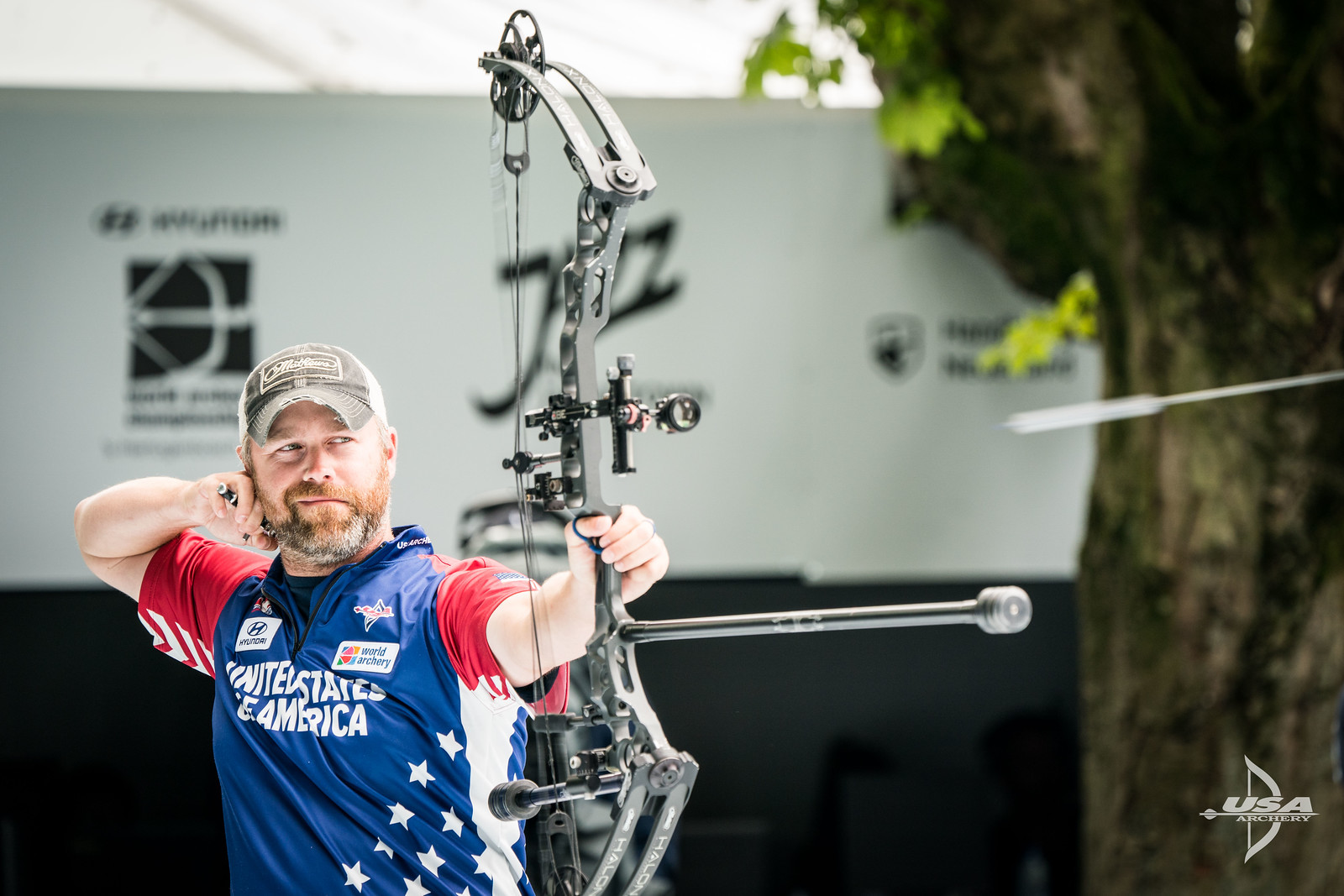 The star-studded compound men’s lineup features two of the USA’s best – undefeated rookie James Lutz and one of the all-time legendary greats, Braden Gellenthien. Gellenthien has been a staple on Team USA since the World Cup’s second season in 2007, and comes into the lineup second with two individual podium finishes this season including gold in Shanghai and two team podium finishes. The World No. 1 is second in Moscow only to the Netherlands’ Mike Schloesser.

Gellenthien and Ruiz are also slated for the compound mixed team Final against Russia, who pairs Avdeeva with Anton Bulaev – the host nation’s representative ticket. 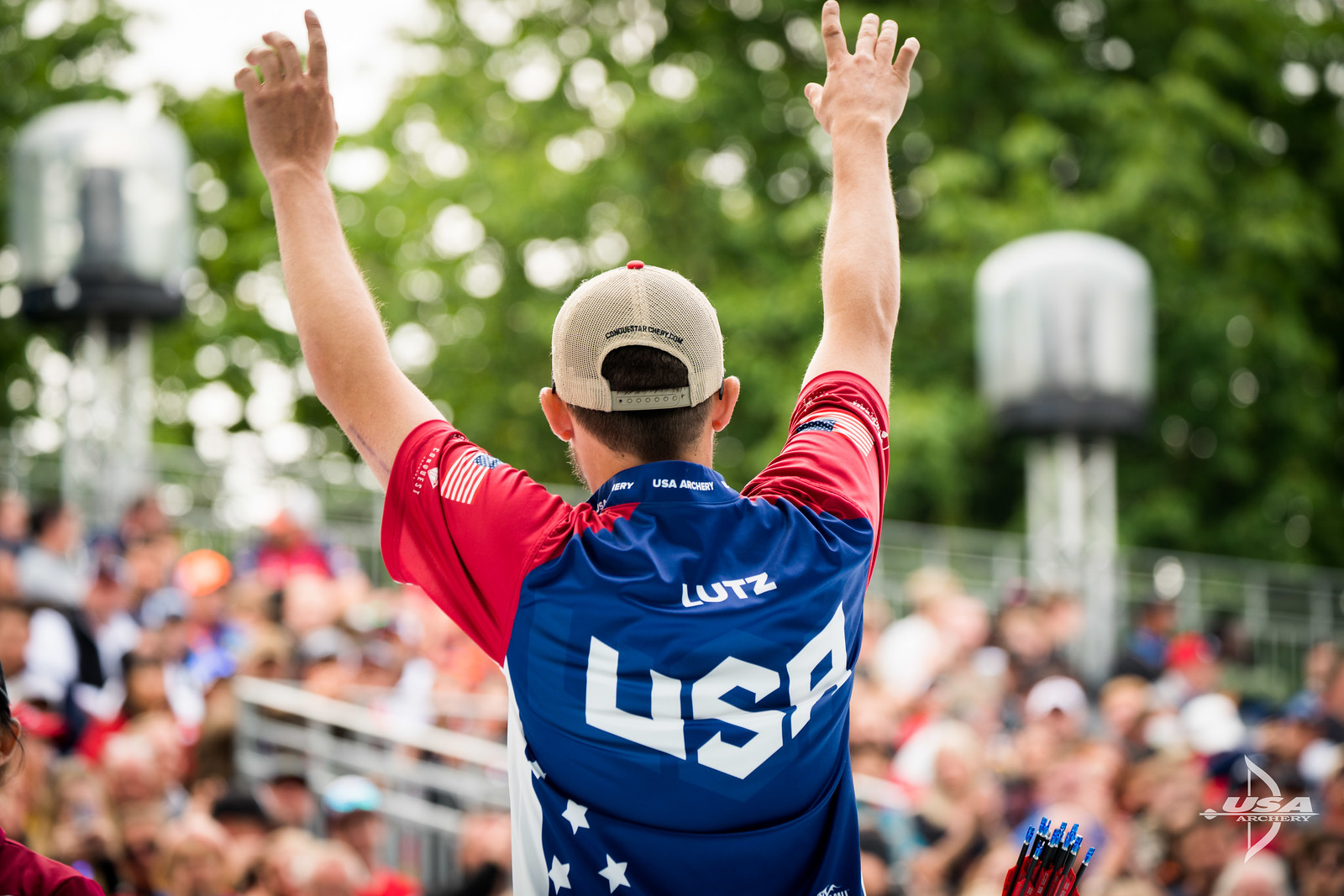 James Lutz is a dark horse in the roster. The World Champion is undefeated on the world stage – having only made two appearances. He earned a spot in the Final after winning gold in Antalya, and then went on to win the World Champion title in his second ever international event. His gold in Antalya showcased one of the first ever perfect 150s in a finals venue – the young breakout is clearly unafraid of any challenge and will be tough to beat this weekend. Our hope? Of course, an all-USA gold final!

One unique thing about this event since last season, is that the head-to-head matchups for the are not decided on season ranking – but randomly; the top two seeds are placed at opposite ends of the bracket and the remaining spots filled in randomly. The draw will take place later tonight. Ellison and Ruiz are guaranteed the top seed, and Gellenthien has earned the second spot on the compound men’s bracket, but Lutz will take his chances in the draw.

Live results from the event will be available at www.worldarchery.org. USA viewers can tune in to watch live on the Olympic Channel. Delayed coverage will be available on NBC. For more, follow USA Archery on Facebook, Twitter, and Instagram.