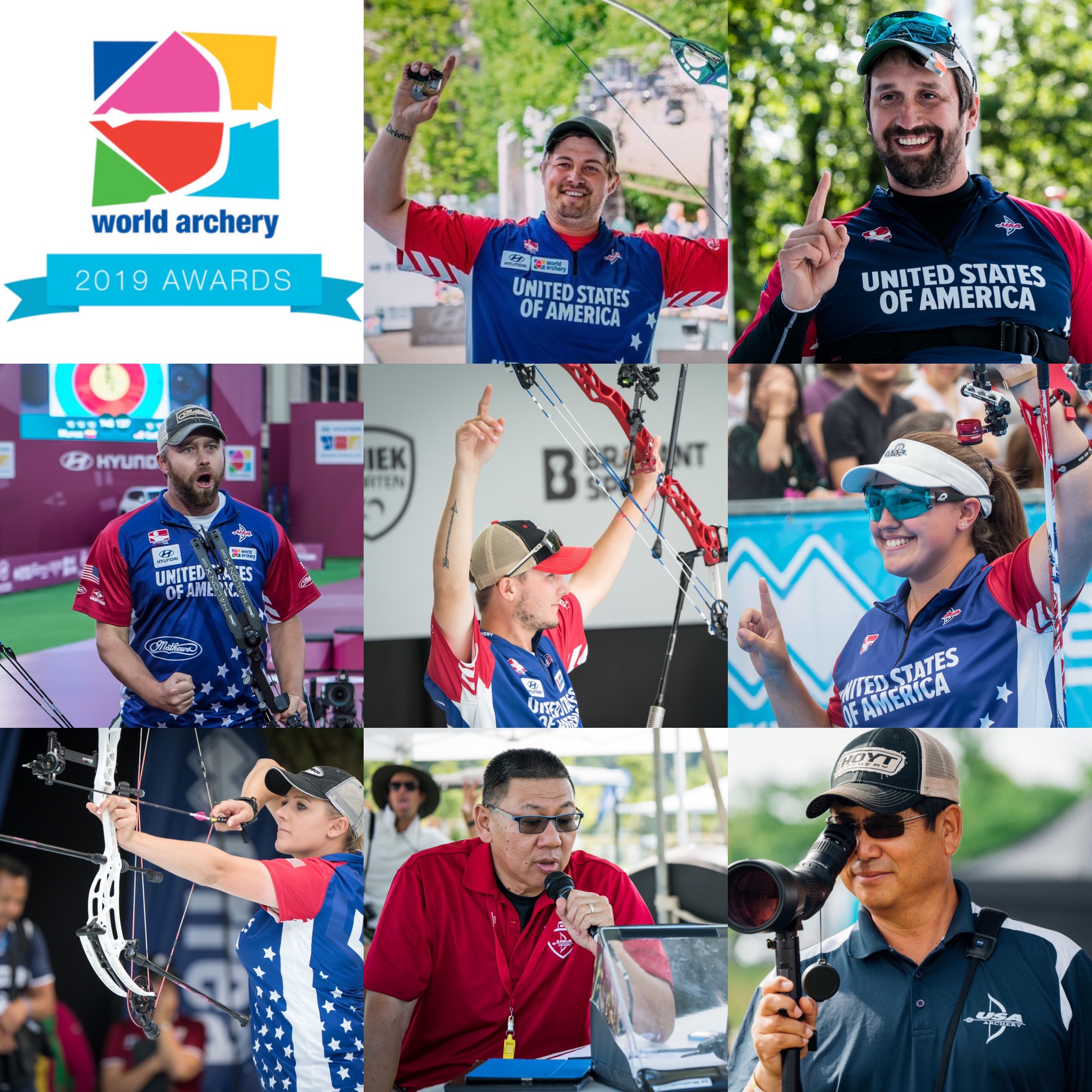 COLORADO SPRINGS, Colorado – USA Archery wrapped 2019 with three world champions, three world No. 1 ranked archers, and a record number of medals won on the World Cup circuit. With such a stellar year, USA Archery brimmed with pride in submitting nominations to the World Archery Awards.

Brady Ellison, World Archery Champion, world number one, world record holder for the ranking round and Hyundai Archery World Cup Champion for a record fifth time in 2019, is a top contender for the recurve men’s award.

James Lutz won his first international event – the Antalya stage of the 2019 Hyundai Archery World Cup – and then won the 2019 Hyundai World Archery Championships as well. Teammate Braden Gellenthien was 4th at the World Championships, runner-up at the 2019 Pan American Games and is back to world number one after a consistent season. Both are in contention for the compound man of the year award.

The U.S. has two female compound finalists too: Alexis Ruiz is world number one after being the only archer to medal at all four stages of the Hyundai Archery World Cup in 2019 in her first season on the circuit and Paige Pearce  was runner up at World Championships and made history as the first bronze medalist at the Pan Am Games where compound made its program debut.

Ben Thompson also holds the World Archery Para Champion title and world number one rank and is a finalist for para man of the year. Thompson was honored as Team USA’s Para Man of the Year across all sports and set a team world record at worlds in 2019 too.

See a full list of nominees. The public voting portal is open until January 31, 2020 and voting is allowed hourly.

Award winners will be announced during the Indoor Archery World Series Finals on February 8th in Las Vegas.