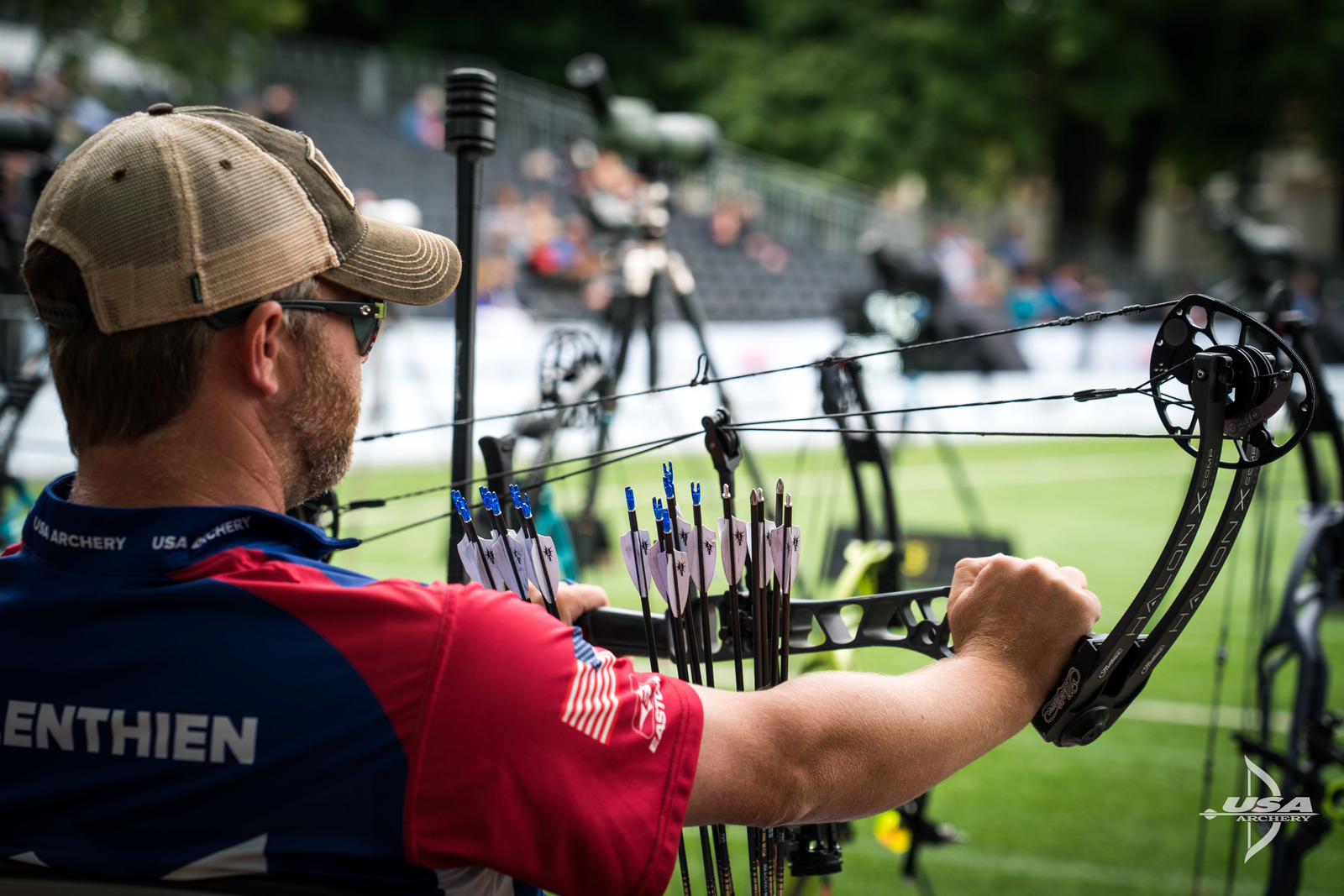 ‘S-HERTOGENBOSCH, Netherlands – The USA compound men are defending world champions in the Netherlands this week. They struggled a bit through today’s qualification round compared to other recent performances, but still managed to rank second and all have plans to be in peak shape for tomorrow’s matches.

“I was feeling really good coming into today, the last few days of practice have been really good and I’m acclimated to the time change, so I was primed and ready to go,” shared Braden Gellenthien, who ranked third overall with a 709. “I opened with a 57 and was like ‘what the heck are you doing, man?’ and then I shot a 59 followed by three 60s to get to 356, so I was in good shape for the second half; finished with a 353 with rough winds. I did the best I could and will be representing Team USA for the mixed teams so I’m happy about that.” 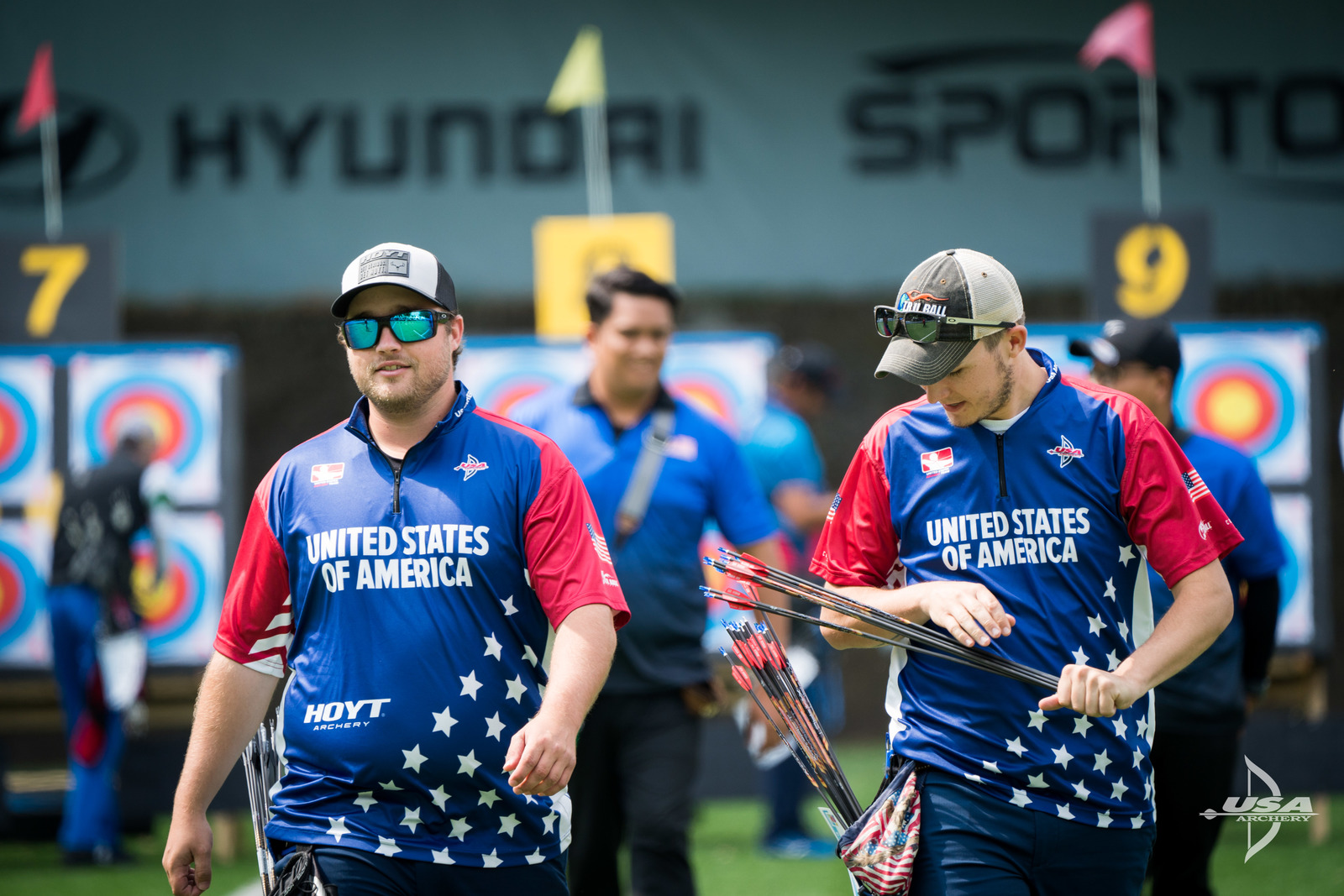 Kris Schaff, who was part of the winning team in 2017, qualified 14th with a 704 and James Lutz was 23rd with 703 to put the team second behind Korea. Hoping to defend their world title, Gellenthien added: “It’s a good start to getting back, the guys struggled a little bit today; I don’t know if it was temperature or the run that we’ve had the last couple of days, bows were a little out of whack, so we’ll probably spend a bit of time tonight and tomorrow working on cables, twisting things up. We qualified second, not on our A-games yet so it’s going to be an exciting week.”

Pearce, who led the U.S. compound women’s team to a 7th place qualification, finished 20th individually with a four-point swing in the second half to score 696. “Honestly, both halves felt about the same for me but I got more aggressive towards the end, which was good because I needed to and I was able to make a comeback. Today felt strong, I just had a few that were wide of the ten but felt like they would hit, so I feel like I just need to put in a little bit more work and be ready for tomorrow. Teammates Alexis Ruiz and Cassidy Cox finished 26th and 47th with 695 and 684 respecitvely. Cox also had a big upswing in the second half and will be feeling sharper for the matches.

In this morning’s early recurve matches, Jack Williams upset 9th seed Mete Gazoz of Turkey 7-1 to join 2nd seed Brady Ellison in the 1/16th round tomorrow. “In the first match my shots were rolling, I had a little left and right, but overall good groups and then in the second match I shot 29, 29, 29, 28. My shots were feeling really good and we’re ready for the team rounds.”

The top eight recurve teams at the World Archery Championships will secure the maximum three quota spots for their nation for the 2020 Olympic Games. The recurve women’s team fell 5-1 in their first match today, but the men are seeded 7th and compete tomorrow. The women will have another chance to qualify a full team.