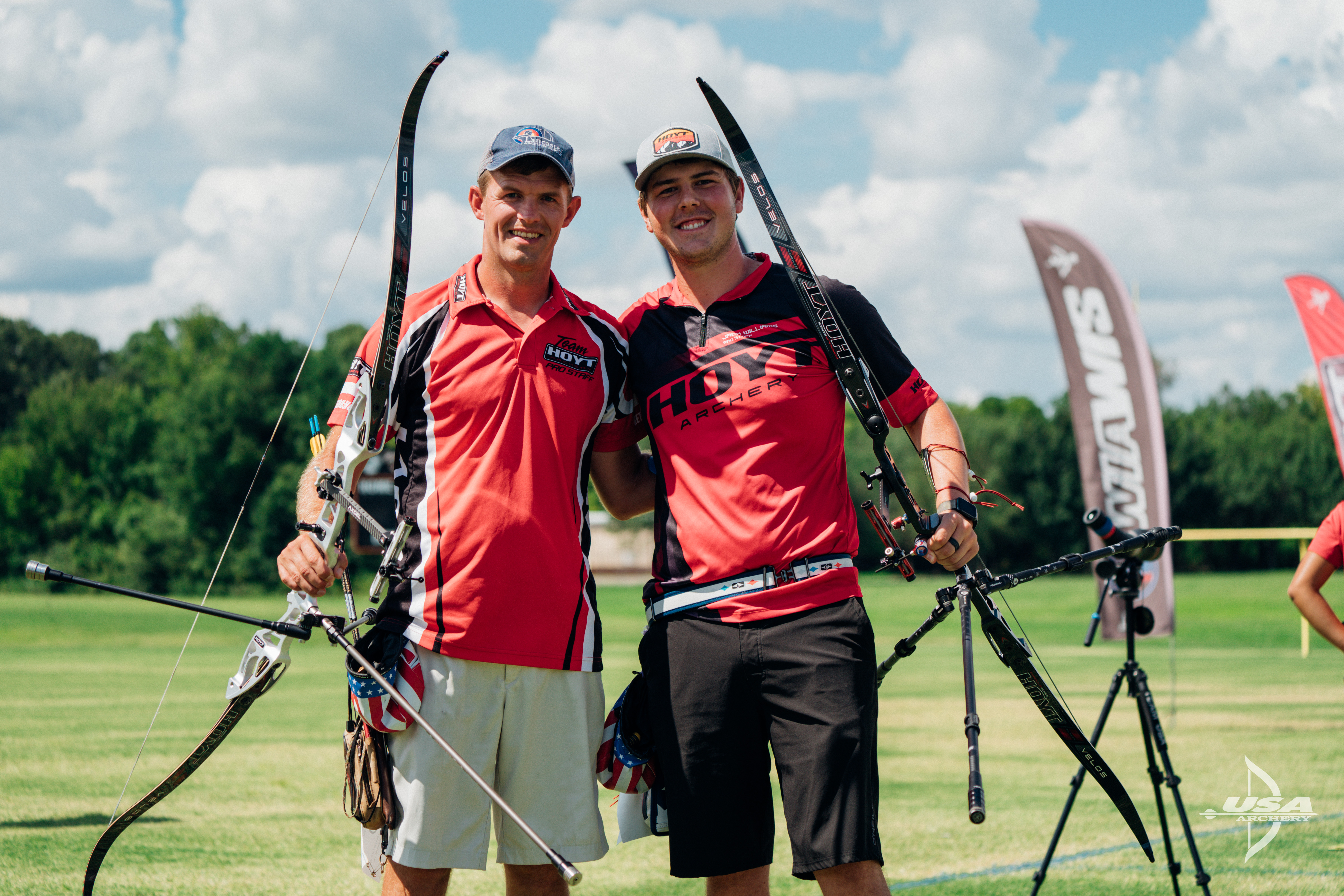 RICHMOND, Virginia – The 2021 U.S. Open saw archers face off in intense head to head bracket-style elimination matches. Another day of beautiful weather set the stage for great shooting and some serious competition.

Jack Williams took an exuberant win for the recurve senior men. Joining his Tokyo teammates on the podium, Williams outscored Jacob Wukie 6-0 in the final with two perfect sets of 30 points each. Wukie and Brady Ellison had a classic toe-to-toe semifinal matchup, splitting the first two sets and then going back and forth on set wins until Wukie advanced 6-4. Ellison finished with bronze in a shoot off against Joonsuh Oh.

Mackenzie Brown continued her streak of appearances in every gold final on the circuit this season (minus the Buckeye Classic when she was traveling home from the Tokyo 2020 Games) and after upsetting top seed Casey Kaufhold 6-0 in the semifinals, she advanced to take gold 6-2 over Alexandria Zuleta-Visser and Kaufhold finished with bronze.

The compound senior men’s bracket was tight all weekend, from intensely close qualification scores to a hyperawareness of the need to earn critical points towards placement on the United States Archery Team at an event where one arrow could cost everything. Both semifinal matches came down to one arrow shoot offs, with James Lutz advancing to the gold final over Braden Gellenthien and Steve Anderson over top seed Shawnn Vincent. Lutz sailed steadily to the gold in a 148-143 decision while Vincent claimed bronze in another shoot off. 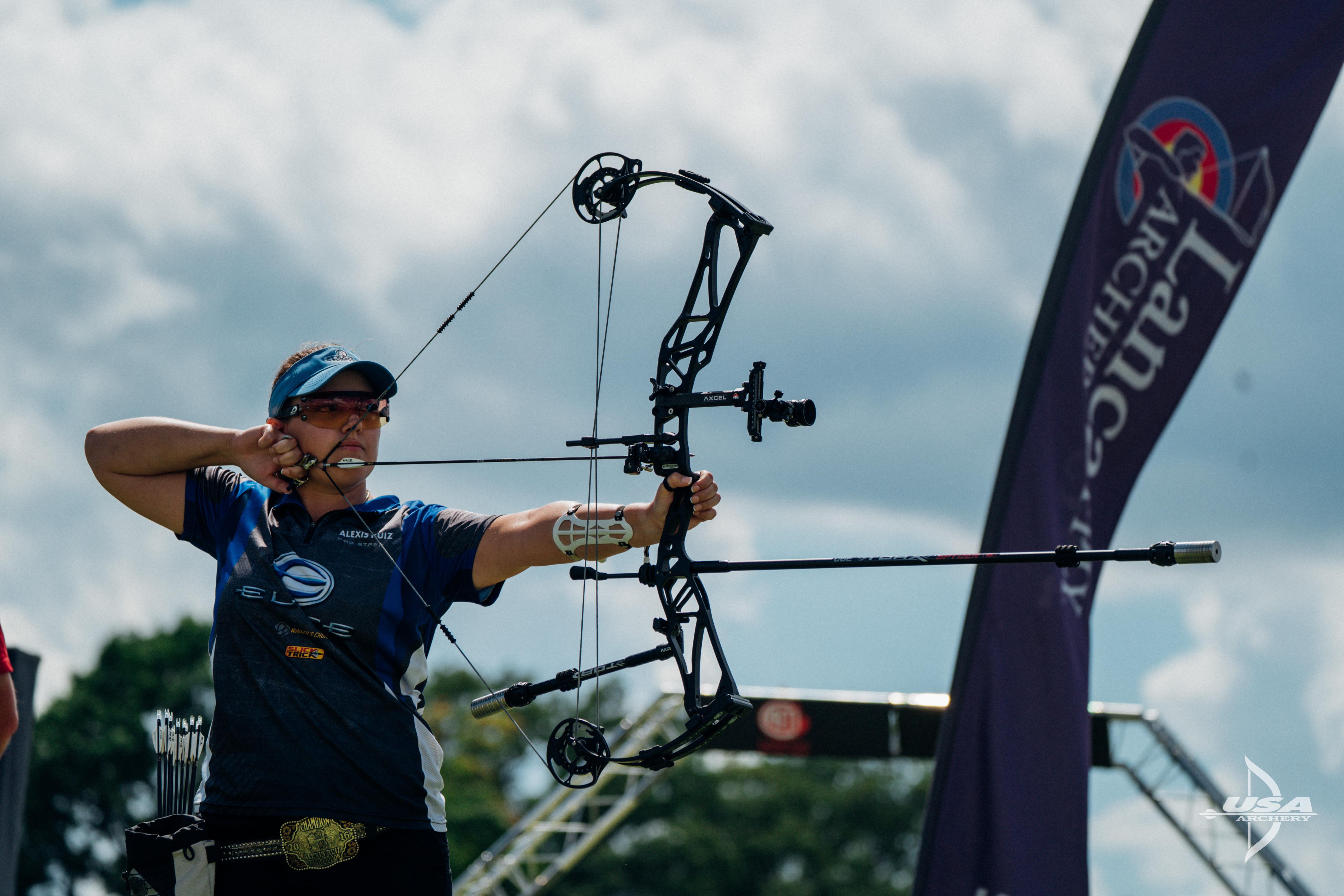 The compound women saw some major quarterfinal decisions as Alexis Ruiz knocked out Linda Ochoa-Anderson 146-145, and Tanja Gellenthien beat Paige Pearce 144-142. Ruiz and Gellenthien went on to shoot for gold, where Ruiz had a strong opening and quickly pulled ahead, winning 146-140. Ellison won bronze 147-145 over Savannah Vanderwier. The barebow men’s gold final had an emotional finish as Matt Yacca, in his first outdoor tournament, just edged out the legendary John Demmer III 6-4 in a tight battle. 11th seed Frank McDonough climbed to a bronze finish in a final shoot off against Jason Lintner.

Also new to the finals stage, the barebow women’s gold medal was won by 6th seed Samantha Gildenhuys. Gildenhuys climbed the bracket in a number of close matches that all went the full five sets as she upset the third seed in the quarterfinals and No. 2 and eventual bronze medalist Claire Xie in the semifinals before outscoring top seed Vijay Lakshmi Gottapu for gold. 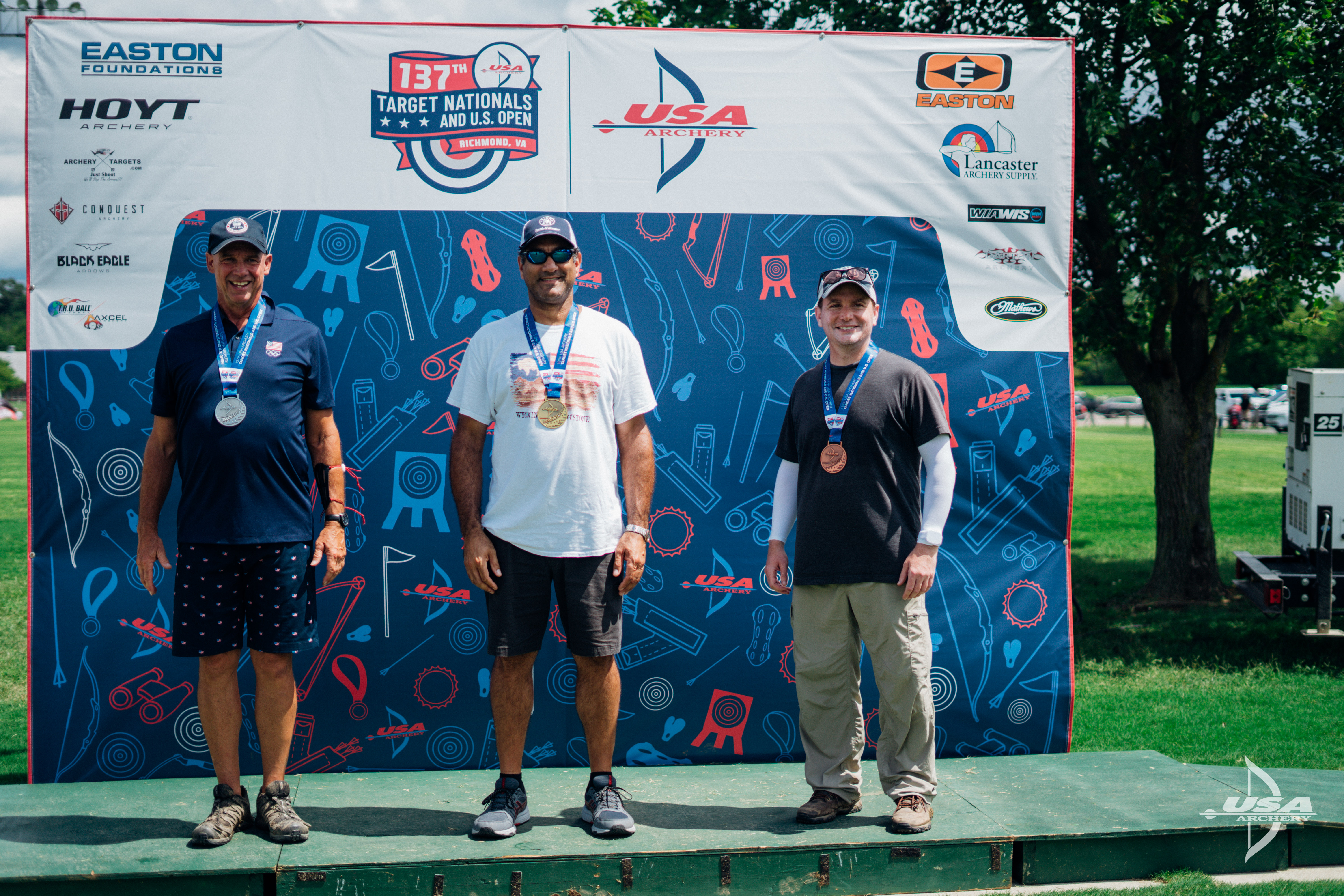 The masters divisions (50+, 60+ and 70+) were all combined for the U.S. Open. Top ranked Mark Williams took the recurve men’s gold over Thomas Hardin and Ron Gosnell finished with bronze. Tatyana Muntyan and Janis Grellner have gone back and forth recently, but Muntyan, who won nearly every event this season, returned to the top of the podium with gold in a 6-0 finals decision. Sue Bock finished with bronze.

There were some big upsets on the compound master men’s field through preliminary matches, but it was the top four seeds that made it to medal matches. Tim Gillingham, who set multiple world records in qualification, solidly swept up another gold finish over Kendall Woody and Keith Trail won bronze over Randy Patterson. 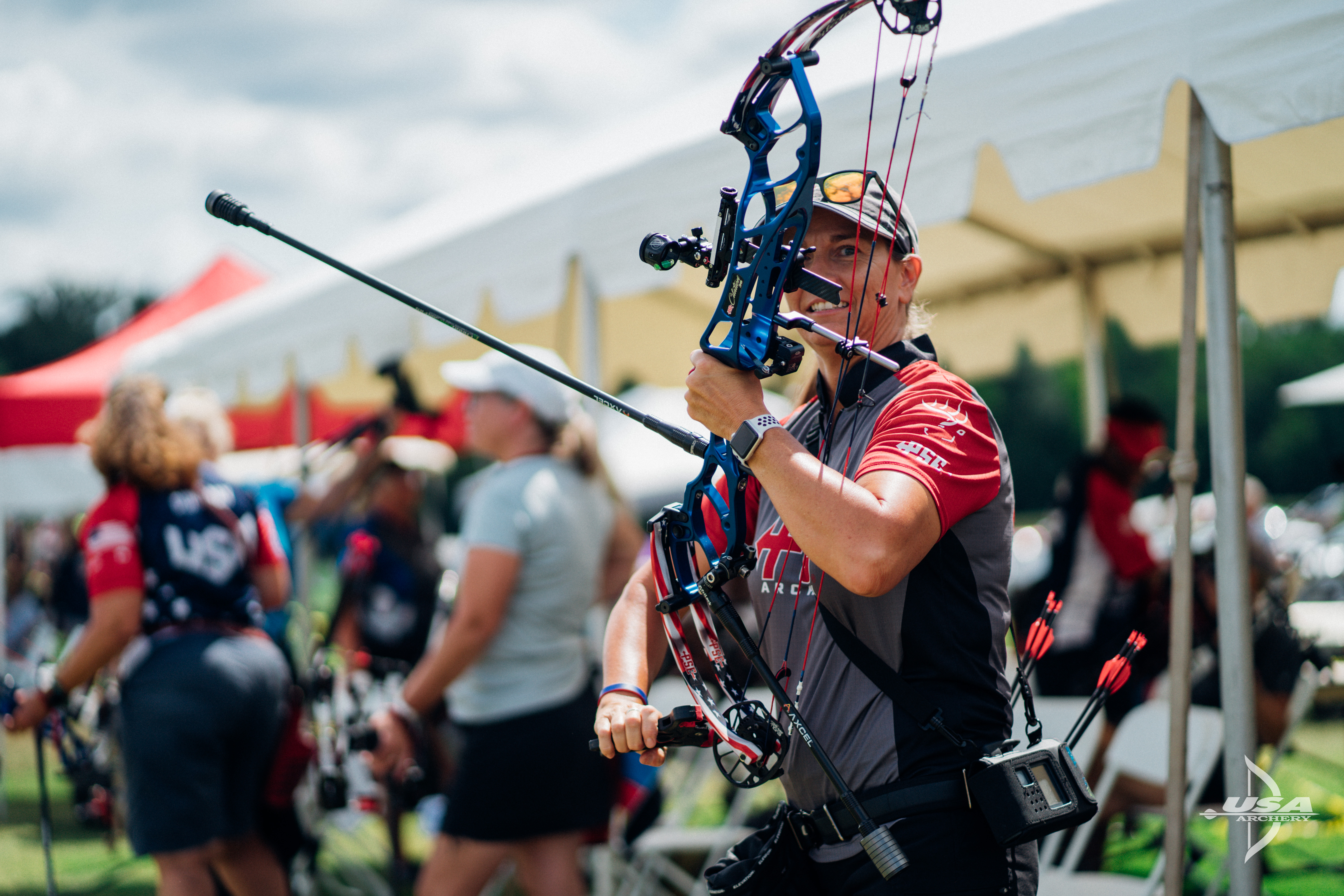 Debra Ochs climbed from 7th to silver for the compound master women. Season standouts Deanna Cronin and Alanna Dunaway joined her on the podium. Cronin crushed a 141-133 gold win, and with a 143 in the quarterfinals, she was the only archer in the division to break the 140 mark in match play.

Age was not a marker of skill for the barebow masters men as Richard Stonebraker claimed the gold 6-0 over Spanky Brooks while Tom Johnson won bronze 6-4 over Scott Bills. Sabrina Harrigan, who also scored a pending world record in qualification, took Virginia local Jenifer Stoner to a shoot off for gold, which Stoner won while Karen Holson finished with bronze.

Complete results are available on Between Ends and photos are on USA Archery’s SmugMug. The senior gold medal matches are available for replay via Competition Archery Media.