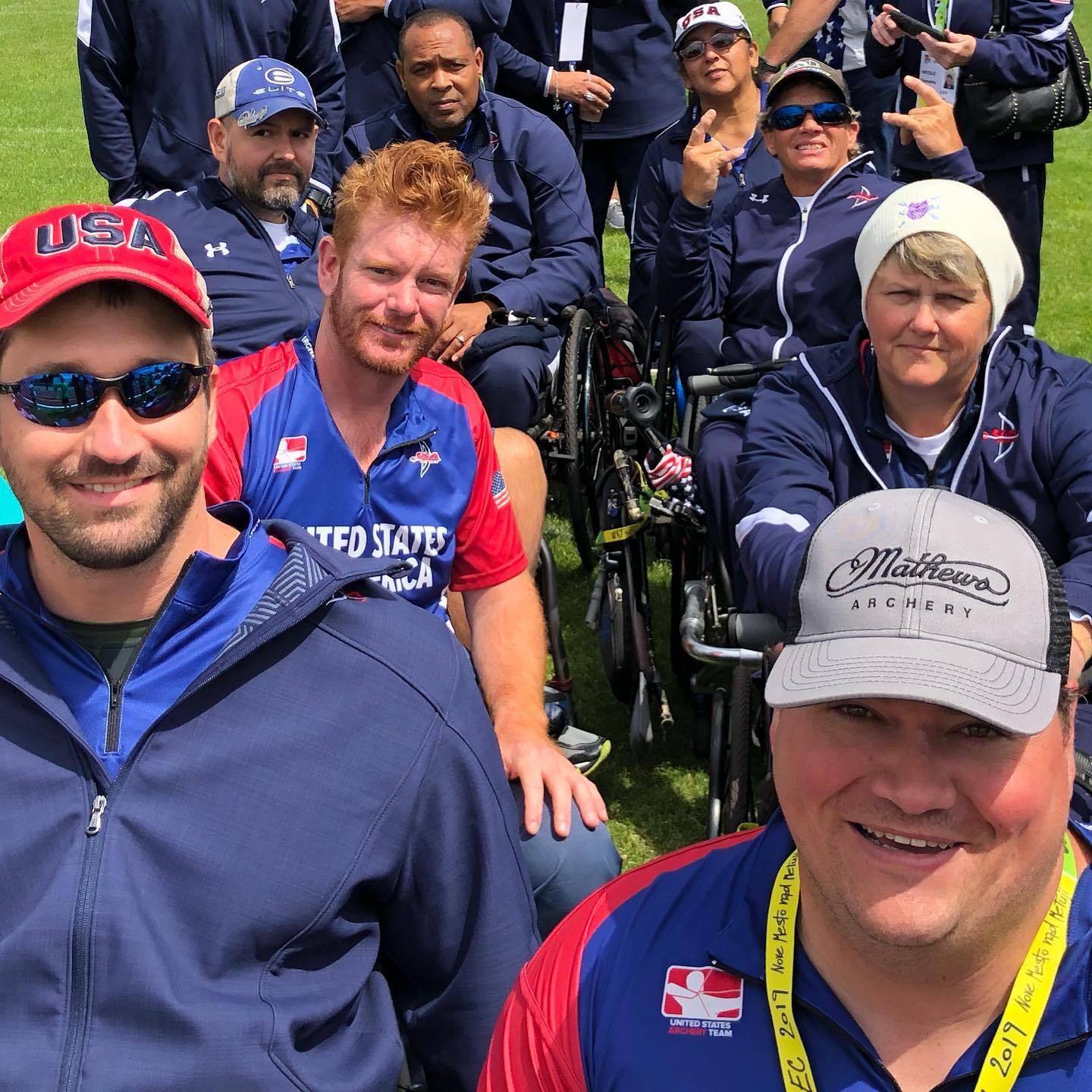 Matt Stutzman power jumped into the pole position for the compound open men with a 10-point improvement in the second half to score a 692 despite some tricky winds. Leading a strong USA performance in the Czech Republic for the Para World Ranking Event running alongside the second leg of the Para Archery European Cup, Stutzman, World Champion Ben Thompson, who seeded 3rd with a 688, and 11th seed Andrew Pike also solidly locked up the top team spot.

World record holder Kevin Mather, recovering from a challenging year, is back on the circuit and qualified 6th for the Recurve Open Men with a 610.

The World University Games, a prestigious multisport event kicked off qualification in Napoli, Italy, with a unique competition format featuring just two athletes from each nation in the men’s and women’s recurve and compound divisions for individual, team and mixed team events. Competition is stiff at this event, featuring many nation’s top world team members, who are also pursuing degrees.

Josh Isenhoff and Calvin Gross are seeded 6th in the compound team event.

World team silver medalist Cassidy Cox’s bow did not arrive for competition. The left-handed archer qualified with a borrowed right-handed bow but did not shoot several ends this morning. Cox and Klimitchek are resultantly seeded 15th for the compound women’s team event but should be a formidable duo in matchplay.