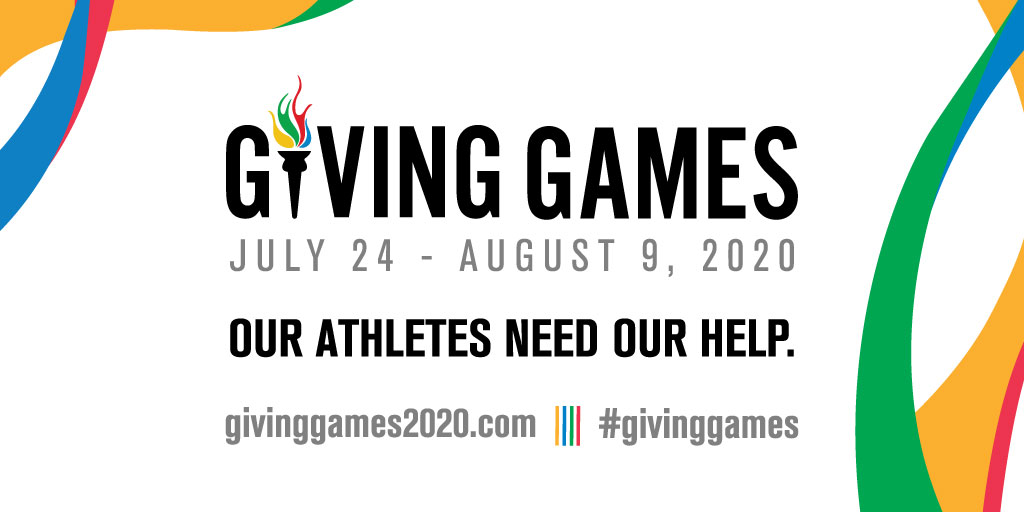 COLORADO SPRINGS, CO – Today, a number of National Governing Bodies (NGBs), the organizations that help train and support athletes in their quest to compete on Team USA in the Olympic & Paralympic Games, came together to announce the launch of Giving Games: an effort to support and sustain U.S. sports federations and their athletes on their journey to Tokyo in 2021.

Giving Games will launch on July 24, on what would have been Opening Ceremony in Tokyo. With the postponement of the Games, many U.S. sports and their athletes are facing extraordinary financial hardship and decision making, especially with the cancellation of most, or all, of their domestic competitions. Unlike most countries that receive government support, U.S. athletes rely heavily on the support of the community. Adding to the physical and emotional toll that a delay in competition places on their shoulders, their revenue streams, and hope for success in 2021 are now under threat.

“America’s athletes need our support to compete in 2021,” said Max Cobb, Chair of the National Governing Bodies Council. “At a time when America feels extraordinarily divided, this is an opportunity to come together in our common love of country and sport for the pursuit of success on the world stage, raising funds to directly support our athletes and our sports that sustain them, and their dreams, during this critical next year.”

“It is a critical time for National Governing Bodies to join together and enlist the help of others to navigate the difficulties that we are facing,” added Adam Andrasko, Chief Executive Officer for USA Artistic Swimming. “Our athletes need our help, and Giving Games is an important platform for raising funds necessary to support our U.S. athletes.”

All funds raised will either be a direct donation to a specific sport or general support for all sports which will be equally divided among the participating sports organizations. Fans and supporters can contribute to Giving Games in the following ways:

Giving Games will actively raise funds for athletes and their sports organizations during the original window of the Tokyo 2020 Games: July 24 - August 9. In addition to participating in the activations listed above, fans and supporters can also text ‘GIVINGGAMES’ to 243725 or make a donation online. Details can be found at www.giving-games.com.

Though recognized and supported by the United States Olympic & Paralympic Committee, the National Governing Bodies are separate organizations. The Giving Games initiative is not associated with or endorsed by the USOPC or the USOPF, and funds raised through the Giving Games initiative are used to directly aid the National Governing Bodies and the athletes they support.