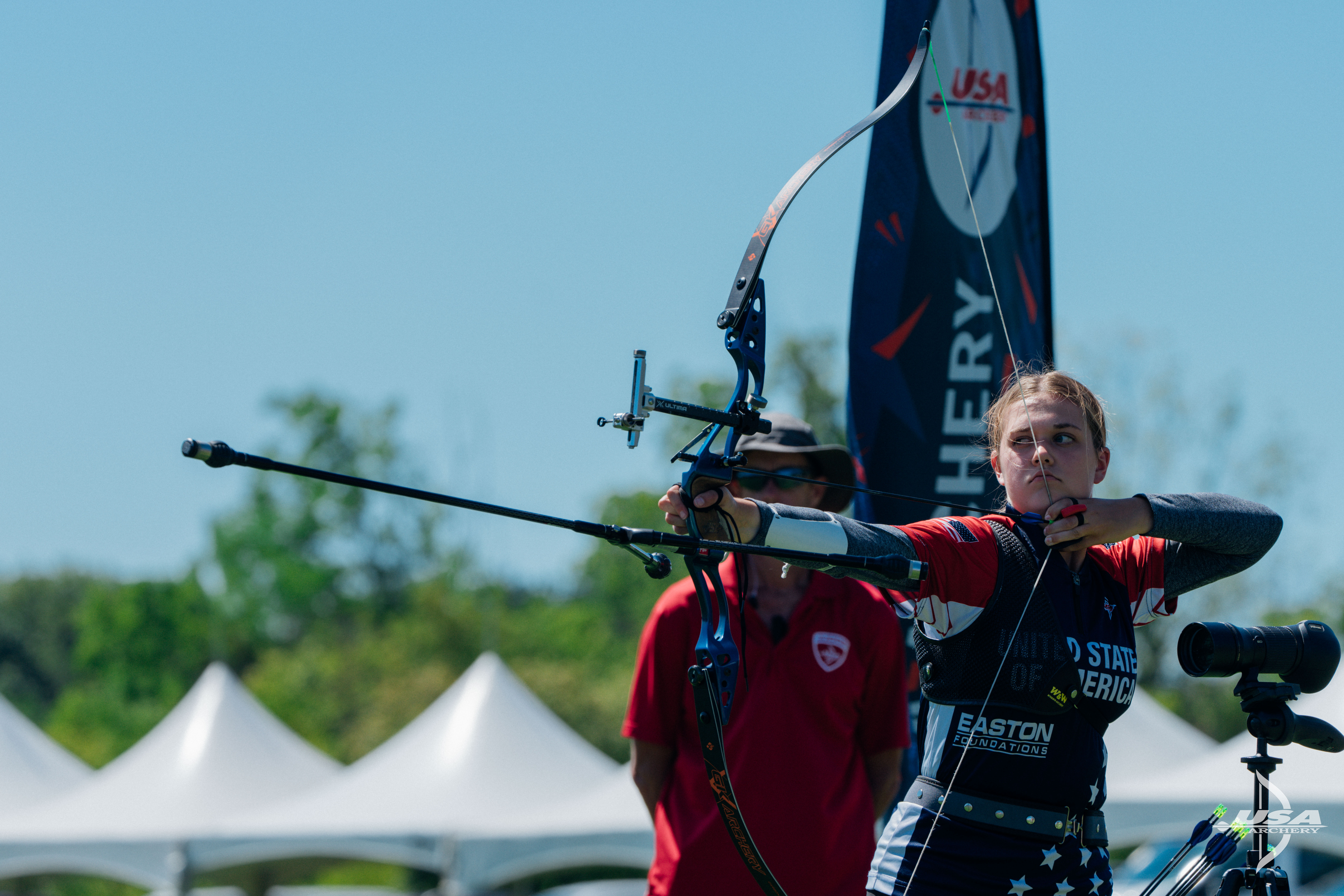 Both based in Seattle, WA, Gabrielle Sasai and Isabella Frederick faced each other in the finals. The duo was well-matched with Frederick winning 6-4. Frederick had defeated Akshara Vijay in the semi-finals 7-1. Vijay advanced to take the bronze 7-3 in her match against Savannah Vanderweir.

Nicholas D’Amour shot an impressive gold medal match against second-seed Brady Ellison. The St. Thomas native only dropped a single nine over three sets to win 6-0. D’Amour faced Olympic gold medalist Justin Huish in the semi-finals where Huish had a strong start, but then lost 4-6. Huish went on to win bronze, marking his first national podium finish since returning to the sport three years ago. 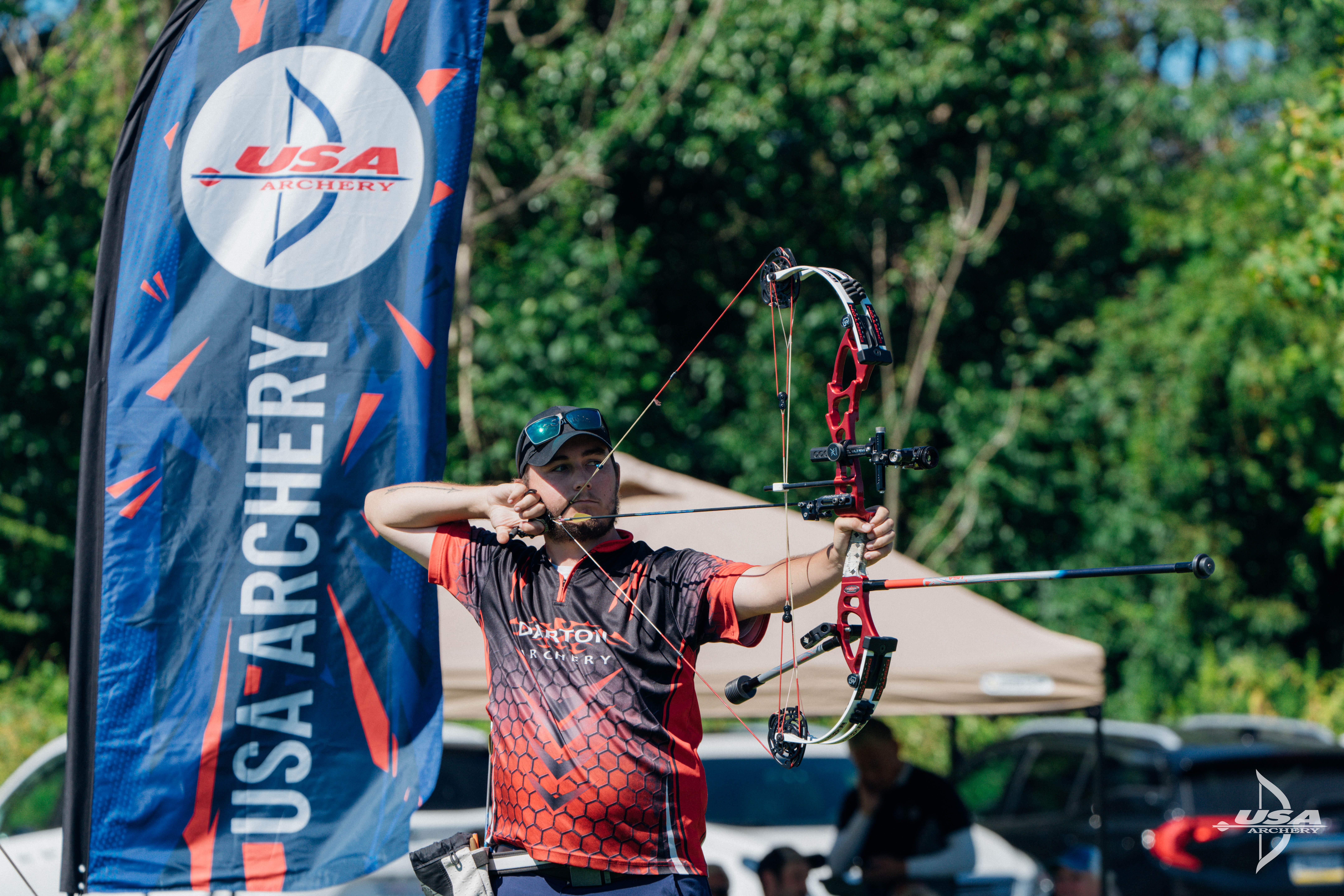 The compound men’s bracket featured a number of close matches from the quarter-finals to the gold medal match-up between James Lutz and Sawyer Sullivan. The finals came down to a single point difference after the duo shot perfect 30s closing things out with Lutz winning 148-147. With a solid third-seed qualification, Kris Schaff locked up the bronze.

Toja Ellison, the top-seeded compound woman, brought the gold home after a 145-144 win over Paige Pearce. The qualification round predicted the women’s placements 1-4, with third-seed Tanja Gellenthien picking up the bronze medal. 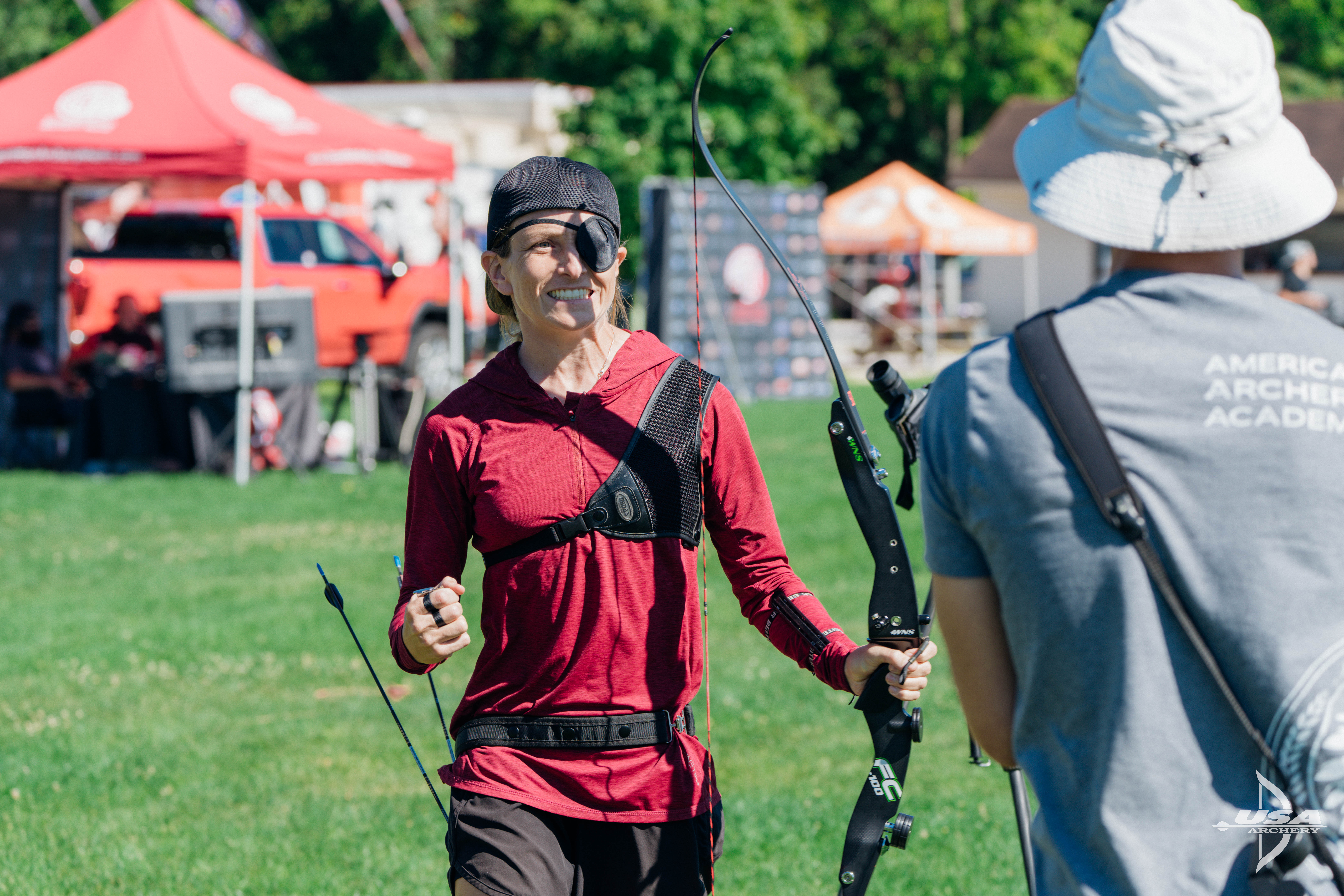 The barebow senior field featured newcomers in both the men’s and women’s divisions. The Barebow Project, First Flight Archery and sponsors funded a prize purse for the podium finishers.

Adding another first-place finish to his inaugural season of barebow, Chris Garcia faced Marcus Cooley in the finals. After splitting points, Garcia sealed the deal in the final two ends to win the match 6-4. Garcia had won 6-5 against top-seeded John Demmer III in the semi-finals after a single-arrow shoot-off. Demmer won bronze against second-seed Richard Stonebreaker. 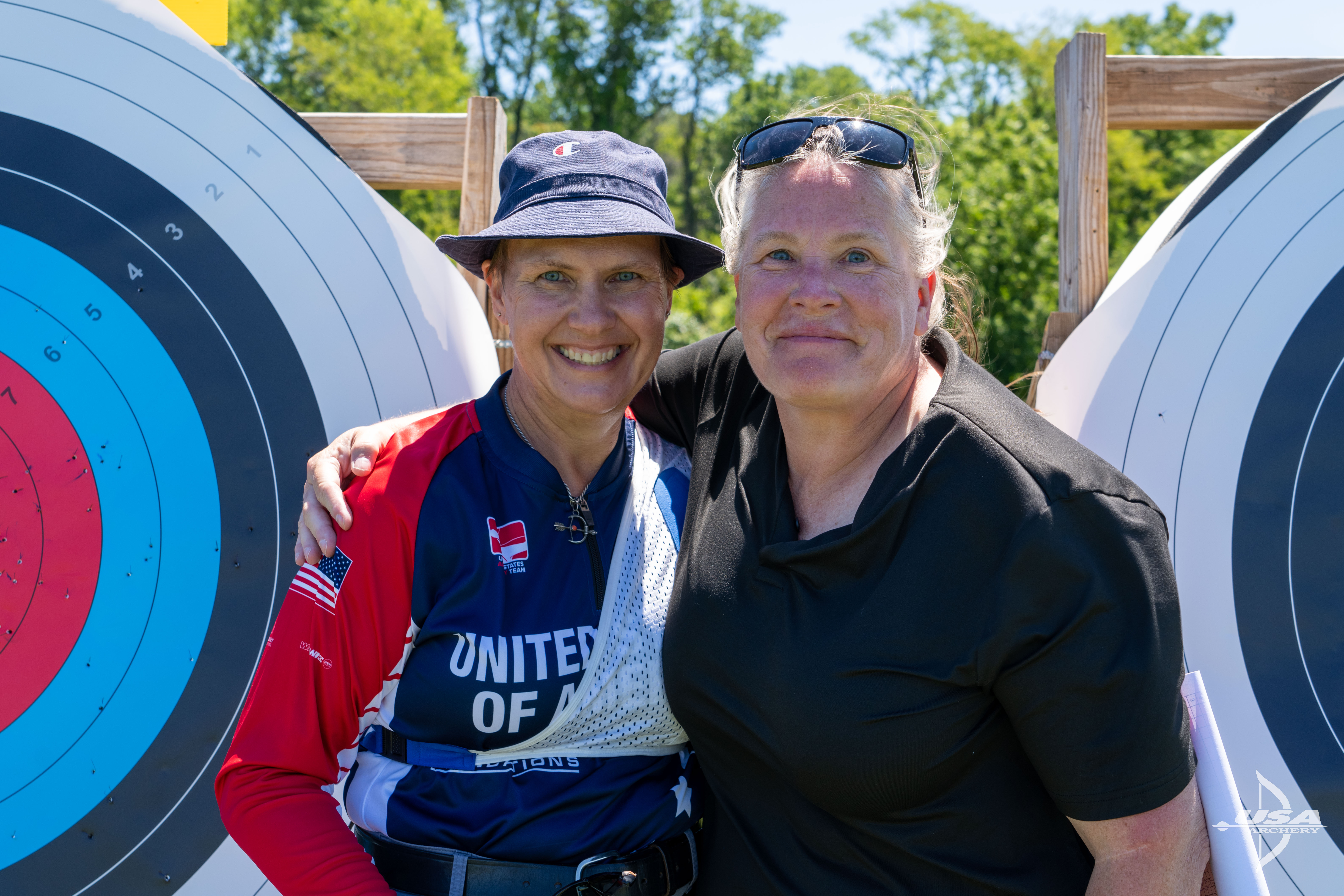 The top three recurve 50+ women all found themselves on the podium with Janis Grellner taking top honors followed by Susan Bock and Nicole Rasor. Guy Gerig lined up with Ron Gosnell for the 50+ men’s division winning 6-4. Mark Williams, who qualified first, rounded out the stage with the bronze medal.

Top-seeded barebow 50+, Sabrina Harrigan, took gold after a rousing round with Joy Burkhardt who climbed from a tenth seed to the silver medal slot. Steven Plummer made leaps and bound towards the podium, after defeating the number one seed Steve Oakley early on 6-5. Plummer won the gold in a decisive 6-0 match against Michael Holson.

Shooting compound 50+, Jena Miller and Tamara Fontenot duked it out to the very end tying in points at 134, but Miller took the gold after a shoot-off. Deanna Cronin won the bronze. Number one-ranked Robert Morgan won gold by a single point in the finals match against Adam Carlisle. Nieves Gonzalez followed up with the bronze.

Final results are available on Between Ends and photos are on USA Archery’s SmugMug. Watch the live replay of the senior gold medal matches on Competition Archery Media’s YouTube channel.