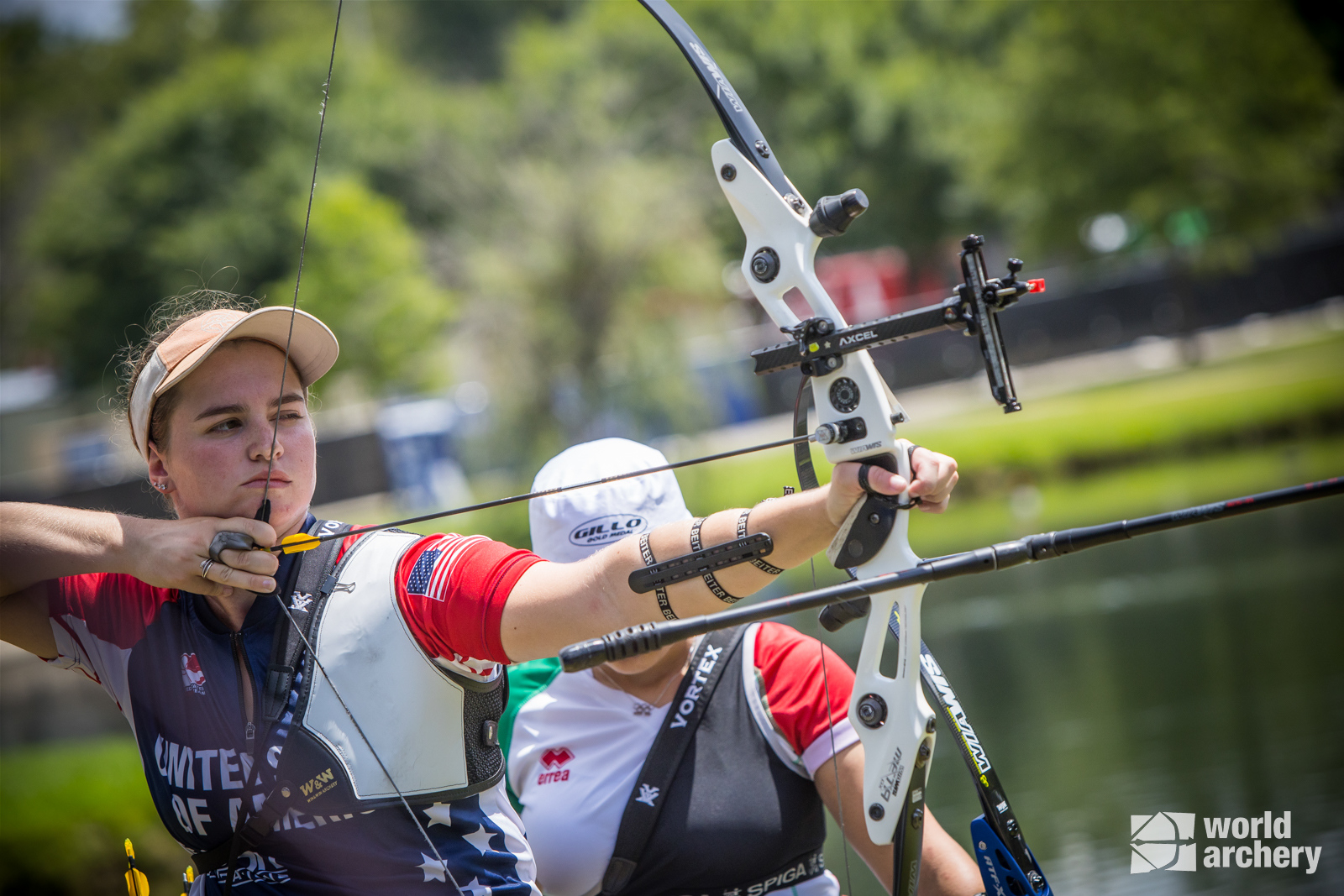 BIRMINGHAM, Ala. – Molly Nugent and Matthew Nofel, who both qualified sixth yesterday, put up strong fights on The World Games stage during the elimination round today.

The eliminations moved out of the woods and to a small lake in Avondale Park with flatter, clear-cut terrain. Competitors rotated through four different targets around the waterfront to compete in a sudden-death shoot-up format.

U.S. National Field Champion Nugent faced Olympian Gaby Schloesser of the Netherlands in her first match of the day. In a deficit after the first two targets, Nugent closed the gap and finished with an 89-85 victory over Schloesser.

Nugent’s second match ended with a score of 82-92 to third-seeded Chiara Rebagliati of Italy, garnering her a 5th place finish in her international debut.

“The World Games was so much fun. This is a totally different atmosphere than I’ve ever competed in,” reflected Nugent. “Not only do you meet archers from around the world, but you get to meet different athletes from around the world too. We talked with a lot of different countries that compete in different disciplines and sports that we don’t typically see here in the U.S. It’s a one-of-a-kind event to be a part of.” Ranked seventh, Sweden’s Jonathan Andersson took a first-round match win 85-79 over Nofel. Despite a steady score over the first three targets, Nofel couldn’t keep up with Andersson’s consistency at the end and he finished seventh overall.

Brady Ellison faced second-seeded Florian Unruh of Germany in a show match to determine which pool winner each will shoot against their semifinal match. Ellison scored a 90 to Florian’s 99 and it was decided that Ellison would face Great Britain’s Patrick Huston in tomorrow’s final four showdown.

The recurve field competition concludes tomorrow with the semifinals and finals, where archers will shoot at four marked targets. Results will run live throughout the event via The World Games and the finals will stream live on the Olympic Channel.