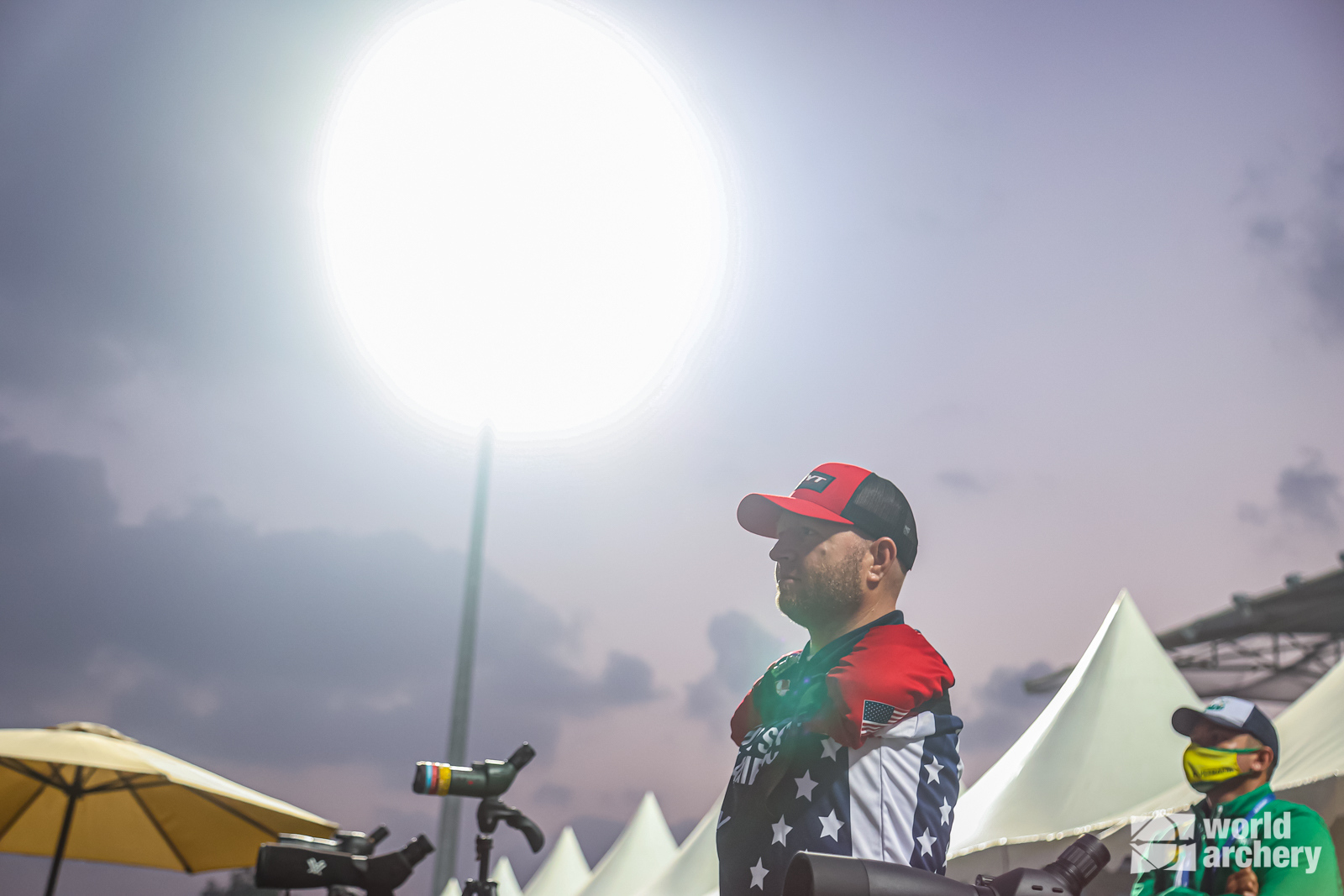 DUBAI – Three-time Paralympian and reigning world para bronze medalist Matt Stutzman will finally get his shot at the world champion title this weekend in Dubai. After suffering an equipment failure with his release during qualification and ranking 54th, Stutzman battle back through hard fought matches to earn a spot in the compound men open gold final against the Russian Archery Federation’s Aleksandr Gombozhapov.

After upsetting teammate Andre Shelby in yesterday’s preliminary matches, Stutzman continued through No. 22 Piotr Van Montagu of Belgium 142-133, Italy’s Matteo Bonacina 141-144, and tied Australia’s 3rd seed Jonathan Milne at 143-143. A perfect X on the shoot off gave Stutzman the quarterfinal win, and a 140-139 semifinal win over Iran’s Hadi Nori put his name in the gold final bracket.

Stutzman, star of the Netflix documentary “Rising Phoenix”, was born without arms and when he began archery more than a decade ago, there were no resources for armless archers. A pioneer and inspiration to so many, there are now three archers competing in Dubai this week without arms, and Stutzman’s opponent for the gold final, Gombozhapov, is one, as is Van Montagu, who Stutzman shot with earlier today. 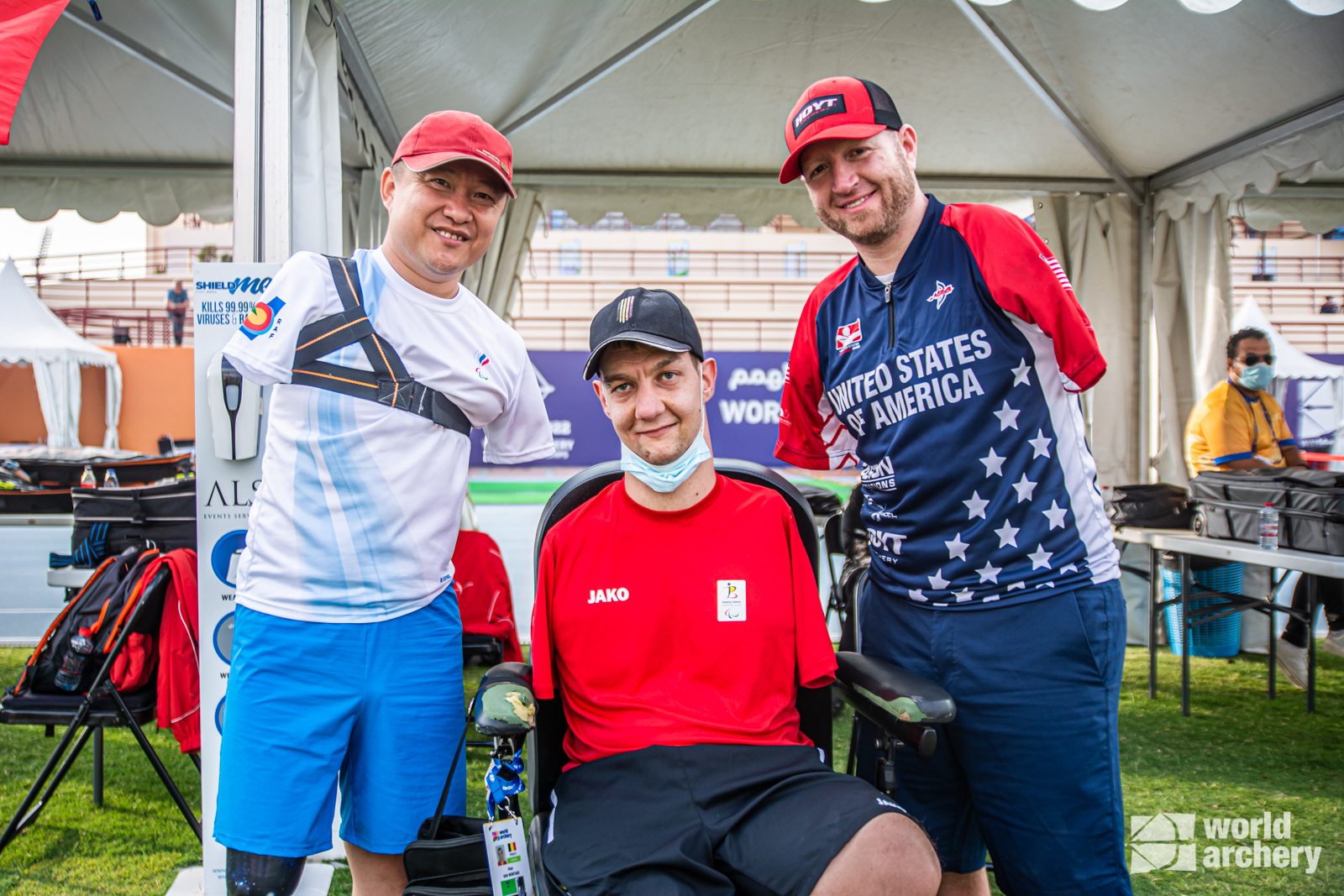 “It actually makes me feel pretty good,” Stutzman commented to World Archery, when told of the influence he had on his now-competitor. “I saw him for the first time here and I realized that he is very similar to how I began: the way he sets up his bow, the way he did his release.”

“To make the sport better you have to make an influence on people,” added the 39-year-old.

“To see that we have people who have no arms that are coming to shoot archery now, I almost feel like my work is kind of done. It’s never done, but it’s almost done. That’s why I do what I do. It’s an amazing feeling. Better than winning.”

After today’s competition, Stutzman commented on shooting against Gombozhapov for gold: “No matter what happens on the final day, I am a winner. The world is about to witness the impossible, two armless people shooting for gold on one of the world’s largest stages. Who would have thought?”

Earlier in today’s matches, reigning world para champion Ben Thompson climbed from a 12th place seed to upset No. 5 Ramezan Bibiani of Iran 144-136 before he was stopped 140-138 by Gombozhapov in the quarterfinals, finishing 7th overall for the event. USA’s compound women open lineup all went out in the 1/16thround. In the debut doubles team event, Thompson and Shelby finished 6th and Martha Chavez and Erev King finished 9th among the women. King and Shelby were also 9th for the mixed team competition.

Competition resumes tomorrow with qualification for the recurve open and W1 divisions. Medal matches will be broadcast live Friday-Sunday via World Archery TV. Stutzman will shoot for gold Friday night in Dubai. Live results from the competition are available on the World Archery website.