An Archery Journey: Noah Cuevas’s Path from 4H to JOAD to Collegiate Scholarship

Noah Cuevas, a collegiate archer at William Carey University, began his archery journey in 4H and worked his way through the National Archery in the Schools Program (NASP) and Junior Olympic Archery Development (JOAD) on his way to competing at the college level.

Noah started in 4H in elementary school and when his sister joined a few years later and picked up archery; “It was because of her original interest in archery that I found mine; every time she would practice in our yard at home I would always try to shoot her bow when she took a break, even though it was comically too small for me. My parents noticed my interest in archery and decided to get me my own bow.”

Through 4H, Noah’s family met Jason and Renee Roberts. “4H is an excellent entry point for young children who are interested in archery to learn the basic fundamentals,” shared Noah. “The Roberts wanted a club for children who had mastered the basics and wanted to move on to the next level. This led them to found the first JOAD club in Mississippi, Southern Draw JOAD.”

Noah joined the JOAD Club at Southern Draw and the NASP program at his school. “The thing I like most about JOAD is the versatility of the club as a whole,” commented Noah. “There is a place for everyone no matter what type or style of bow they shoot.”

JOAD develops skills that lead to competitions at the local, state, regional, or national levels or progress into elite training opportunities such as the Regional Elite Development (RED) Program. JOAD athletes can continue their archery journey after high school in a Collegiate Archery Program which can be a varsity team with scholarships, a club sport or student organization on campus.

Joining both programs allowed Noah to explore different equipment options, skill development and tournament opportunities. On the benefits of NASP, he added: “What I liked most about NASP is the level playing field it offers to both archers and schools. Having the same equipment ensures that no school or archer has an advantage over another simply because of the equipment they have.” 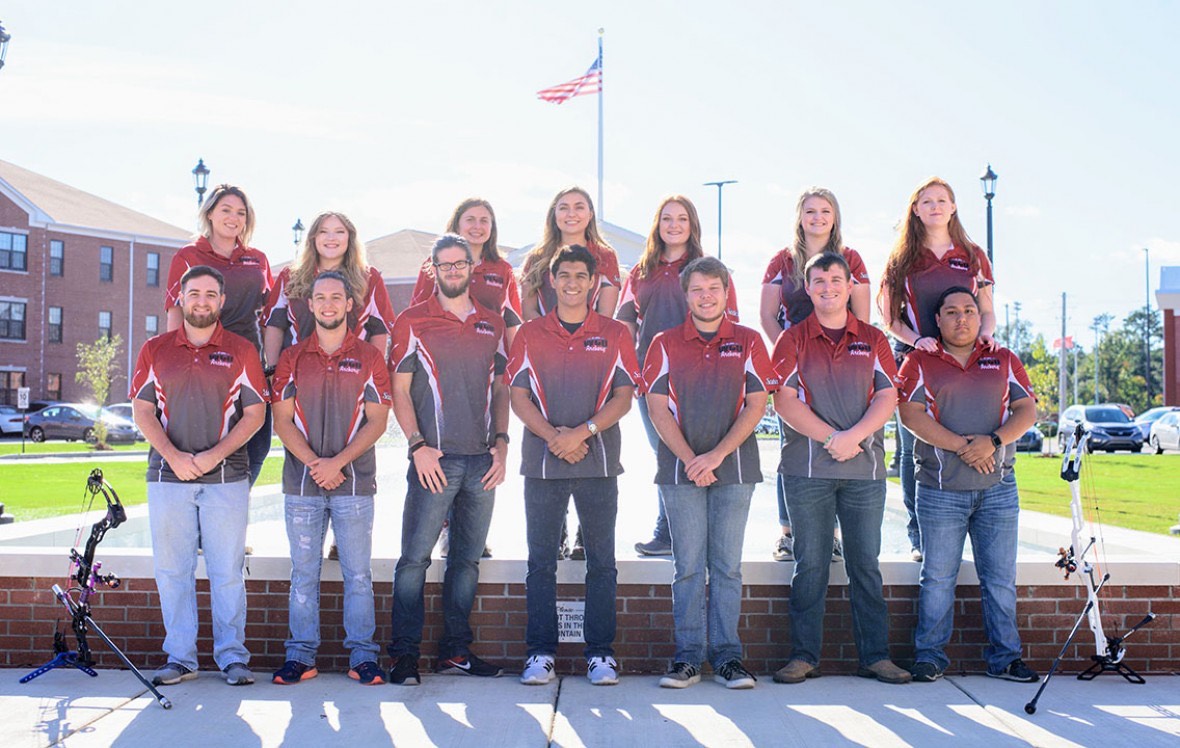 After several years of competition, Noah was offered a scholarship to William Carey University for archery, which he credits to his participation in NASP and JOAD: “Every year, southern Mississippi schools have their NASP state qualifier in the Forest County Multi-Purpose Center in Hattiesburg, MS. William Carey hosts this event and the coaches, Mr. Johnnie Stinson and Mr. Darryn Cook go there every year to talk to archers who may want to shoot on the collegiate level.”

On his first season of collegiate archery, Noah shared: “I can definitely say it’s unlike any other program I’ve been a part of. The level of competition is much higher than anything I’ve ever experienced and that’s not a bad thing; I believe that the best way to grow as an archer is to be challenged. The other thing that is new to me about shooting on the collegiate level is the fact that my team travels all over the country for different tournaments. This year our team went to Alabama for the National Collegiate 3D shoot, Texas for Indoor Nationals. The opportunity for me to see different parts of the country doing what I enjoy is something that I am very thankful for.”

Noah’s journey through of athlete development from 4H to NASP to JOAD to Collegiate Archery is impressive and inspirational. His advice to others is: “Go to as many archery tournaments as you can while you’re in high school. I’m not just talking about national shoots either. In my experience, I received the most advice, met the friendliest people, and had the best time at local shoots. This is especially important if you intend to go to a local college to shoot archery; if you go to local tournaments and do well, your name will get out there.”

He also added: “The final piece of advice I have for anyone wanting to shoot on the collegiate level is to not forget about your grades. Good grades and a solid ACT/SAT score are incredibly important to have when trying to make a collegiate level team, because not only do you have to make the team, you first have to be accepted into the college.”